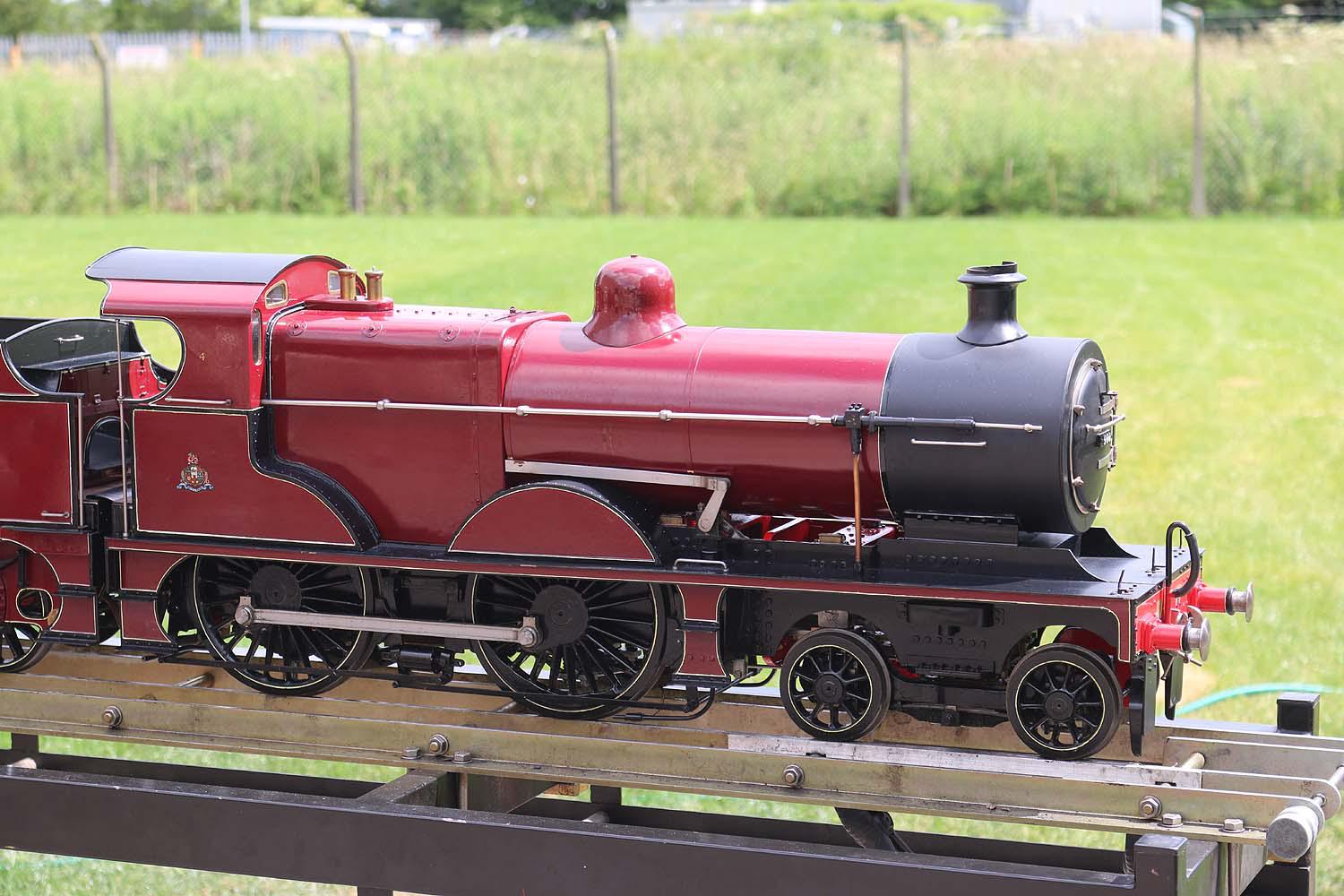 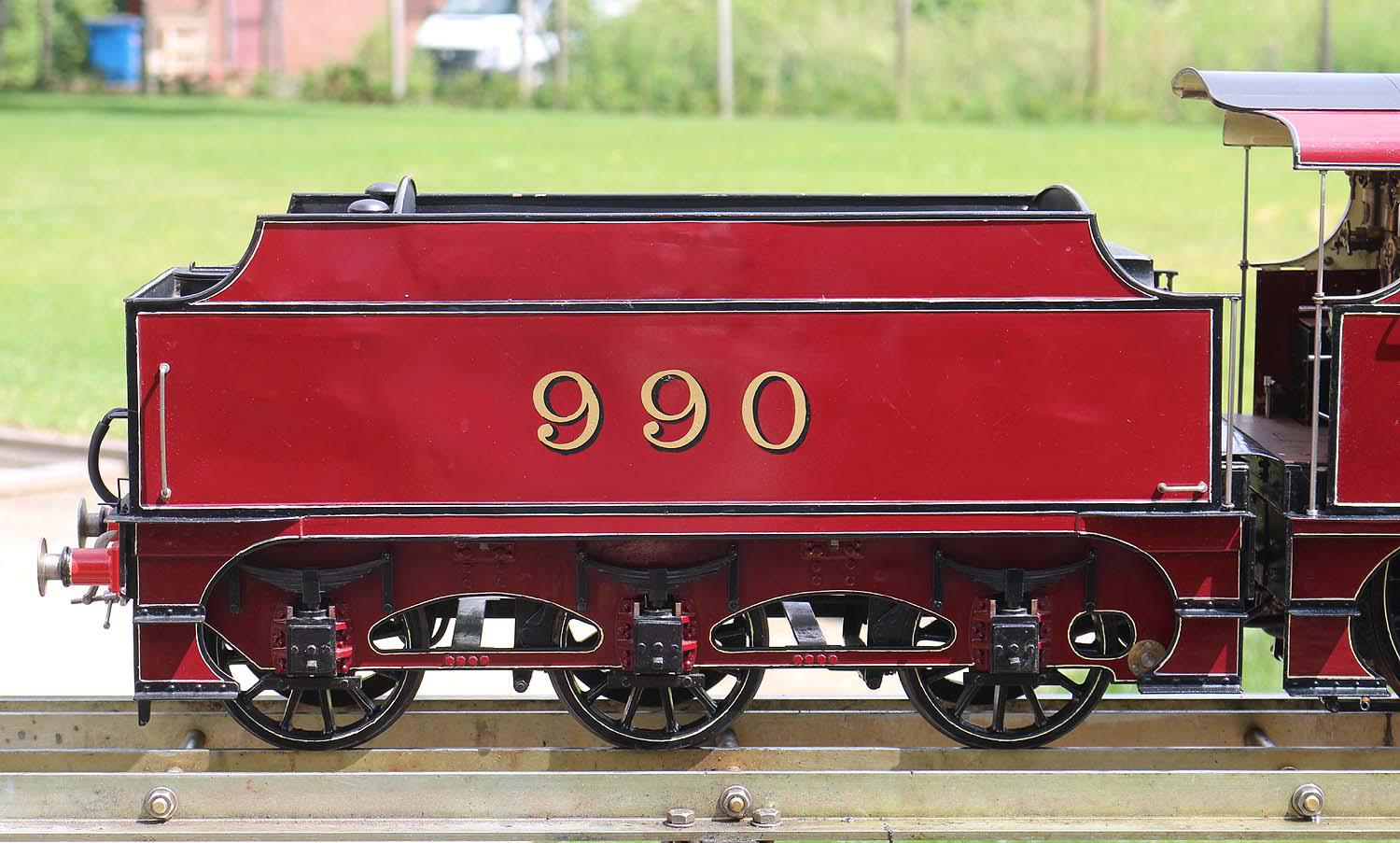 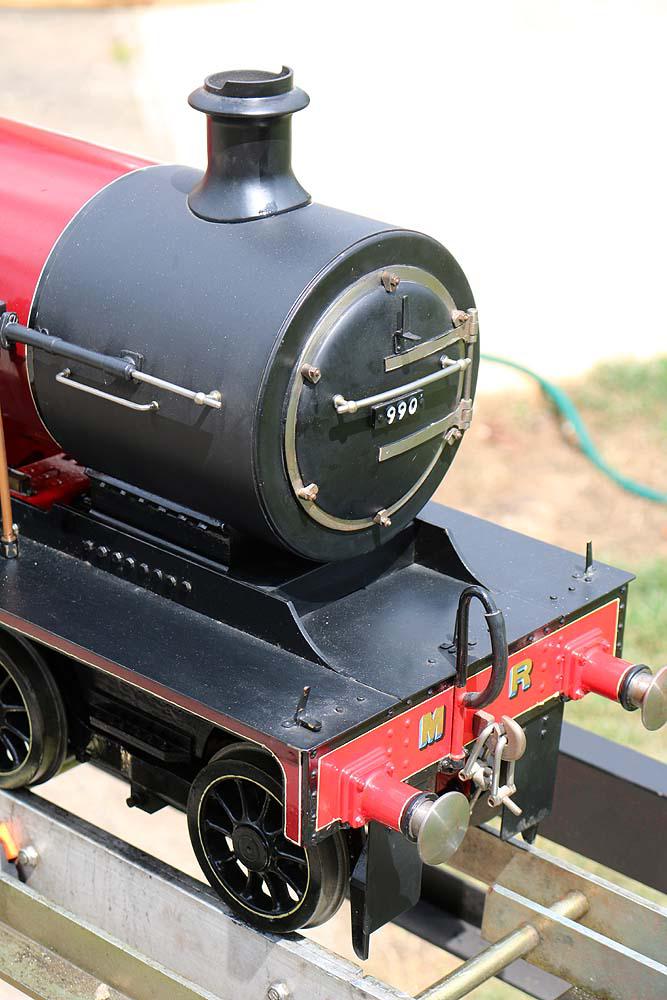 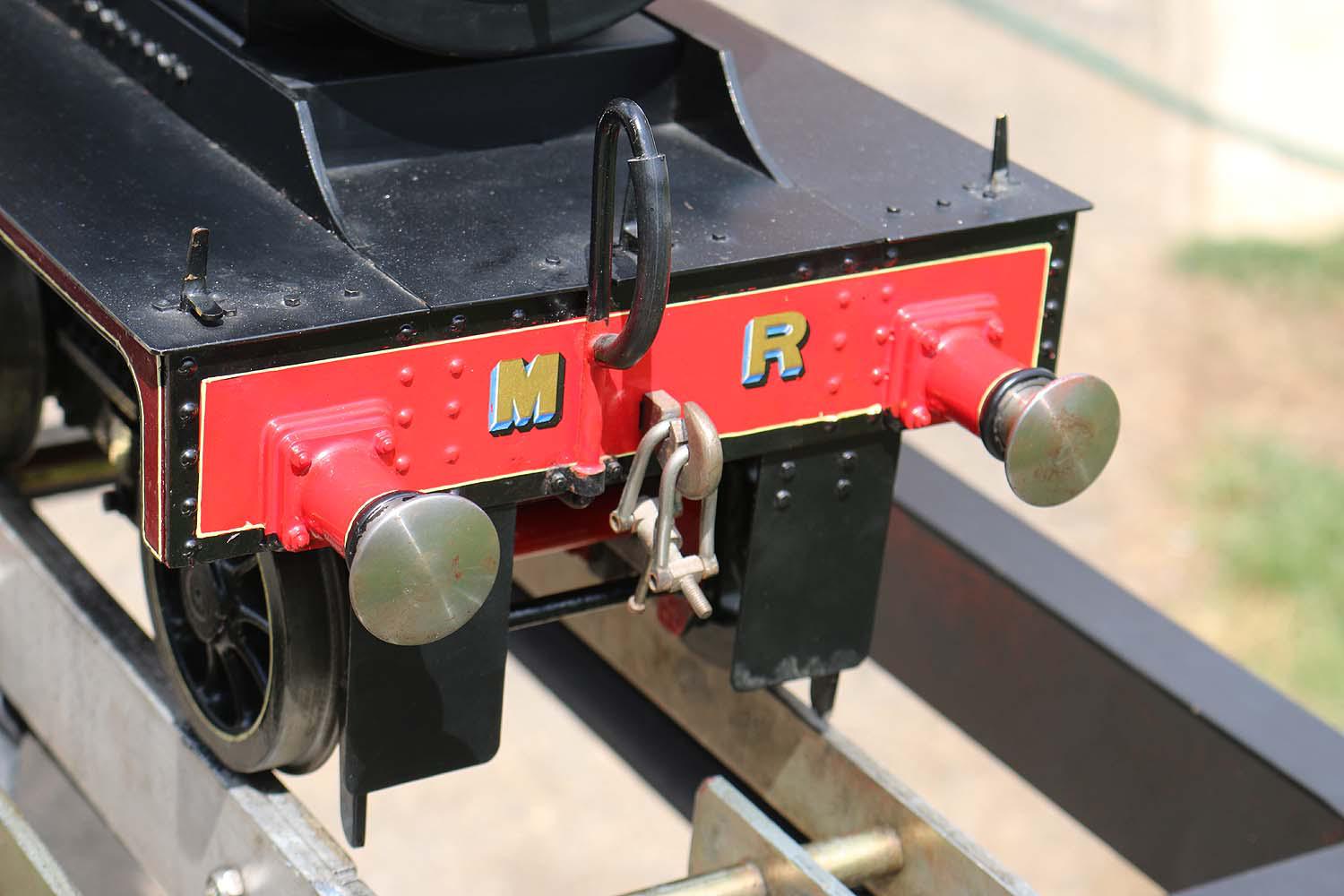 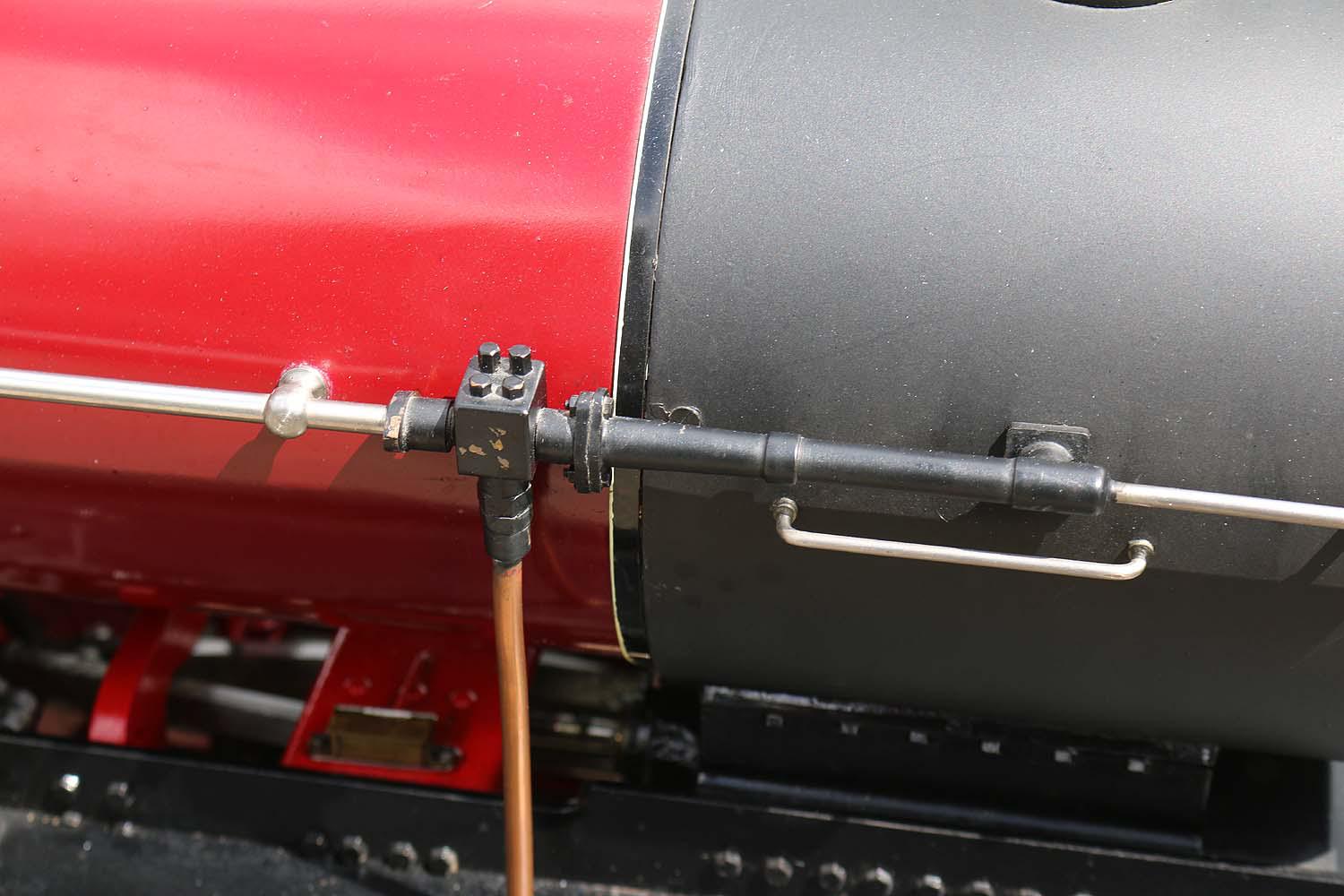 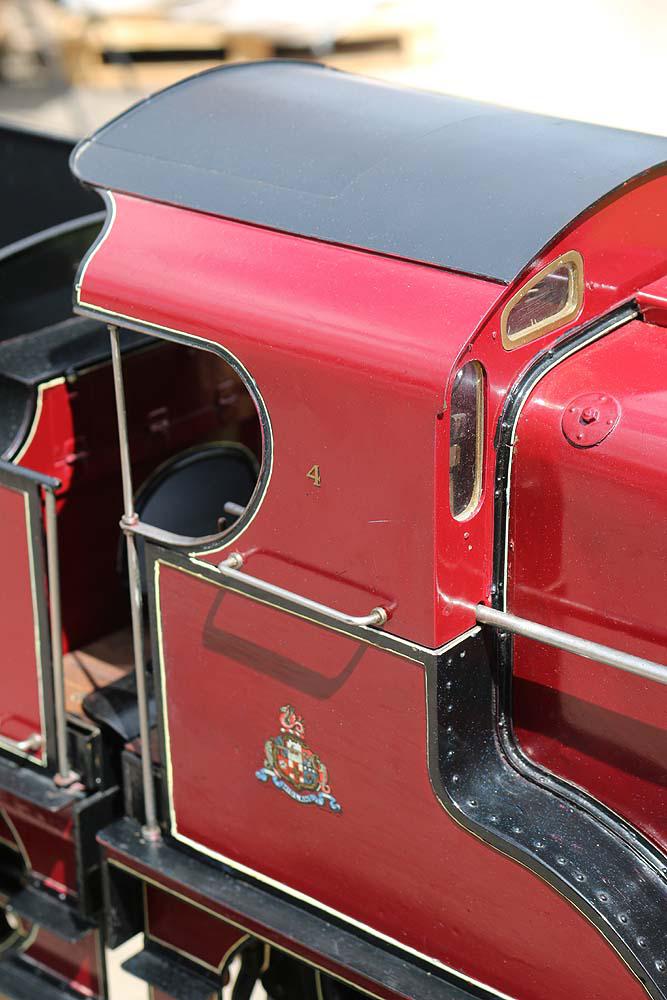 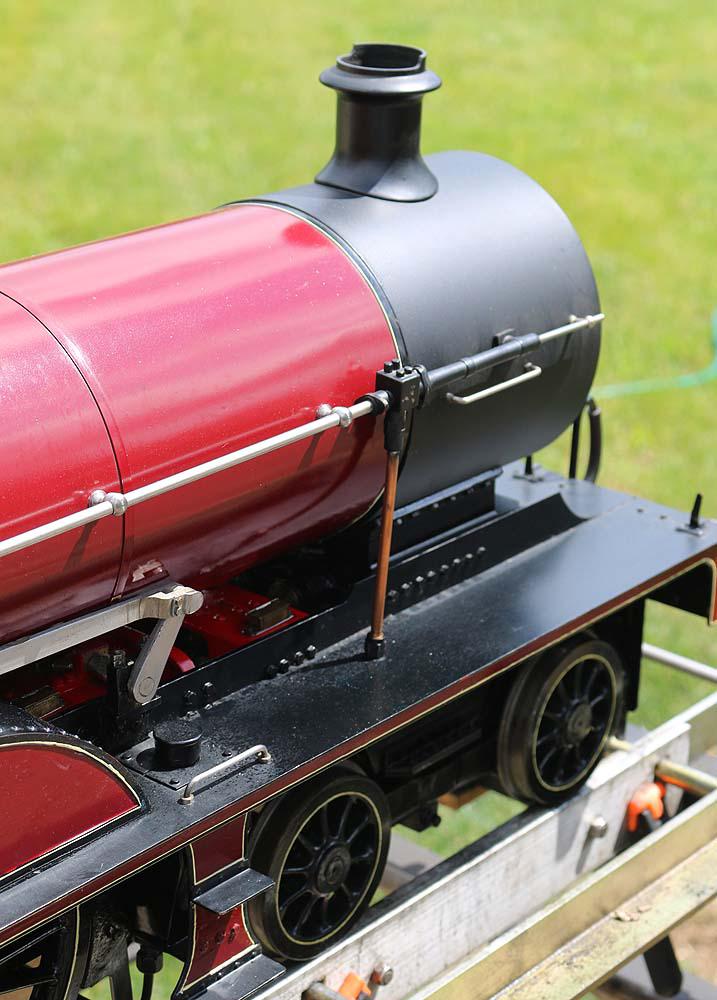 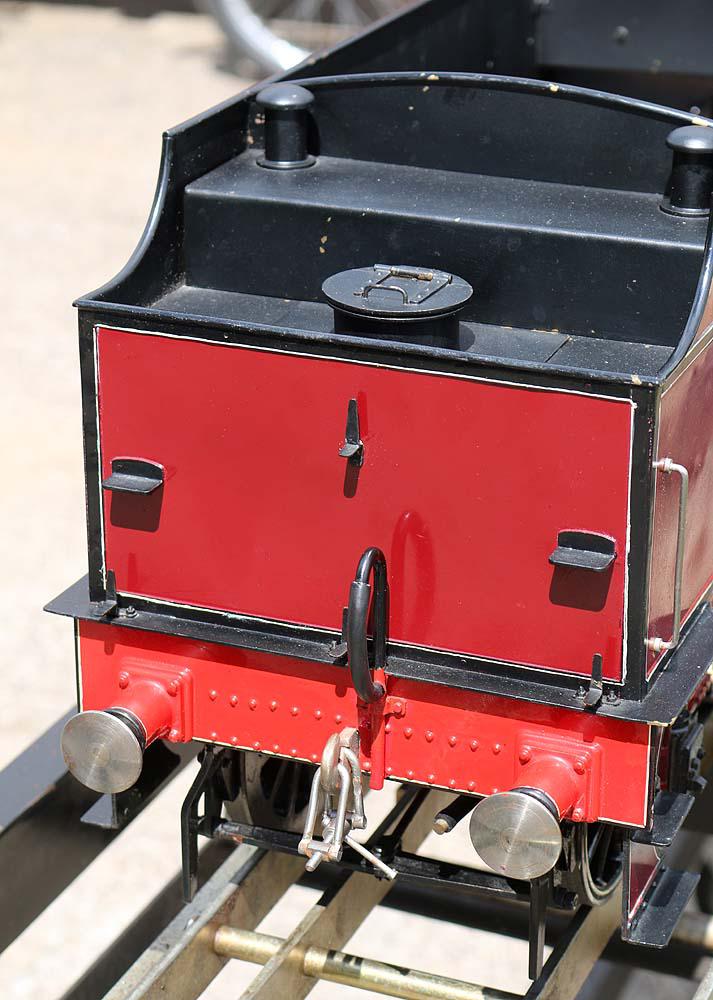 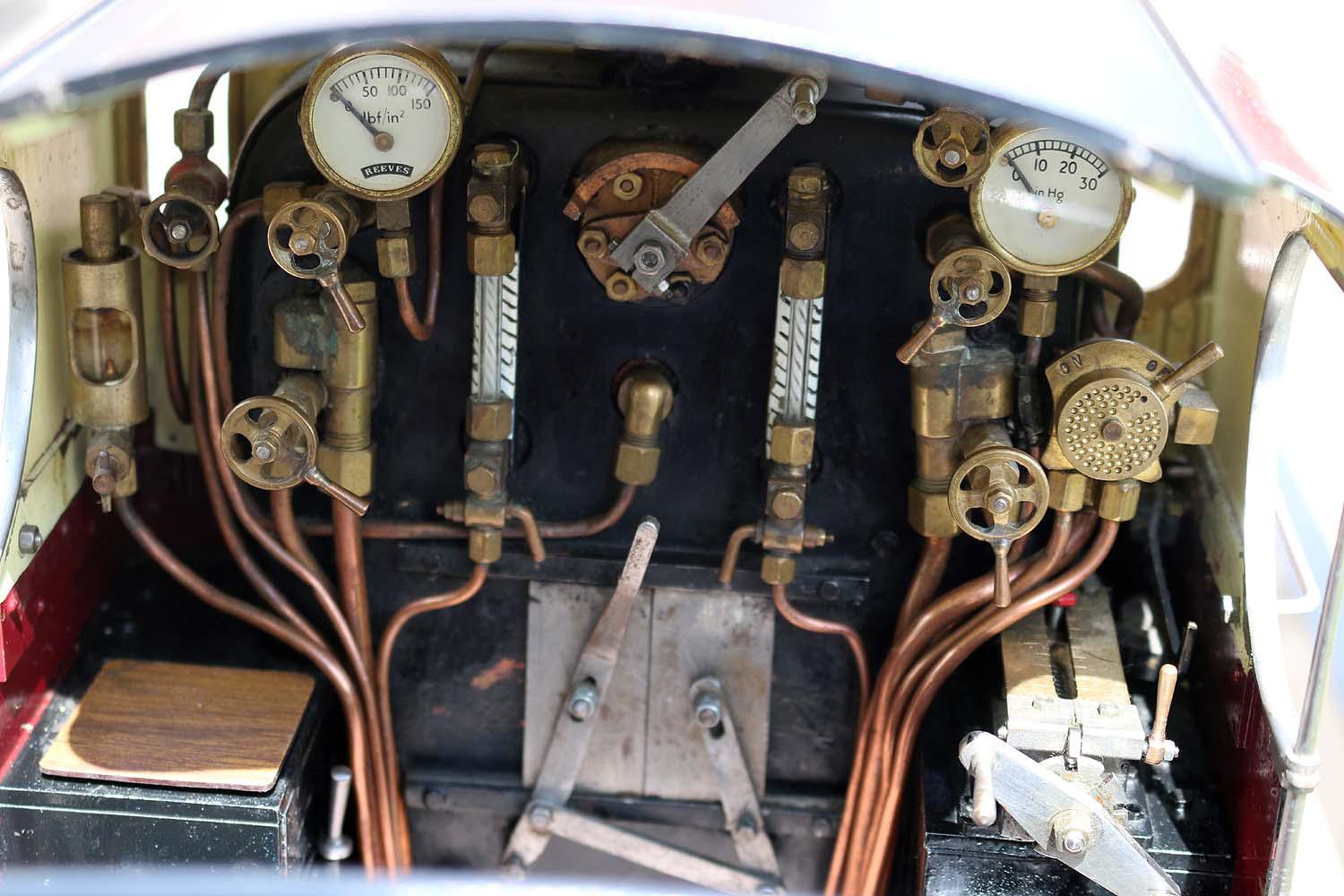 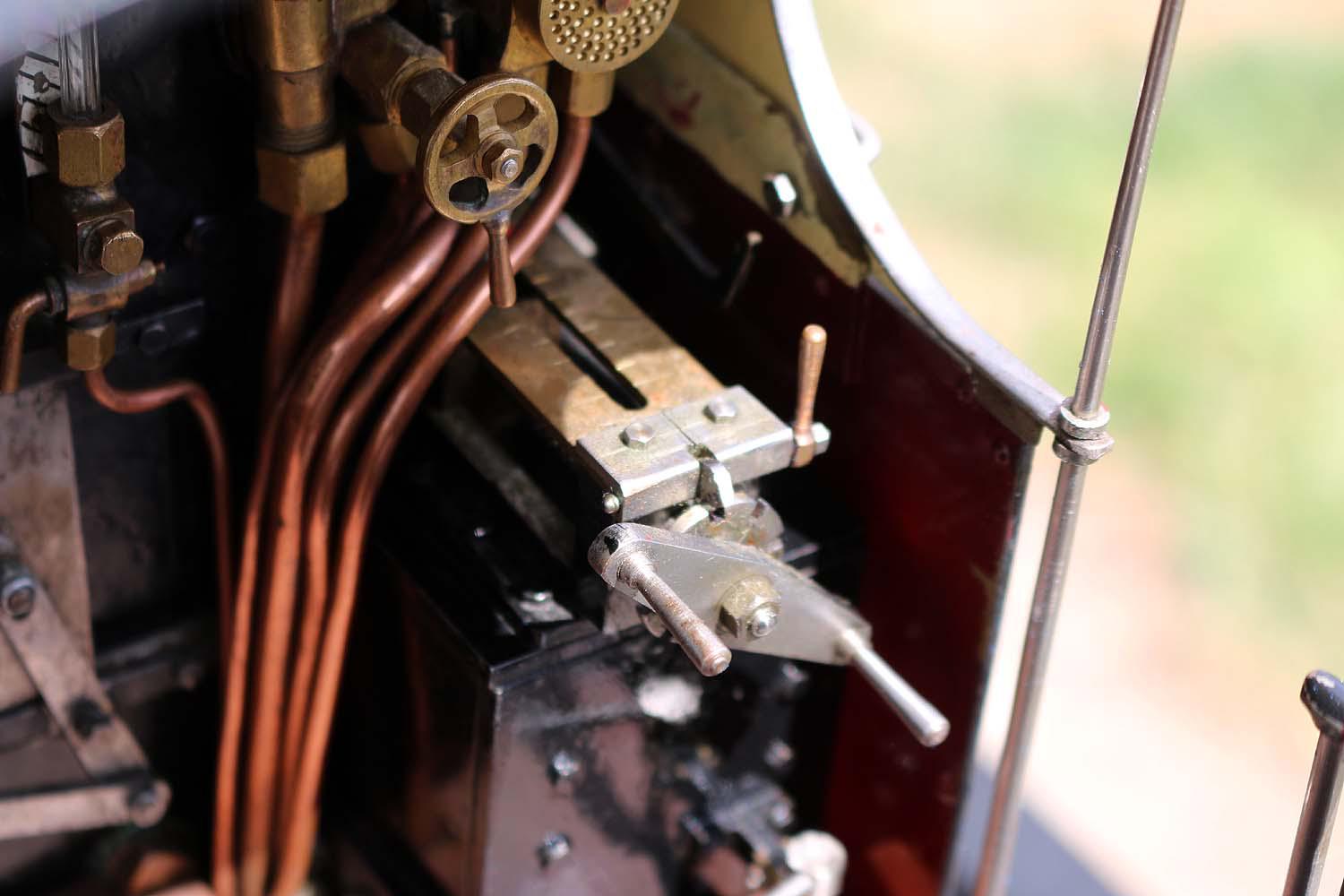 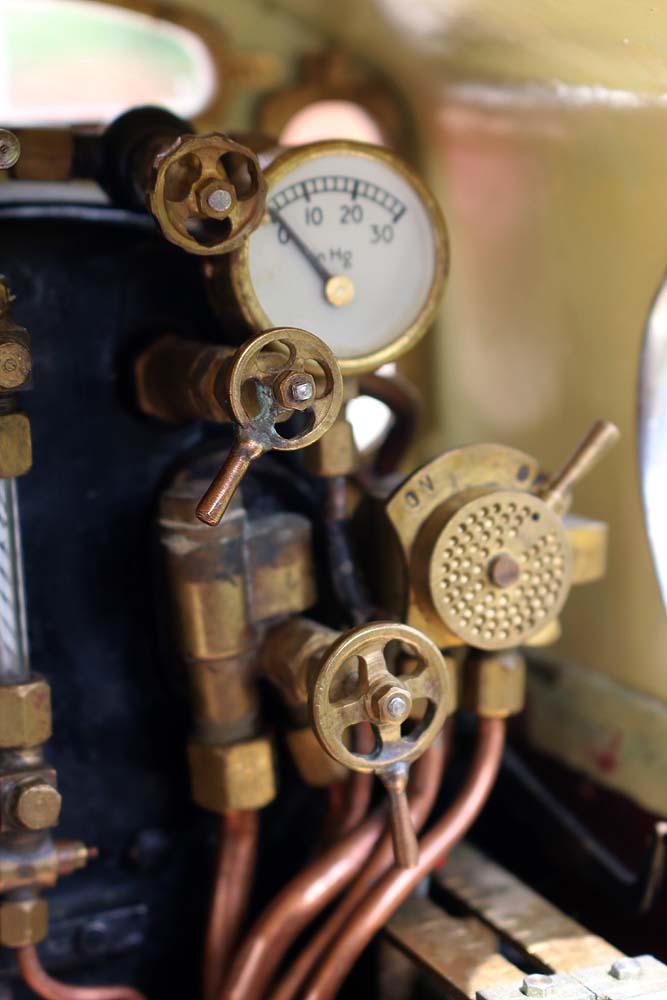 We sold this one back in 2014, it's recently come back in part exchange for a particularly good LNER B1. The engine has been on display, unused since last it was here - it has still only been steamed once, by the builder in 1996. Pictures and words below are from 2014.

The work of a talented professional engineer, he was also responsible for several other particularly good 5 inch gauge engines, including the Great Western 4-6-0 "Saint George" (which, by one of those strange coincidences, arrived back at our workshop last week on the same day as this one - we'd last sold it back in 2010), Great Northern Atlantic, LNER A3 "Sceptre", a Great Western King built to commission and a Great Western Pannier tank.

The engine was completed in 1996, the boiler had its initial twice working pressure test at the builder's club, who issued a certificate for same (the boiler inspector was actually the man responsible for the superb "Princess of Wales" currently listed). The engine was then steamed once, up on blocks to check valve events, after which it was displayed on a stand in the builder's hall - it's been there ever since.

Apart from some light sooting in the firebox and smokebox, the engine is in ex-works condition, mechanically as new. On air it runs well with well cut off, dead square beats - there's a clip of it running in the workshop this afternoon here.