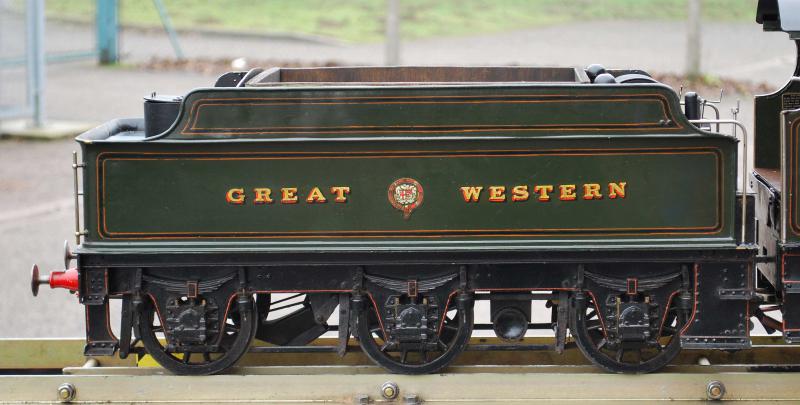 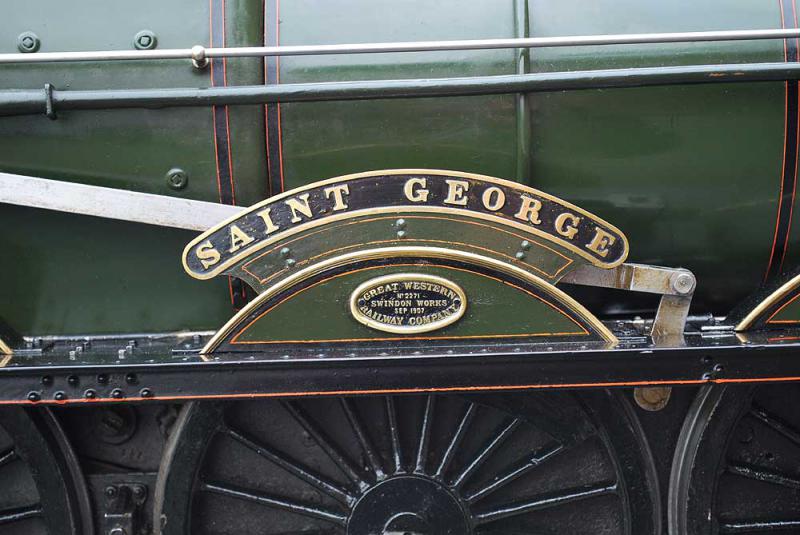 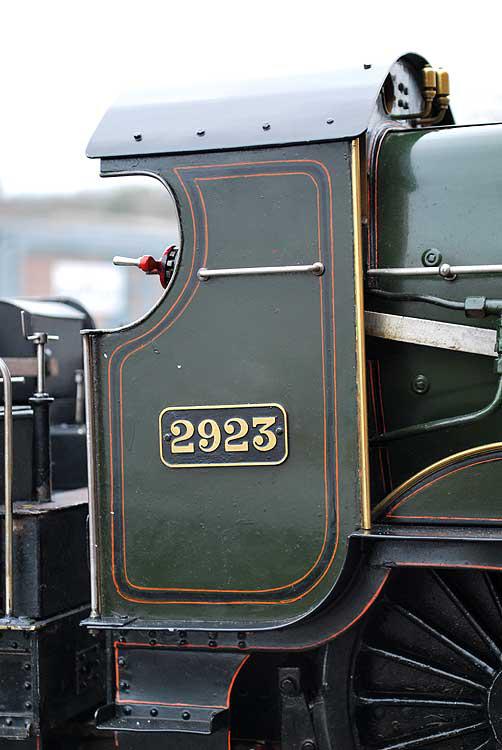 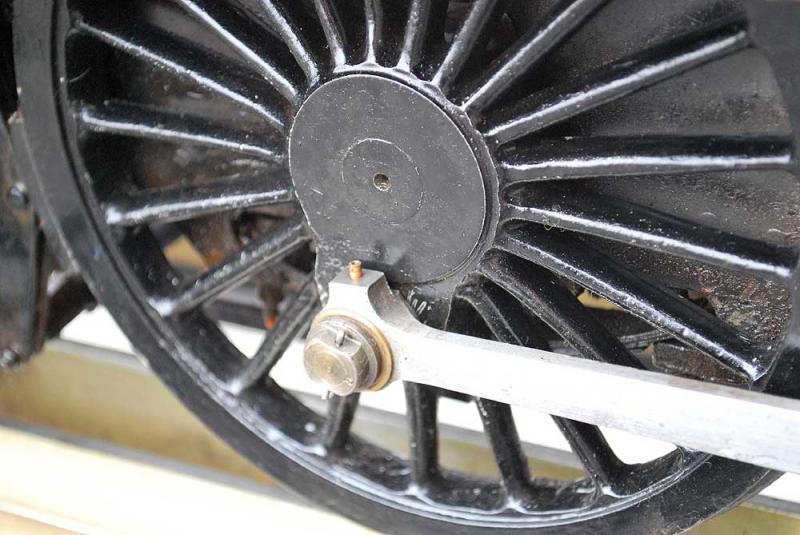 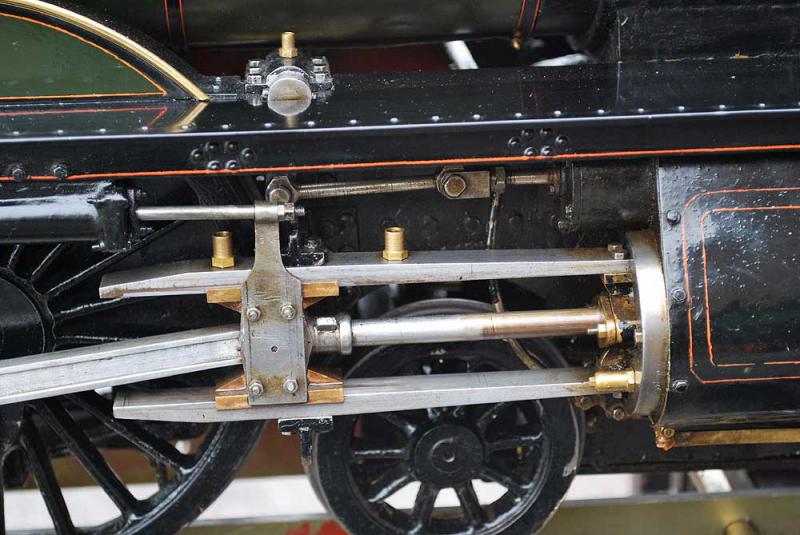 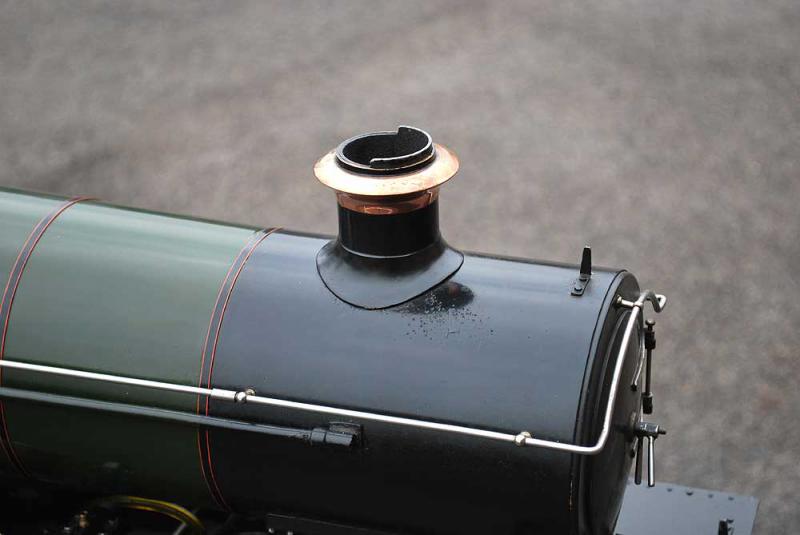 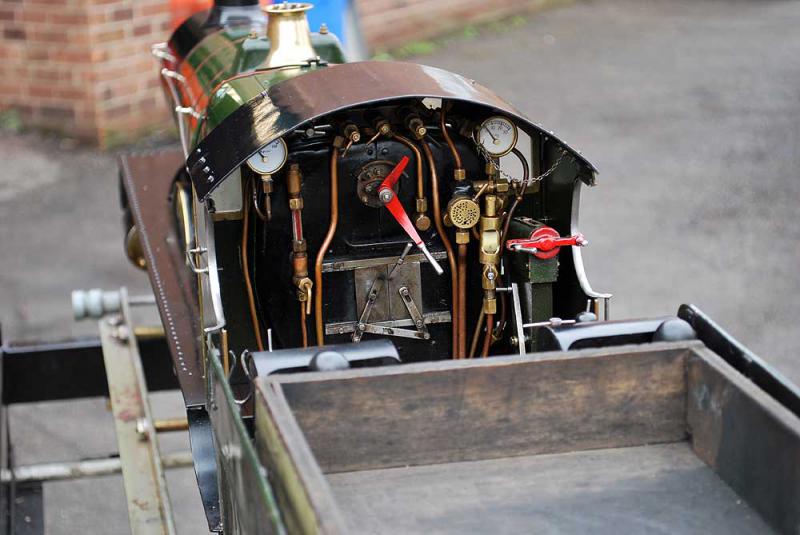 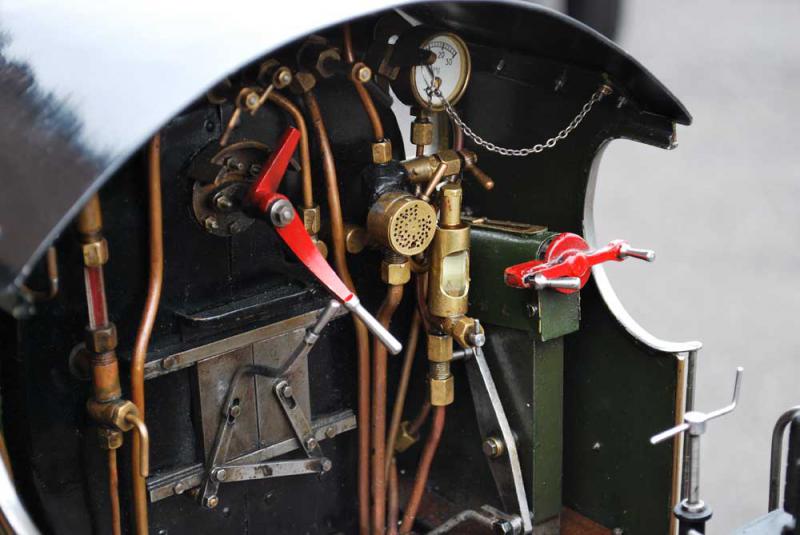 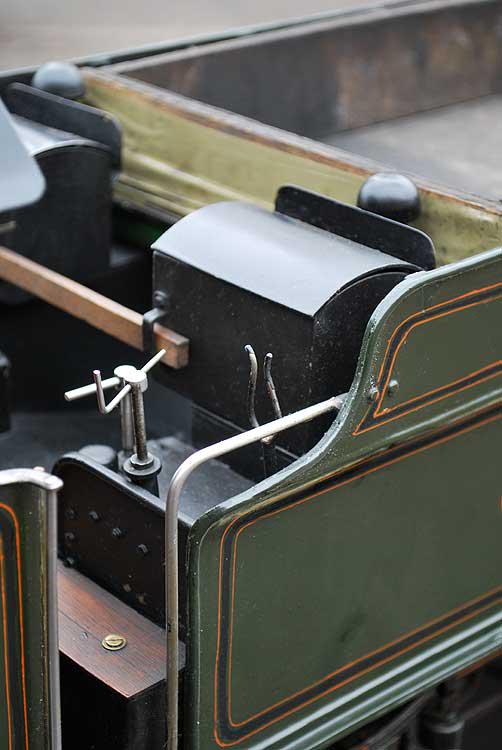 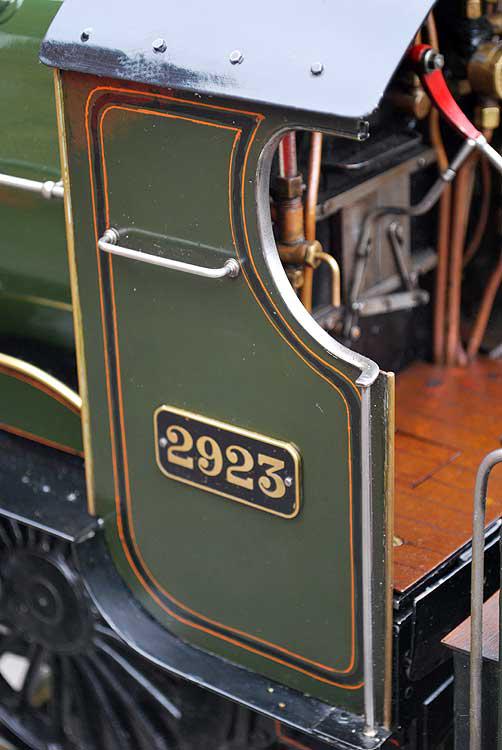 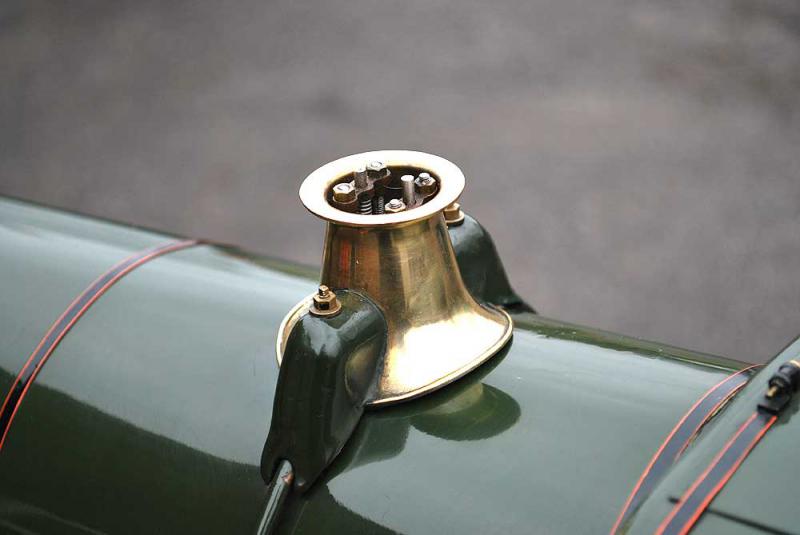 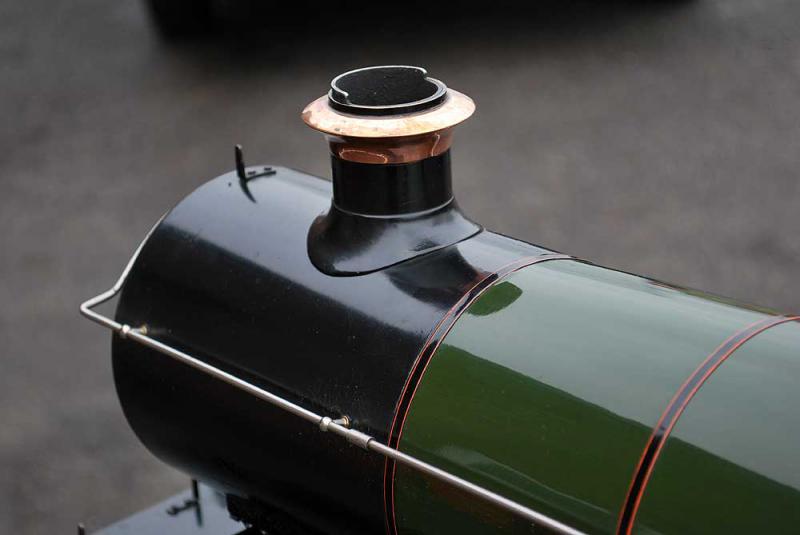 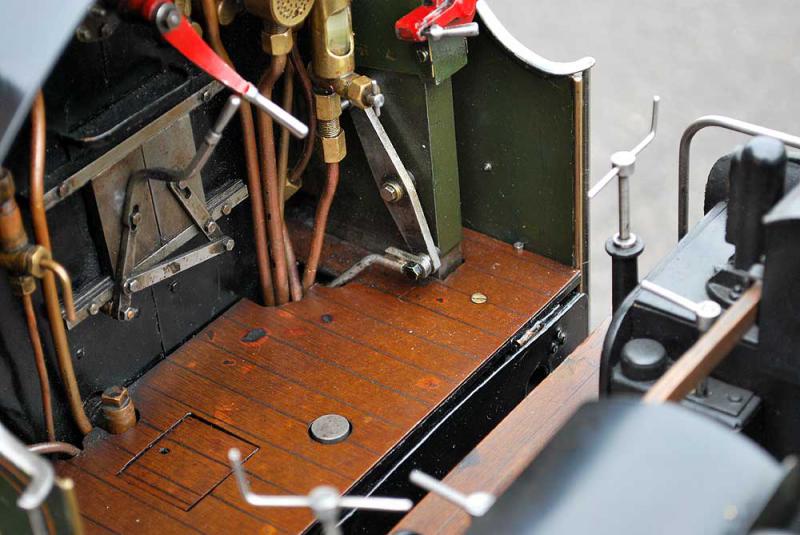 Given the near total dominance of the 5 inch gauge GWR 4-6-0 scene by Martin Evans' "Torquay Manor" design, it's always nice to see something like a "Hall" or, as in this case, a "Saint" come along. The prototype, by Churchward, was state of the art when it appear in 1902 - along with the "Star", it's larger, four cylinder sibling, I think this was the very height of stylish engineering, the half cab making for a rakish looking machine (although I imagine it was perishing cold to drive).

The work of a well-known engineer who produced a good 5 inch gauge A3 and Atlantic in the same gauge which I had at Alexandra Palace last year (there are some pictures in the archive here), this is a nicely made, well-detailed engine. Silver soldered superheated copper boiler, feed by twin injectors with hand pump in the tender. Cast iron cylinders with piston valves actuated by Stephenson's gear with screw reverser in the cab. Sight feed lubricator. Vacuum ejector with train brake valve in cab.

The engine has a nicely detailed semi-scale backhead which retains a good deal of driveability whilst at the same time giving you something interesting to look at.