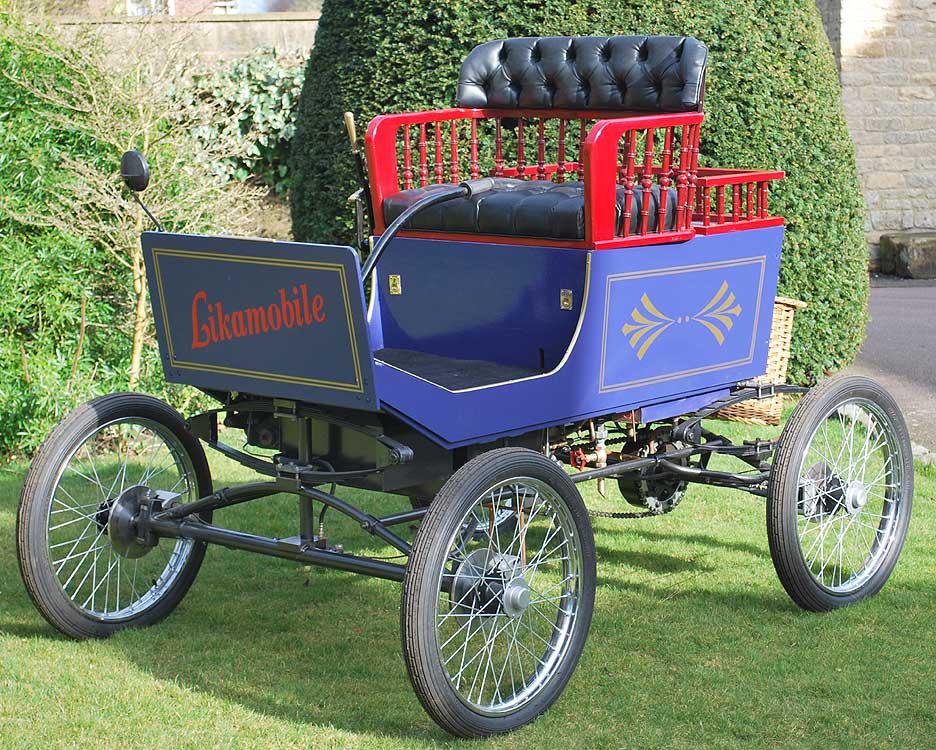 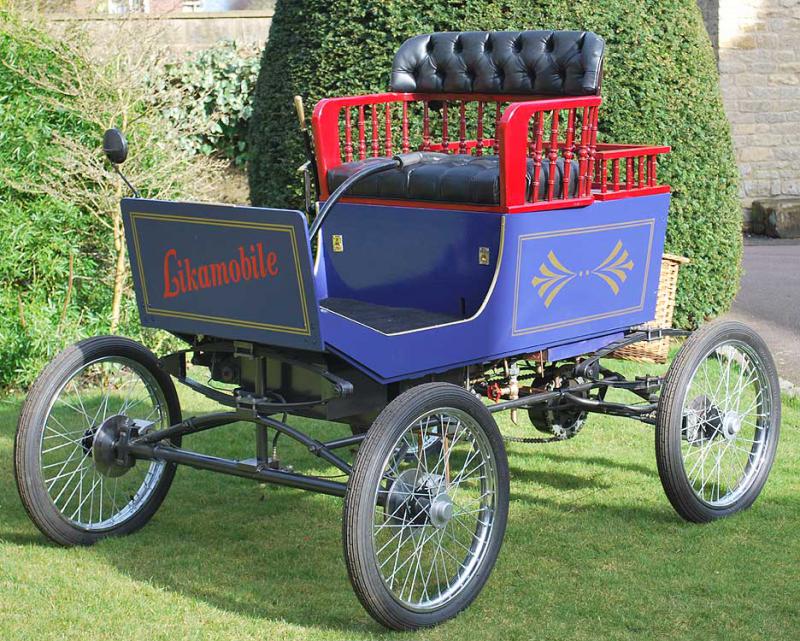 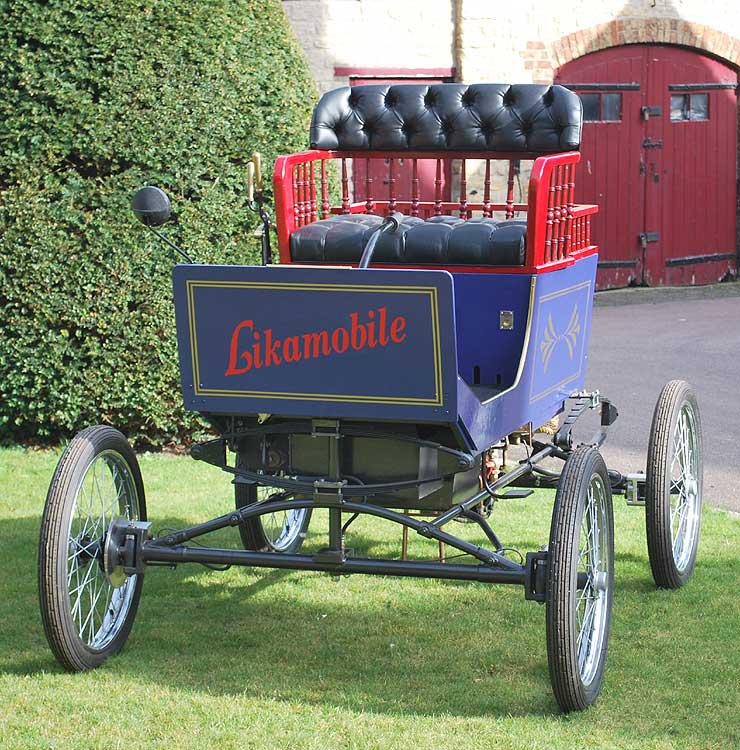 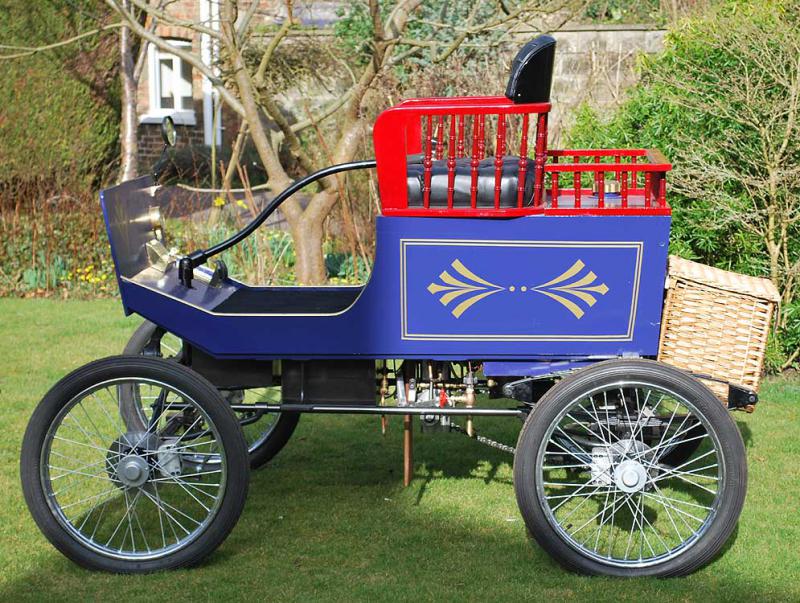 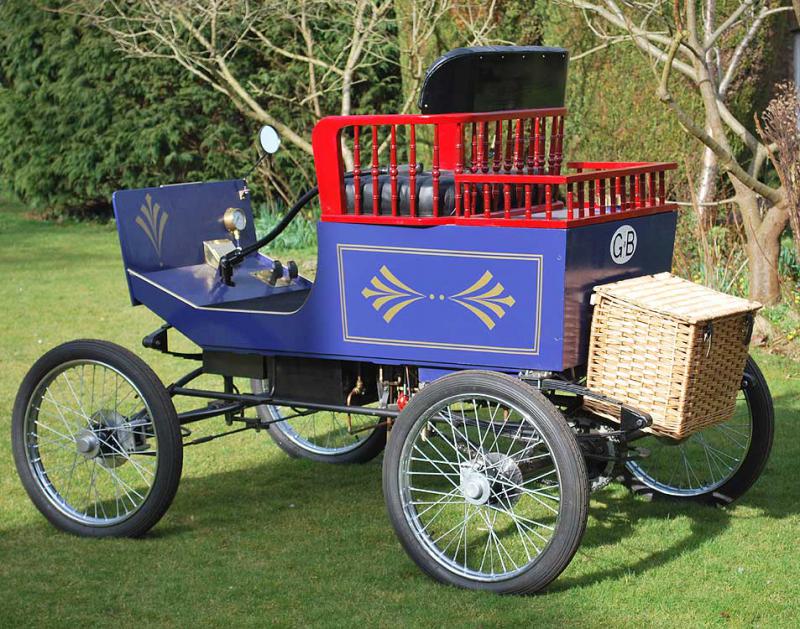 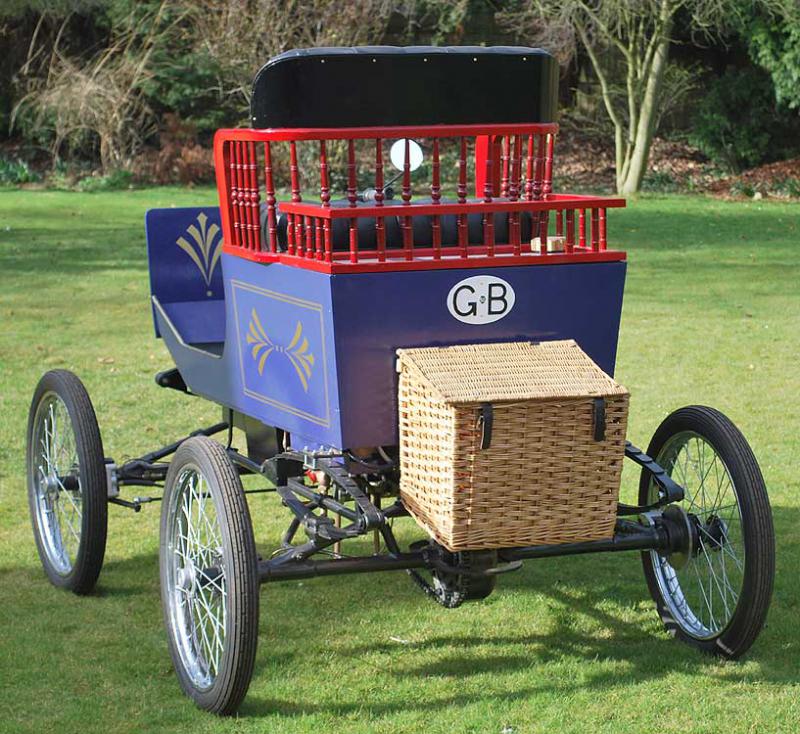 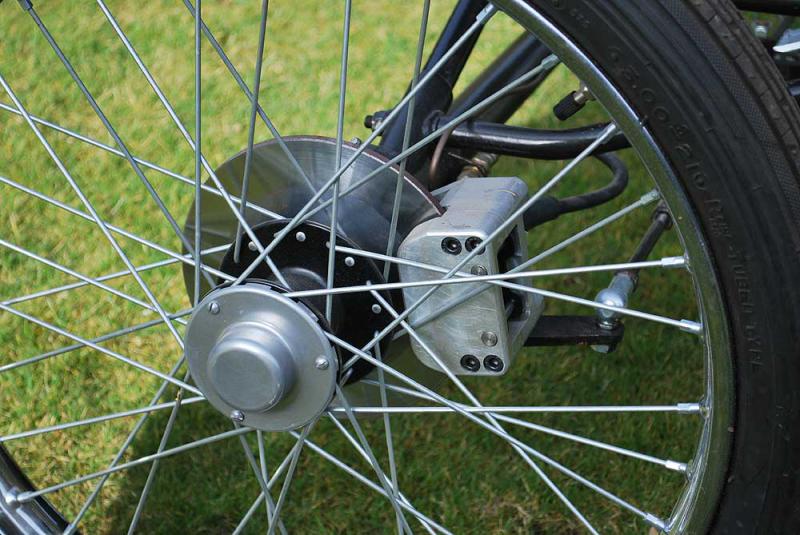 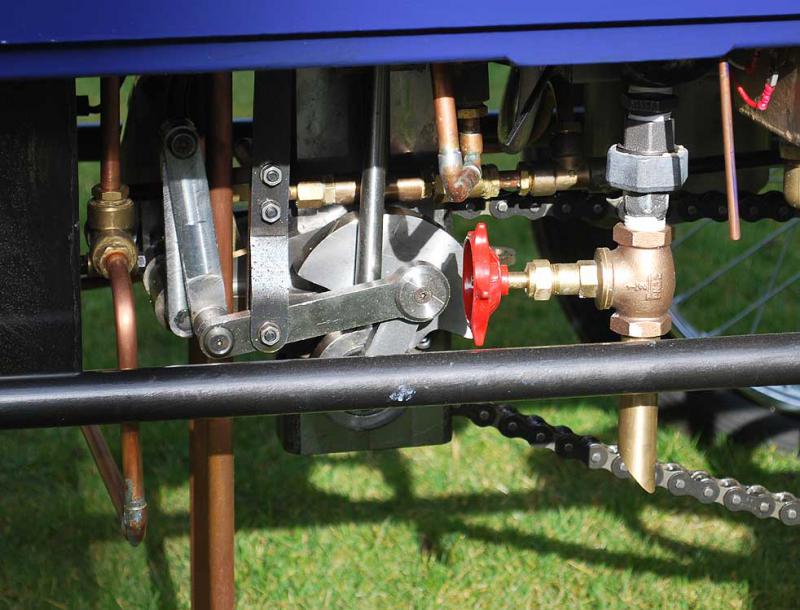 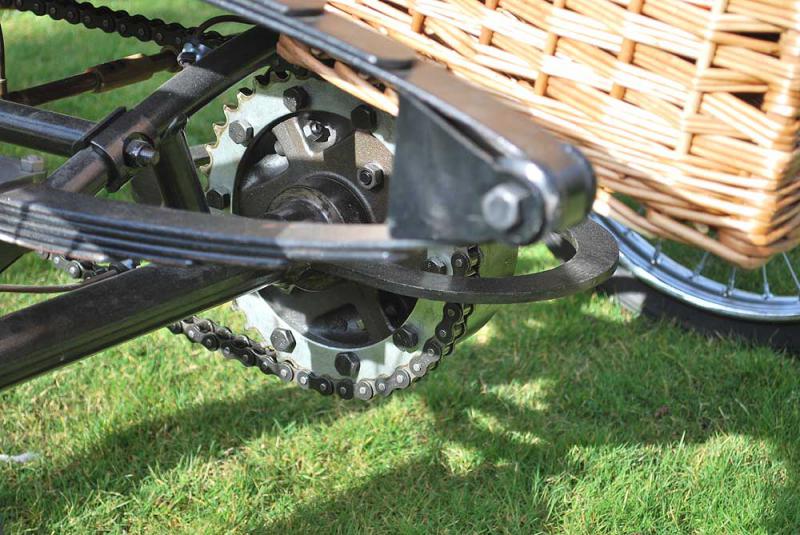 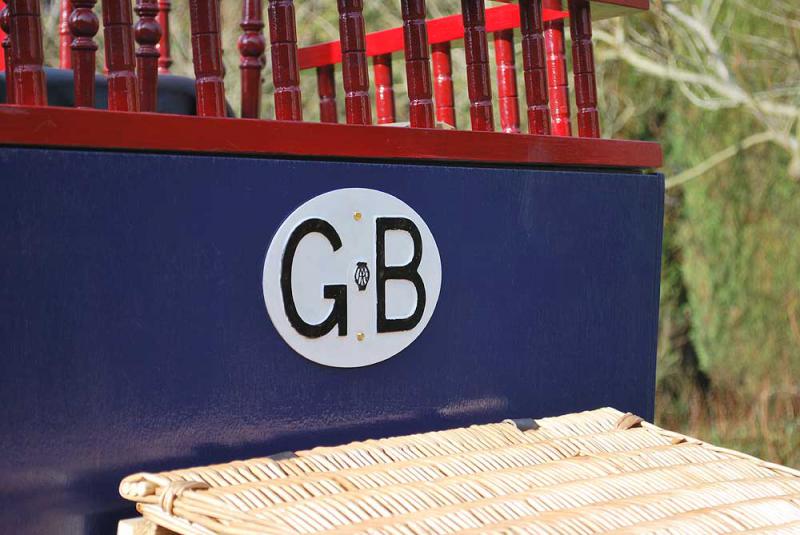 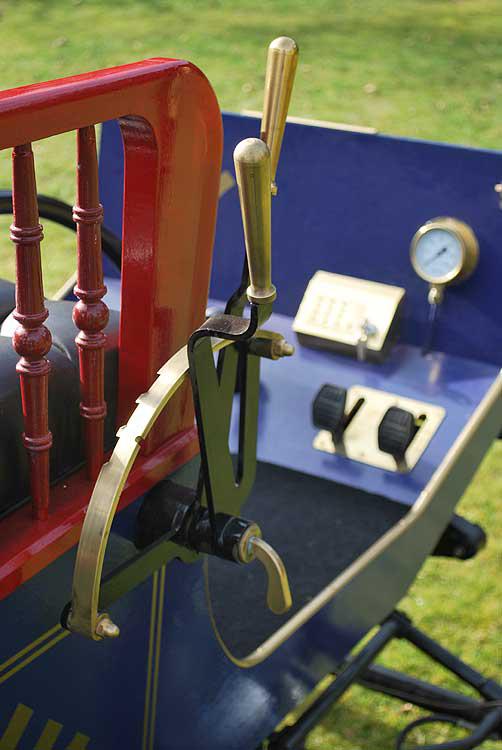 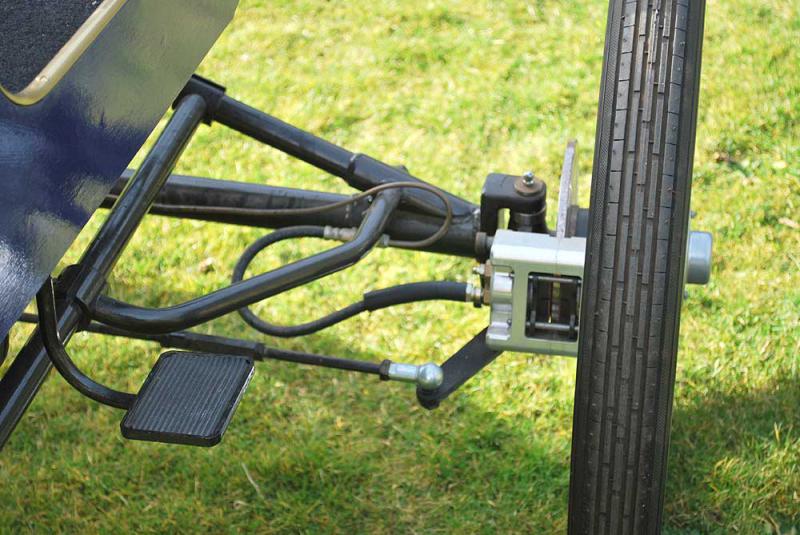 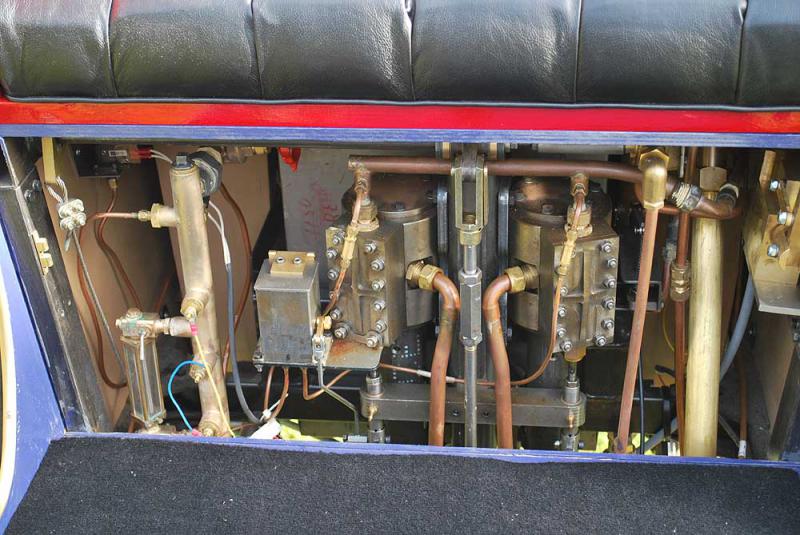 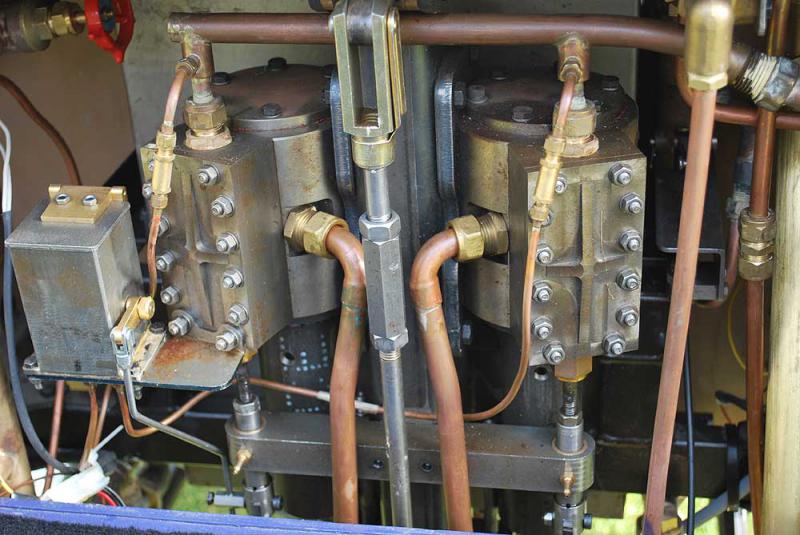 A complete, unsteamed "Likamobile", built in around 300 hours spread over the last four years from a Modelworks kit by a retired engineer who spent his working life running a pattern-making business. Having completed the car and run the engine on air, anno domini have caught up with him (and I take my hat off to anybody starting such a project in their ninth decade as he did) - he can now no longer drive, his "everyday" Jaguar's up for sale as well should you need such a thing.

The whole replica Locomobile thing seems to have started some years ago when Eric Hughes of Belfast built his highly successful two-seater "Freddy". Anybody who remembers it racing around at the Great Dorset Steam Fair (and I was one of the many who had to leap aside as it shot past, his driving was spirited to say the least) can't have failed to be impressed with it's spectacular acceleration and near-silent running. Regular viewers of this website may remember the "replica replica" I had three or four years ago, built by an engineer in Northampton as a copy of Eric's car - it went in pretty much the same way, my fifteen minutes of fame came when called upon to convey a local celebrity in the Metheringham village fete parade!

The car is fitted is an all-welded steel Winslow-type water tube boiler, fired with an electronically-controlled oil burner which cycles on and off in response to steam demand. Engine is twin cylinder with Hackworth valve gear, driving via chains to the differential giving a single, fixed-speed - reversing is by changing engine direction rather than gearbox, which gives rather entertaining reverse performance.

There is an enthusiastic following for the replicas, particularly in the United States - Rick Stoeber's website documentary detailing the building and running of one of these cars is outstanding. The car is complete with original building documentation and a set of later-type rear drive shafts which have never been fitted. Whilst fully-assembled and tested on air, it will, without doubt, require a degree of informed tinkering during its first steamings.