SRS Blog > A workshop in Yorkshire

It's been a busy time over the last few weeks, with even the most trivial jobs taking forever as I toil away with little space and no machinery to speak of. The first week or two was quite relaxing, working away in pioneer spirit with a handful of files and the Myford, but I've got to the stage where the novelty has now worn off. I miss my Bridgeport and the Colchesters, I went to slice up a bit of steel to repair a (full-size) ashpan last week only to find that not only is the plasma cutter now stored away but so too are the oxy-acetylene bottles. I haven't chain-drilled and filed up sheet metal since I was in short trousers! 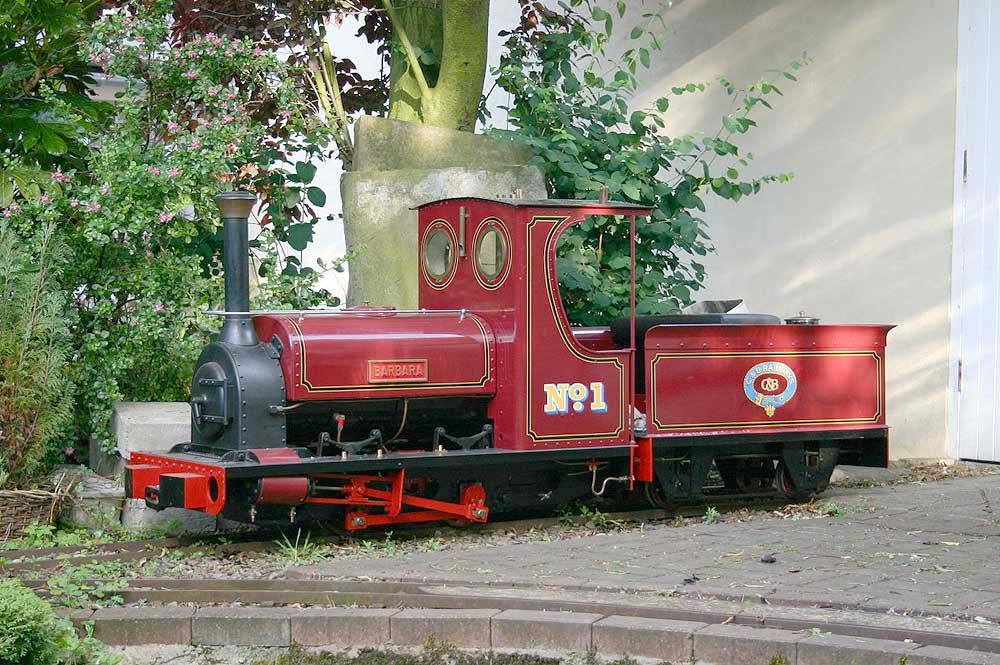 Just to rub it in, I went to see a man last week with a beautifully set up workshop. I see lots of workshops and many different ways of getting engines built - those individuals that seem to be able to get jobs done quickly invariably have a high ratio of tooling to machinery (which is, I suppose, the way it's done in industry. The local CNC shop down the road from me where I go for the big jobs have a row of machines but racks and racks of cutters, jigs, fixtures and assorted tooling for each of them). 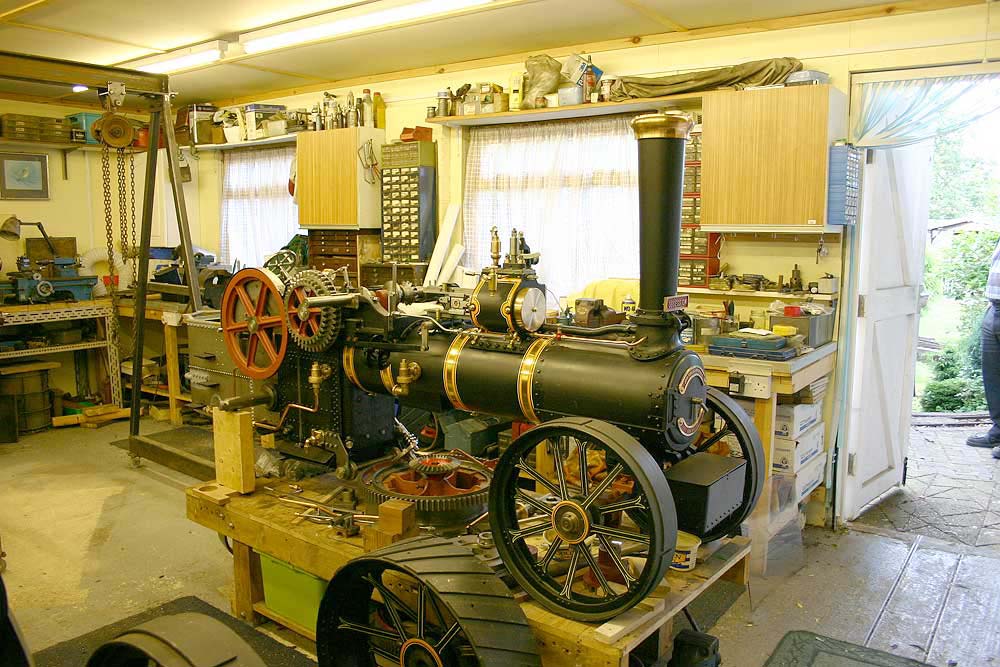 Before I even got into the man's workshop, I had walked around his garden which contained one of the most compact 7 1/4 inch layouts I've ever seen, featuring 4 inch scale locomotives and 10 foot radius curves (I kid you not and present here the photographs to prove it!). The railway ran through beautifully tended borders and lawns and was complete with passing loop and a branch line, all in a space that can't have exceeded thirty by sixty feet. On entering the workshop, it was rather like stepping into Aladdin's Cave... 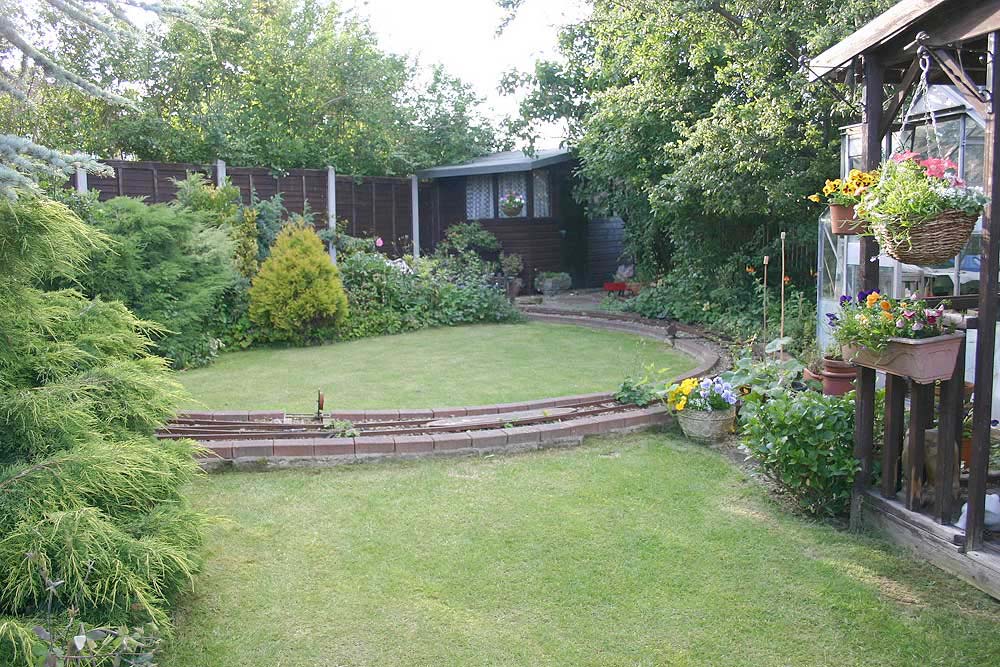 Coming to engine building later in life, the gentleman decided fourteen years ago that it was time to make a start. In the years since he has laid the garden railway (making all his own track and pointwork) and built two four inch scale locomotives - a Hunslet (which romped round the curves) and a Romulus (which was a bit iffy with its slightly longer wheelbase, though better-riding in compensation). Having paused to amuse the grandchildren with his railway, our man thence set forth on an odyssey of four inch scale traction engines, all Fowlers (being a Leeds man, there was no other choice). What followed was an A7, a B6 road locomotive and a pair of ploughing engines nearing completion, all turned out at two year intervals. 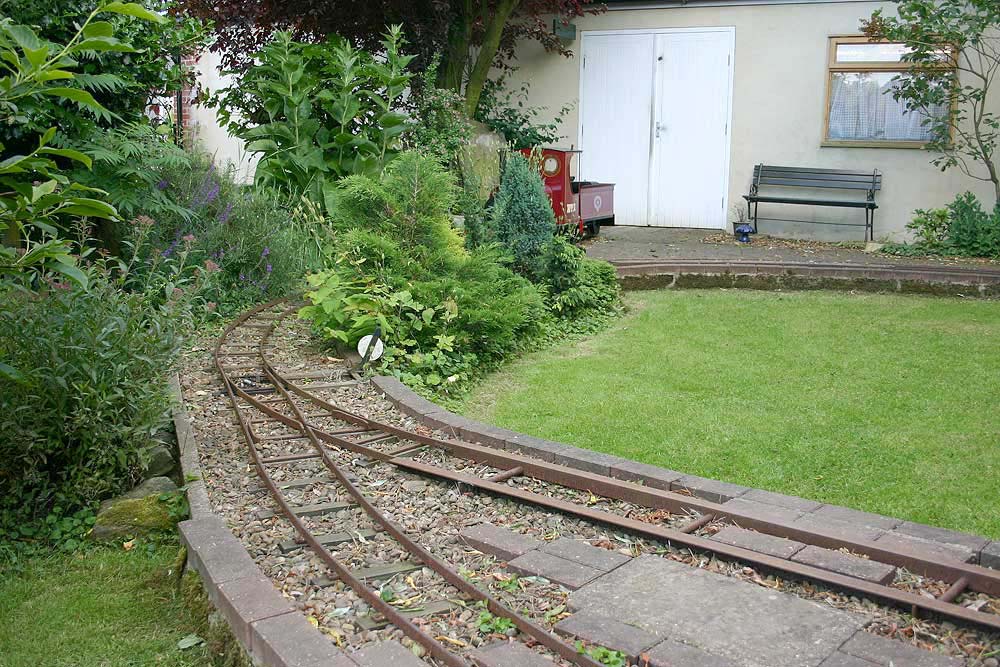 He is now clearing the workshop for the next round of engines. I look forward keenly to seeing the ploughing engines run, they are beautifully made examples of a rarely-modelled prototype. In the meantime, several of his engines are now in the workshop here, including his superb Fowler Fen engine, exhibited at Harrogate this year.