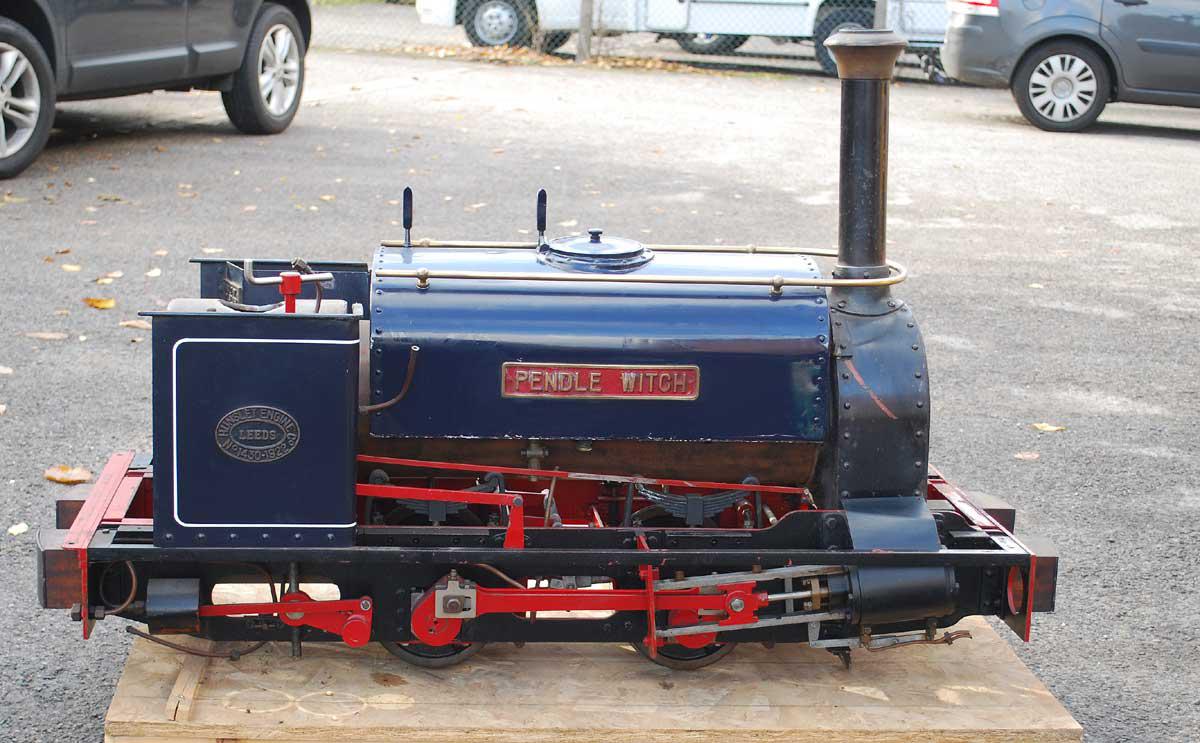 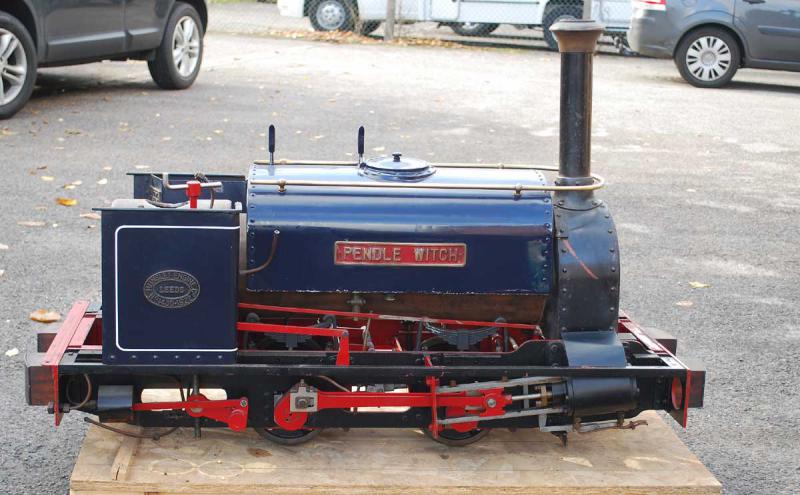 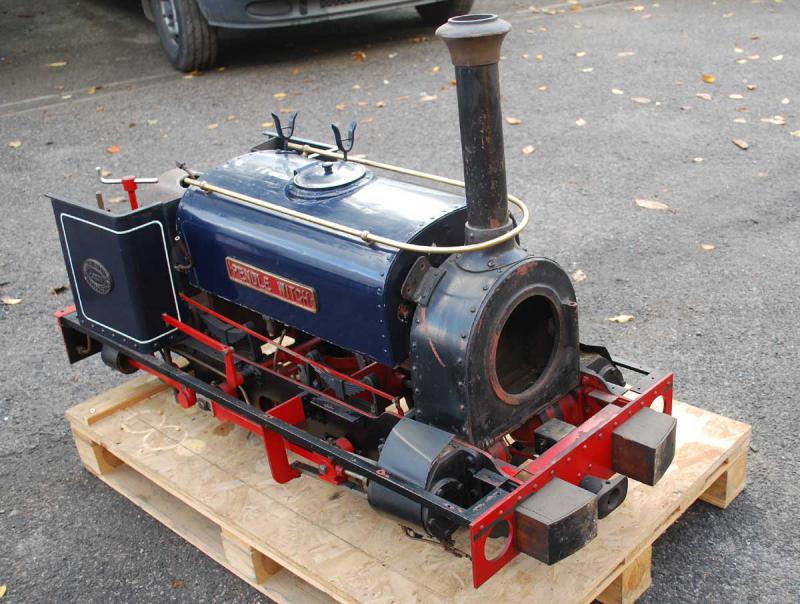 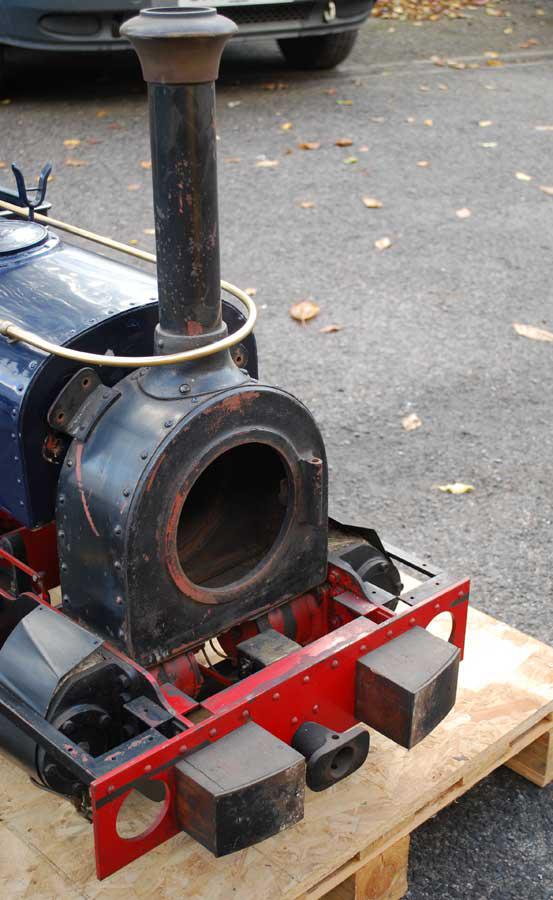 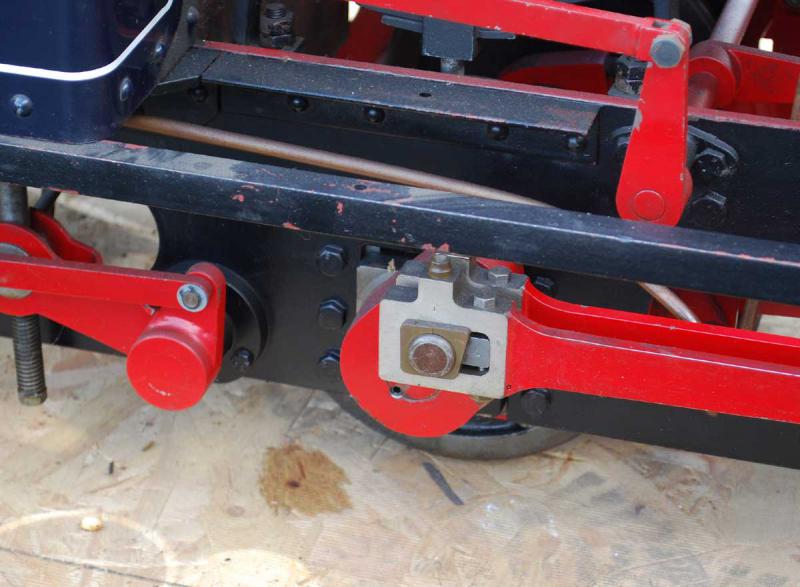 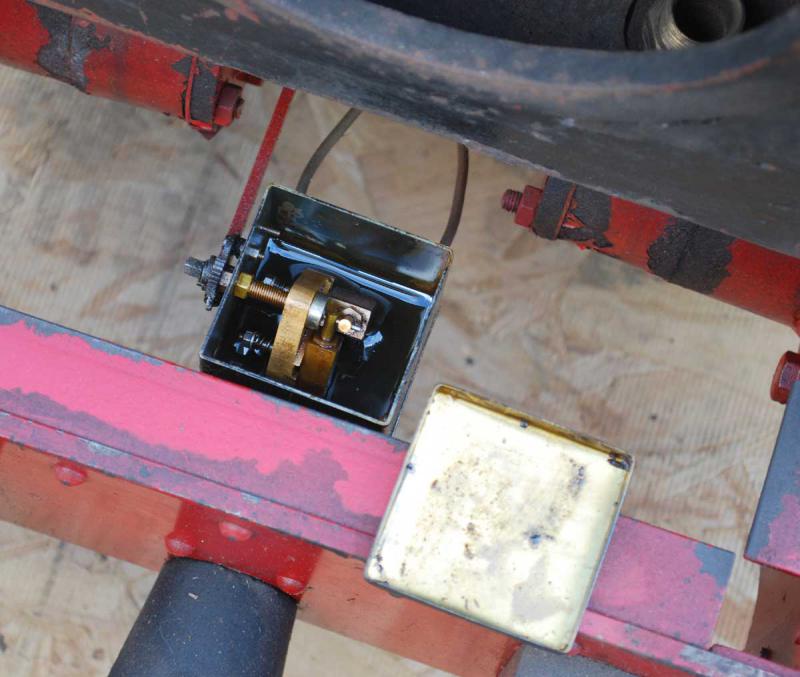 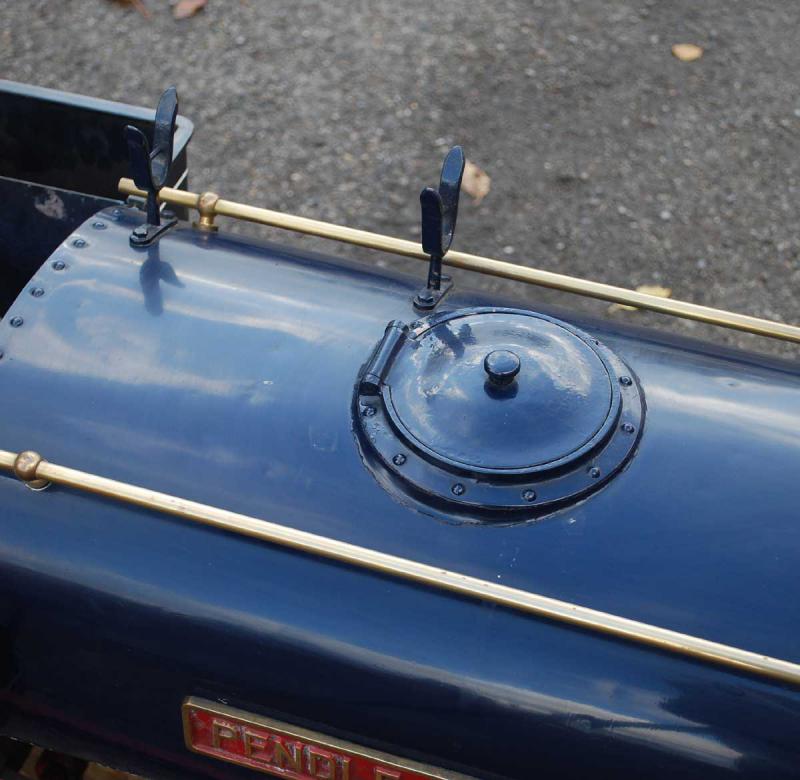 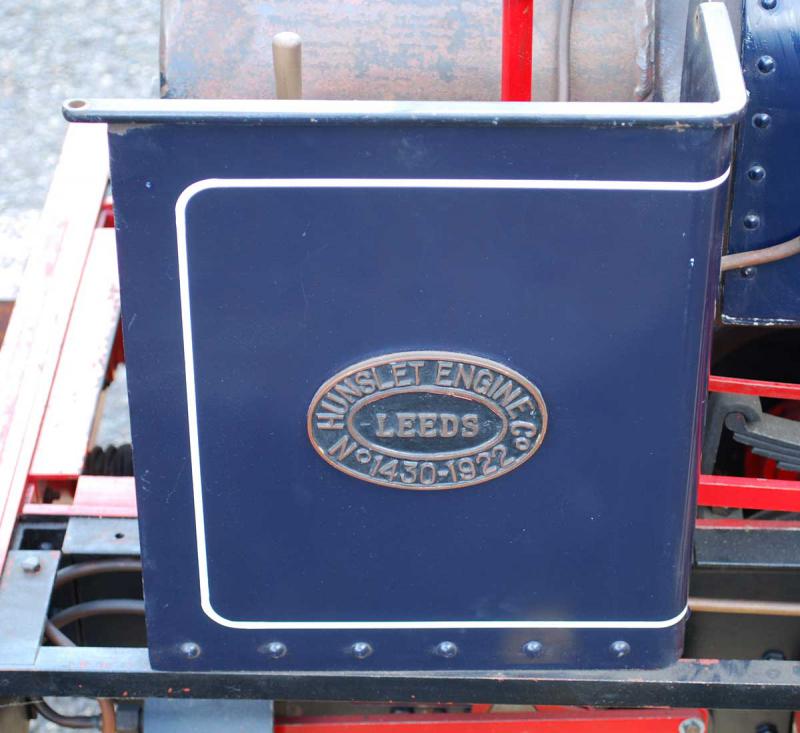 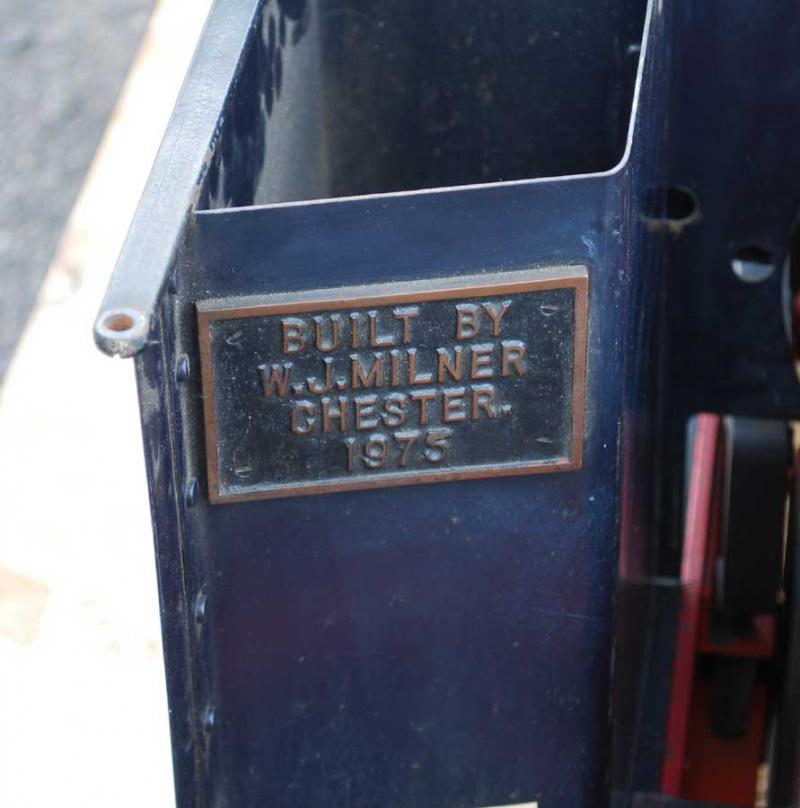 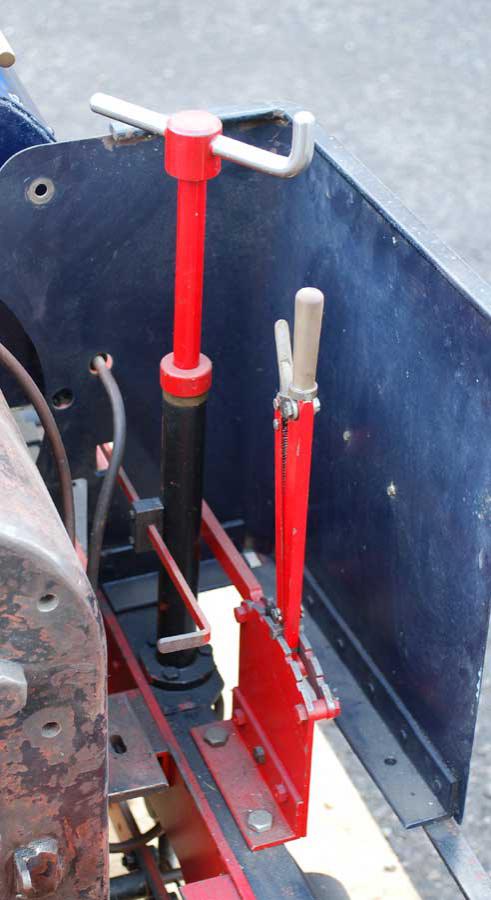 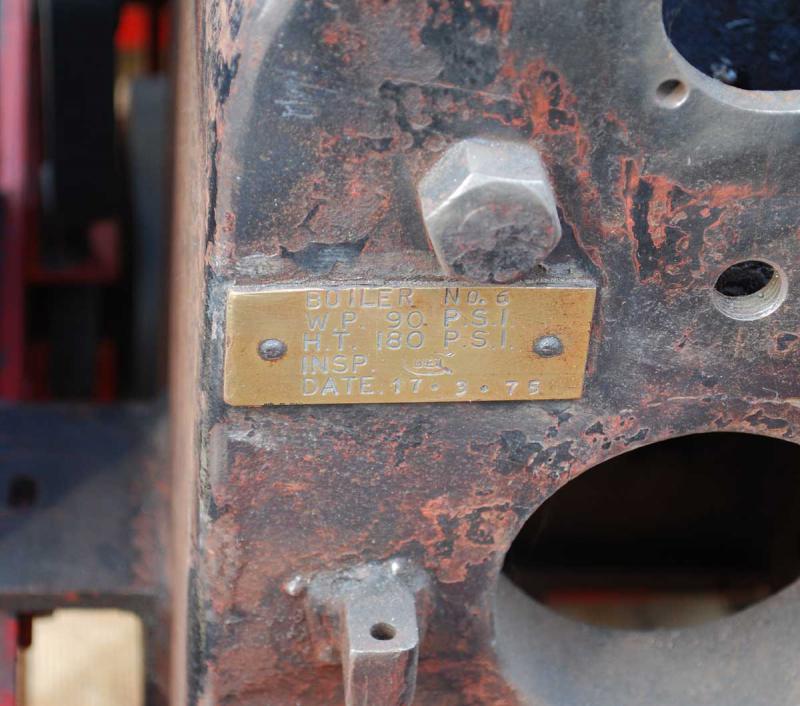 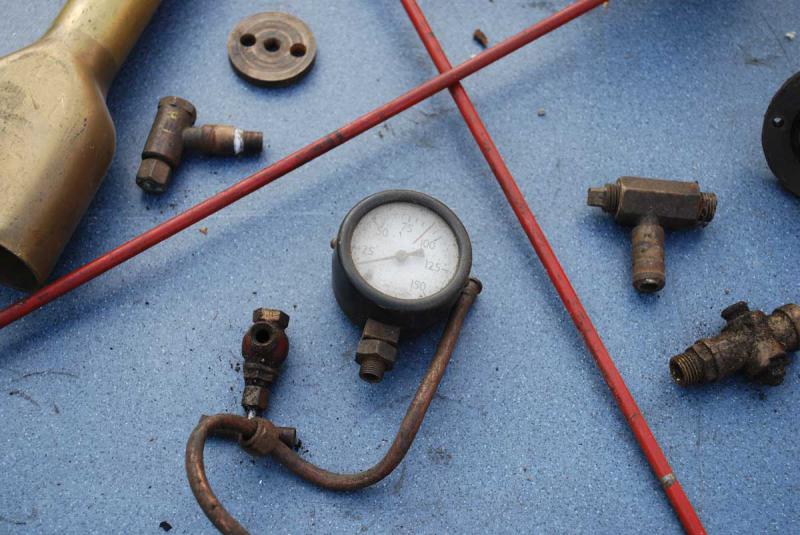 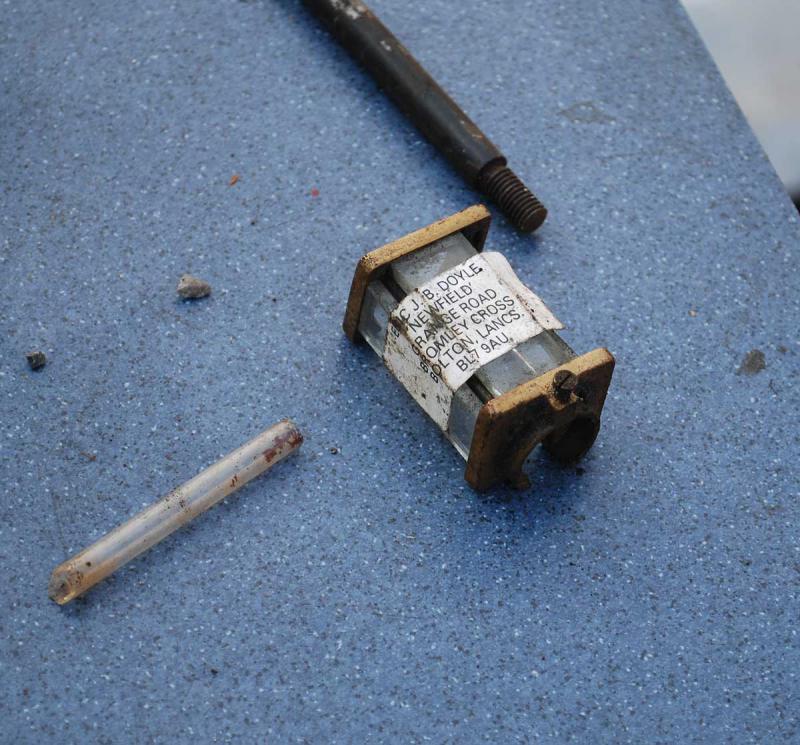 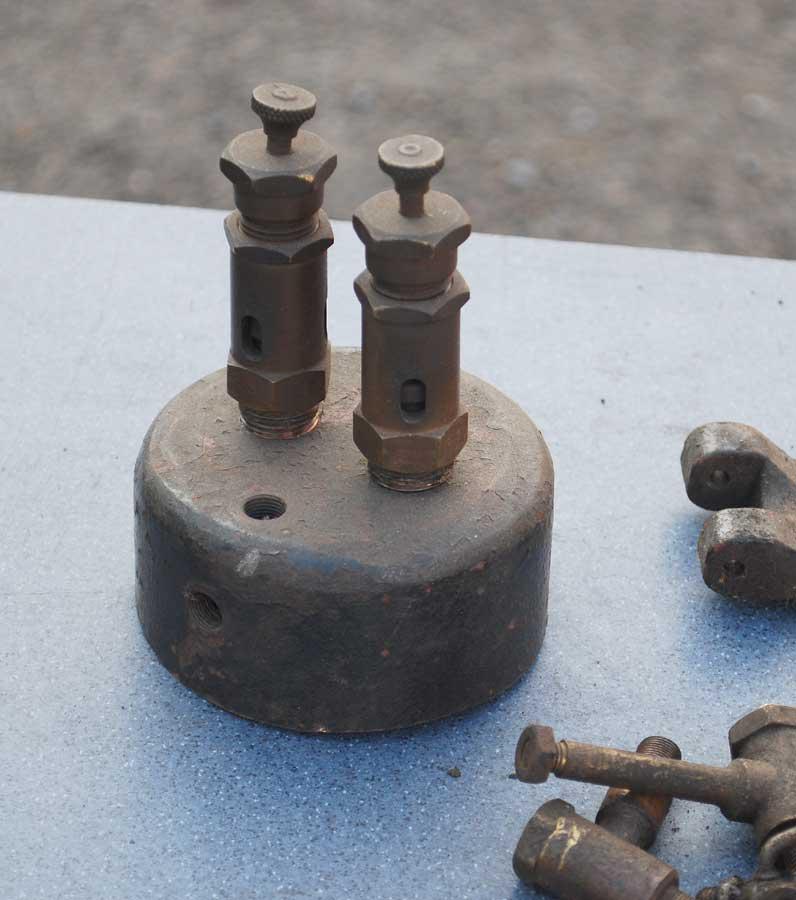 Along with sister engine Moel Fammau which I sold some years ago, this was one of the original pair of Hunslets built by Milner Engineering when John Milner first set out building locomotives in the 1970s. Moel Fammau was built first, the owner so pleased with it that he straight away ordered the open cab Pendle Witch. Both ran on his railway along with several other locomotives (including a Tinkerbell, Romulus and the original Cromar White steam railcar) until the whole outfit was sold in 2004.

As to be expected from a man who started out making bits for aircraft, standard of engineering is excellent throughout. The chassis in finely made and nicely detailed, the saddle tank is complete with firing iron racks, the backhead cladding includes a prototypically correct (though tricky to make) spun brass surround which polishes up beautifully.

The engine has its original boiler, which at the time of original sale was removed pending retubing. The short steam dome at the rear has been removed to get access to regulator and tubes when getting them out, it needs to be replaced. I would put in a flanged tube, so that a lid could be fitted with a ring of bolts the original was welded on which made access to the inside of the boiler and servicing of the regulator problematic. Our inspector has looked at the barrel, tubeplate and firebox and declared himself happy for it to be re-tubed after which he will hydraulic test - there is a set of seamless copper boiler tubes cut to length ready for fitting.

The chassis is complete and in good order, fit and finish of everything is as would be expected from a top end commercial build, big ends are gibbed and cotttered, oilers fitted everywhere, there are working leaf springs. Cylinders are in cast iron with prototypically correct circular valve chests fitted betweem the frames, there is a double-ram mechanical lubricator fitted behind the buffer beam.

The engine is complete with a tender with water tank and coal space - it's not quite as large as that fitted to "Moel Fammau". Comfortable to ride on, to my eyes it is rather more in proportion to the size of the engine.