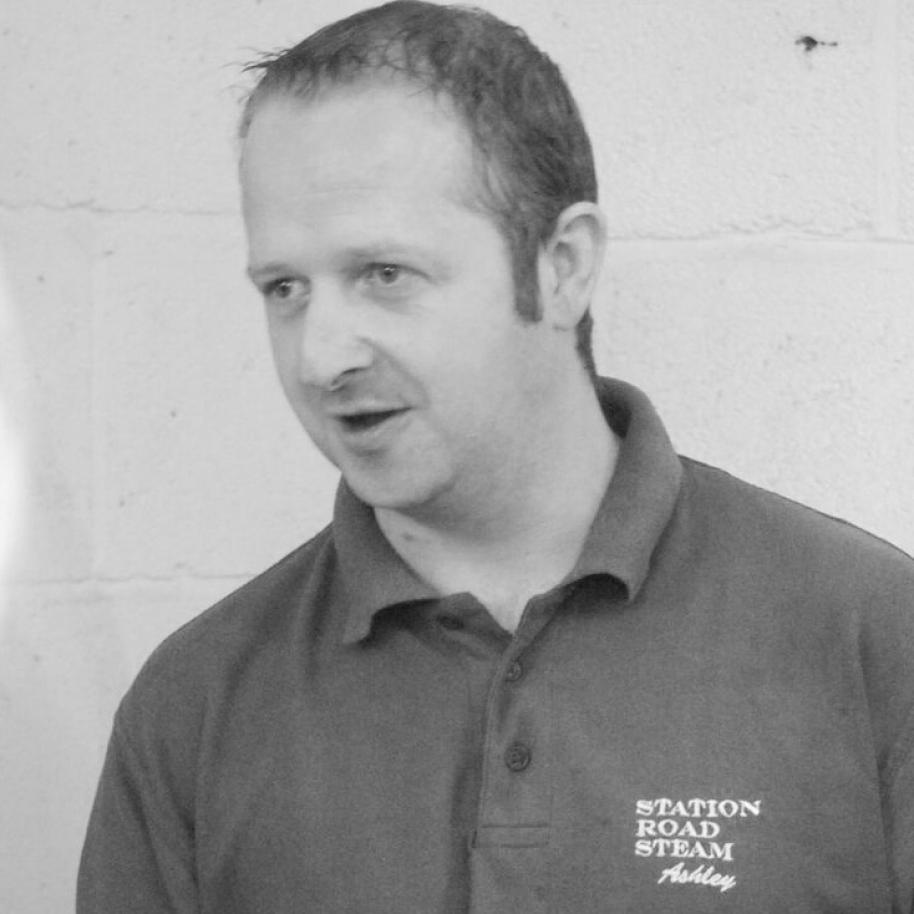 Ashley
"Mr Station Road Steam" at exhibitions, feted raconteur and demonstrator at our open days where his talks on everything from silver soldering to boilermaking are always a high point of the day, Ashley has also put together more Staffords and Feldbahns than any other man living.
A coded welder, he's built over 100 boilers in his time with the company and still appears at his happiest in possession of a welding torch, pint mug of tea and dangerously high levels of local radio in the boiler shop.
In his spare time, by way of a complete change, he works on his magnum opus - a 6 inch scale Fowler B6 crane engine, already a huge and magnificent presence (the engine, not Ashley).

When not in the shed, the remainder of his waking hours are occupied in the gym or indulging his ornithophilic interests, teaching two parrots English as a second language.