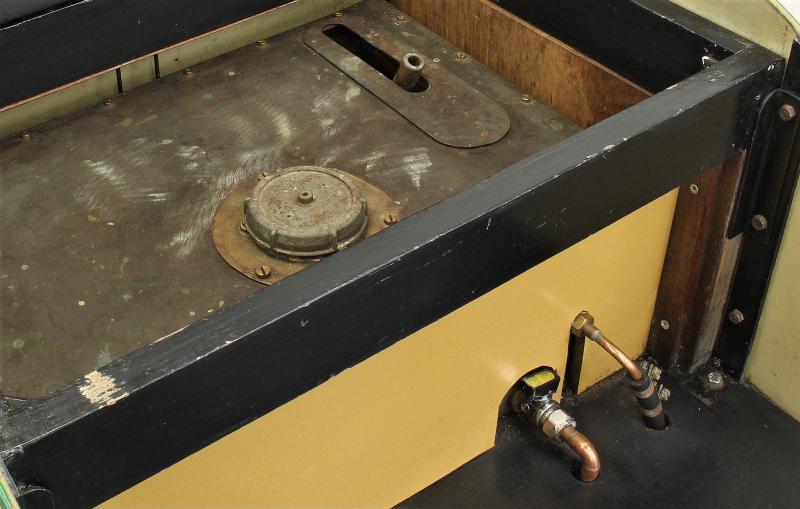 We sold this engine back at the beginning of the year, it's recently come back in part exchange for a large American locomotive. Pictures opposite are from last time it was here, the engine remains in similar condition.

Previous owner has fitted an electric boiler feed pump in the tender. We've replaced the No.8 injector for a No.5 which is of more suitable size for the boiler and raised the working pressure from 80psi (which it has run at from new) to 90psi, issuing new hydraulic and steam test certification for same.

Professionally built as one of a pair and completed early in 2010, we sold the sister engine to this "Romulus" back in October of that year - there's a write up and pictures of that engine in the archive here.

After completion this engine was first steam tested in March 2010, we have continuous club history from that time.

A well built engine, it has spent its working life on a short club track in a council park, running "there and back" trains at weekends during the season.

With advancing years leading to dwindling club membership, few trains have been run in recent times, leading to a decision to lift the railway earlier this year - the locomotives and rolling stock came here, along with some of the track and turnouts.