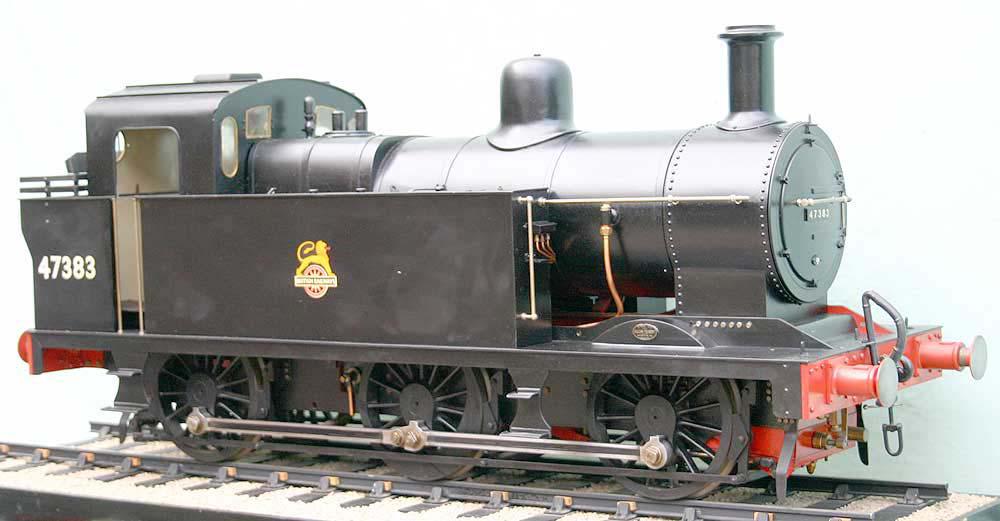 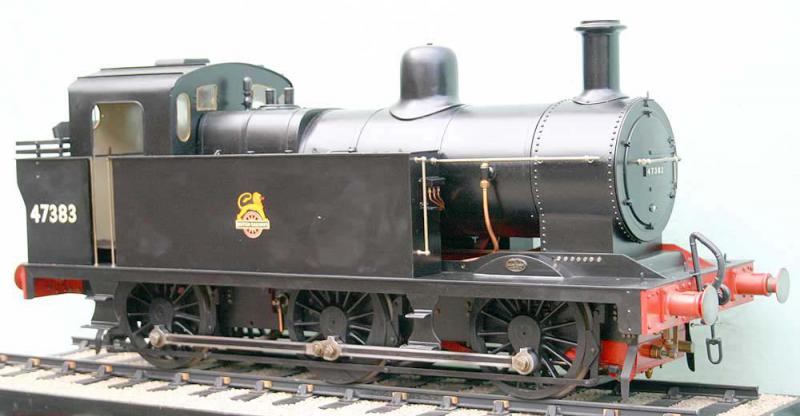 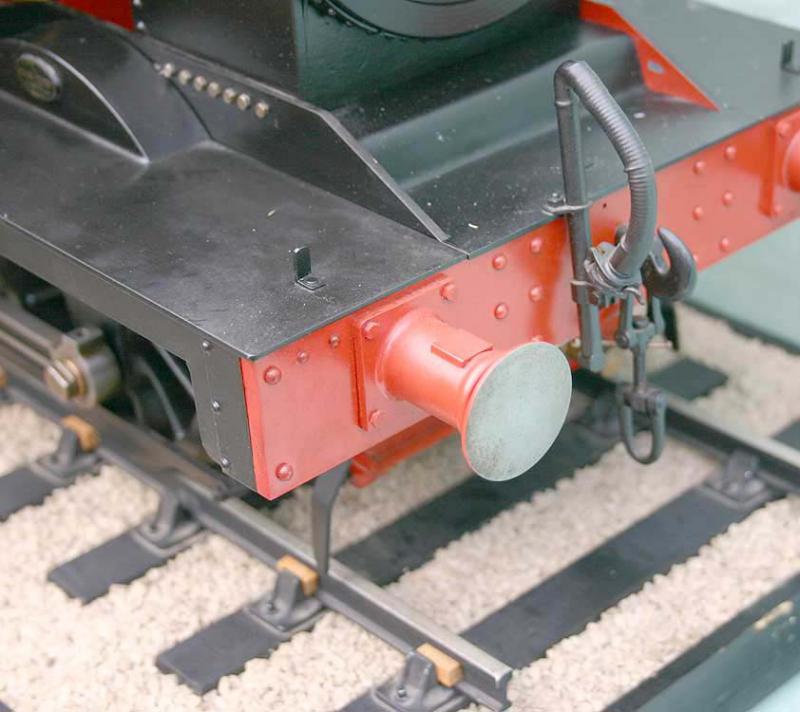 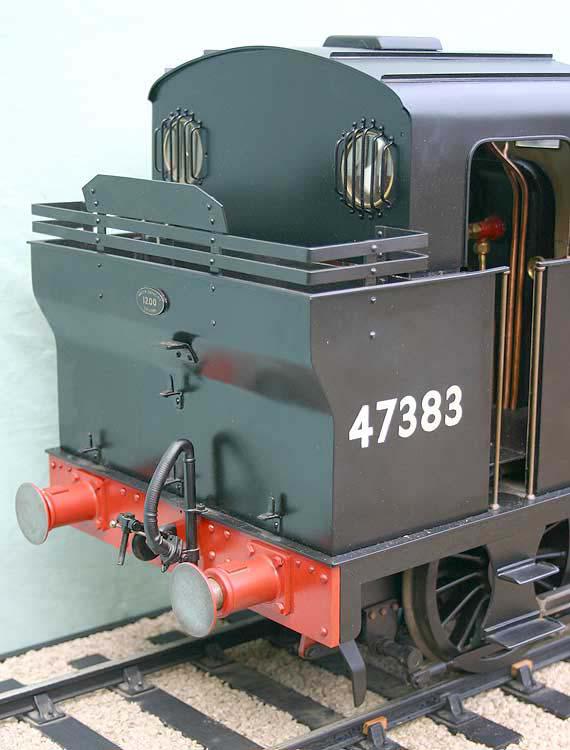 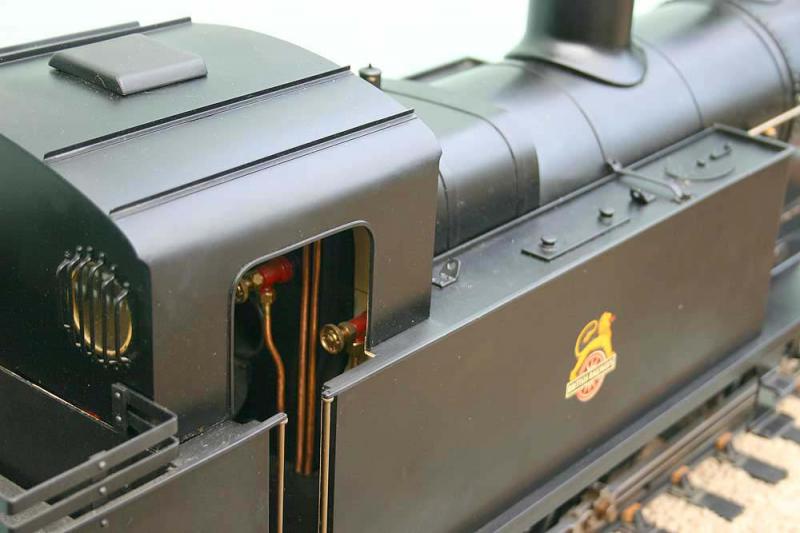 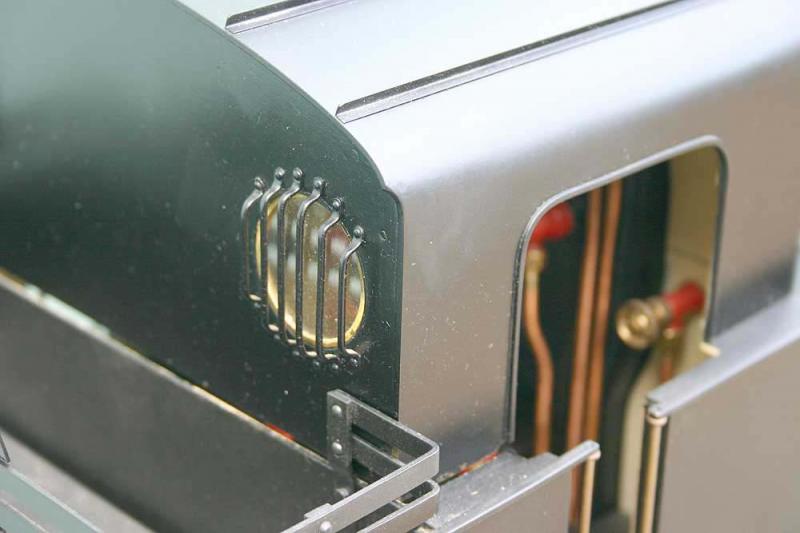 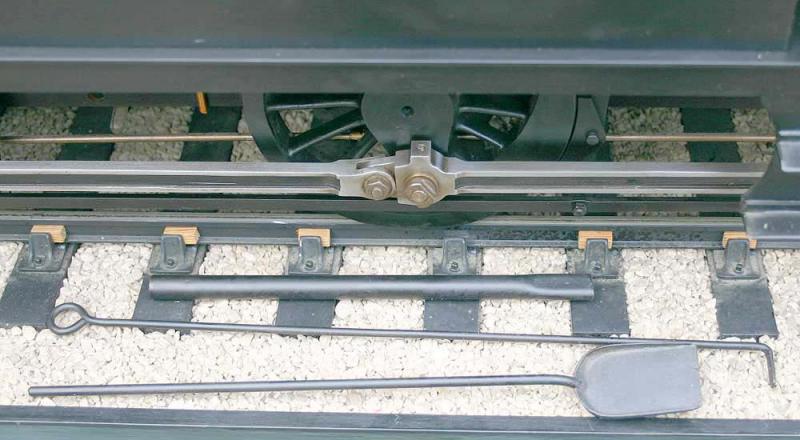 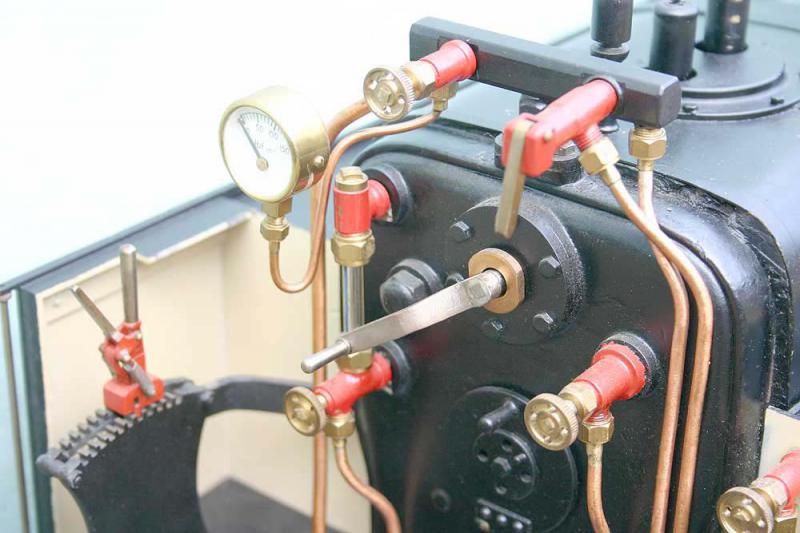 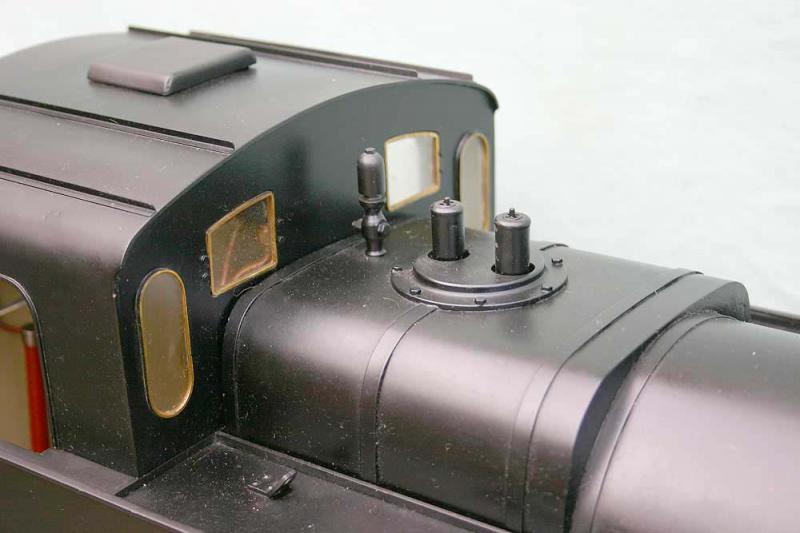 After the First World War, Sir Henry Fowler set about updating the old Midland 3F goods engines (designed by Johnson, he of Spinner fame) by fitting Belpaire boilers. In time, this evolved into a new design, built from 1924 and resulting in a class numbering more than 400. Universally known as "Jinties", the engines worked right up to the end of steam on British Railways in 1967. Several have been preserved, including 47383 which now runs at the Severn Valley Railway.

This engine was completed ten years ago, built over a period of two years. The builder meticulously logged the stages of the project and kept a record of time worked, a total of over two thousand hours. To see a selection of the pictures from this high quality build, click here

The engine has been built to the Martin Evans design, finely made and detailed. Silver-soldered copper boiler with superheater fed by axle pump, injector and hand pump in side tank. Inside cylinders, slide valve actuated by Stephenson's valve gear with pole reverser in cab.

The engine requires a small amount of work to complete, including manufacture and fitting of ashpan and sealing up the smokebox blast-pipe entry with fire cement. It has never been run, there is very minor tarnishing to the brightwork where the protective oil has dried on - paraffin will remove it.

Complete with set of firing irons and a length of ballasted display track.