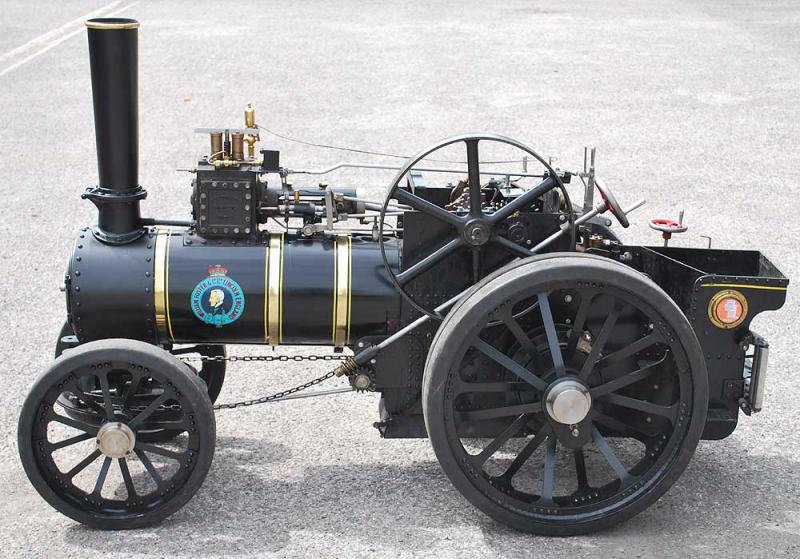 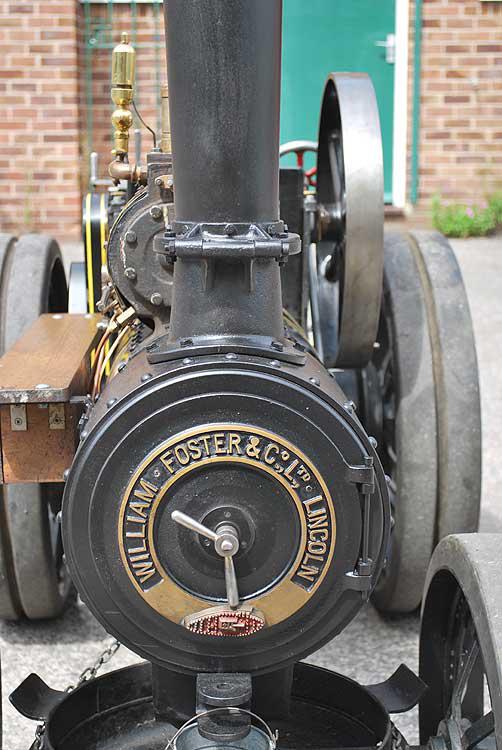 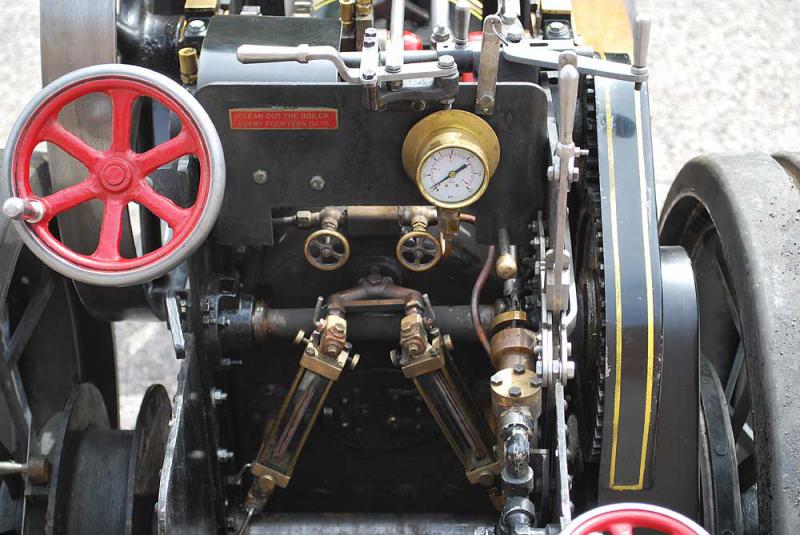 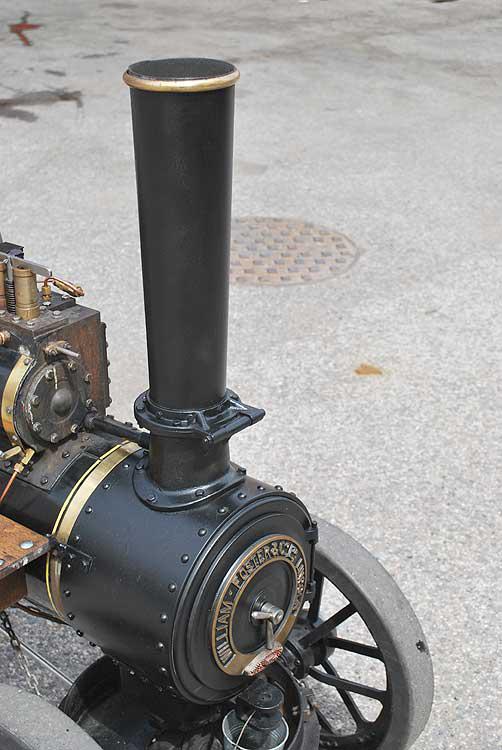 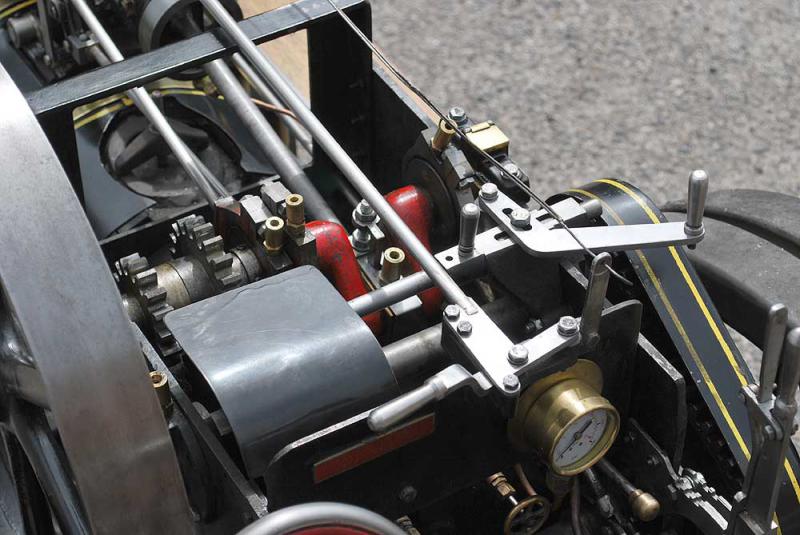 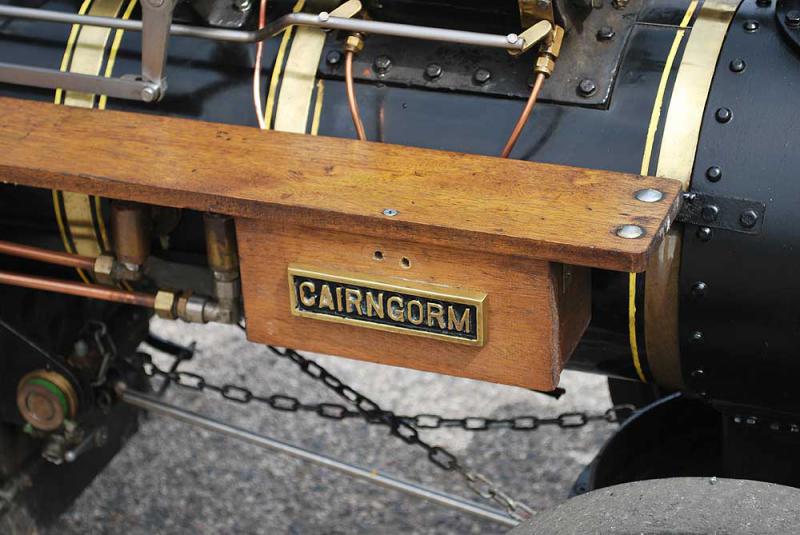 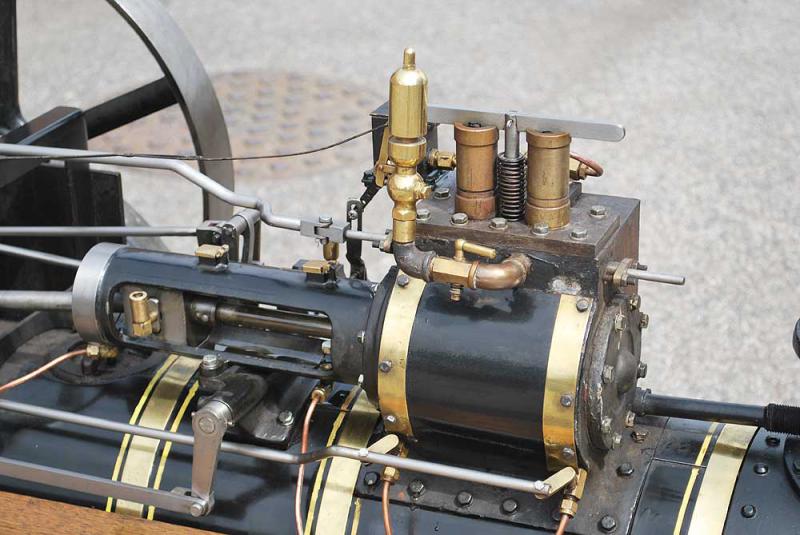 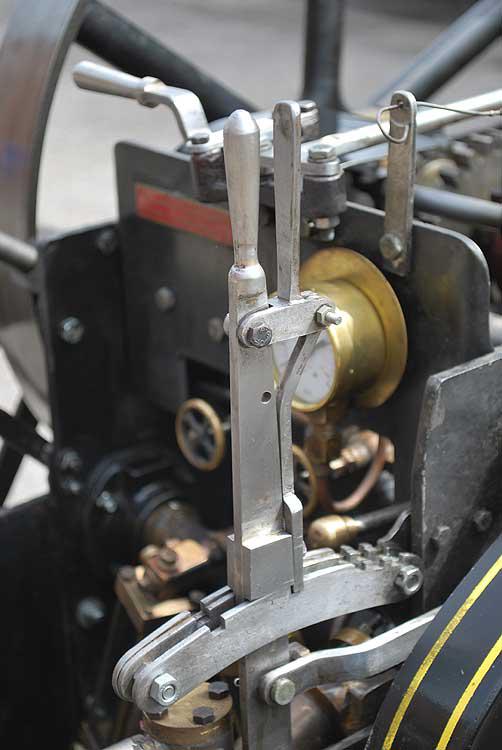 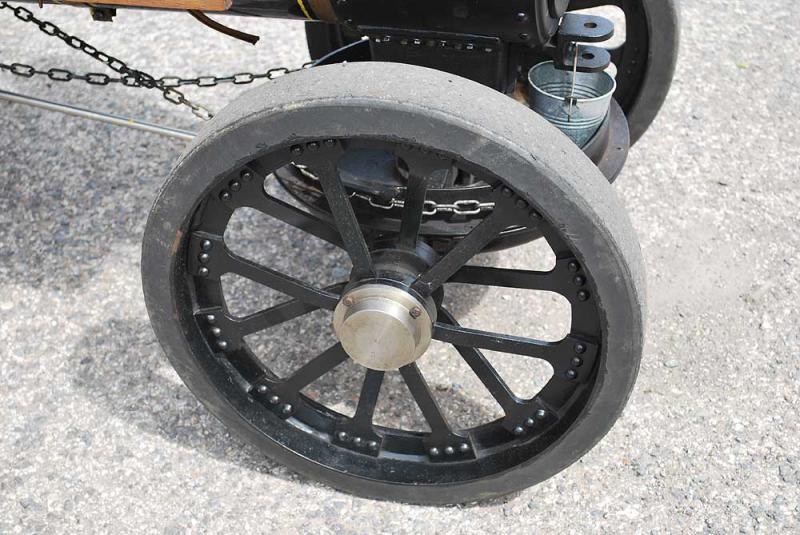 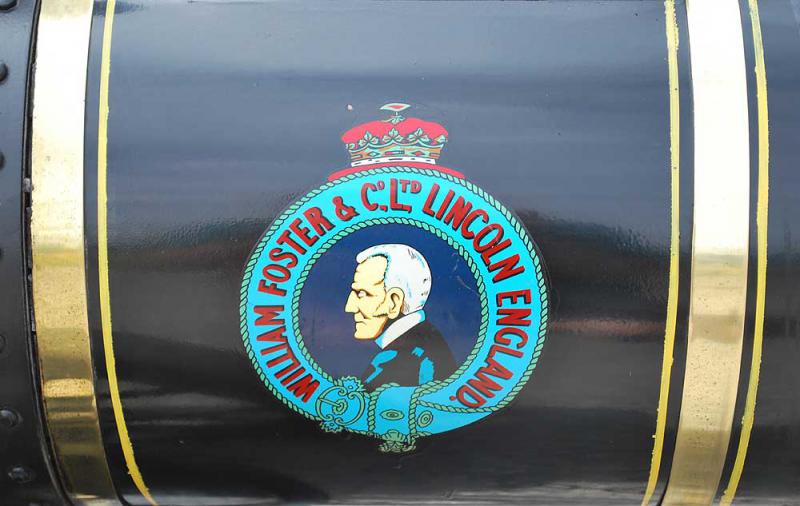 A 4 inch scale Foster traction, built in 2003 by a prolific engineer responsible for several large engines and at least two replica Locomobile steam cars (including the one I bought some years ago pictured here).

The engine has had hydraulic and steam tests within the last month, it was last in steam yesterday when Ashley amused himself running around the estate (it's something about Friday afternoons and sunshine with him, it's a bit like werewolves and a full moon...).