I've decided to give up apologising for the ever-increasing gaps between these news pages coming out - it's only the more noticeable given that Claire seems to be turning out a website update just about weekly at the moment (I dread Thursday afternoons when she starts stalking around the workshop chivvying me up to write some words for the things she's listed - the ultimate threat being that she'll write up the descriptions herself if I don't get copy on her desk pronto).

The main reason for my lack of scribbling the last few months is the sheer volume of stuff going through the workshop - rebuilds (with a 10 1/4 inch gauge 4-4-0 and 15 inch gauge Pacific in for major work), overhauls, new build "Staffords" (all the 2009/2010 engines now sold with another twelve well-advanced in the current 2010 batch), servicing work on engines coming in for sale and an almost endless list of boilers to test. It's a miracle any of us get home for tea and a shower some nights!

The Stafford production line has become busy over the last few months and is squeezing our space to the limit until we get the new building which will combine a servicing/overhaul department, offices and erecting shop for new engines - although not finally decided, it may be that the old unit is used for an expanded machine shop rather than letting it. The workforce currently numbers five - whilst there is a requirement for at least one more man (and possibly two) in the workshop, recruitment is of necessity on hold until the new year when we should have more room. 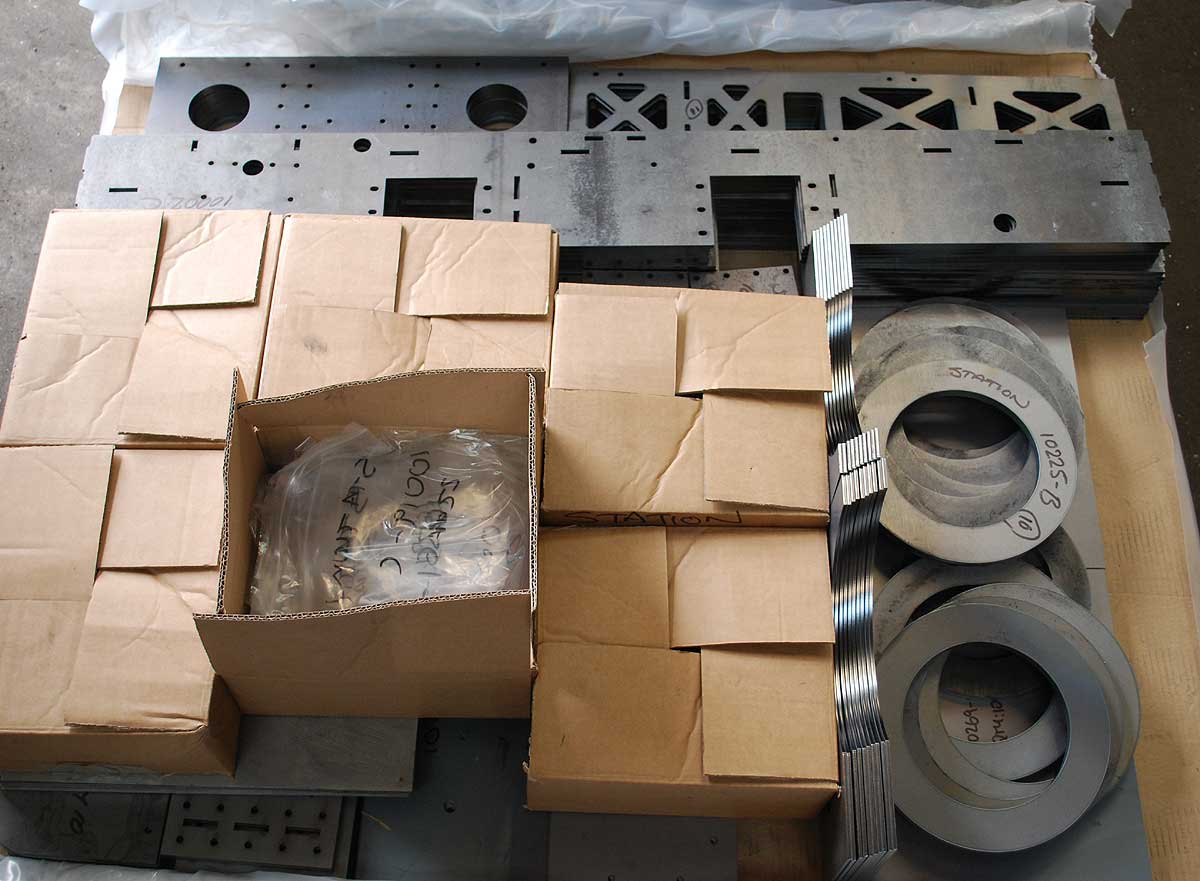 The latest batch of Stafford numbers twelve locomotives - the idea was to give us some stock after existing orders had been fulfilled. All seemed a good idea as we started making bits, carefully boxing up sets of valve gear, boiler fittings, all the various odds and ends that go into an engine. Then all the castings arrived (and a crate of thirty cylinder blocks on its own is a forklift-only job), the wheelsets are finished, a quarter of a ton of laser-cutting for the chassis appears and suddenly we can hardly move in the workshop, this was before any assembly started. 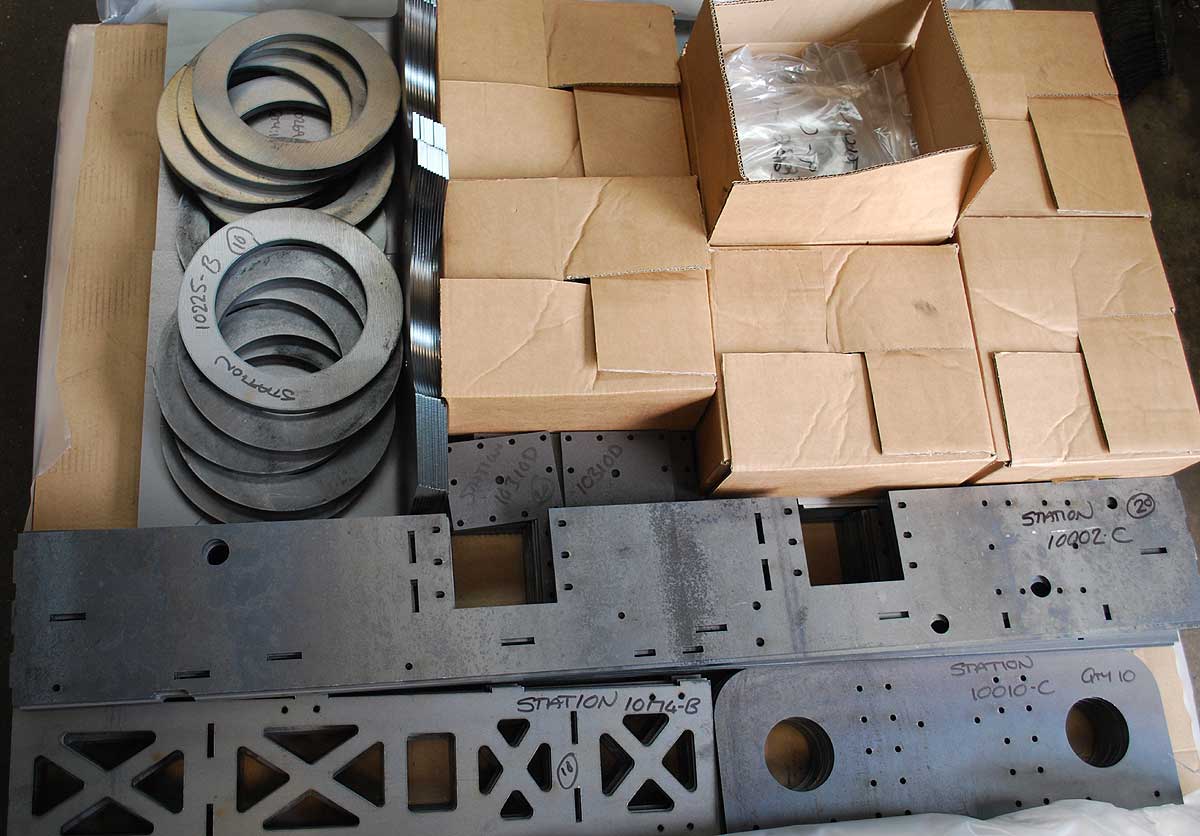 We had some welcome help over the summer when Sam joined us for six weeks, getting the great majority of the rods and motionwork cranked out on the machining centre - every year at the end of the holidays it leaves a bigger gap when he goes back to school! 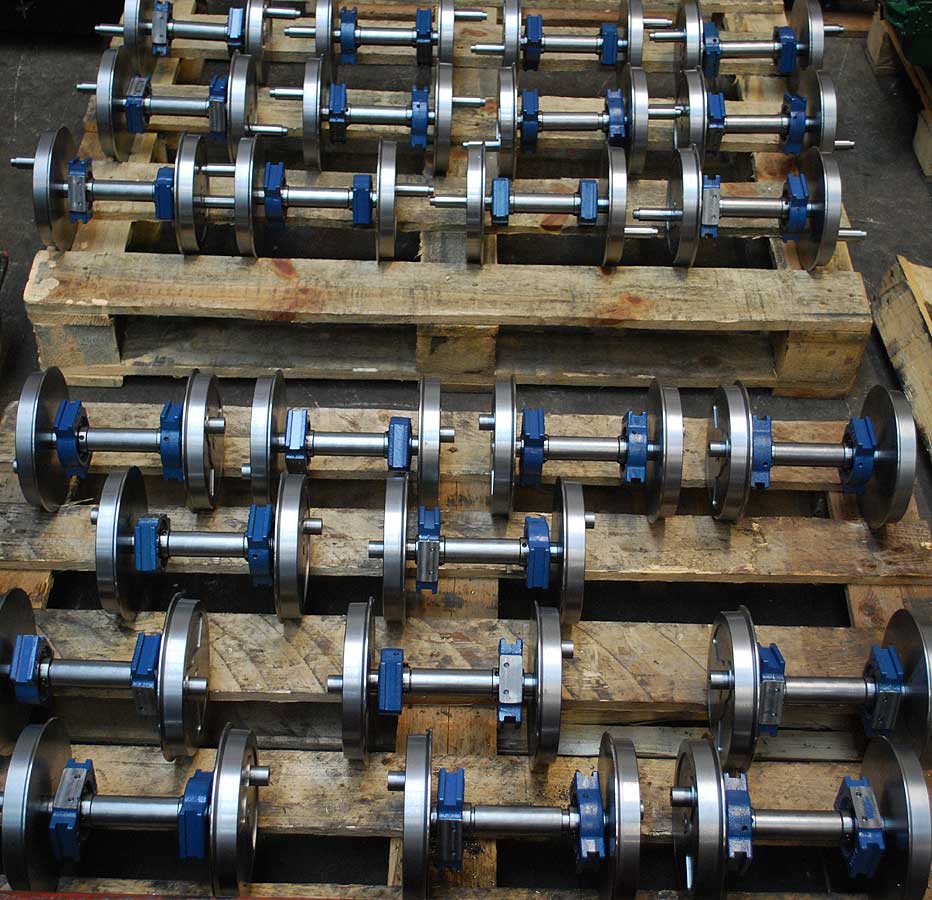 The laser-cut parts are for the latest specification all-welded chassis, which makes up into a very robust, easy to assemble unit with a high degree of squareness in all planes as it comes out of the welding jig, making assembly of the rest of the locomotive very much easier.