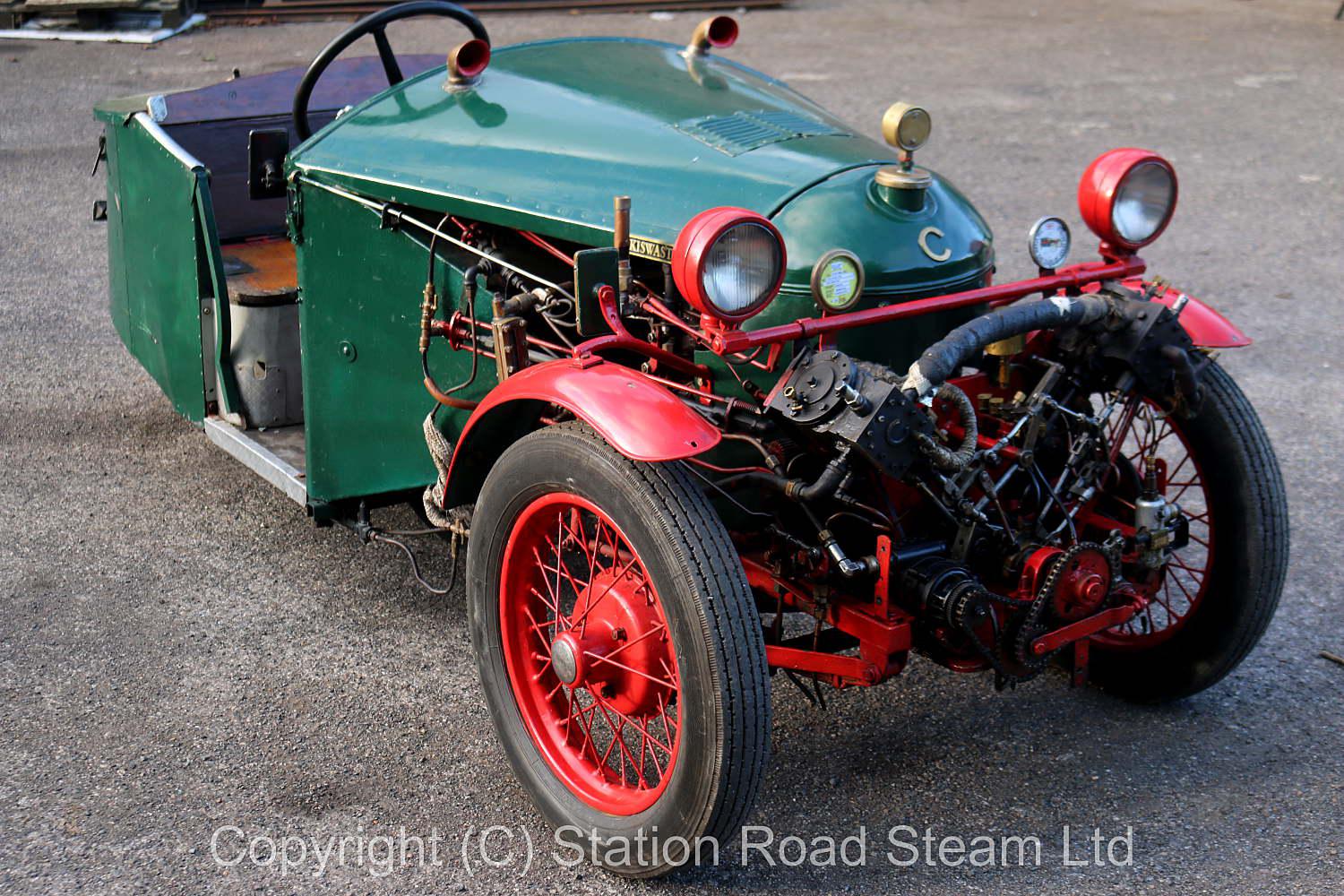 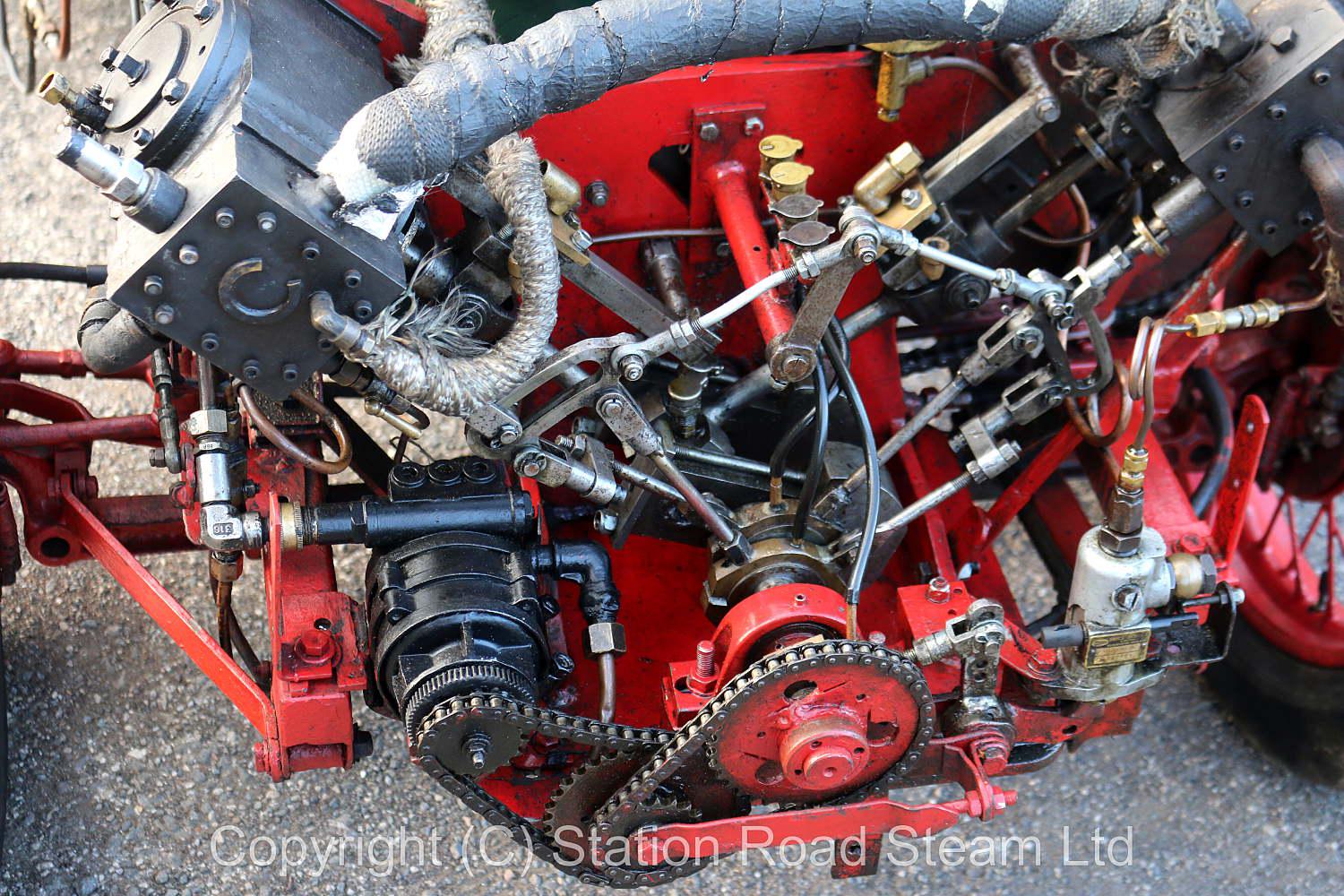 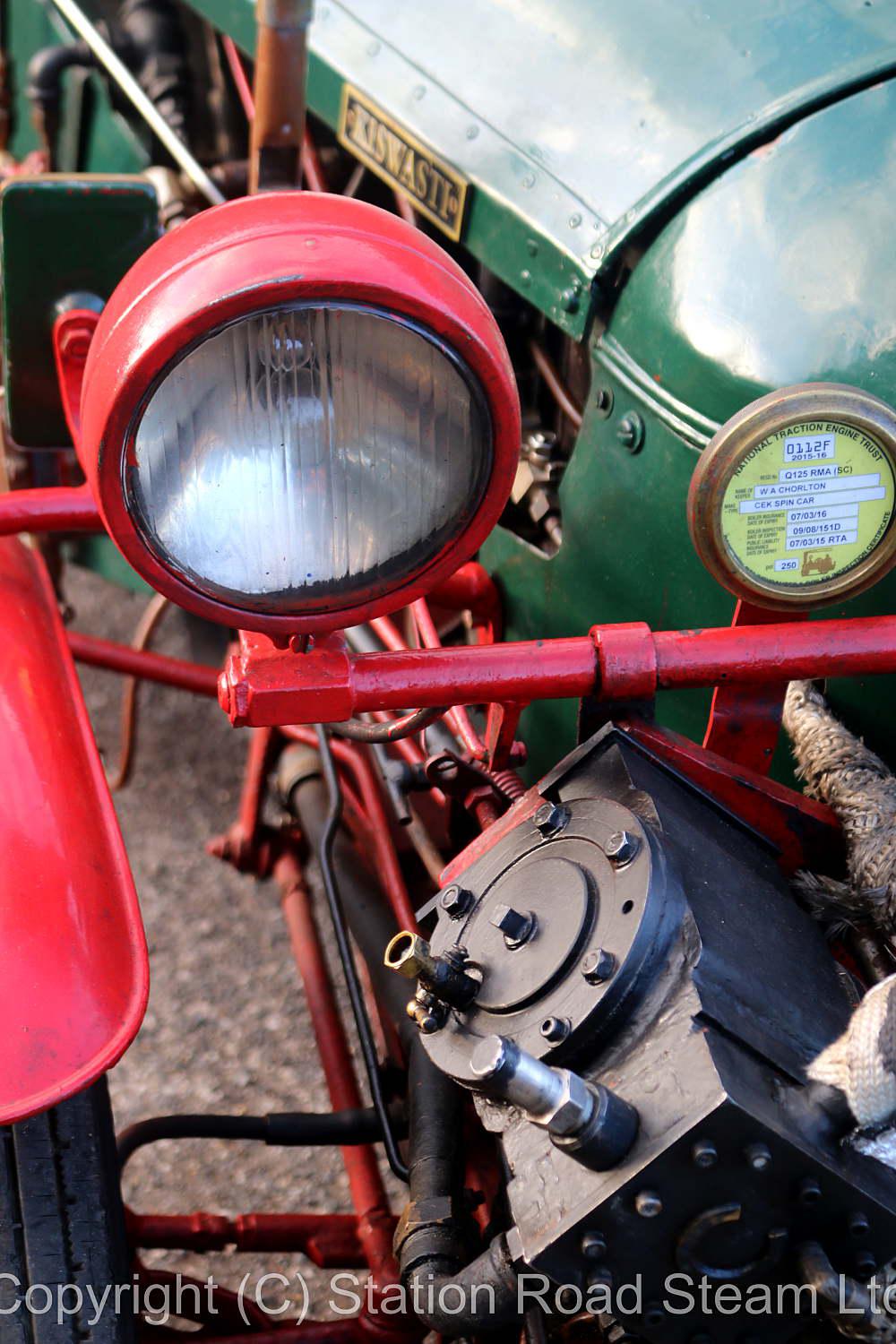 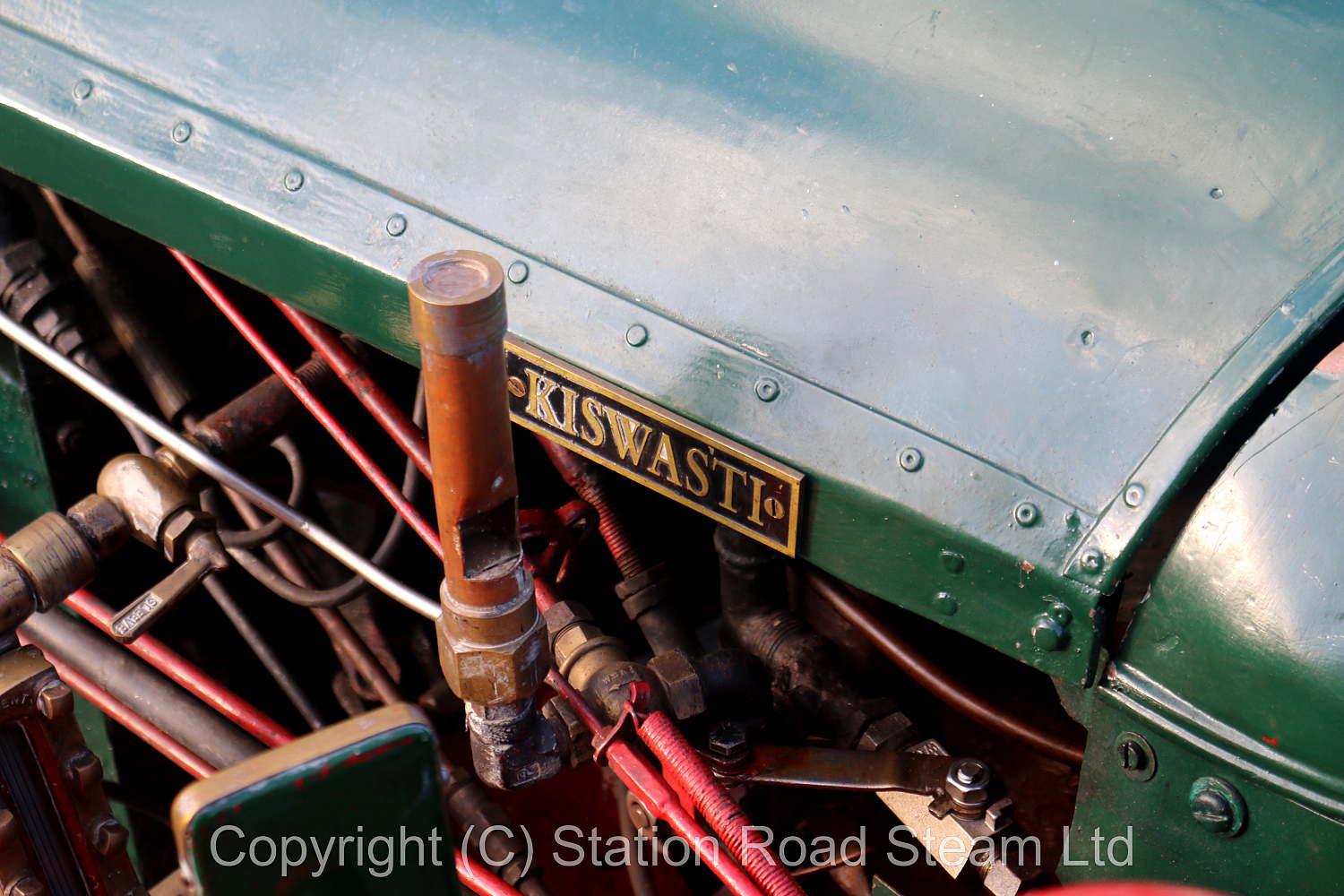 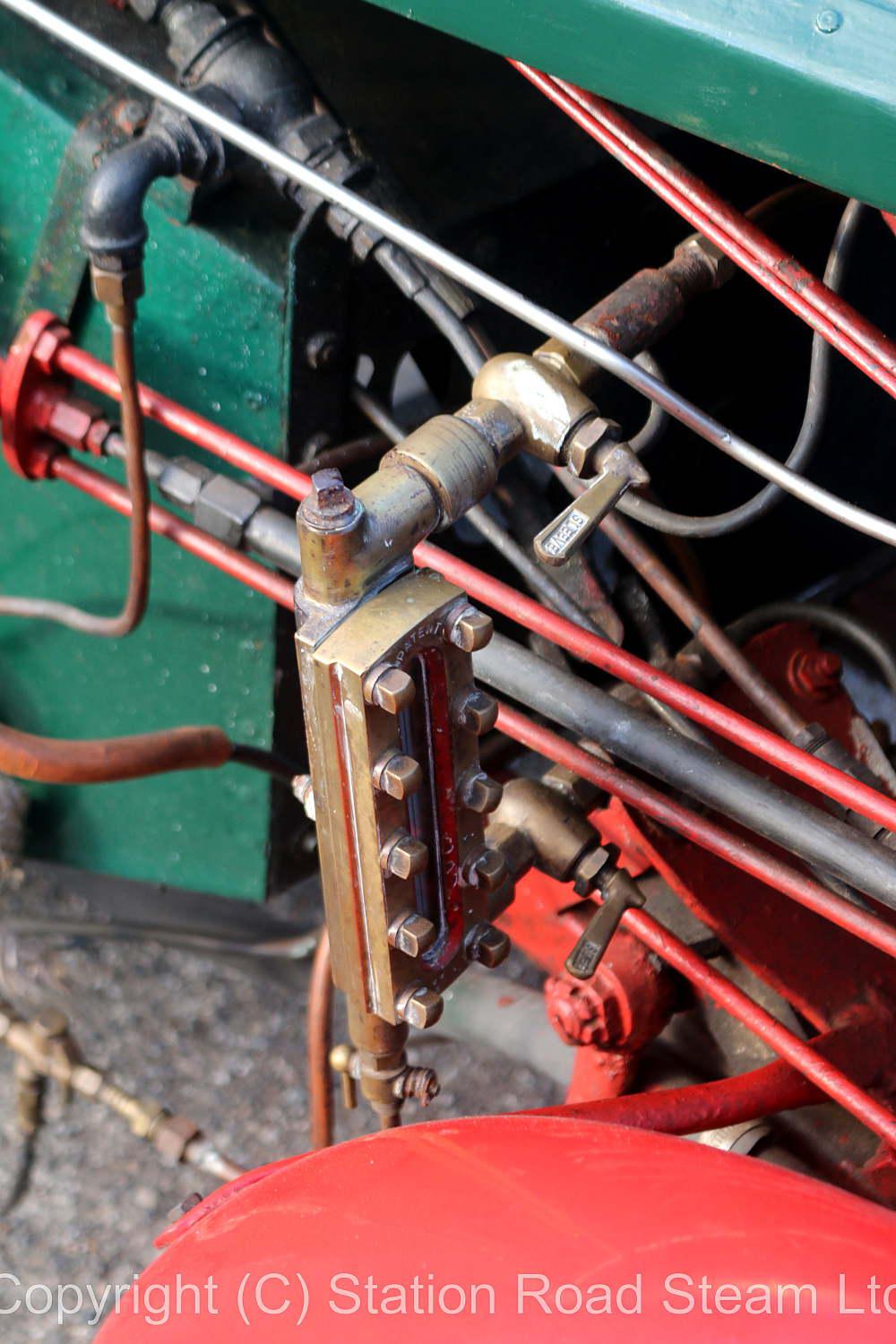 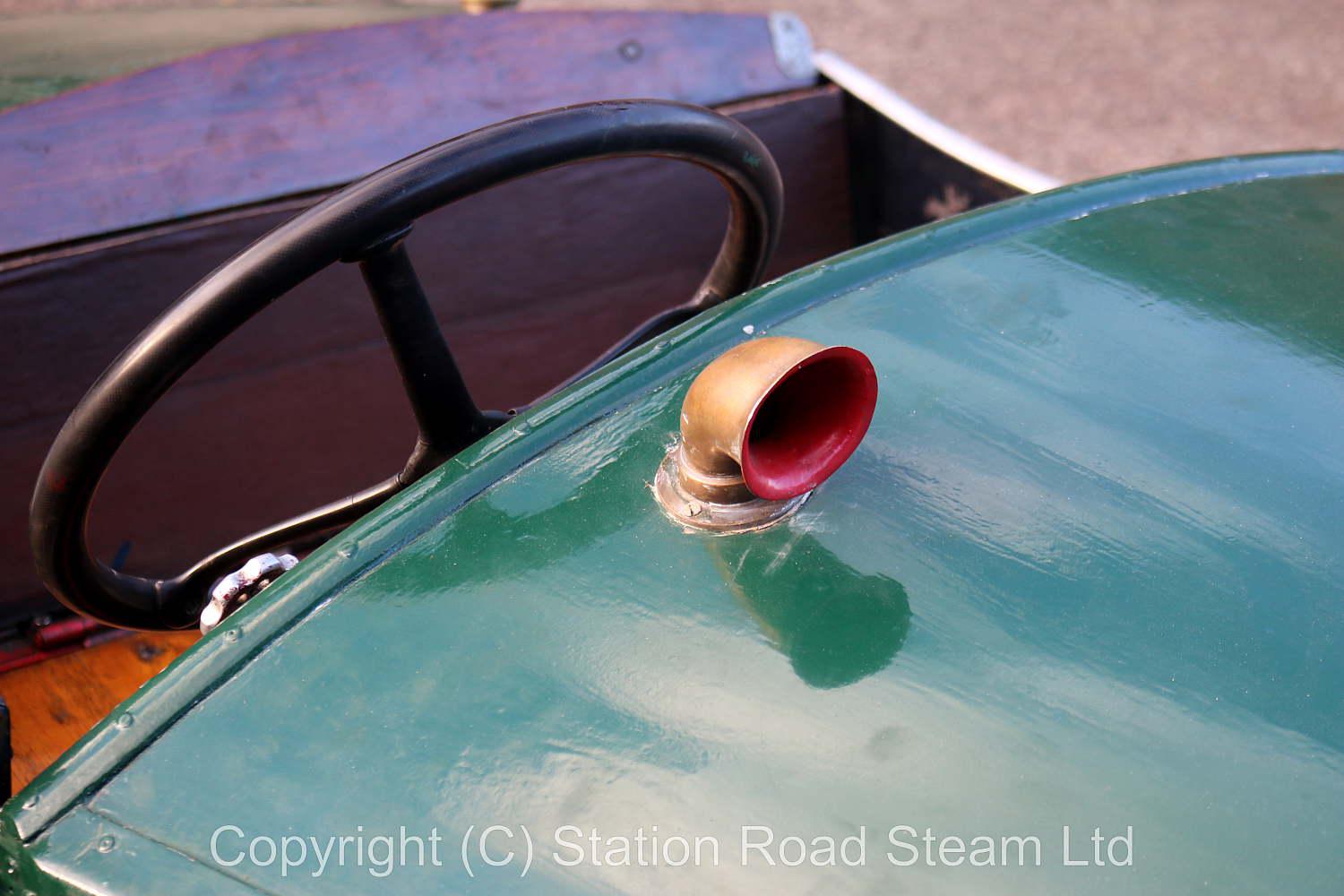 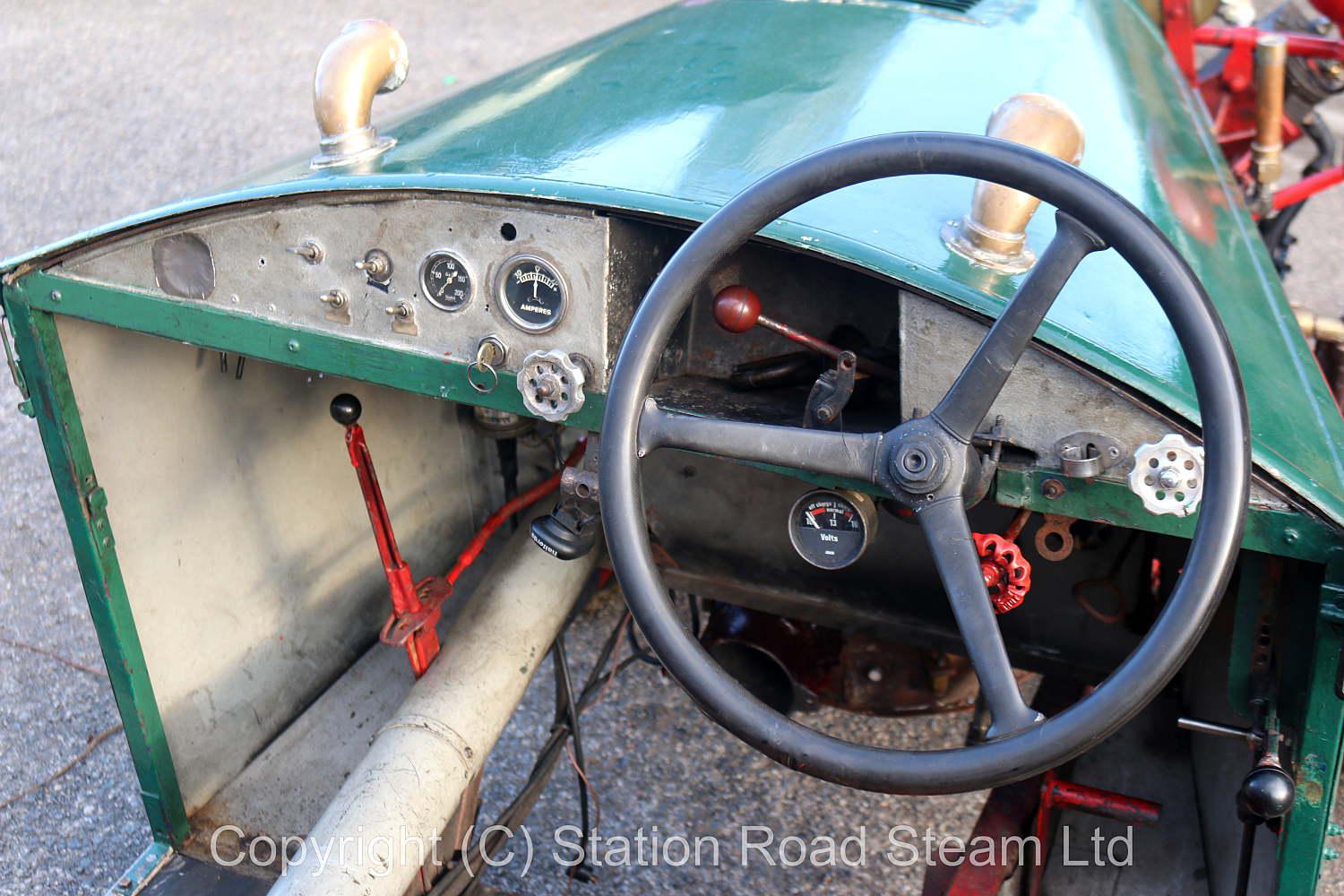 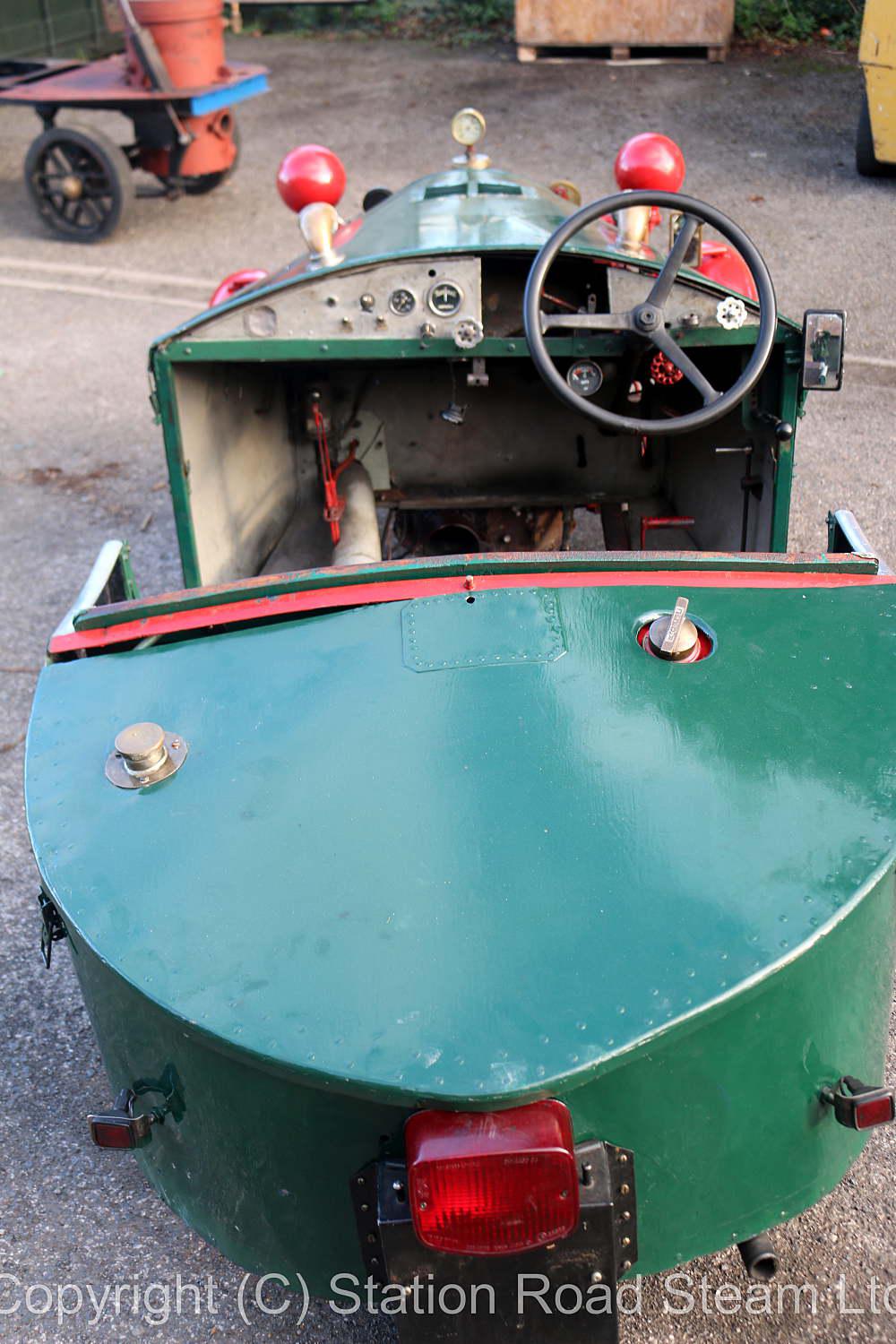 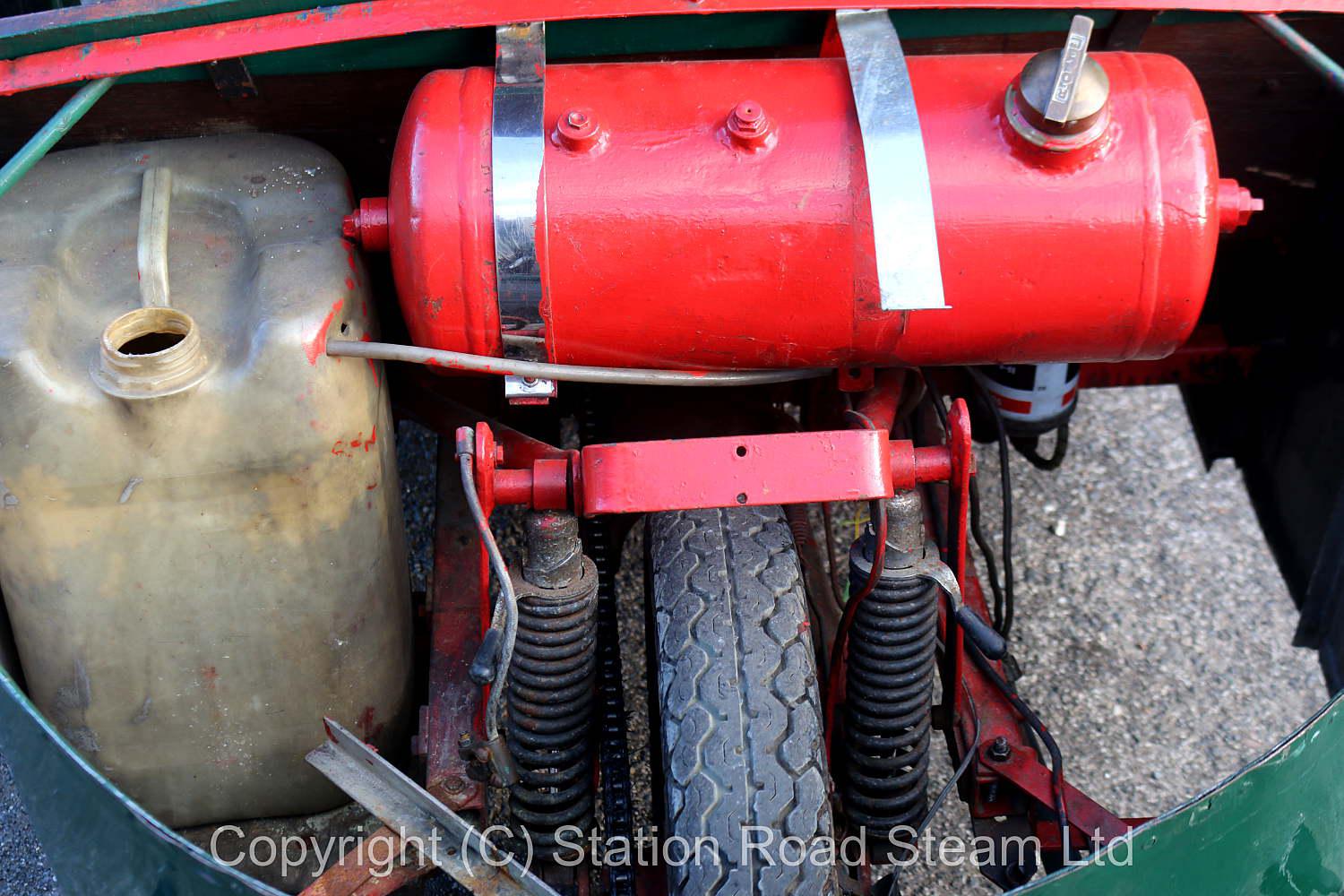 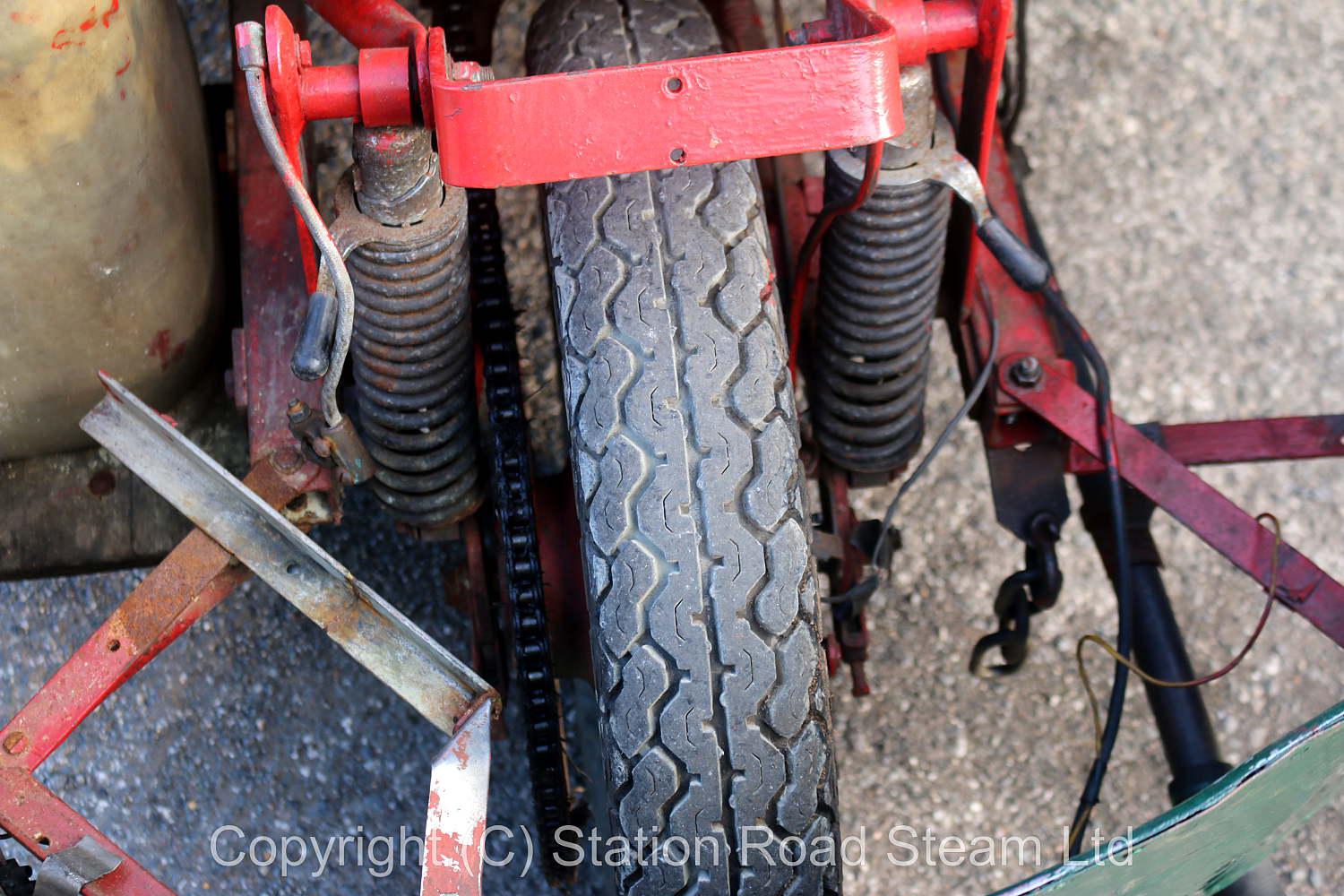 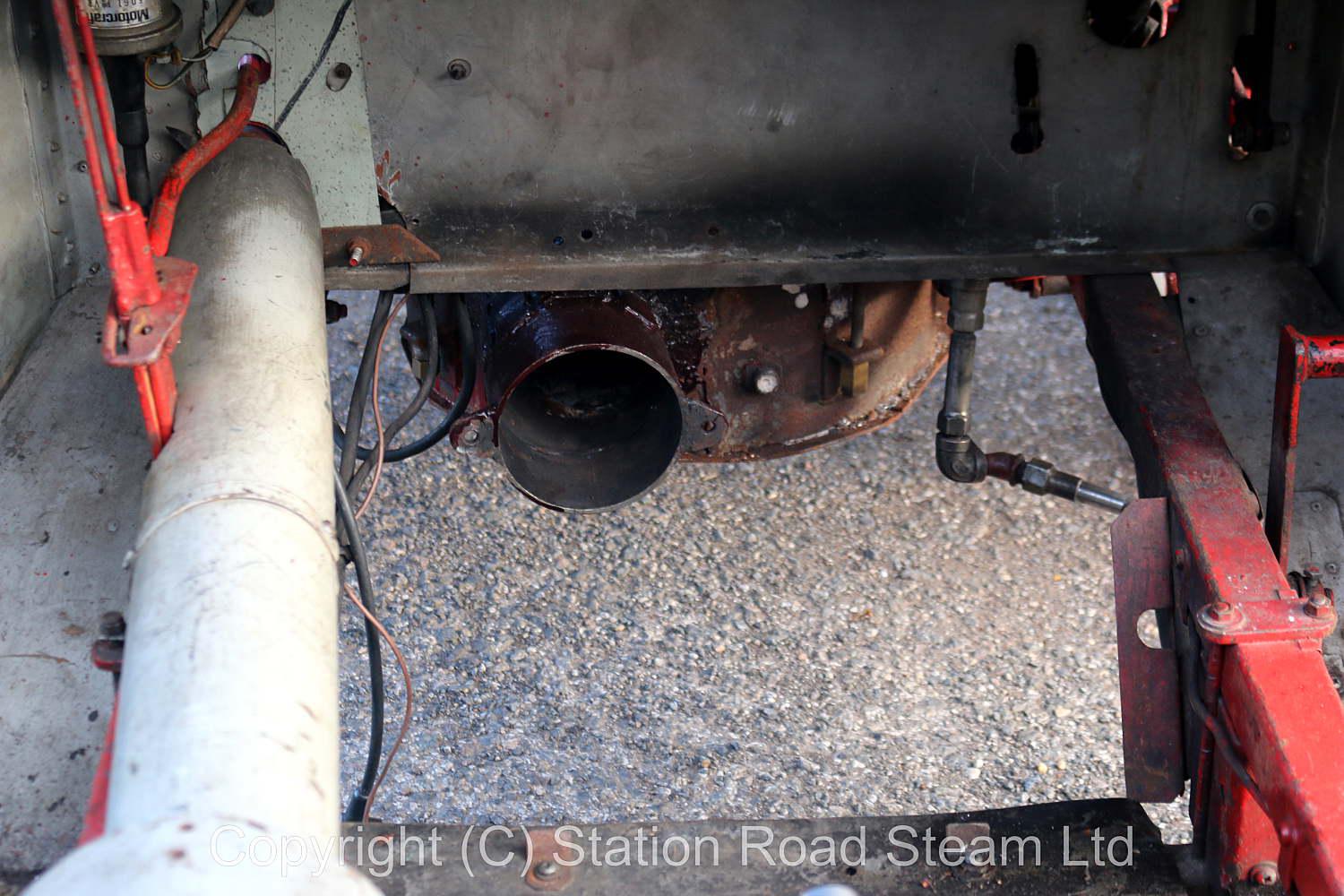 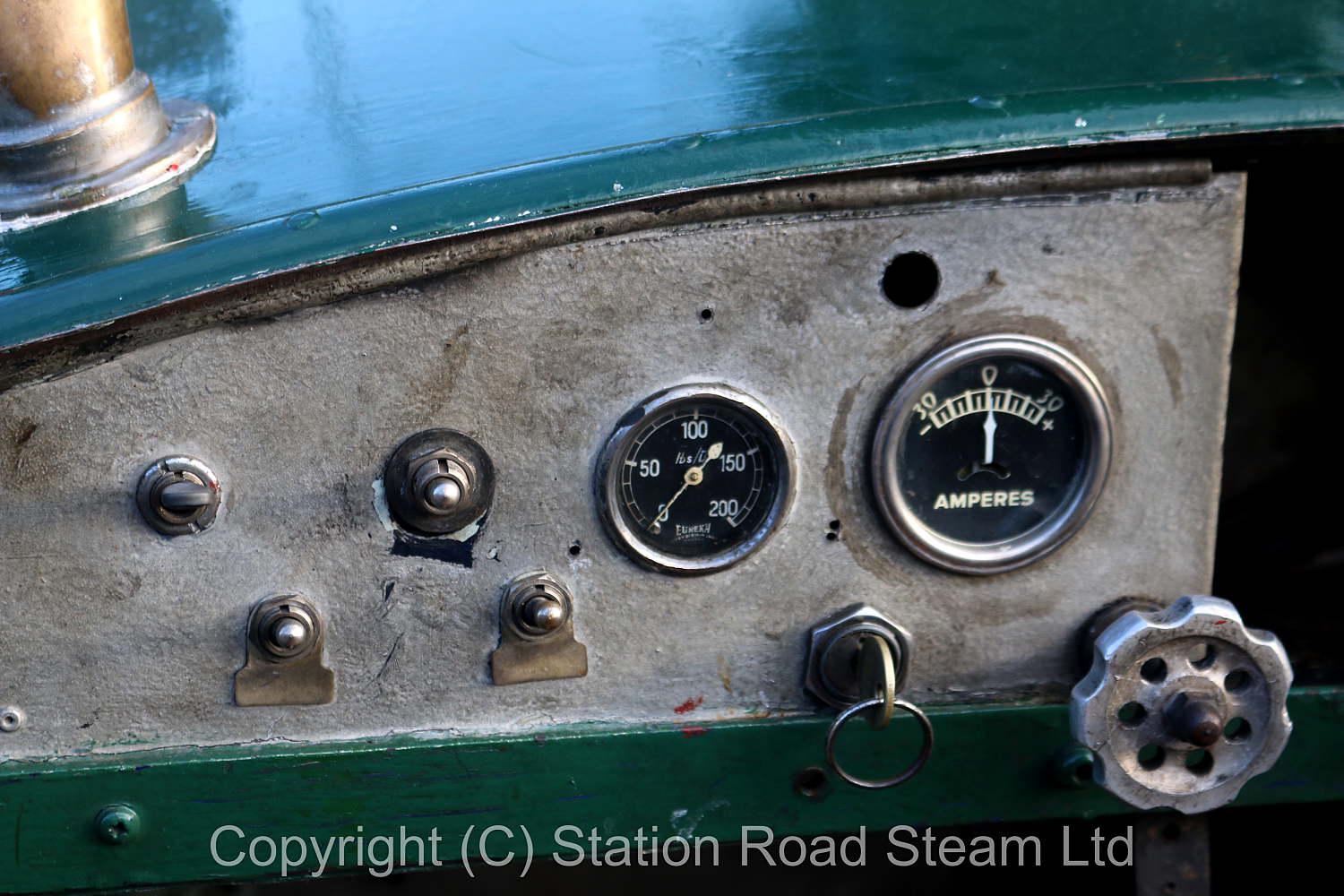 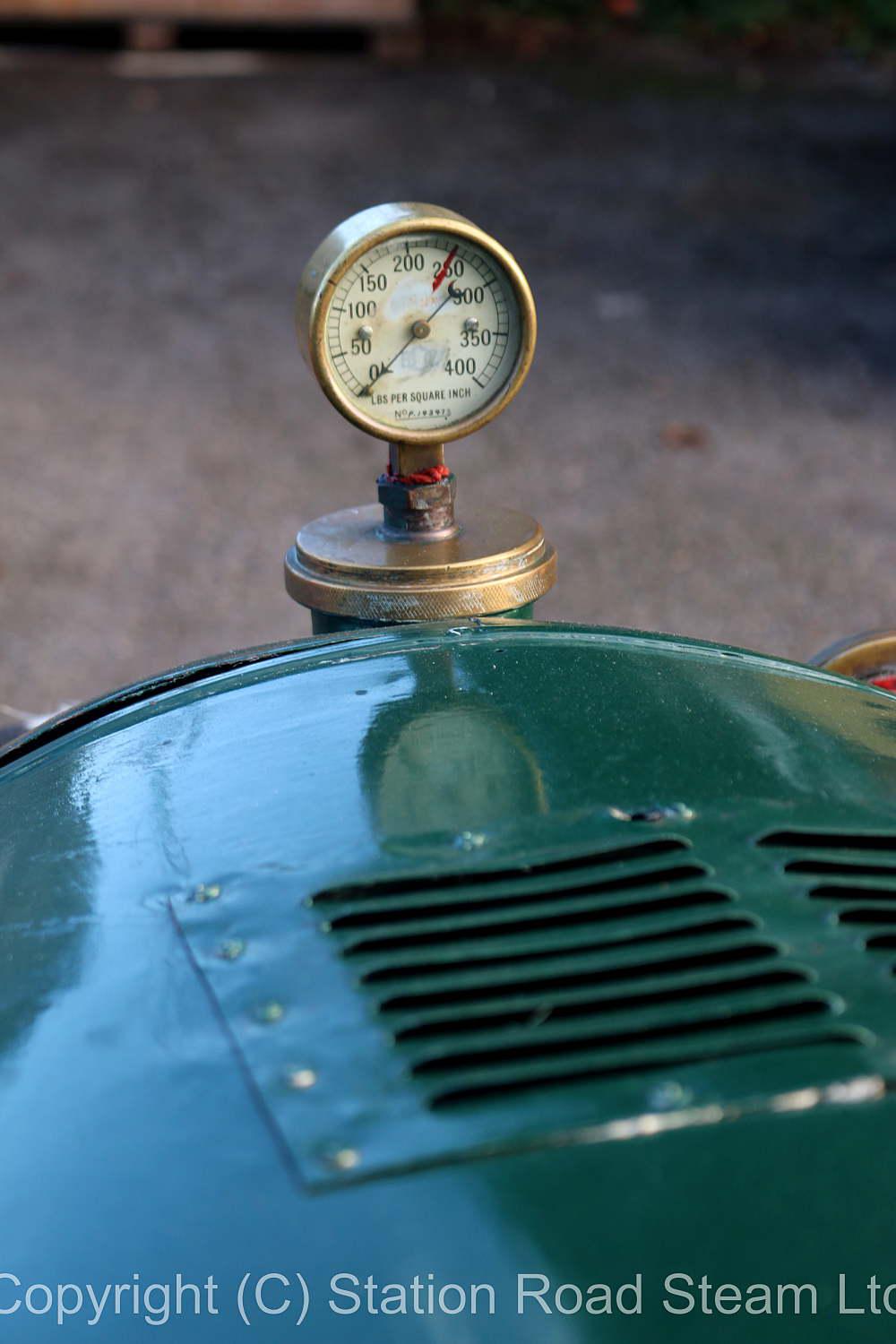 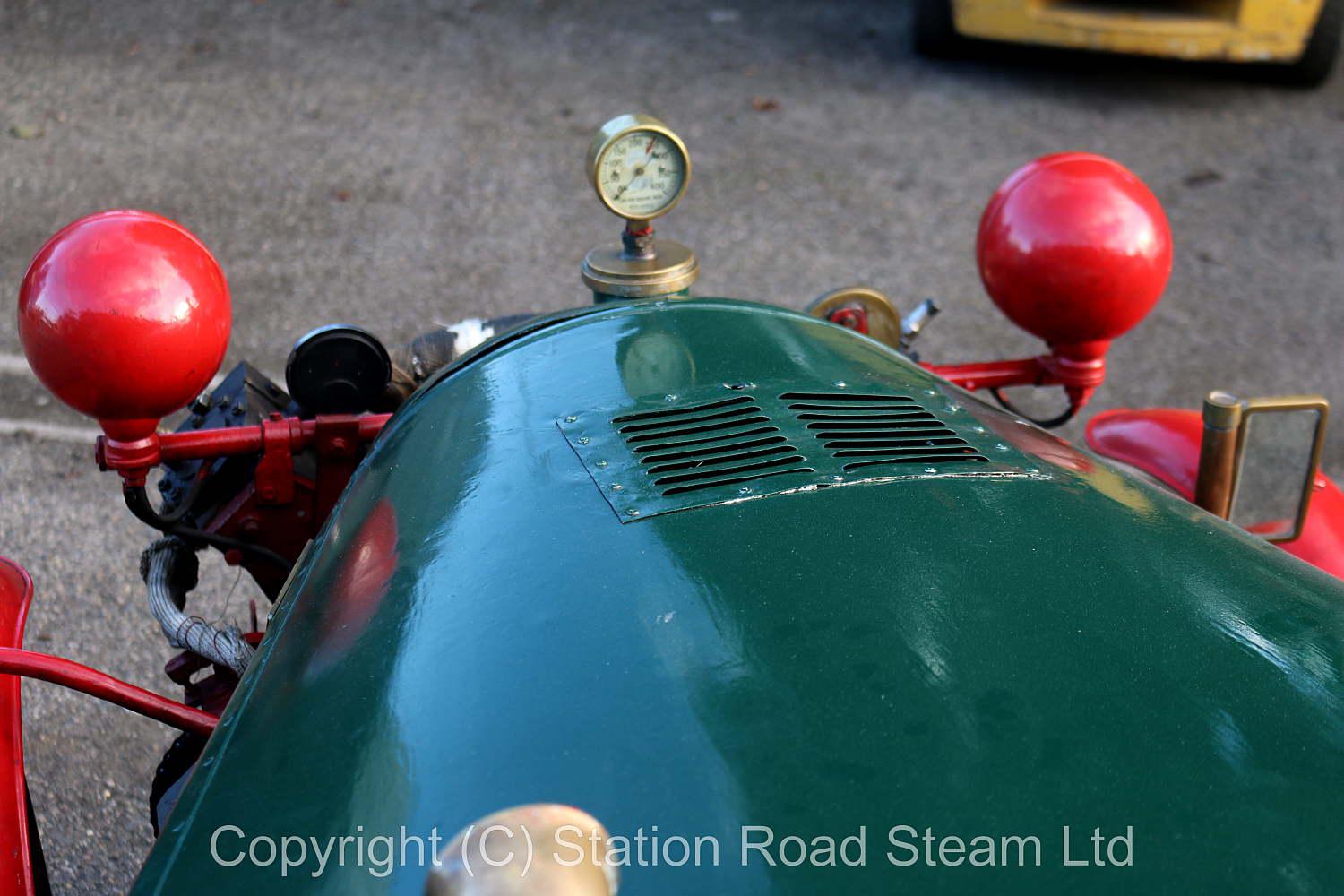 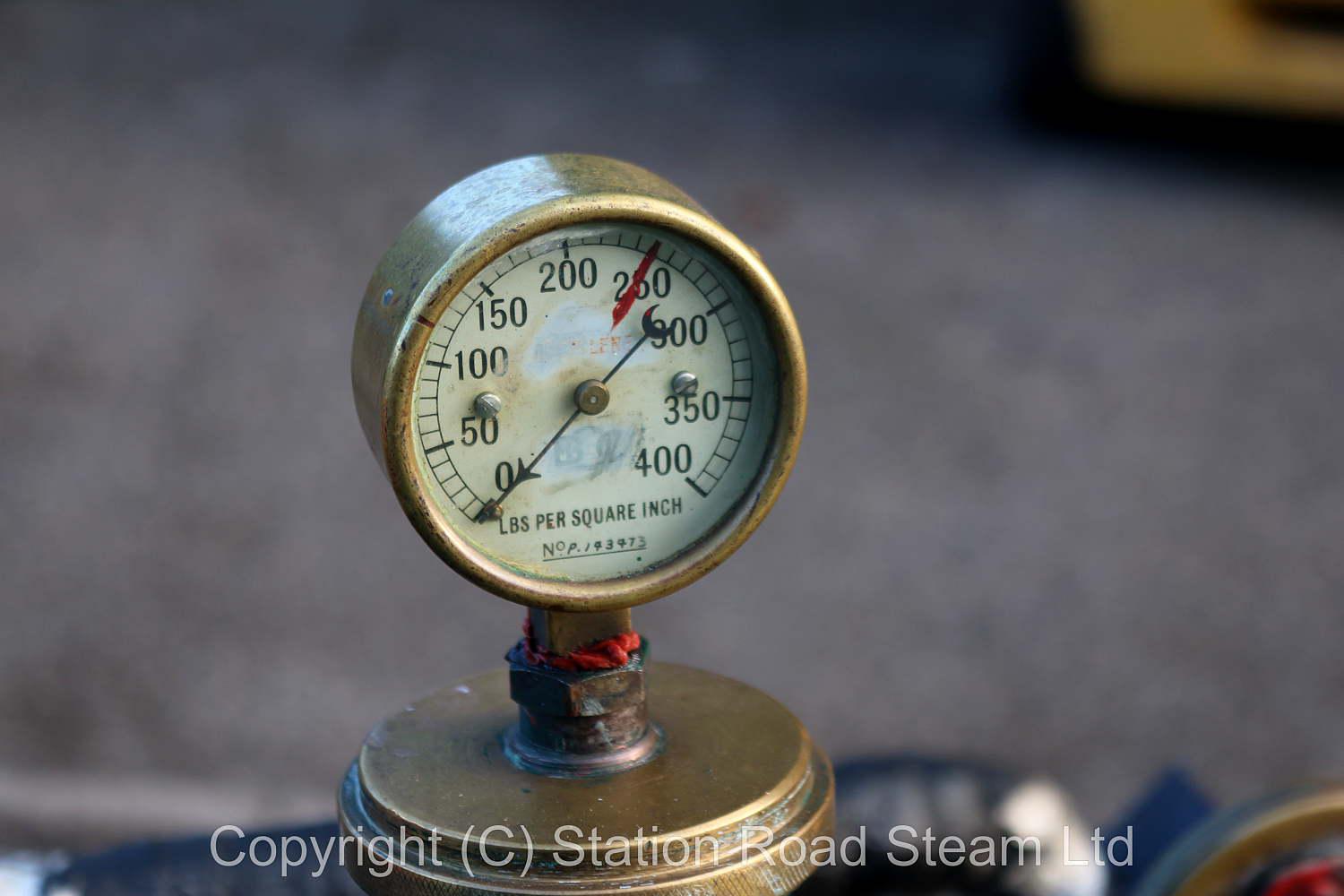 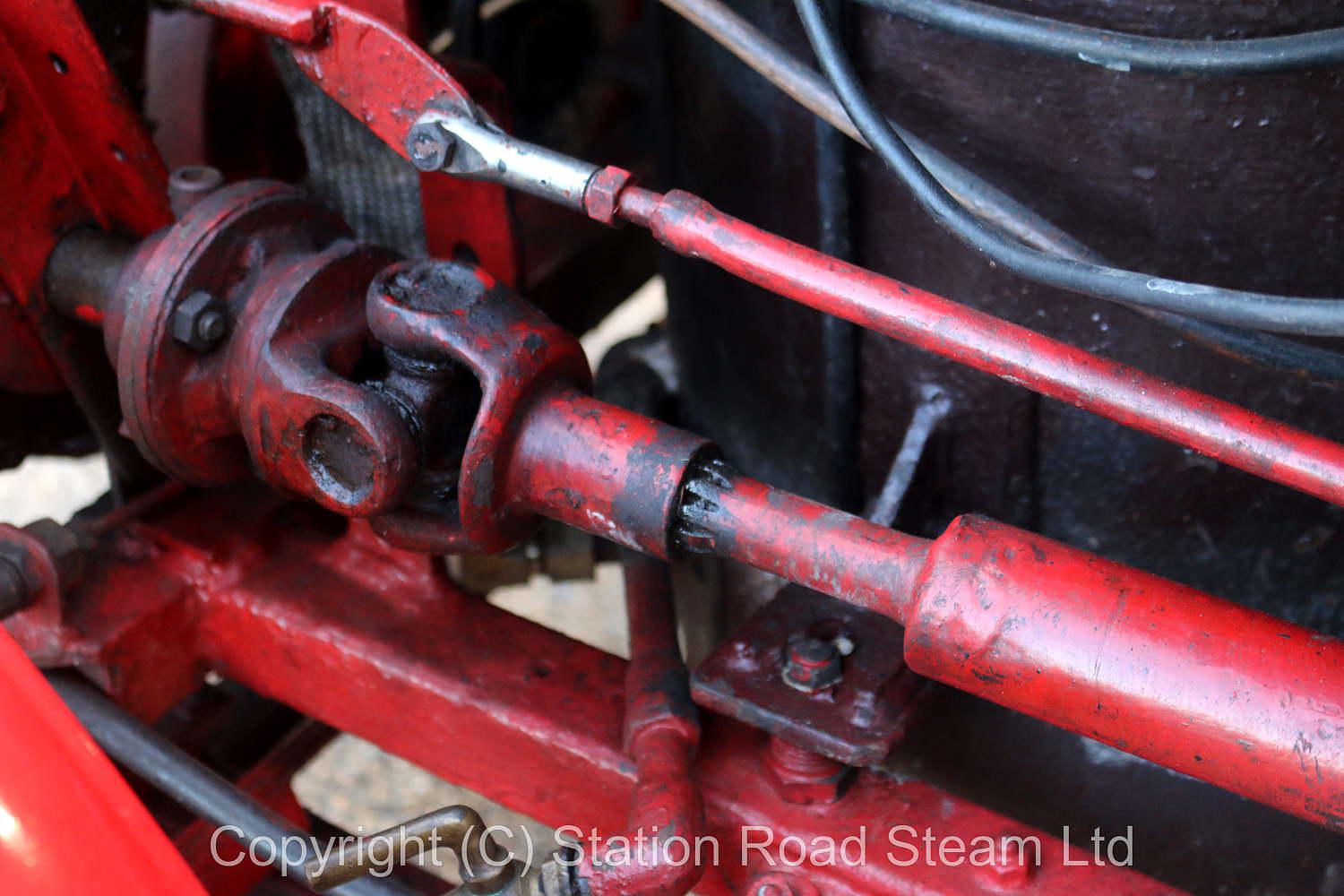 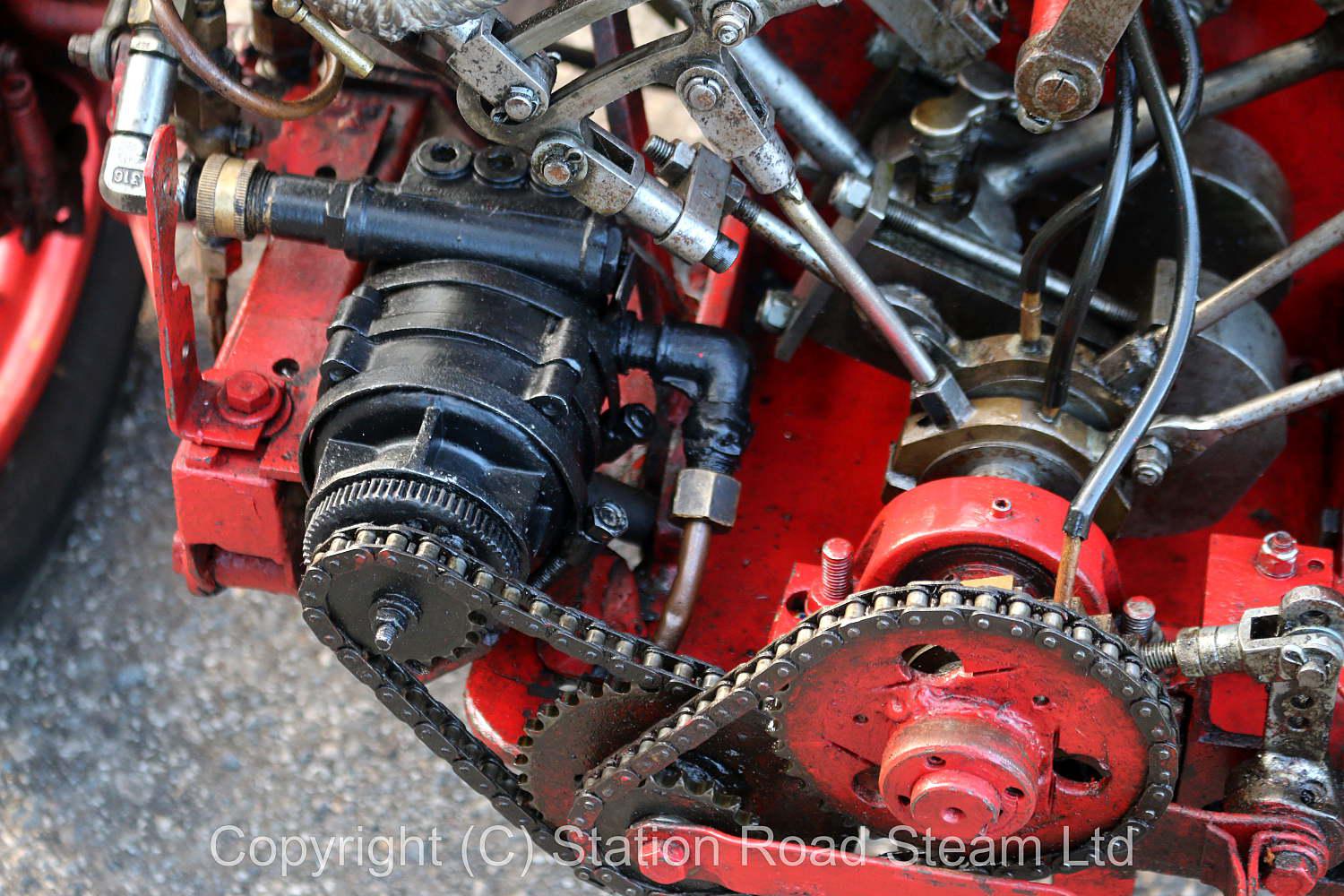 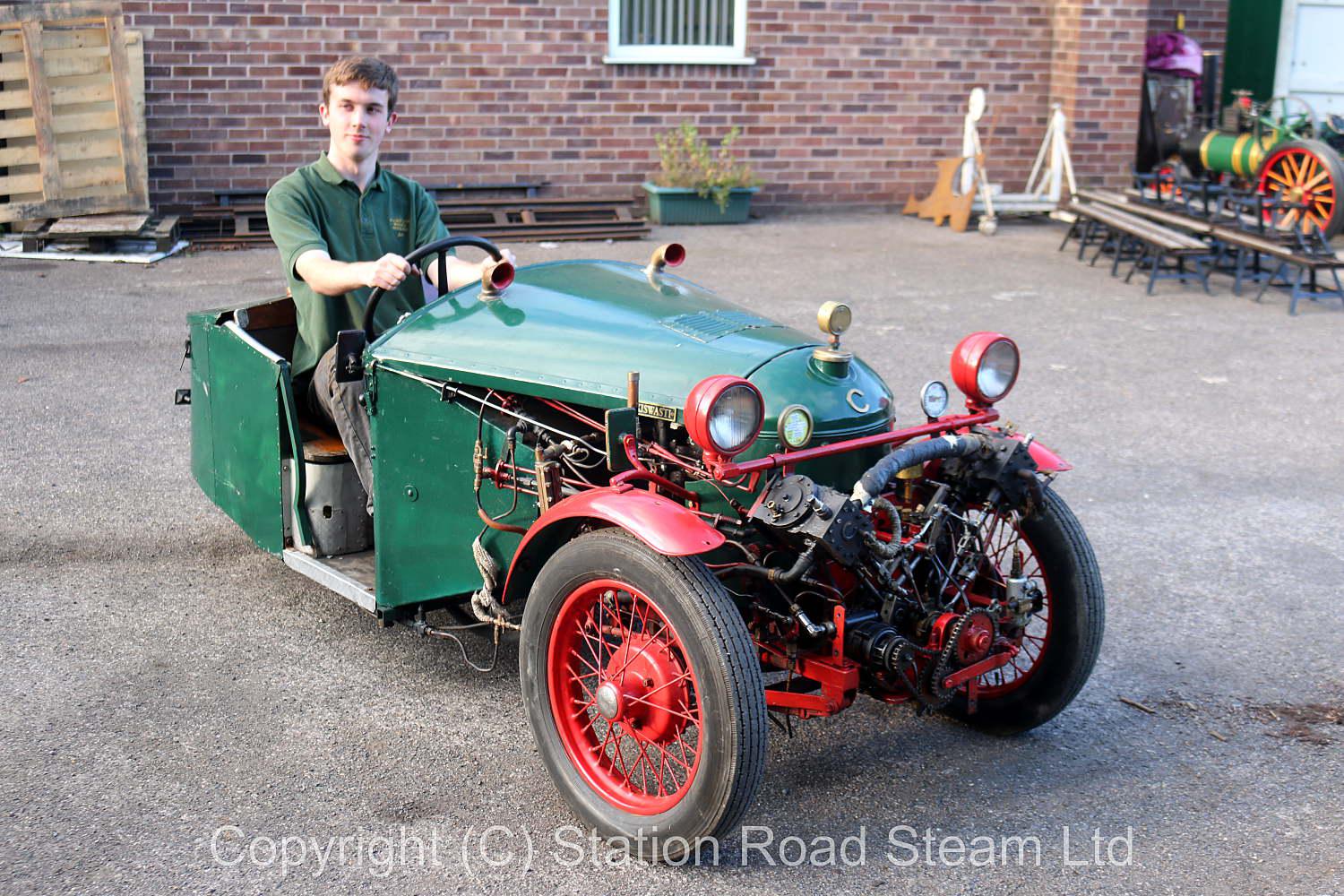 A steam tricar built by Bill Chorlton in 1947, heavily influenced by the prewar Morgan three wheeler. You can't but help admire the ingenuity shown in its construction - in spirit it puts me in mind of the wonderful "Sentalike" we sold a couple of years back, the work of an engineer who combined capable construction skills with an unfettered mind (and what must have been a complete shed full of odds and ends saved from other projects).

Motive power is provided by a V-twin steam engine mounted up front, the cat's cradle of chains up front driving alternator and oil pump through an intermediate step-down shaft. The engine itself is slide valve, Stephenson's reversing gear, driving to a single back wheel by chain.

The drum type firetube vertical boiler sits under the bonnet, pressure gauge is mounted atop the bonnet in the driver's eye line. Water gauge is a Klinger type, mounted facing forwards with a wing mirror allowing it to be sighted from the driver's seat.

The chassis has rack and pinion steering, independent suspension at the front with drum brakes on all wheels.

Remarkably the thing is road registered, with a V5 document. Rallied regularly over many years, it has now been unused in some time - it is missing its burner (which may be a reason for it falling into disuse) although appears otherwise complete. There's a fuel tank under the boot lid, I suspect the thing would run on a central heating boiler oil burner, same as used by the current replica steam cars.