SRS Blog > Tinkerbell in the snow

Our builder Dal was round for a few days some weeks ago, knocking a whole through the back of the engine shed wall into the stables where I want to set up a running workshop for the railway. He cut through the wall, took out a nine foot length of concrete floor with a disc cutter, then set in some tramway before knocking through an inner wall into the old carriage shed (as in horse and carriage, from the days when the village doctor kept such a thing, rather than railway carriages). He did his usual neat job, the outcome was nearly two tons of useable limestone stacked up inside which was too good to throw out, but in the way. 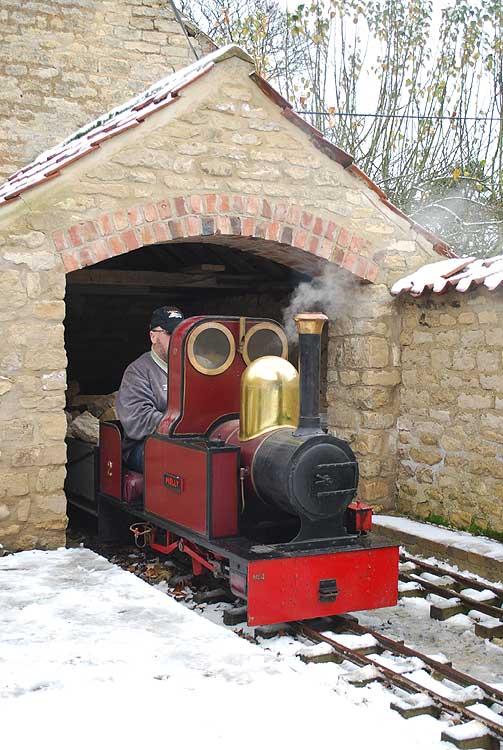 Friend Martin was over a couple of weeks go, Sunday morning dawned very chilly, it having snowed overnight. After a round of Mrs P's bacon butties, we quickly made up the short section of rail required to bridge the gap left by taking the wall out and joined up the shed road to the tramway inside. This allowed us to push my large bogie wagon in right next to the stone pile, we cleared the lot in the morning and stacked it round beyond the tunnel. Putting "Molly" into steam was rather more fun than fifty trips with the wheelbarrow! 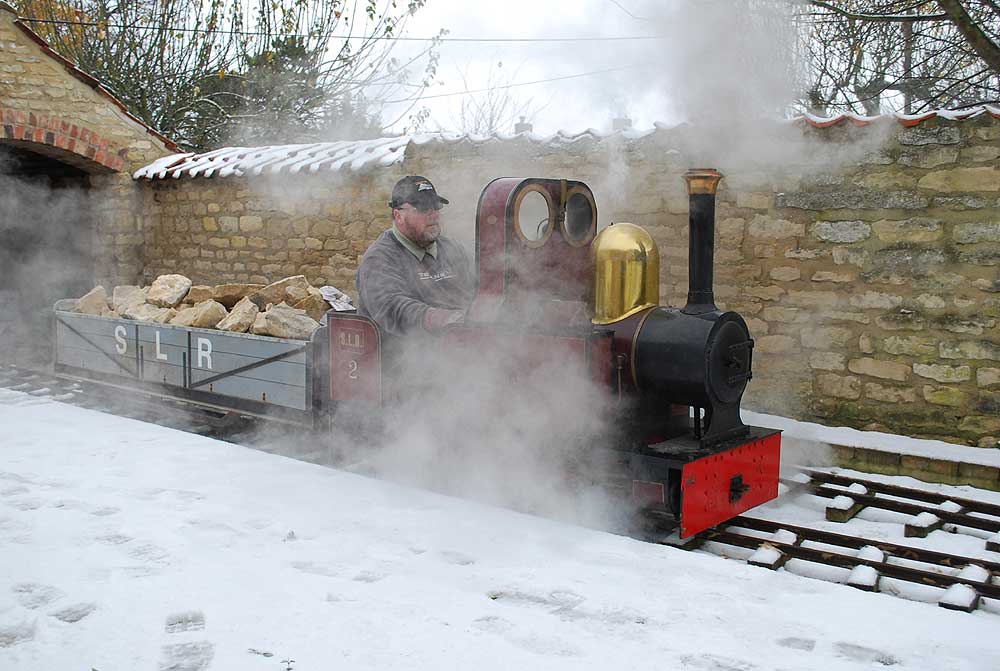 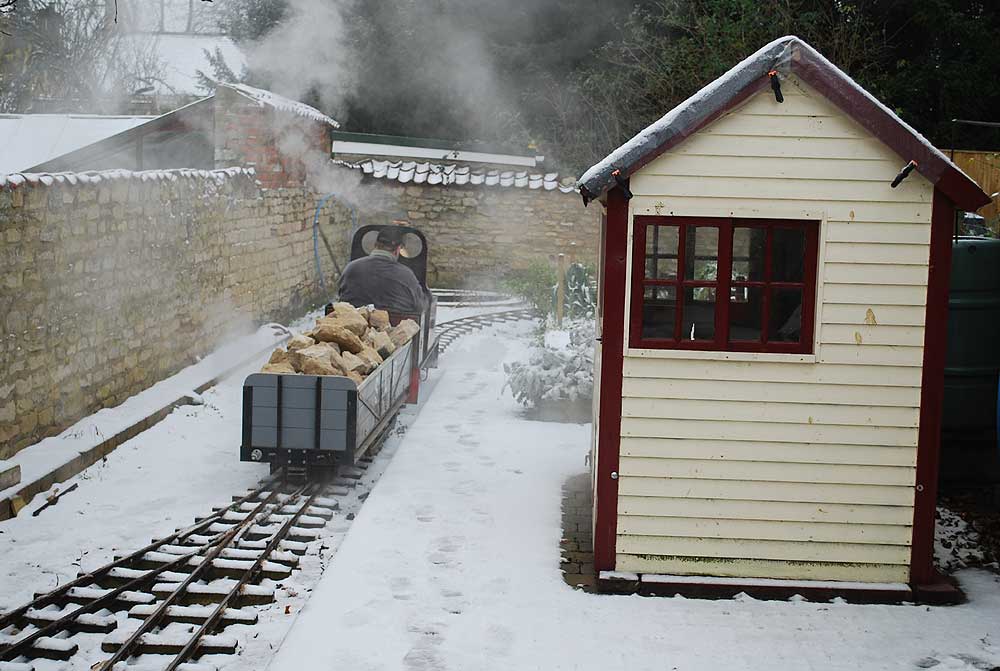