I had some time spare last week so set to work getting the boiler ready for test. With all the inspection plugs out, the boiler had a good wash out which brought out some rust flakes but little by way of serious scale. The boiler has washout plugs at the four corners of the firebox just above the foundation ring, with one in the smokebox.

Inspecting the tubes after removing the inner dome showed them to be as new, with no build up of scale at all.

I stripped the lagging and cab off and fitted a gauge glass. While trying to fit the second glass, the top fitting fractured under modest attention from a spanner, the metal was very crystalline - I will replace both to be on the safe side (having once had a 2 inch scale Baldwin gauge glass let go on me whilst I was wedged in the cab with no fast escape route!). 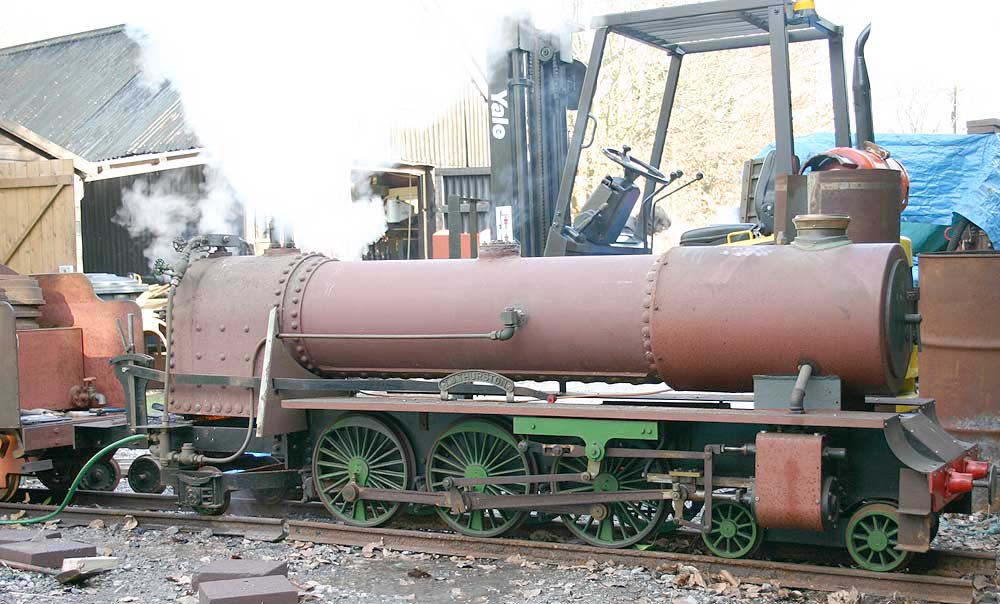 Having filled the boiler with the hose, I connected the hydraulic pump and started gently to put some pressure on. Somewhat to my amazement, apart from the usual leaky fittings, the boiler was absolutely dry at 150psi - not a bead of water inside the smokebox or firebox. They knew how to make these rivetted boilers!

We had friends over on Sunday, so it was late in the evening before I could get back in the workshop to rig up some plumbing for a blower and temporarily fit a pressure gauge ready for this morning (Monday). Ian Farrance, my boiler inspector, was due in to test several traction engines - I had an idea that if we could get work out of the way in the morning, we could play in the afternoon! So it was that the engine, having last steamed in 1954, now has a shiny new ten year hydraulic ticket, passing its steam test an hour later with the safetys adjusted for 100psi working pressure. 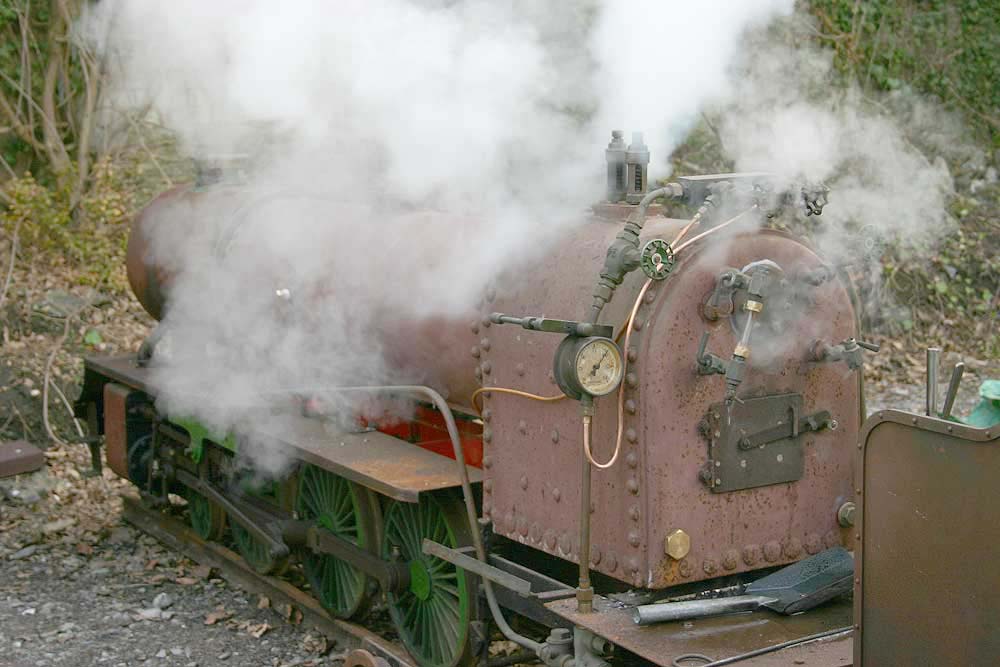 To remove any temptation to see if the wheels would go round, I left the regulator blanking plate on for the steam test. The mechanical lubricator is missing and the cylinders probably haven't seen oil in fifty years - I'll get one fitted and get some oil down the steam pipes before the next steamup. Next job is to put the cladding and cab back on so it looks like an engine again.