We had an afternoon's excitement recently. I was sitting at my bench in the workshop when I heard what sounded like the distant sound of a giant kicking in the side of a removal van - a series of loud, muffled thuds. Looking out of the workshop door, there was a column of black smoke about two hundred feet high rising quickly into the sky - as we watched, there were a couple of vivid flashes of flame, followed some seconds later by the sound of an explosion. 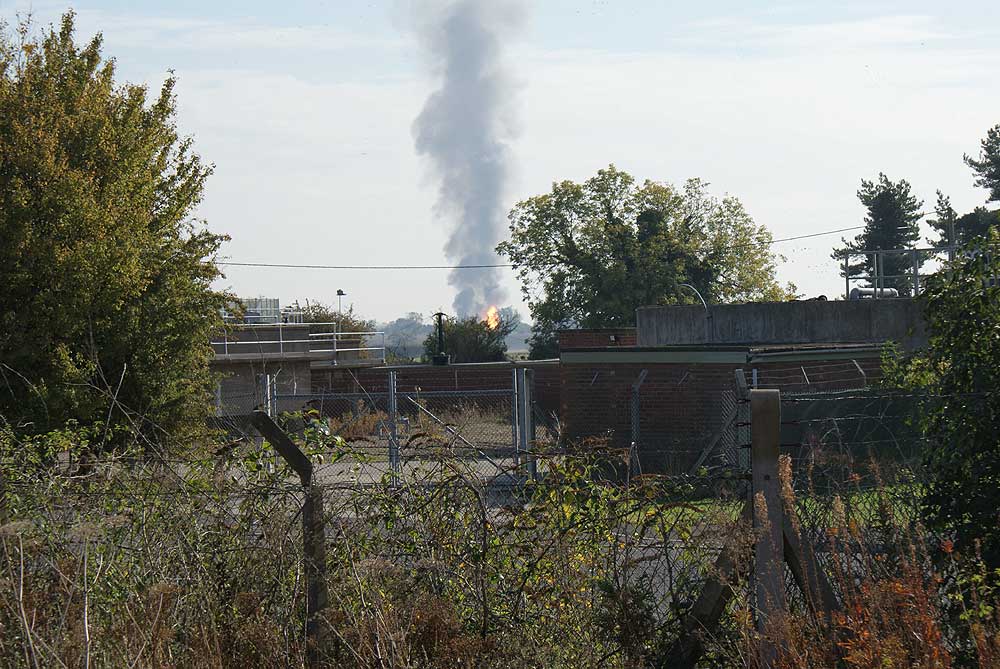 It was our local farm shop, a mile distant, where we buy dog food and gas for the fork truck. They had what started as a small electrical fire, rapidly ran through the shop before engulfing the propane cylinder pen at the back of the building. By the time the fire brigade arrived, thirty large bottle of propane had already gone off, many landing hundreds of yards away (and one actually landing about thirty feet from the local spray shop where we have "Stafford" painted).

Thankfully, although the shop was razed to the ground and all the nearby houses evacuated, nobody was hurt. We all stood on the top of our container next to the workshop to watch - although a mile away, you could feel the explosions, I certainly wouldn't have wanted to be any closer.