It's rare a week goes by without somebody asking how the garden railway's going. The days when I was ahead of friend Martin up in Dumfries are long gone, in the last couple of years he's got more line down than Network Rail, built an engine shed, fitted out a running workshop and is fast approaching crossing his river with a girder bridge. In contrast, my railway has languished for lack of time to get anything done on it over the last eighteen months.

Work started again in the Autumn, with the engine shed being extensively rebuilt. 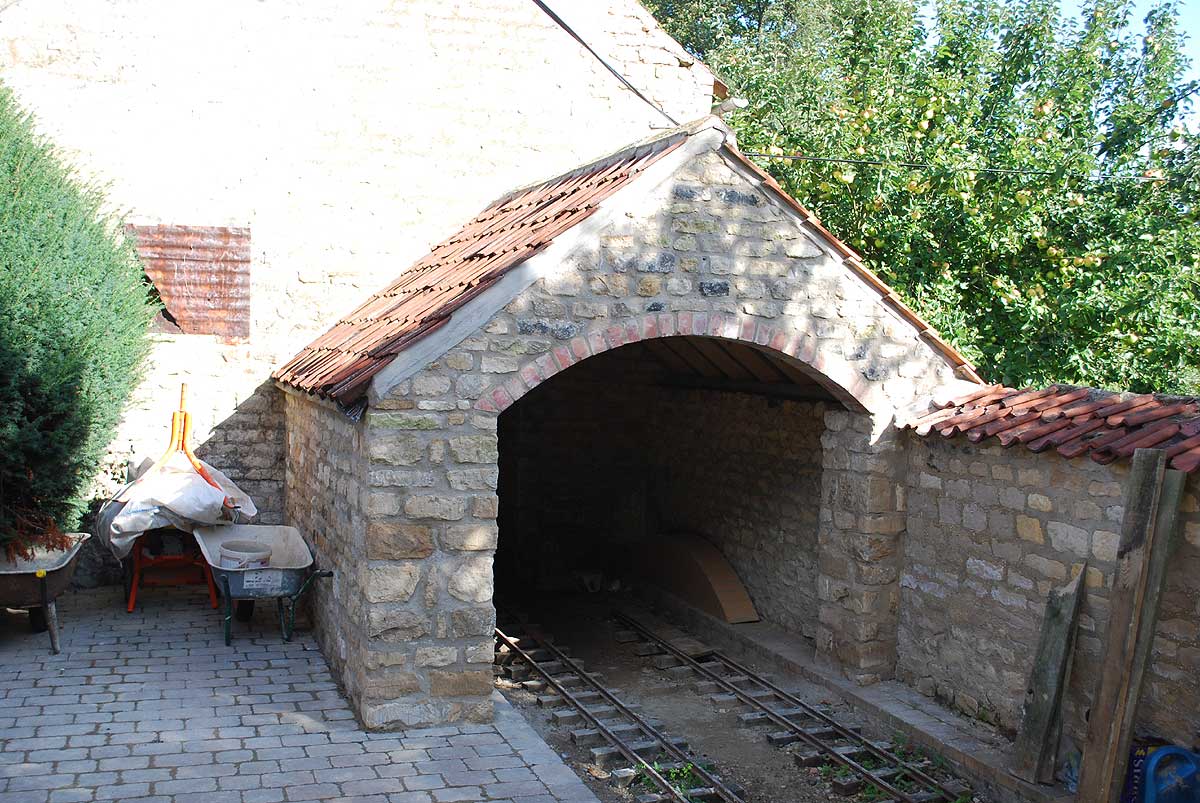 Regular readers may remember it was converted from an old pig sty which had been built onto the end of the stables in the nineteenth century. In hindsight, it wasn't in the best of condition to start with, so having widened the door to accommodate a pair of Tinkerbells rather than a single Gloucester Old Spot the next thing that happened was the roof started to push the side wall out, cracking the new brick arch in the process. It's been steadily getting worse for the last year or so, we finally bit the bullet and pulled the lot down to ground level. 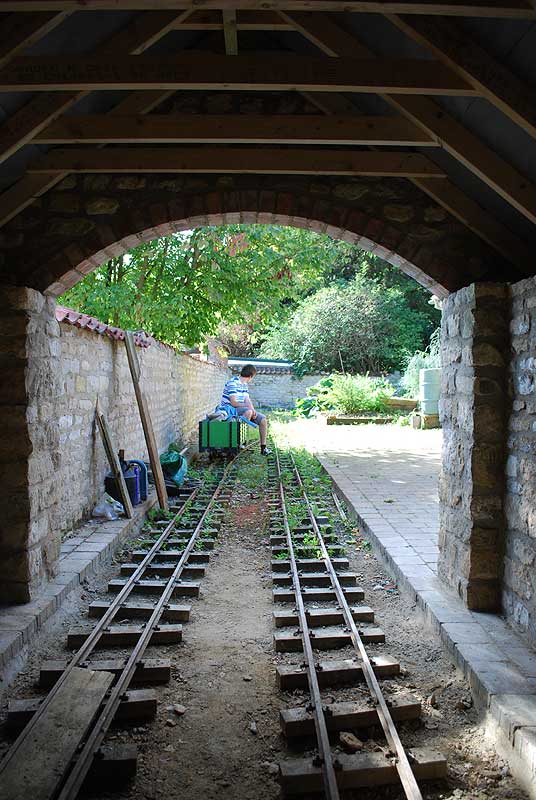 Dal our builder came round with Jason, his son, and did a fine job putting the thing back up again, with completely new roof timbers and roofing felt under the pantiles. The end result was well worth the effort, by raising the timbers, I can now walk through the shed without bending double. 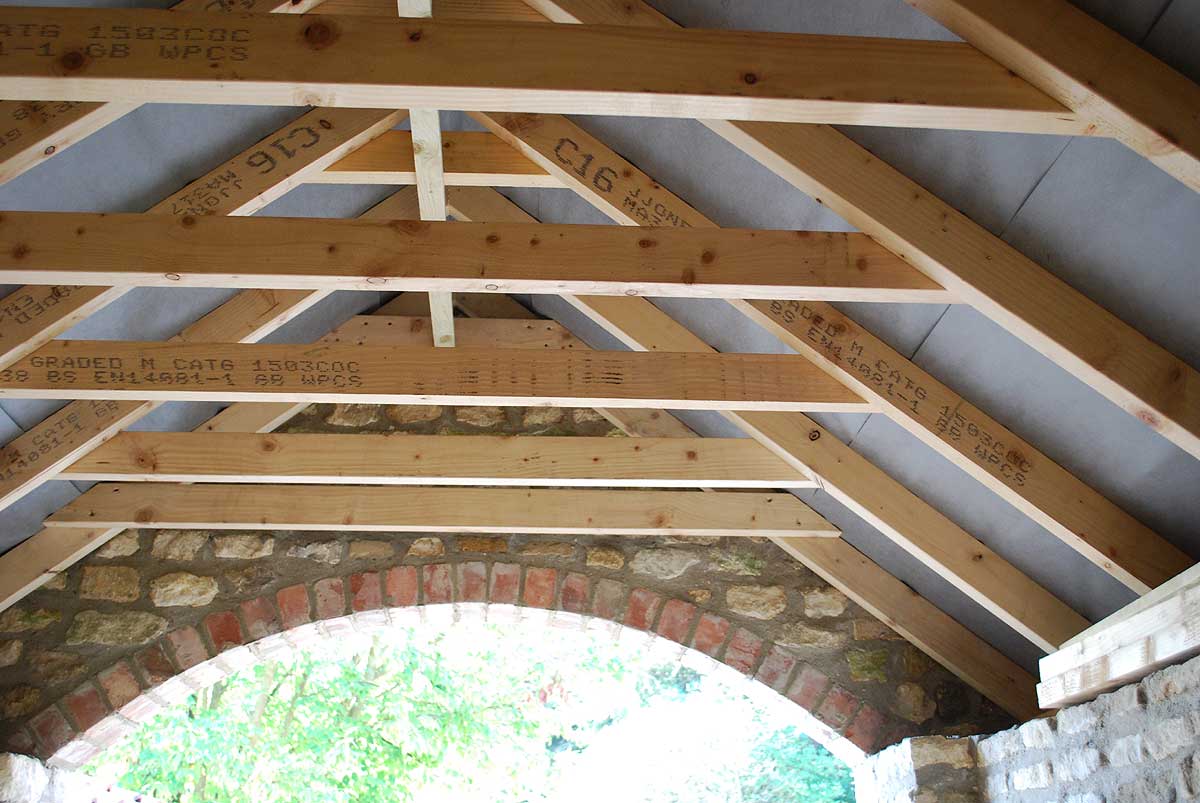 Next job is to take up the track - you may remember it was only thrown down temporarily (without ballast, before I'm reminded) to get material up to the tunnel when we built it. There's a dip in the middle of the long straight running up to the tunnel, which means running back towards the engine shed there's a distinct rollercoaster effect requiring delicate balancing of the regulator to avoid arriving in the station either at Mach 2 or not at all. I'll level this up and relay the station area, connecting up to the turntable which has been installed for a couple of years now but still waits for a rail connection. To be continued, as they say...