I was manning our club stand at the Midlands Model Engineering Exhibition at the end of last year - we were the stand just inside the door with a full size Locomobile steam car on show. 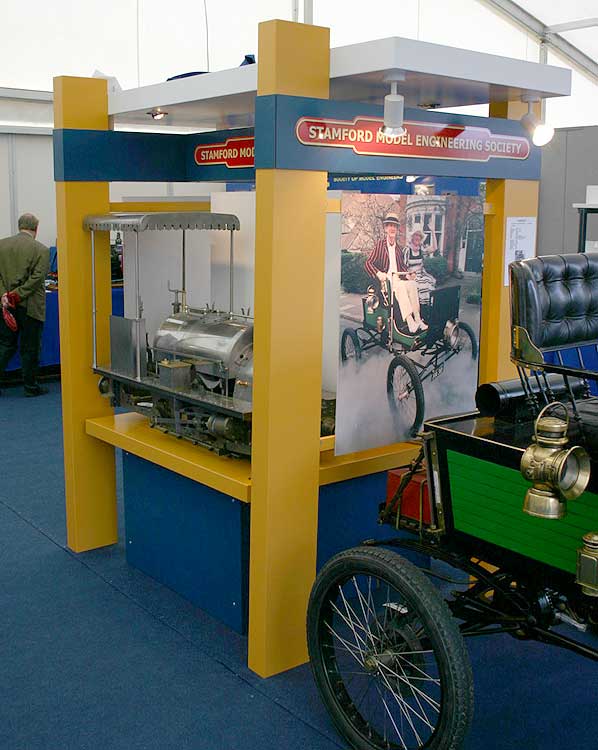 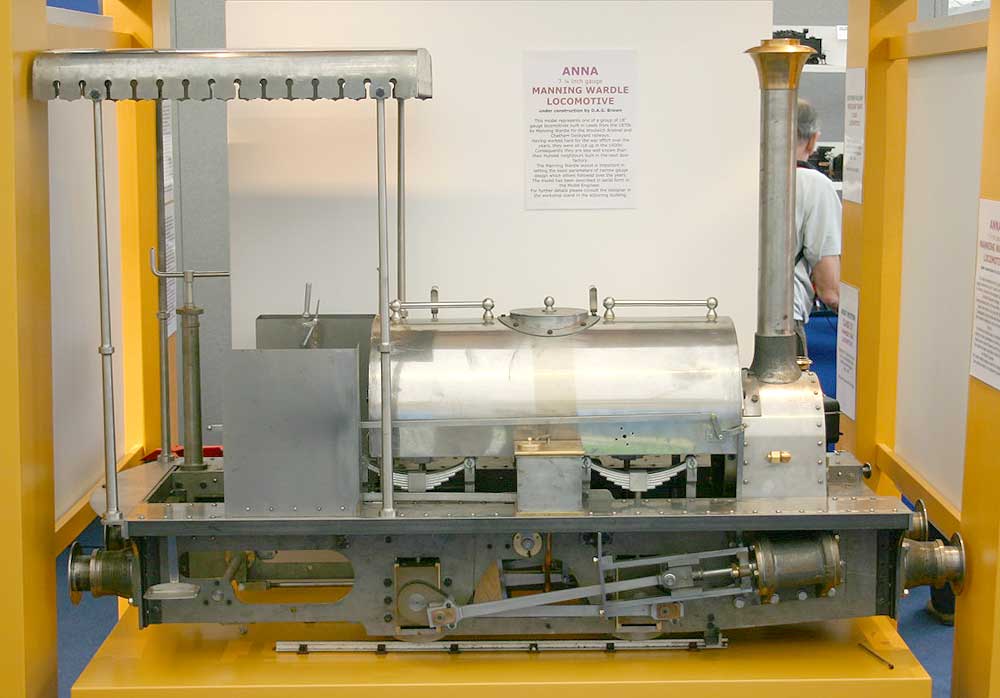 I was sharing duties on the stand with David, so while one of us stood about and tried to look useful, the other could have a look around - as usual there was much to see and not really enough time to get round everything. 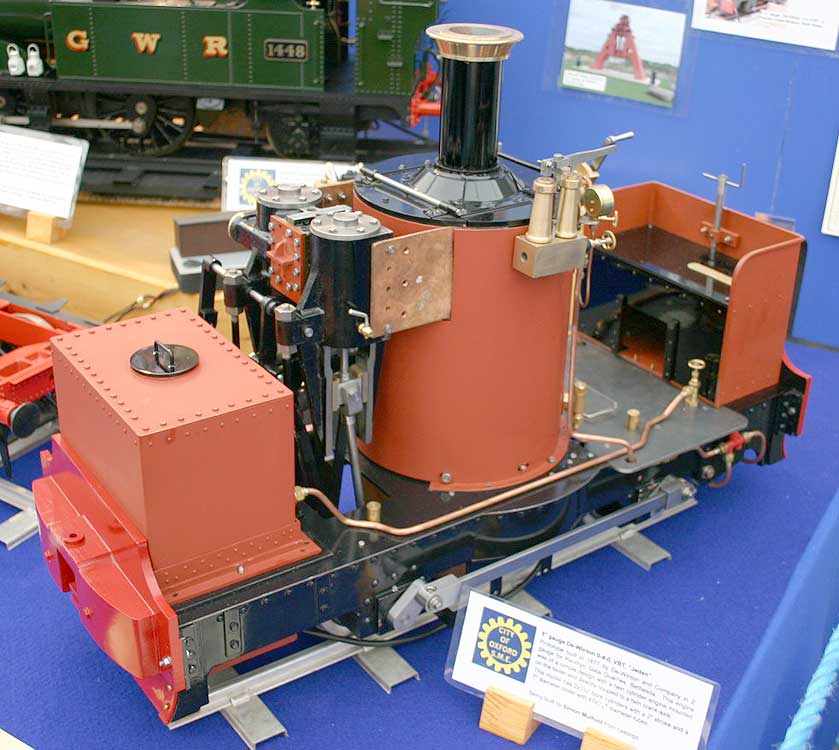 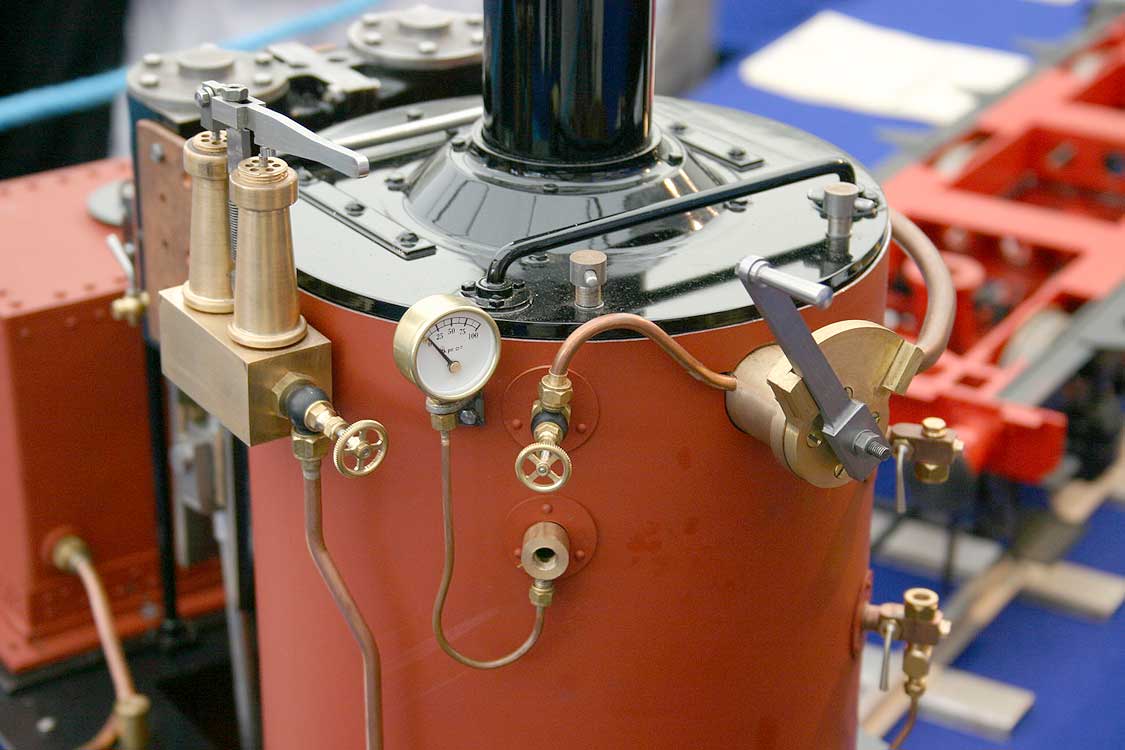 The little vertical boiler locomotive was on the stand next to ours - very nicely made by Simon Mulford, it will be a handsome thing once finished. 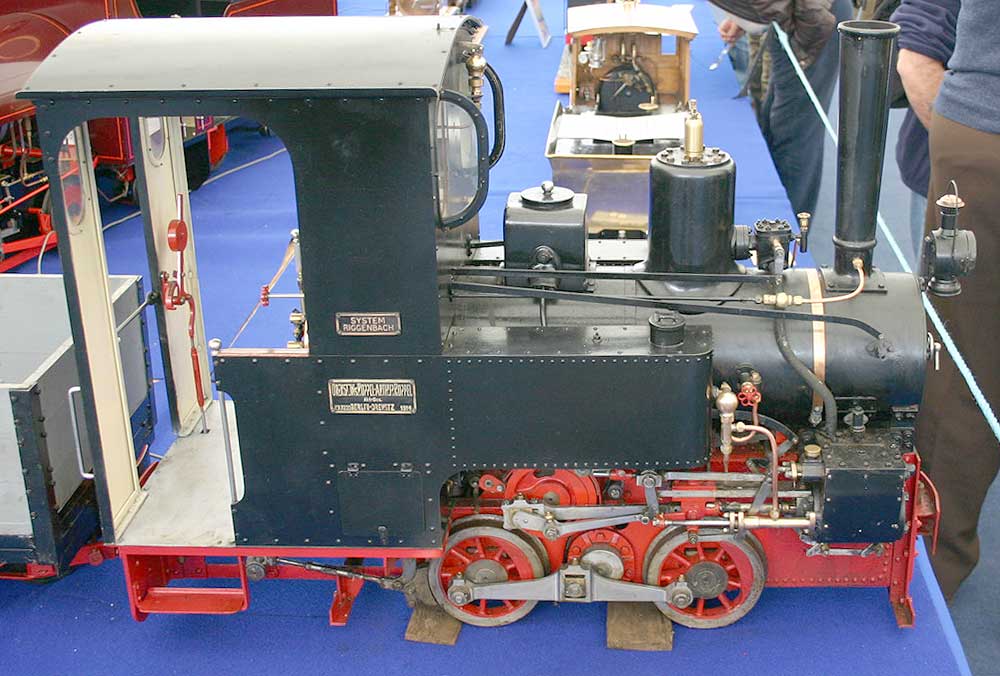 It was only after the doors shut that evening that we could get down to some serious talking with some of the other exhibitors, plus one or two familiar faces who had managed to get locked