Our new 7 1/4 inch gauge locomotive "Stafford" is now taking up increasing amounts of time and space in the workshop - we're overdue for a move into bigger premises to accommodate a larger machine shop and assembly area.

The first engine up and running has been in constant use as a development hack-come-demonstrator - it's been run around the club track for more laps than my bottom cares to remember while we fiddle and tweak, change things, run it again, change them again... Suffice to say that Geoff and I were quietly pleased with the performance first time it ran earlier in the year, it's a quiet, powerful engine that does the job it was designed for with performance to spare - there's a clip of "No.1" running around at the club track here. 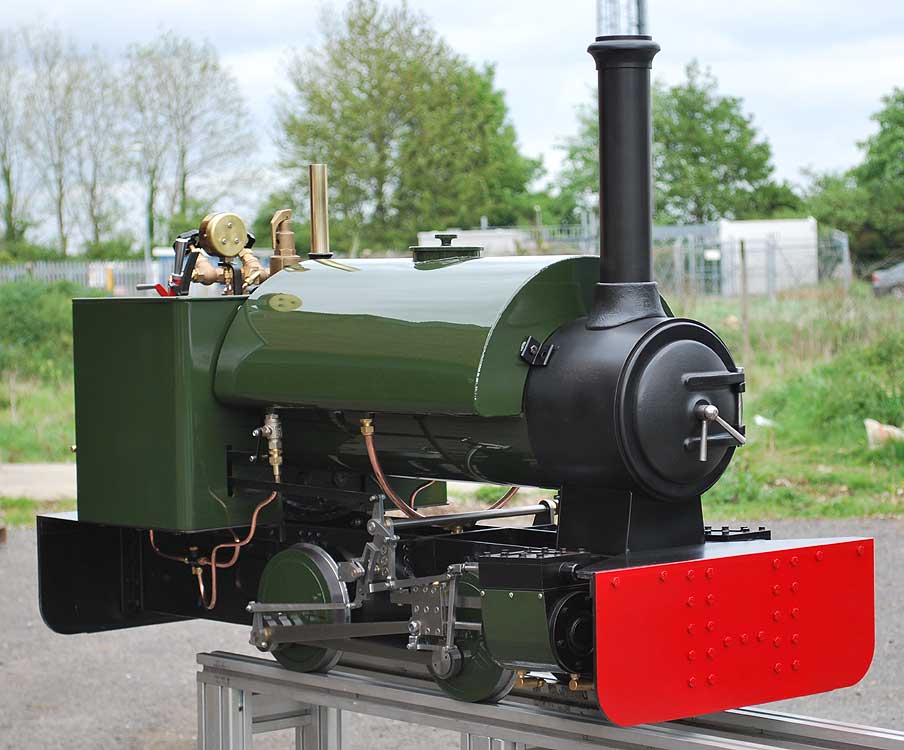 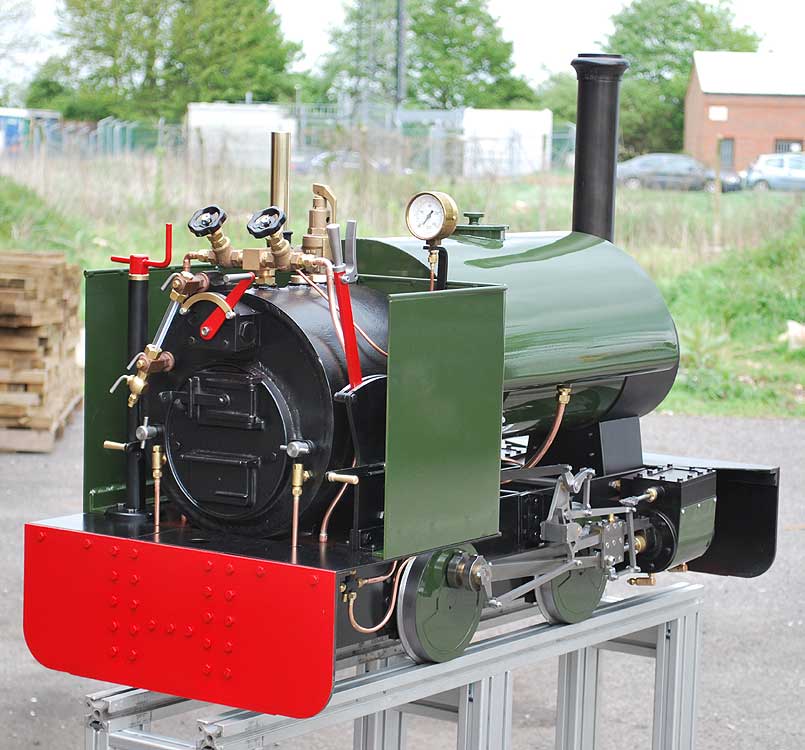 This is the first Stafford we ever built, it's now run over 2000 miles both in development and on loan to a variety of clubs and individuals since it was completed. For reasons far to abstruse to go into, it's universally known as "Len" in the workshop, at one time we were going to have that name signwritten on the tank before Mrs P forbade it. 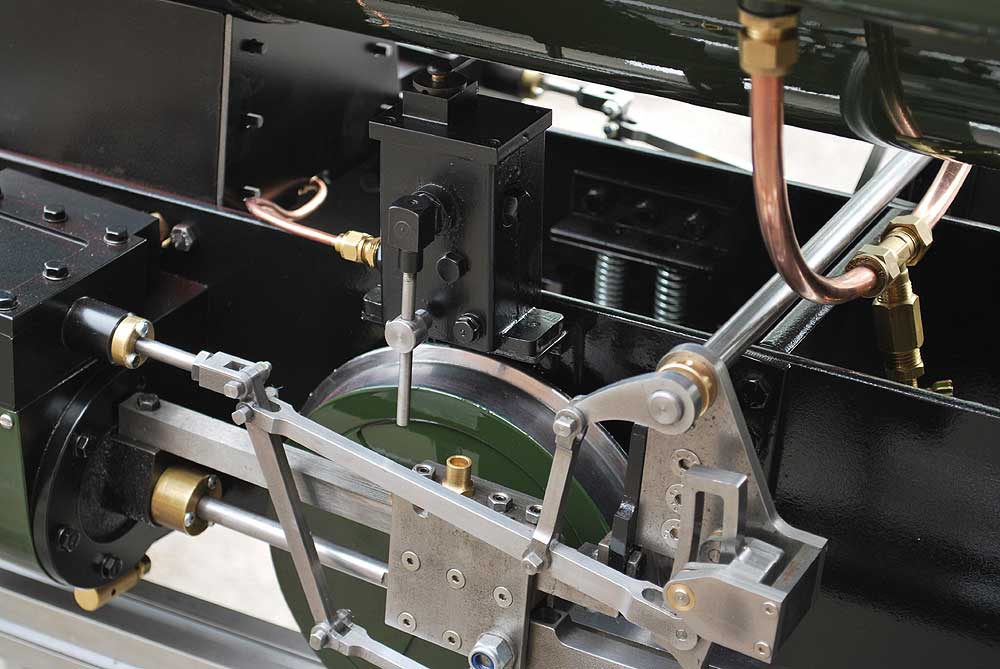 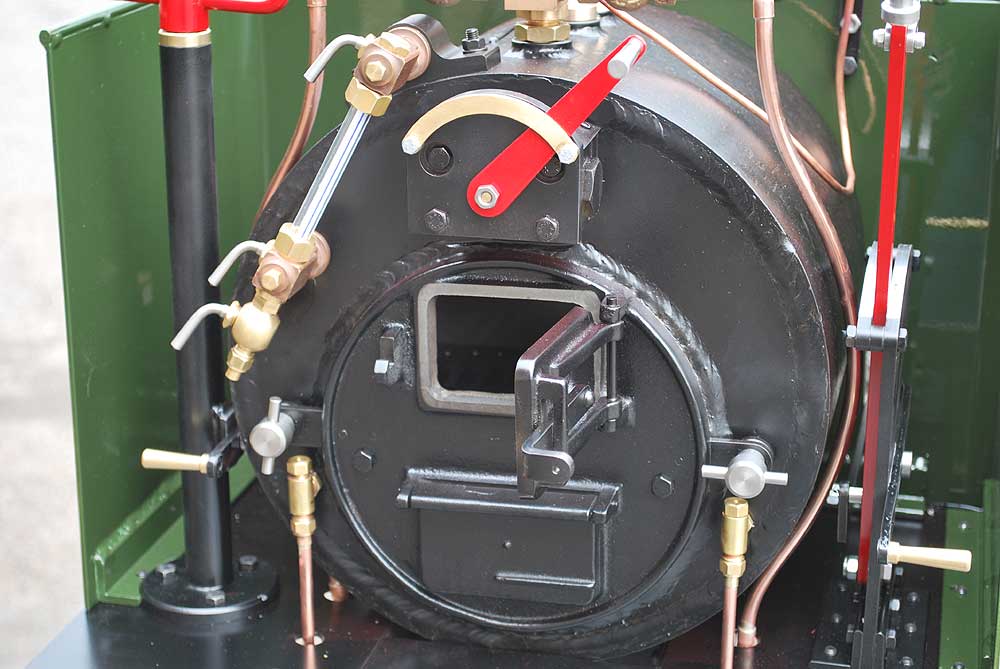 The first batch of four engines will be completed shortly, the first of a batch of twelve boilers for the next build start arriving in October - the workshop floor is currently knee-deep in steel for valve gear and motion work. 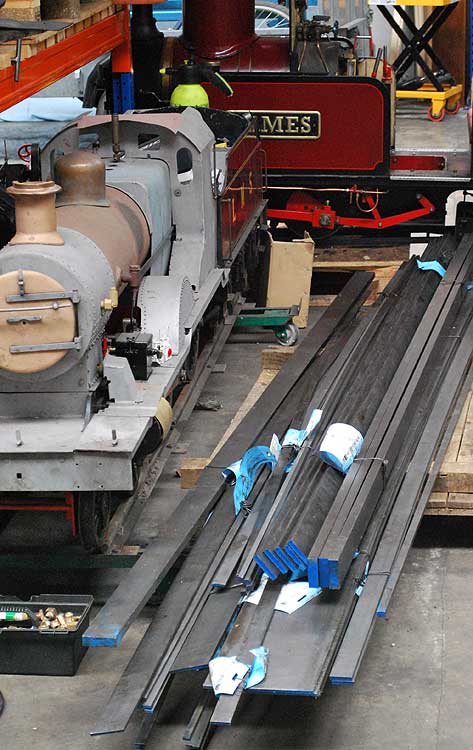