Topics: Exhibitions.
As I write this we've just got back from the Midlands Model Engineering Exhibition at the Fosse, Leamington Spa. This is a show that seems to go from strength to strength - it's a marathon at five days for us exhibitors (we set up first thing Thursday, then do five days on the stand before pulling the whole thing down Tuesday night, aiming to get back for something to eat and bed by about 9.30) but really brings in some interesting models, with a full program of lectures and demonstrations throughout the show. 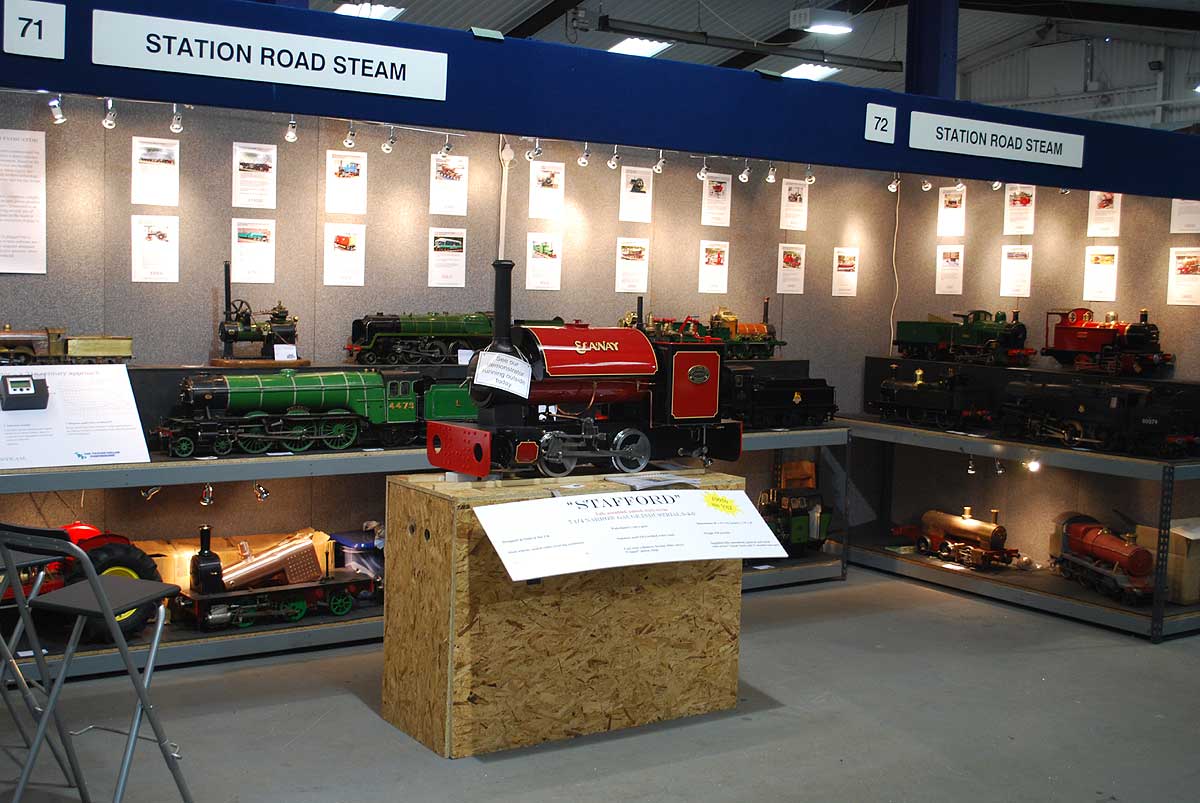 This year we hatched a plan to take a portable track on which we could run our demonstrator Stafford up and down for the duration, which worked very well - the idea was that anybody who wanted a go could have a drive up and down.

Steve, Claire and Sam were on hand throughout the show to look after the engine and give guidance, we got some very positive feedback (and another order, which was rather nice). 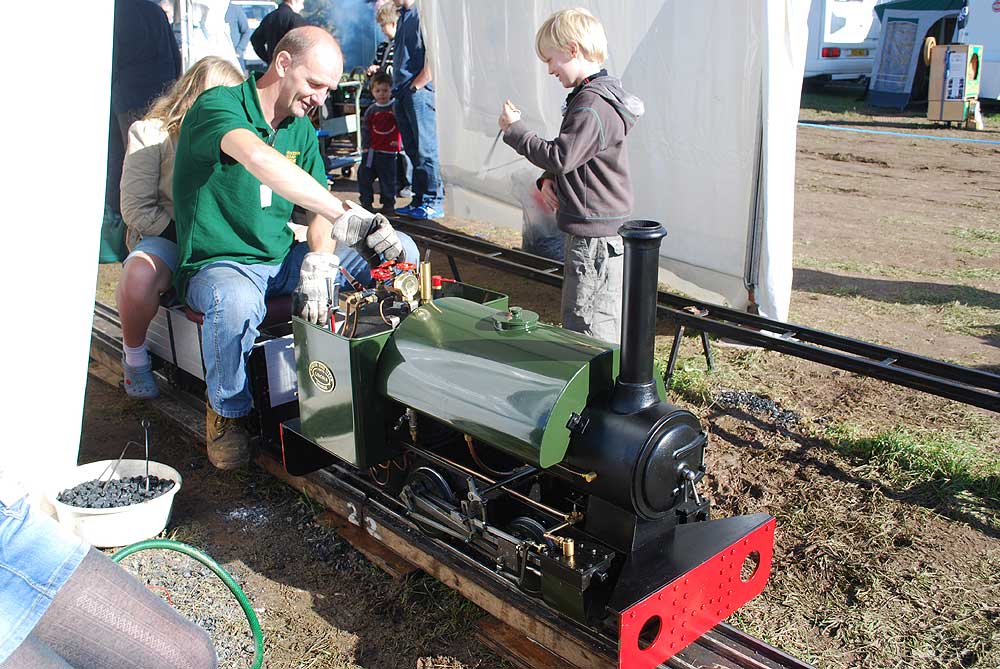 David and I manned the stand indoors, talking ourselves hoarse over five days. On the last afternoon it poured with rain, which made packing the railway up and getting it off the field in the dark that night quite exciting (the Transit got bogged down but Meridienne's ever-efficient organization had a Landrover on hand to pull it out, we still got away by 7 that night).
It's a clear Autumn Sunday morning here in Metheringham, B.B.King playing gently in the background while the boys sleep upstairs (teenagers having the capacity for about twenty hours sleep each day). Mrs P has just headed out for bell ringing at Nocton, time for me to get on with some work of my own in the workshop.