We like the London Model Engineering Exhibition at Alexandra Palace. It's a great venue, plenty of room and the last few years has seen this show very busy, with an excellent atmosphere.

This year it was difficult to know what to take and what to leave behind, there was so much we wanted to show. One of the new Staffords went down, pretty much complete although unpainted, coupled to one of the new driving trucks we now supply. 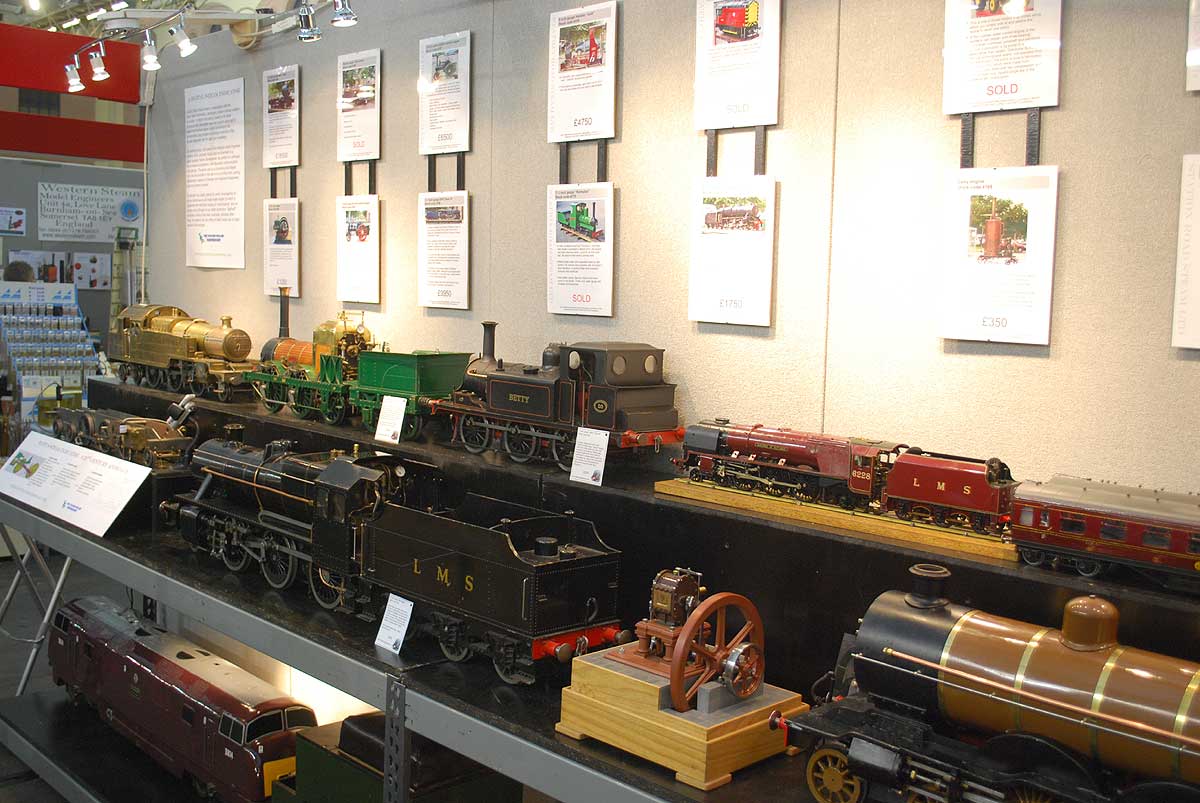 The digital indicator we showed at the Midlands Show was there, the software now rewritten as a mobile phone application, we mounted the whole thing on a motorised 3 1/2 inch gauge chassis which ran throughout the show - I will dilate at greater length on this project in the months to come, suffice to say it created a great deal of interest at the show, with Paul demonstrating it from dawn to dusk every day fuelled only by tea. 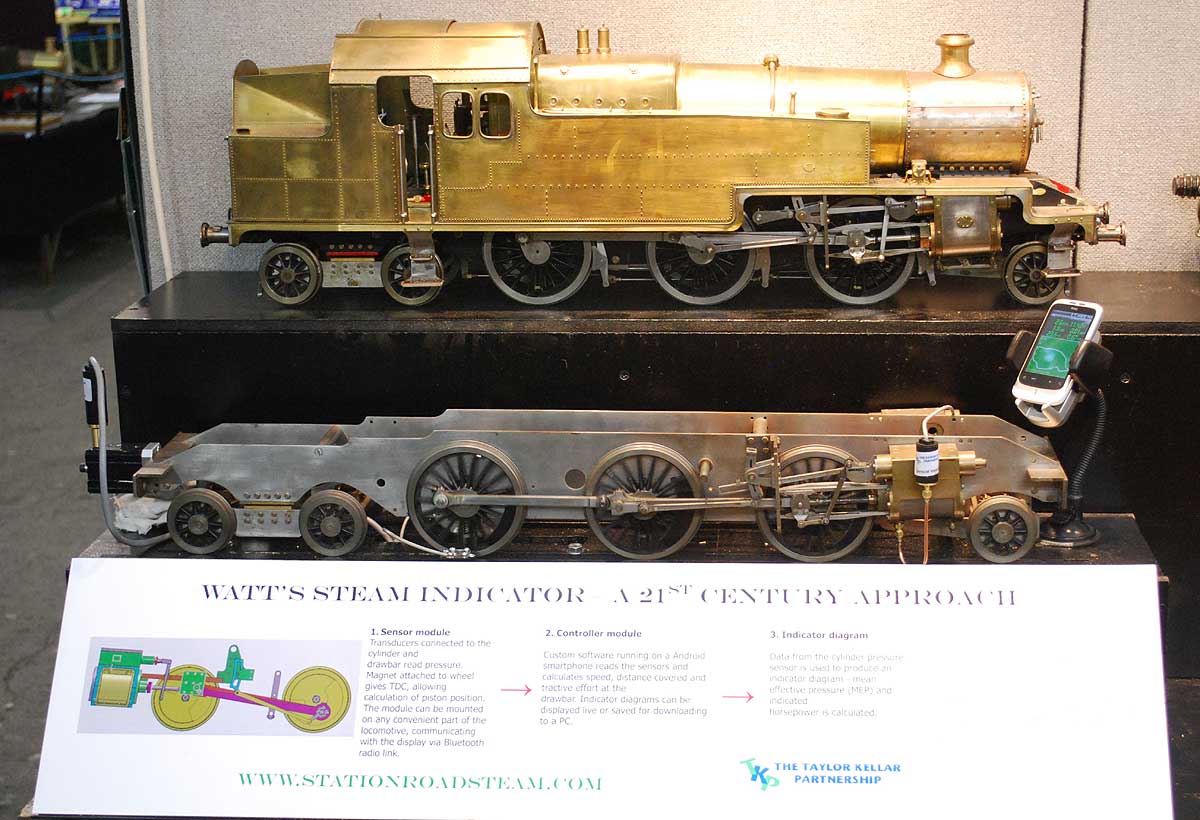 Claire had produced a video show reel to show what we get up to when not at shows (everything from machining up connecting rods to craning large locomotives into the workshop for overhaul, as well as all the usual comings and goings on the secondhand side of the business) as well as making up a spectacular-looking display board featuring a couple of dozen machined components to show what the workshop can produce. 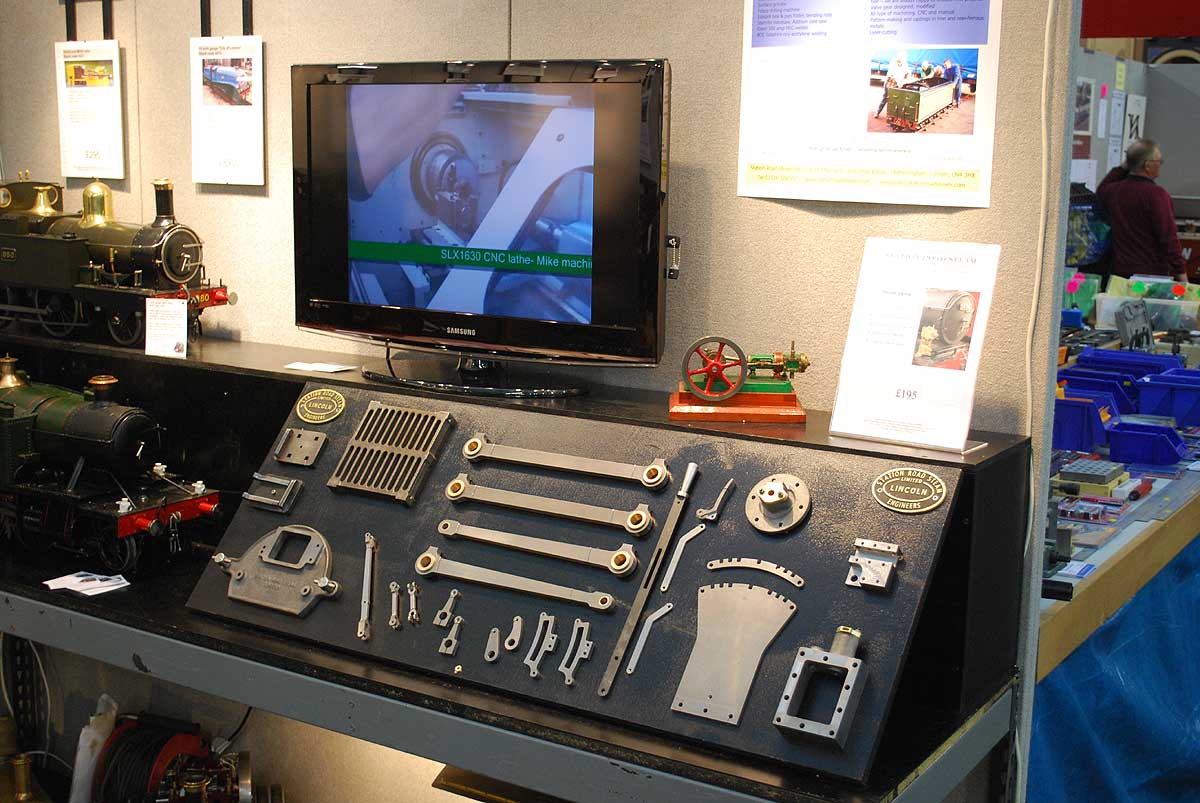 All this, as well as the usual twenty or so traction engines and locomotives (with the odd stationary engine thrown in for good measure).

As usual, with the excellent organization at this show, we were all packed up and rolling out by just after 7pm on the Sunday night - the show closed to the public at 4pm, three hours later the Great Hall was absolutely empty. Steve, Sam and I got the vans back at 10.20pm, quick cup of tea and then fell into bed. Monday morning up and empty the vans - by some pretty mad planning on my part we had the boiler inspector in on Tuesday, testing eight engines!