It's getting worse. I always seem to start with an apology for the late appearance of a vaguely up-to-date news page, this time I've been shamed into action by somebody emailing me concerned for my well-being, worried that I may have fallen into a lathe and have been rotating aimlessly for the last three months and nobody's bothered to find out why there have been no updates. Rather touched by his concern and not a little shamed, I thought I'd better write some stuff.

Main reason for lack of news, or almost anything the last couple of months, was our preparations for Harrogate Show. By now its come and gone, I'm sure I saw many of you there - the days seemed to flash by, I'm reliably informed by my stand manager, the ever reliable Mrs P, that I talked non-stop from opening until about three every afternoon (whether the visitors liked it or not, I hear you say).

It was the first show we've done, in a burst of enthusiasm I'd decided to fill every inch of floorspace we'd got with as many engines as could be transported - in the end we managed twenty-five, ranging from a gauge 1 Roundhouse "Lady Anne" to a 4 1/2 inch scale Burrell traction engine.

This was one of those "good ideas at the time" - in actual fact, by the time that many engines had been wrapped, crated and loaded, our convoy going up the A1 looked like the fair coming to town (not to mention it taking eight hours on the Thursday to unpack and set them all out). 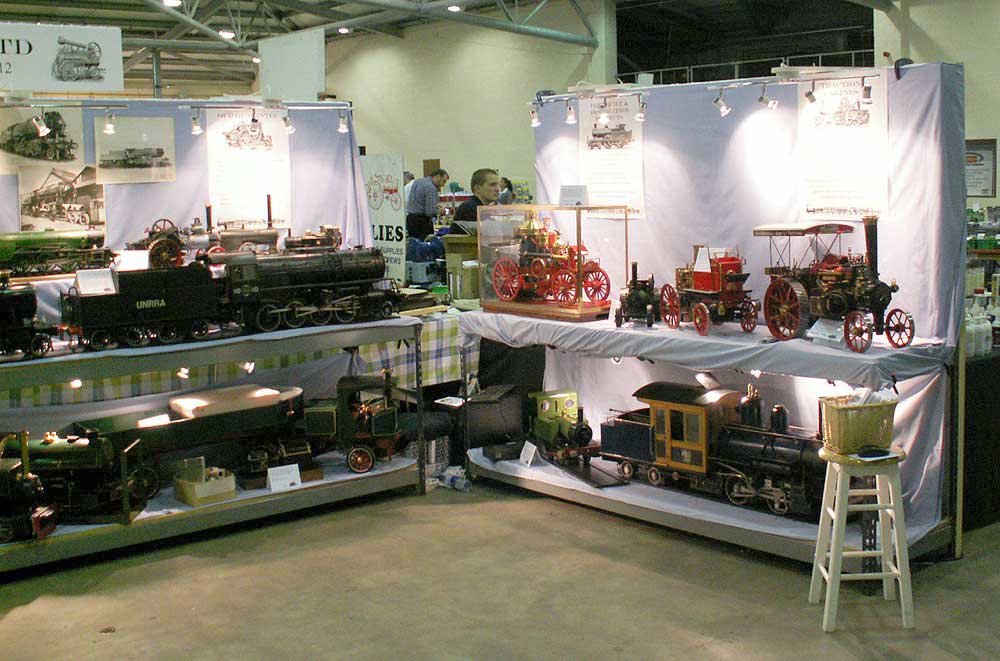 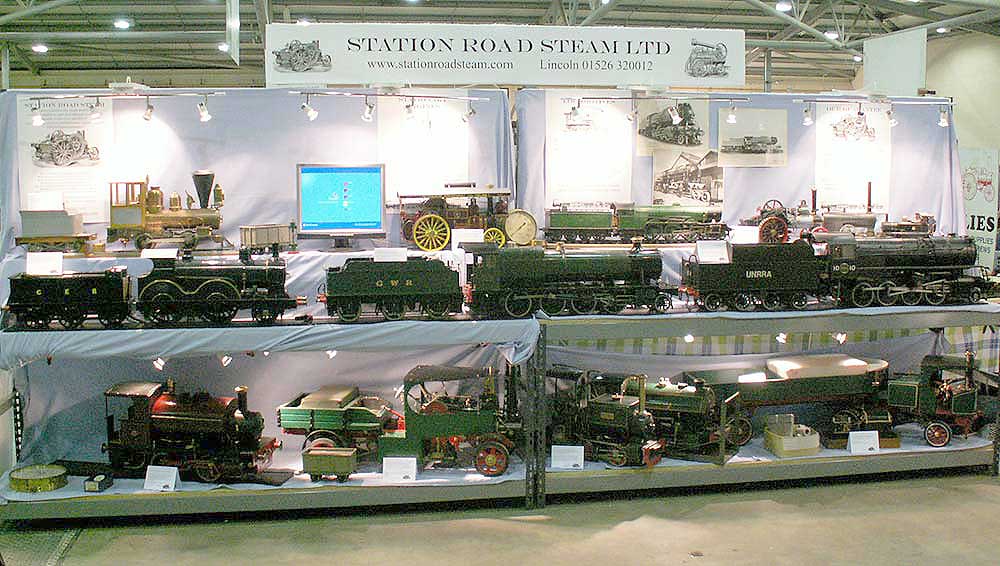 The first time we'd been to a show, the stand took about eight hours to get set up (which was about six hours longer than I expected) but only two to knock down and pack (in the pouring rain).
(My thanks to Fay and Adrian Grimmett for the pictures above, they kindly lent their camera and emailed me the resulting pictures first thing Monday morning when I managed to leave my camera battery in the office)

I think the end result was worth all the work -  I rarely see the engines displayed all together, they're normally in crates all around the workshop.

As with all such undertakings, it was very much a team effort - both in the setup and during the show. I am indebted to: