I delivered a Southern I3 tank engine before Christmas, it went down to a chap in the deep South (that is, somewhere South of Newark) to run on his garden railway. As regular readers will know, I have a pet theory about inside cylinder engines being particularly smooth running - as a result they always seem fast, I think it's simply that you can run them that much quicker without it feeling as if bits are about to start flying off.

The I3 was due a boiler test before it went, so was duly put into steam on the rolling road for the boiler inspector. We had a lot of engines to test over a couple of days, so David had come up to help - it was the first time he'd seen this engine run. Given everything I'd said about its smooth-running characteristics, he thought he'd put it to the test - the engine running at speed is pictured below. 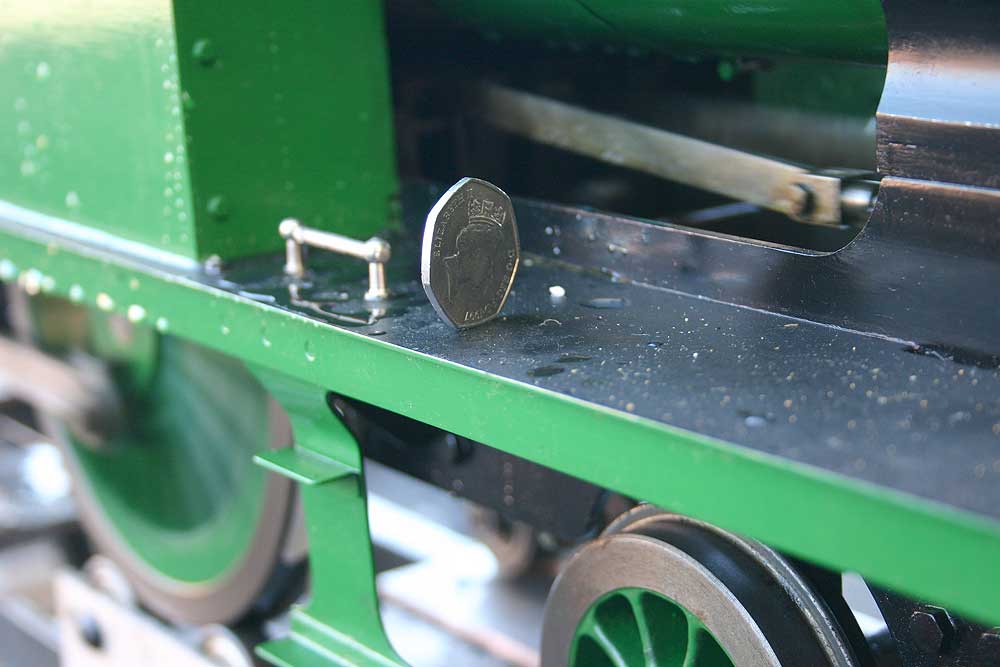