Sold March 2011 Back to Archive 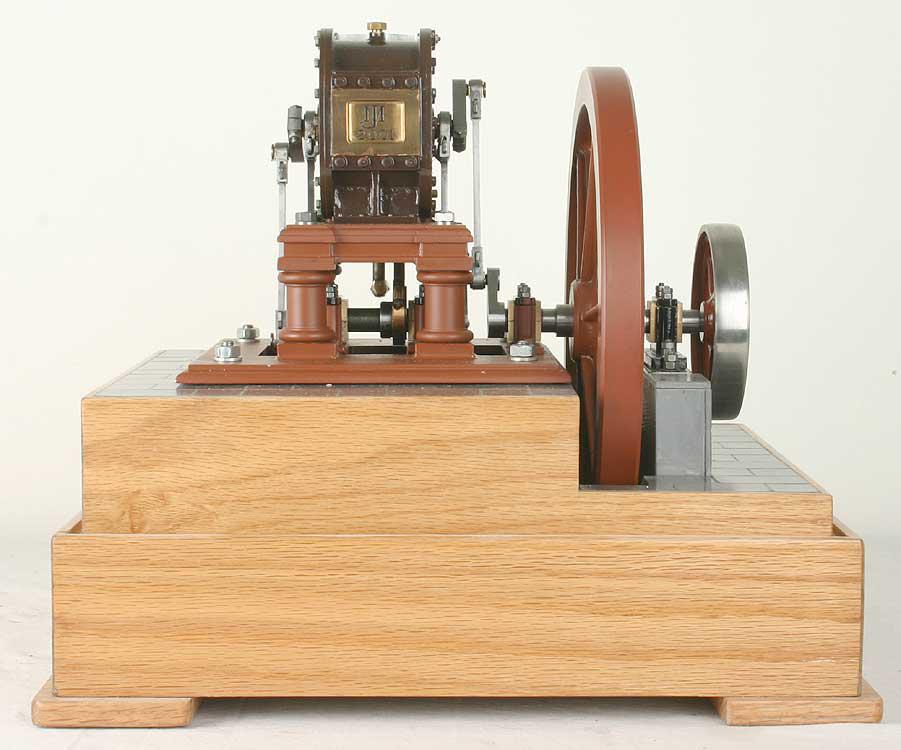 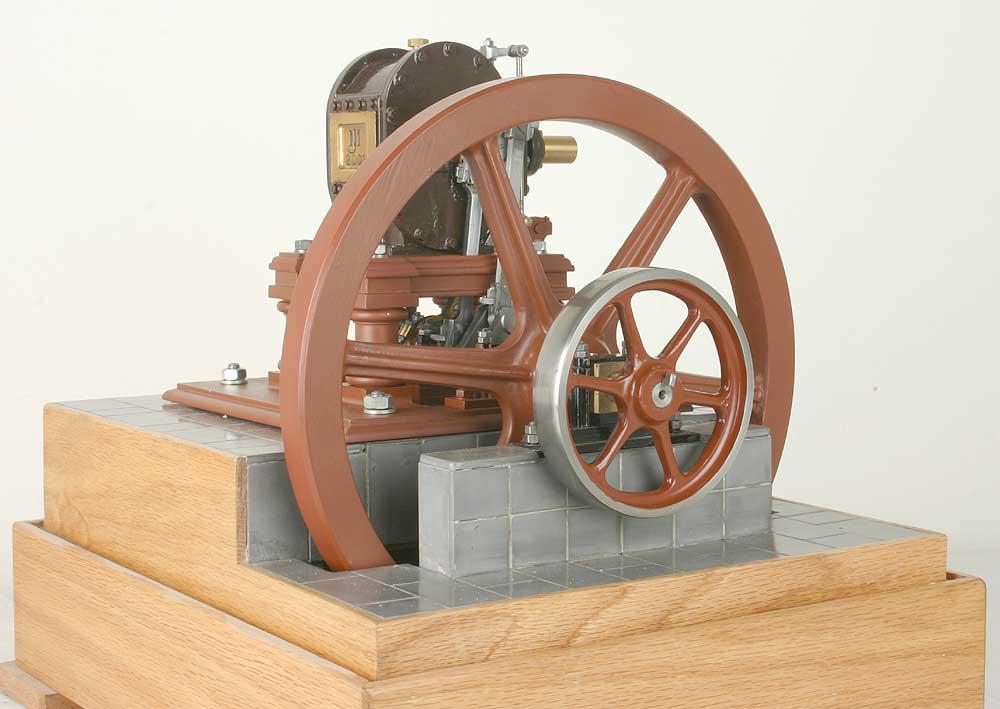 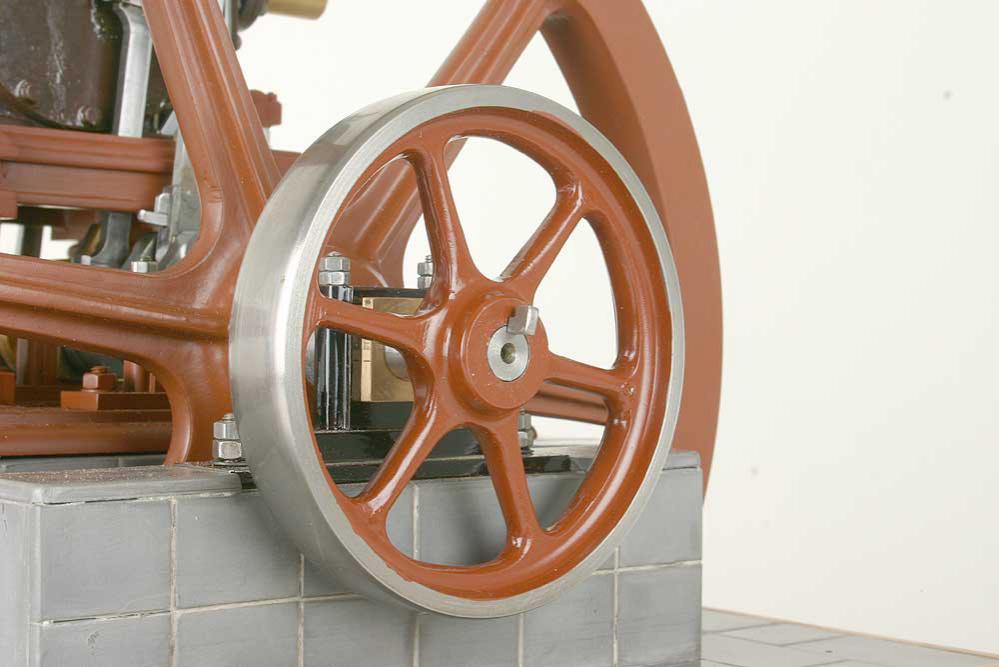 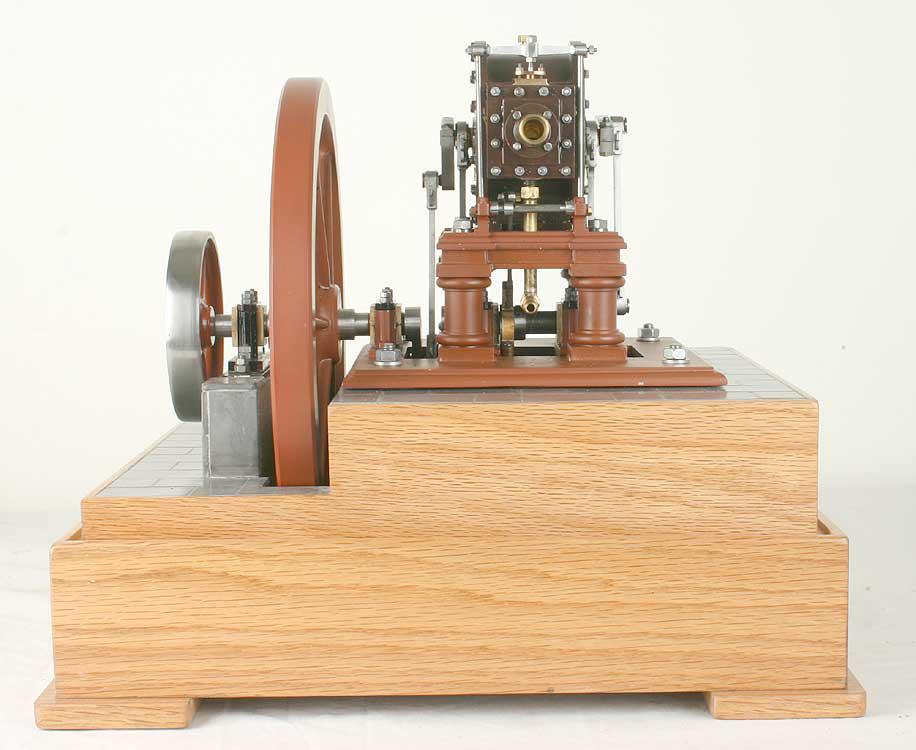 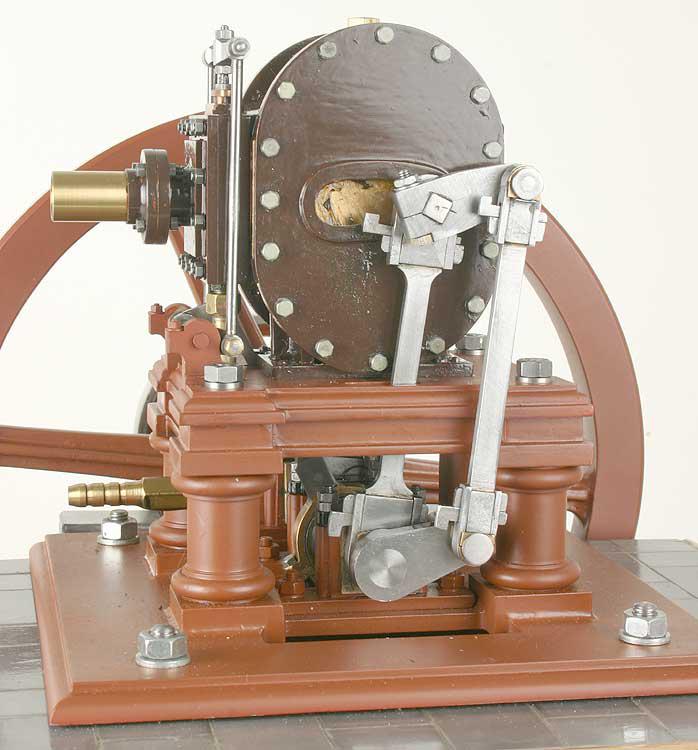 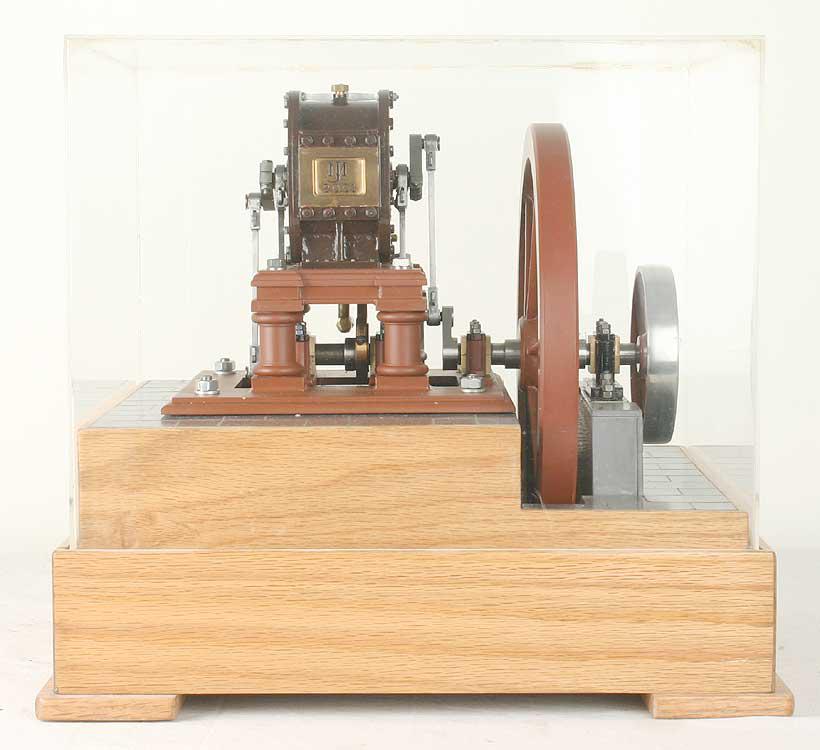 October 2010 - I've now had it in twice before, it seems to come in regularly as a part exchange. If you buy it and think you might be sending it back in a year or two, why not save yourself the hassle of waiting in for the postman and just leave it here, we promise to keep it clean and play with it once in a while. Next time it's here I promise I'll take some nice outdoor pictures rather than those below which appear to have been taken in a mortuary.

I've had this one before, August 2007 - pictures are from then, but the engine looks exactly the same now. I took the opportunity this time of running the engine on air - for such an unlikely looking thing, it goes surprisingly well.

One of the pottier contraptions I've had in by way of stationary engines, this is Simpson and Shiptons short stroke engine of 1851. It did, amazingly, exist as more than a patent specification or model - a full-sized one was shown at the Great Exhibition. It seems an utterly contrary way to build an engine, which normally means a builder was attempting to circumvent somebody else's patents - in this case it simply appears to be wilful eccentricity.

Built to the Anthony Mount design which was serialised in "Engineering in Miniature", this engine has been well made, the work of a prolific engineer who has produced many models including clocks, locomotives and traction engines in addition to a number of stationary engines, both freelance and prototypical. It has been exhibited on a number of occasions, for which purpose the builder produced a perspex demonstration model to show the inner workings.

The whole engine is mounted on a wooden base and has a fitted perspex cover.