SRS Blog > Retubing a Foster in a day

Topics: Workshop.
Friend Ant was on the phone a few days ago. His newly acquired Foster had a tube go the first time he steamed it - frustrating, as with 50 pounds on the clock he didn't even get a chance to have a drive.
He'd had a go at pulling the tubes out with a long piece of studding and spacers - an overrated game, requiring a good deal of effort for, in this case, very little by way of detectable movement of the tubes.
After a suitable time struggling (he's a capable and persistent engineer who doesn't give up without a fight), arrangements were made to come up to the works last week and retube it here.
Leaving Hampshire at 5.30 in the morning, he was up here and unloaded ready to get started at 8.30. Our hydraulic puller had all the tubes out by mid-morning 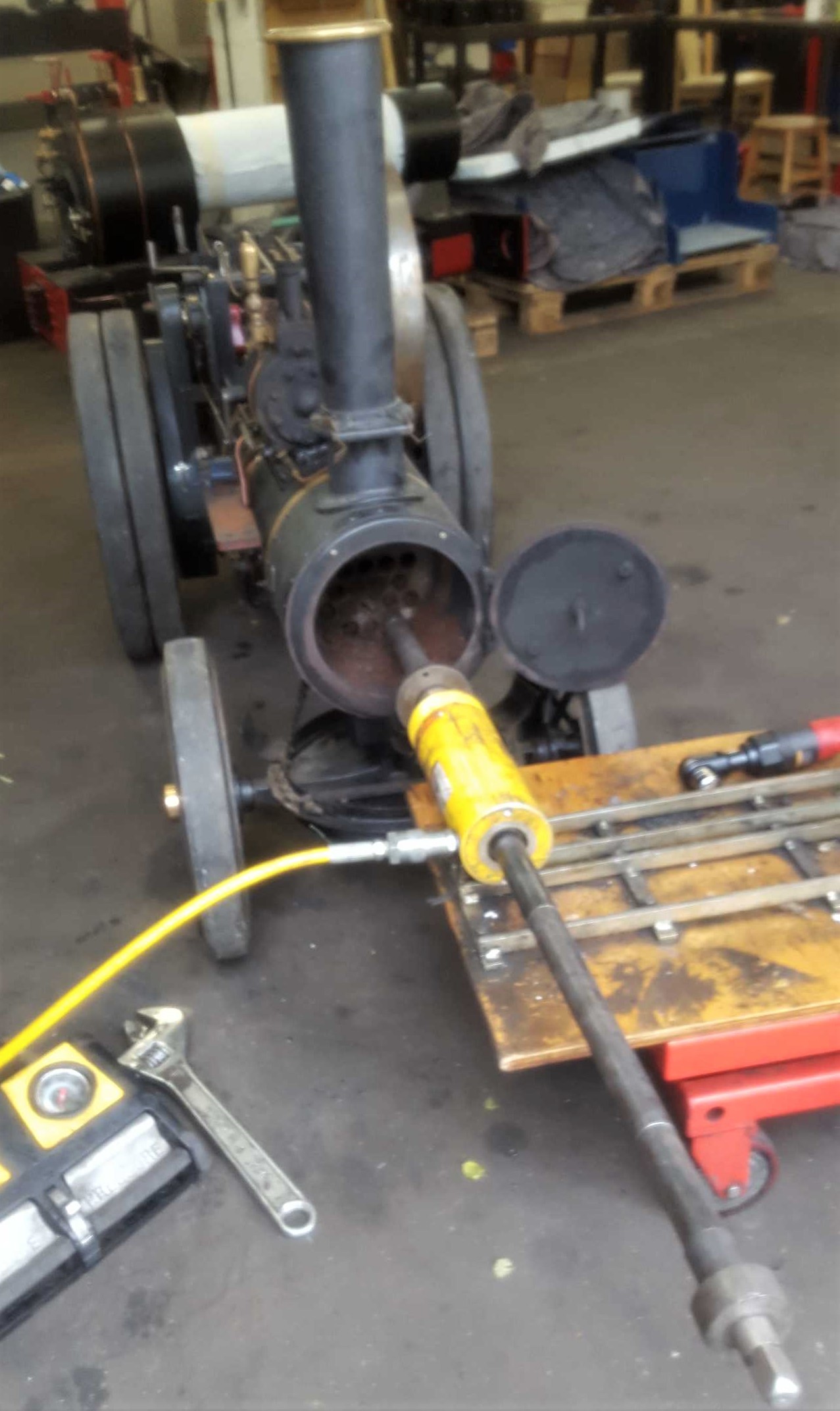 leaving a large amount of gunge in the boiler...

...and revealing a pretty motheaten set of tubes 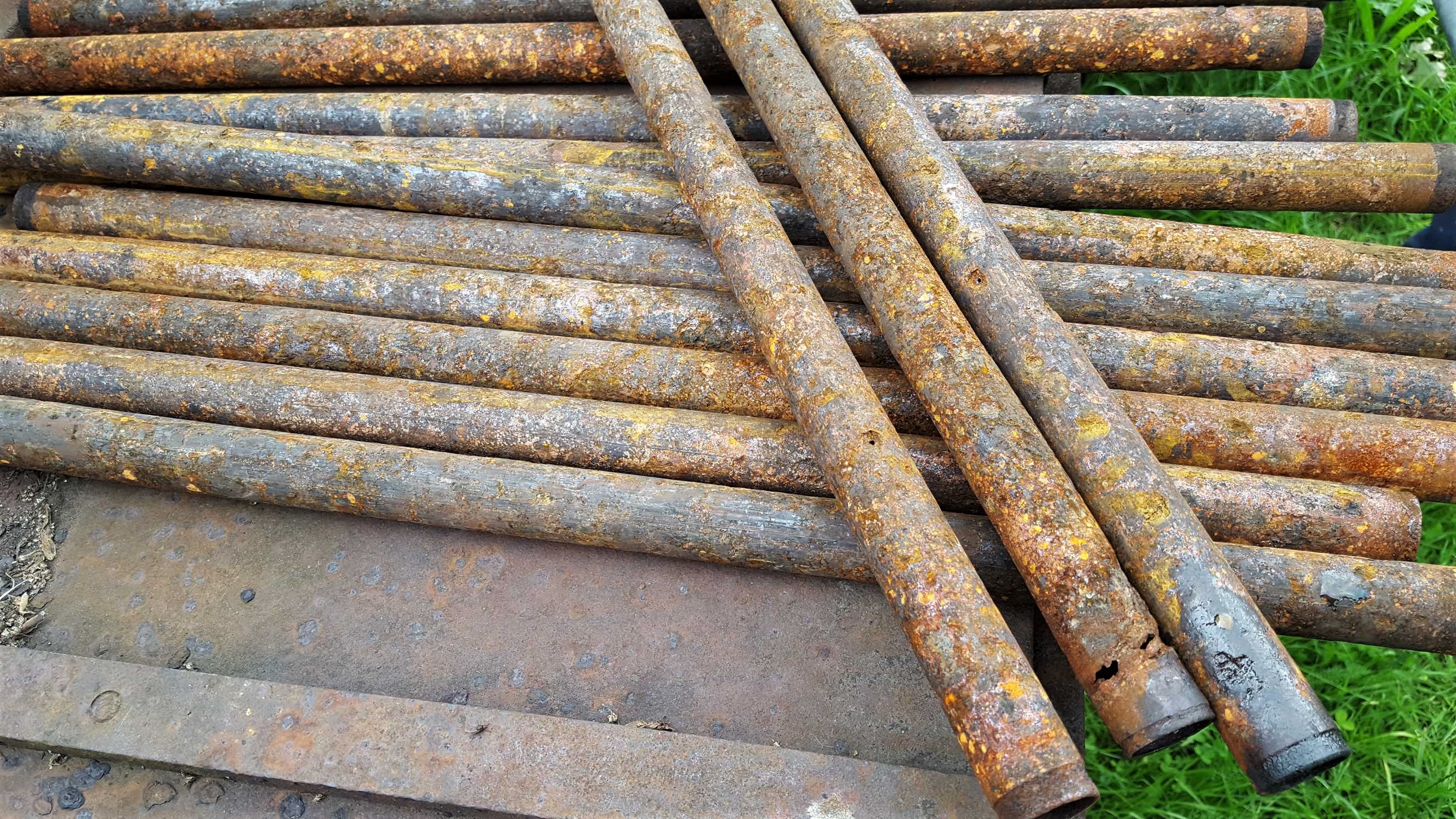 We had a couple of lengths of 1 inch tube on the shelf in our boiler shop - Dave cut 17 tubes while Ant finished washing out the boiler ready to fit them.
A long and busy afternoon saw the cladding removed to inspect the barrel and get some thickness readings, along the tubeplates and firebox. The new tubes were fitted and expanded in - we use a high-torque battery drill on the expander at the smokebox end and a right angle air ratchet in the firebox, usually working from both ends at once. Ant drew the short straw and got the firebox end.
With everything back together, a hydraulic test showed all tubes watertight. Ant got a fire in the engine at 6, by 7 we'd done the steam test - he (finally) got a drive of his new engine round our yard in the rain while I wrote up the paperwork in the office. Back on the trailer, they made it home for midnight. 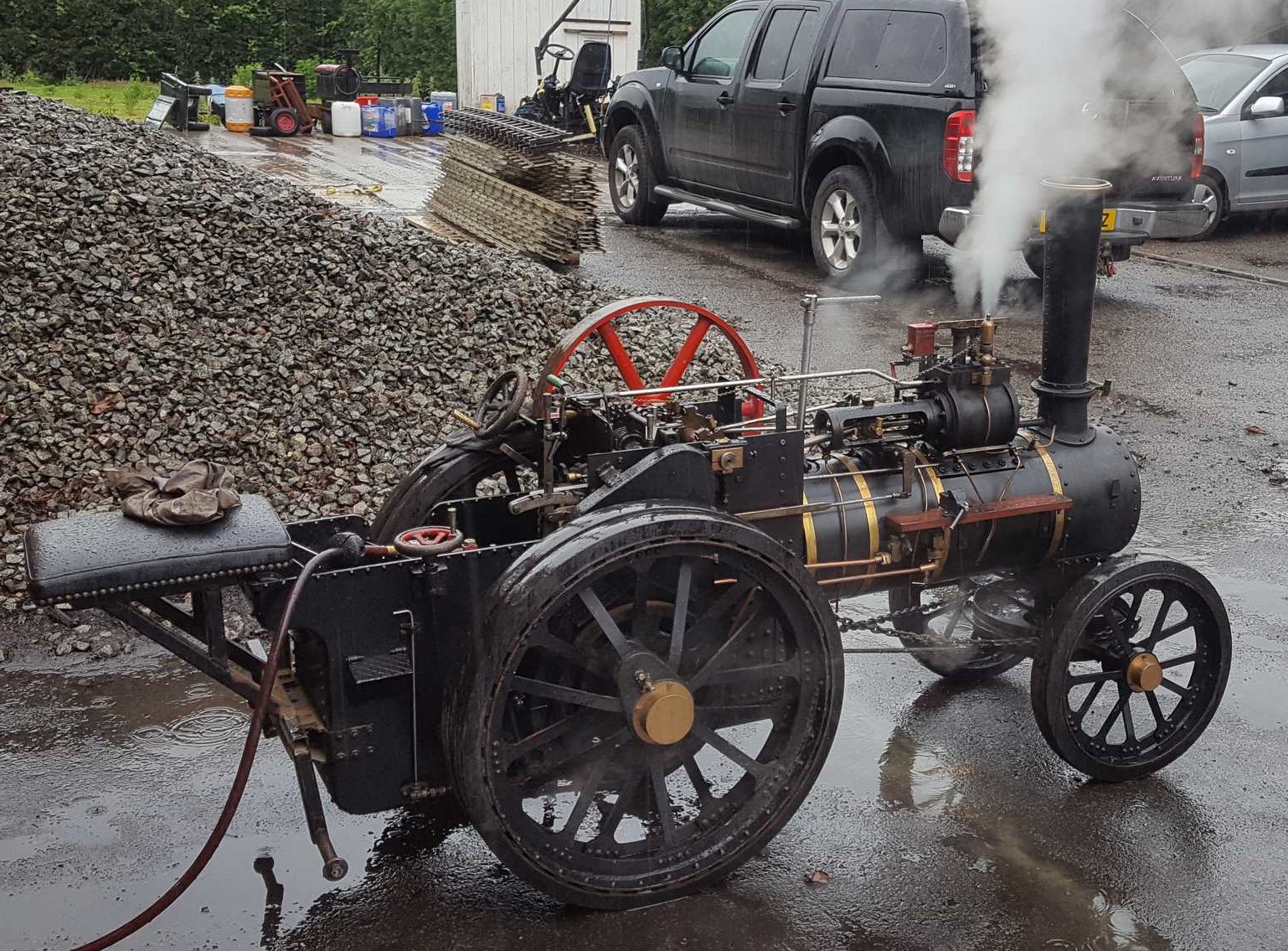 A good effort all round - gratifyingly the engine, a particularly nicely built example, ran beautifully.