I bought a traction engine recently, a particularly well made 2 inch scale model which the owner had bought from its builder. It had sat in his living room as an ornament for some time before he decided to part with it - on the day before I was due to collect it, he decided to steam it just to see how it went. 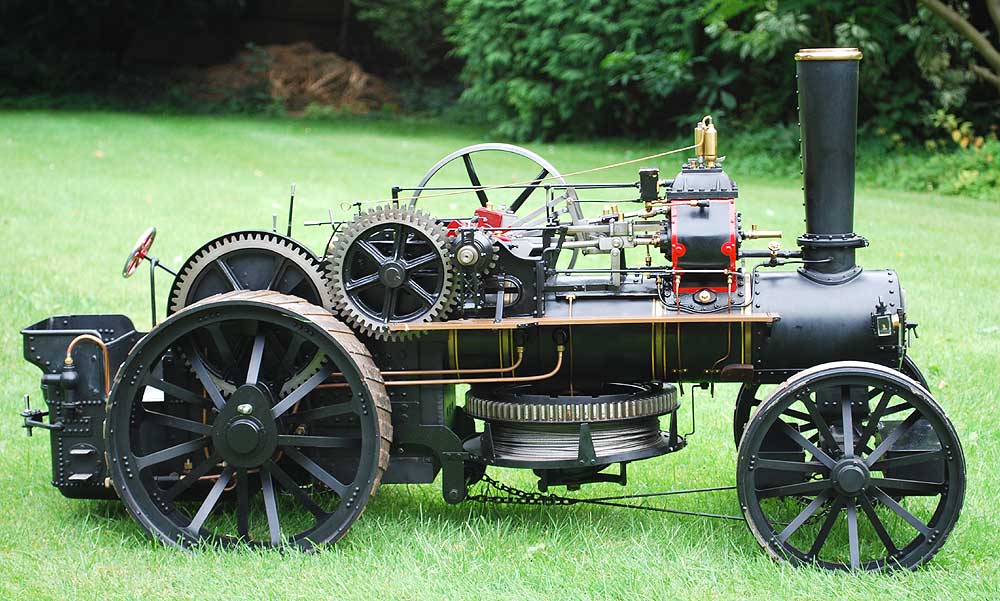 When I came to pick it up the next day I asked how he had got on. The reply was fairly vague, however thinking little more of it, I set off back to the workshop.

First job was a hydraulic test - since buying a 6 inch scale traction engine some years ago with a completely faked set of paperwork (including boiler certificate and NTET disc) I have tested everything that comes in regardless of the paperwork that comes with it. The boiler on this one was beautifully made in steel, the hydraulic test at 160psi was no problem at all, however it was slightly disconcerting that the safety valves, on an engine designed to run at 80psi, remained firmly shut. I  let the water out and then connected an airline to the boiler to run the motion - both to check it and also to purge the cylinder, which tends to fill up on hydraulic test, of water.

(Digressing for a moment, we recently had a part-built tank engine come in which had been hydraulic tested prior to sale on the death of its builder. Although having only stood for two months in a fellow-member's garage, the piston were seized fast in the bores - Geoff had a happy morning pulling it all apart and cleaning the gunge out of the cylinders).

Back to our traction engine, the air did its job in blowing the water out of the cylinders, but 80 pounds wouldn't induce the motion to run. Further investigation showed that the eccentric sheave grub screws were undone - possibly from new as the engine showed little sign of use. Resetting the eccentrics and locking them in place resulted in a very healthy bark from the exhaust. 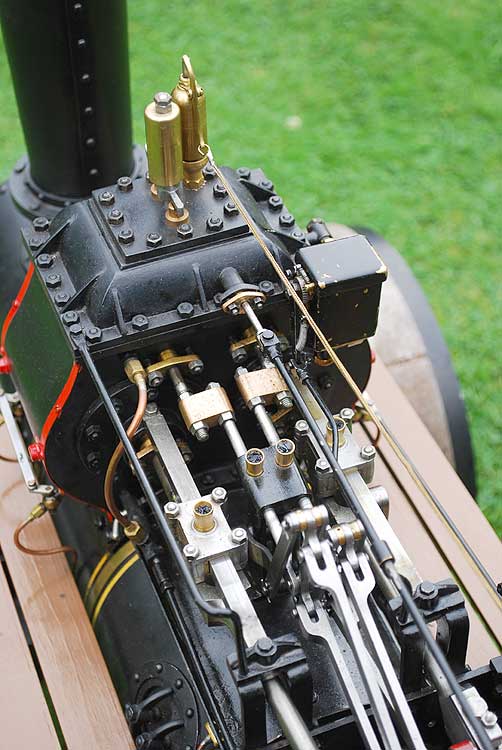 Investigation of the safety valves showed the bobbins machined as virtually an interference fit in the cylinder cover. Like most traction engines, these were Ramsbottom type (which are dreadful contraptions, virtually every traction engine that comes through the workshop has the bar across the top of the valves covered in dents where drivers have belted hell out of them with a shovel trying to make the valves seat).

The problem had a happy outcome - Geoff spotted that there was enough room underneath the plate to fit a modified version of the standard locomotive valve we make, by making it with a thread on the outside of the body allowing it to be fitted from beneath. 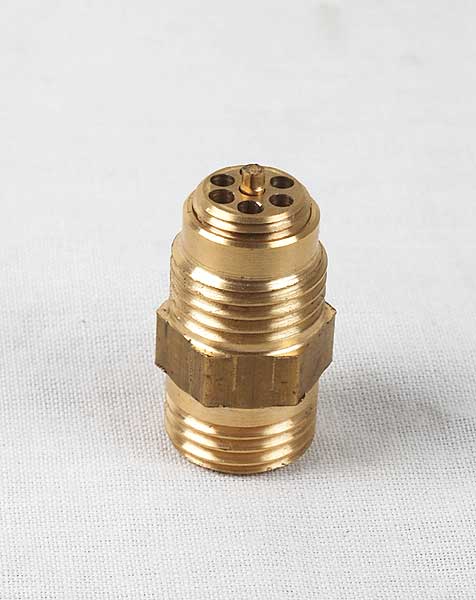 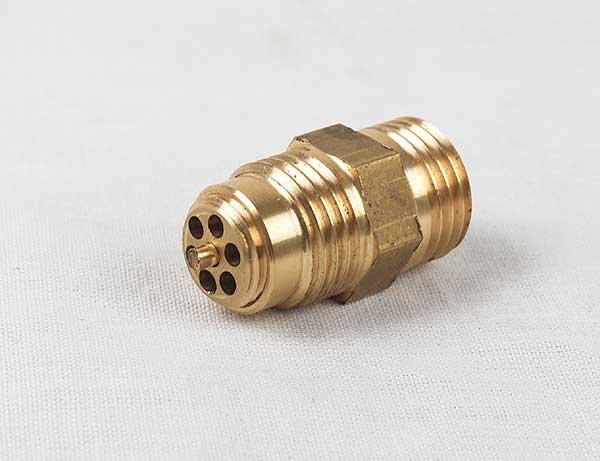 With only an eighth of an inch of adjuster visible above and the spring housing and bar, now dummy items, refitted it's difficult to spot from more than five feet away that the valves aren't strictly per the drawing.

The work completed, the engine was steamed and ran beautifully - the new valves let off at 80psi and shut tight at 70psi - there's a 10 second clip here. Job done.