As some of you may remember, Sam's 3 1/2 inch gauge "Juliet" was one of the engines taken in our burglary back in August last year. Of anything we lost, it's the one engine that really hurt - I'd bought it for him to learn on some years ago, it was extremely tatty with horrendous green paint but went well and, of course, he loved it. Having decided that it's unlikely to come back any time soon, I've given him "Pendle Witch" as a replacement on the condition that he restores it - this is the four inch scale Milner Hunslet, one of a pair, that I bought last year.

Having spent some time in the stable attic (the engine, not Sam), we managed to lug the chassis down the stairs a couple of months ago (having put it up there through a hay hatch with the fork truck which is now down at the workshop - it was a sight easier putting it up than getting it down). He gathered up all the bits and we took them all down to the workshop where he has pottered away cleaning and fettling. I've kept a bit of a watching brief on the whole escapade, but have tried to be as hands-off as possible. 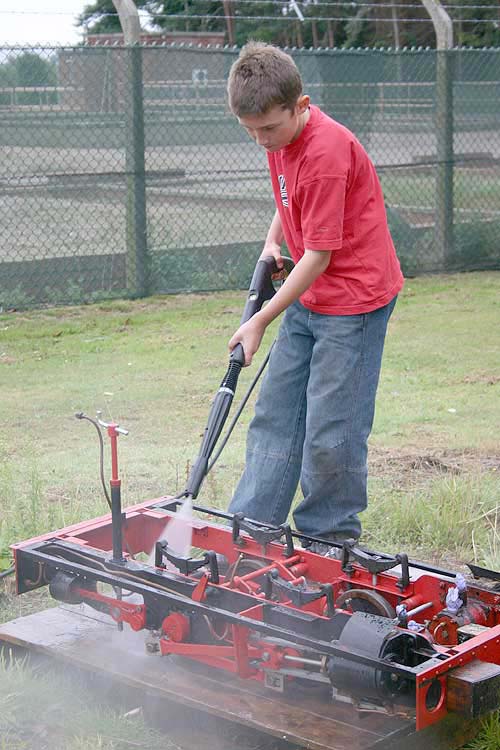 It's the ideal engine for a lad's first project - although dismantled it's complete and, though filthy, in good condition underneath and beautifully made in the first place. He Jizered the chassis down before pressure-washing it, reassembled an assortment of bits and then cleaned and oiled everything that moved - the end result is a clean, air-running chassis. The engine was originally dismantled for retubing, somebody got as far as cutting the inner dome off and getting the old tubes out. 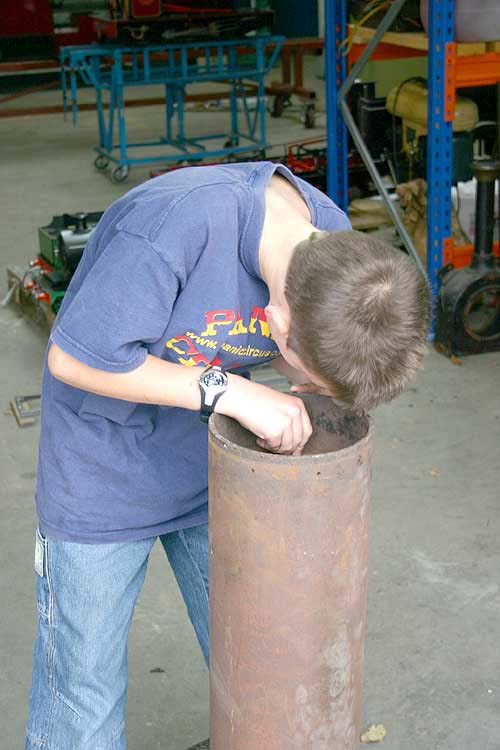 I ordered him up four lengths of drawn copper tube and a tube expander from our friends at Wicksteed Engineering, he's so far cut it all to length, faced the ends up and deburred them - I'm hoping in the next couple of weeks I can get a new dome made and welded on, he's then set to put the tubes in.