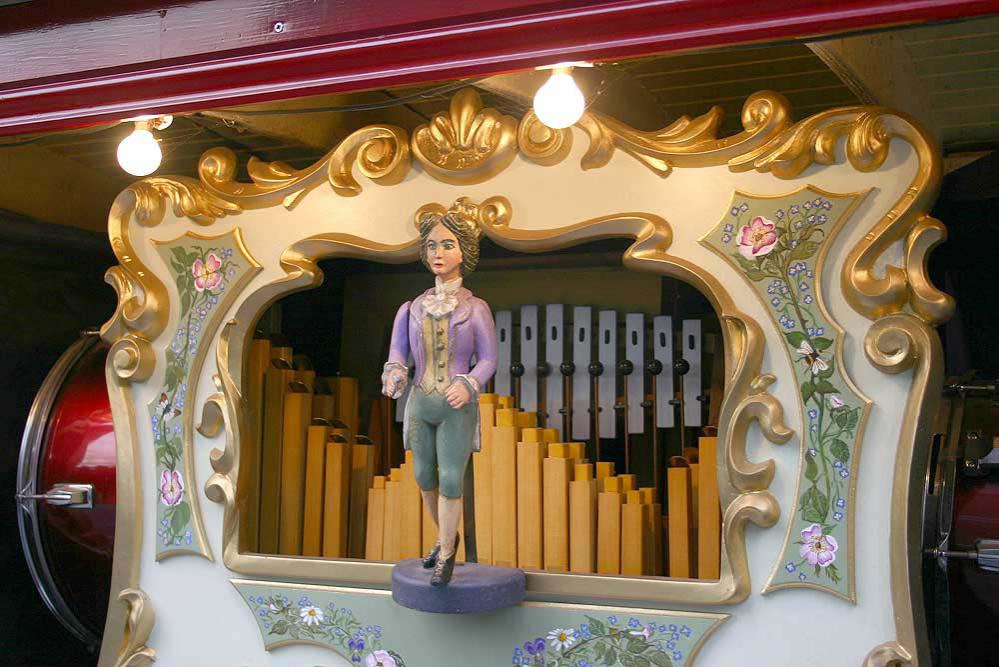 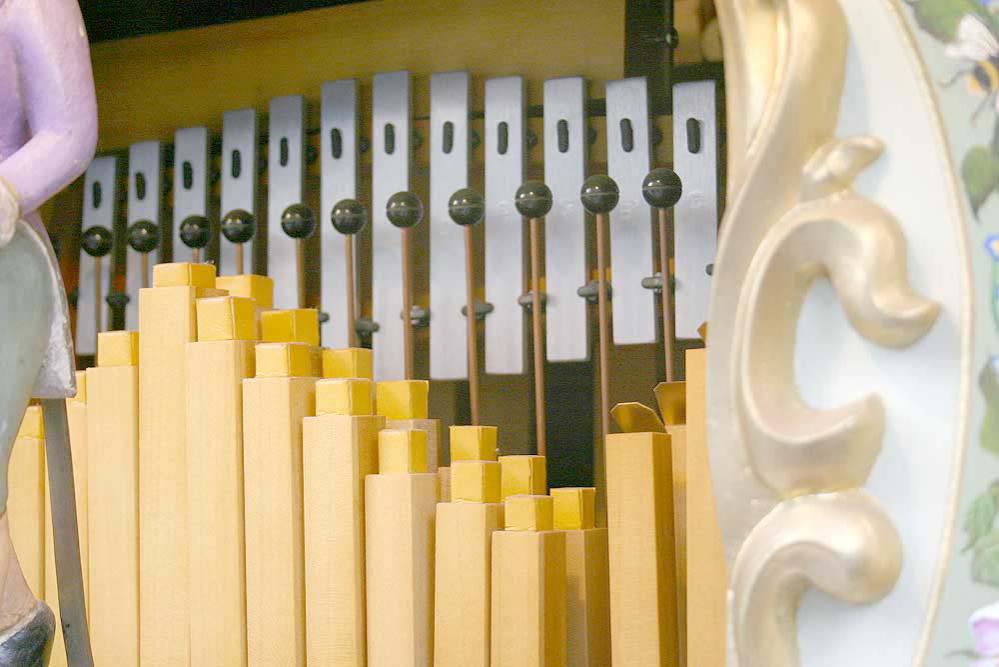 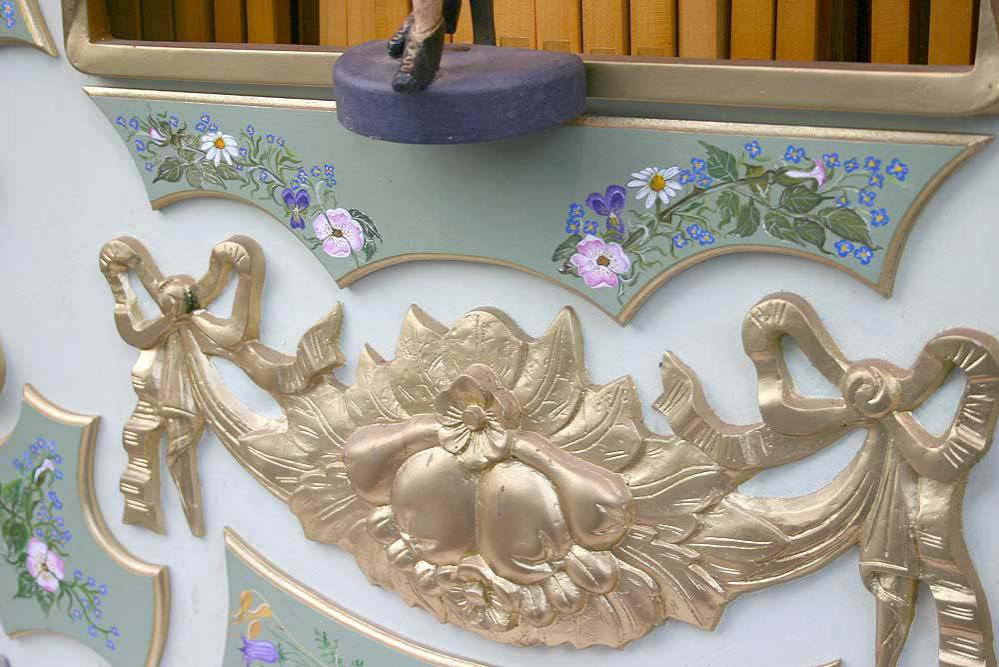 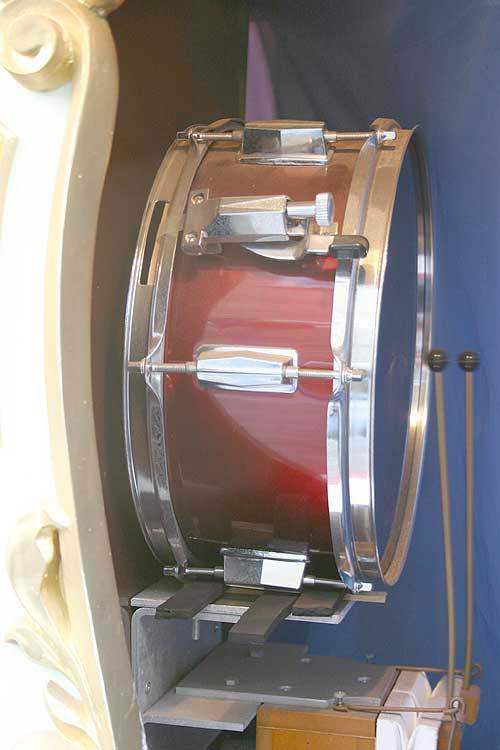 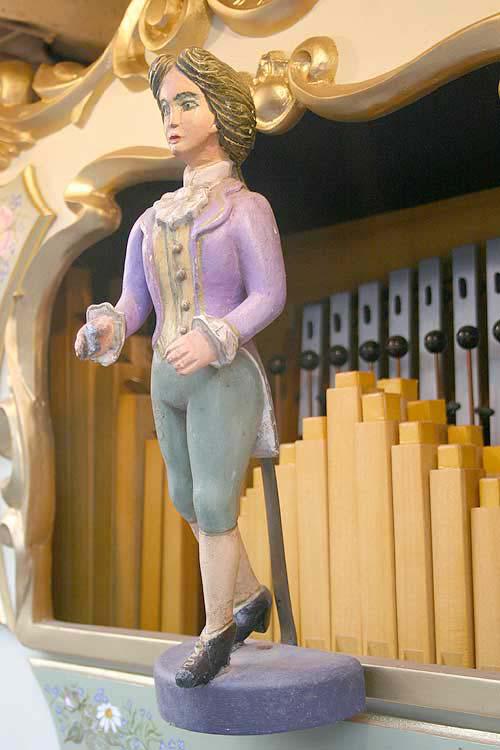 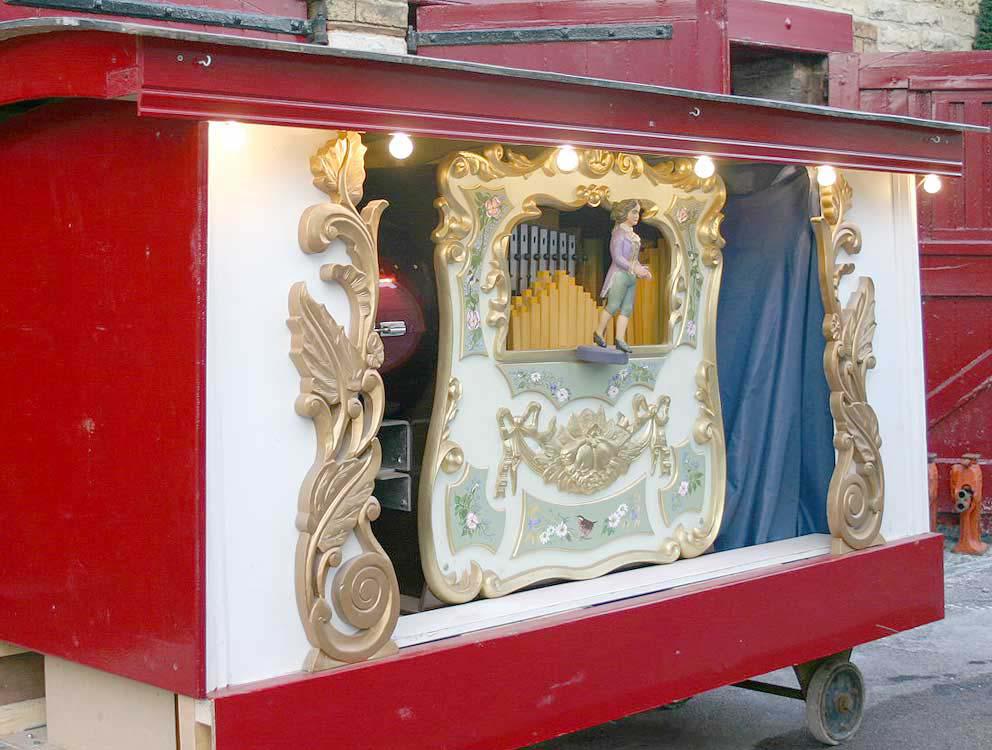 Those with long memories who visited my open day at Woolhampton in 2003 will remember this visiting Pell organ playing. Combined with four big traction engines in steam creating a low pall of smoke across proceedings, it created a most authentic steam rally atmosphere!

Built from Alan Pell's modular organ kits, the organ started out with his standard 30 keyless design, with midi interface allowing it to play music from disk (rather than the rather expensive card). Over a period of time it has been upgraded with glockenspiel, percussion and extra ranks of pipes, the music library has gradually increased to nearly eight hours playing time.

The whole thing runs from 12 volts - to my shame I ran it from a car battery at the open day, as my 4 inch Burrell Showmans generated at 110 volts and I didn't have time to sort out a juice reducer. It is housed in a substantial wooden trailer for ease of movement - necessary as I estimate the entire thing weighs something over a quarter of a ton.

Originally bought for the new house, considerations of space have meant a choice between this or my 7 1/4 inch gauge Stirling Single in the library - after much deliberation I have opted for the silent magnificence of the single rather than the rather more flamboyant charms of the Pell (which, really, will be much happier out on the rally fields).