Topics: Interesting people.
Early in 2020 I received an email with a picture of a man sitting astride the tender of a 7 1/4 inch gauge A4 - in a follow up phone call we discussed the engine and how it he had come to build it some twenty years previously. His name was Paul Beeby. 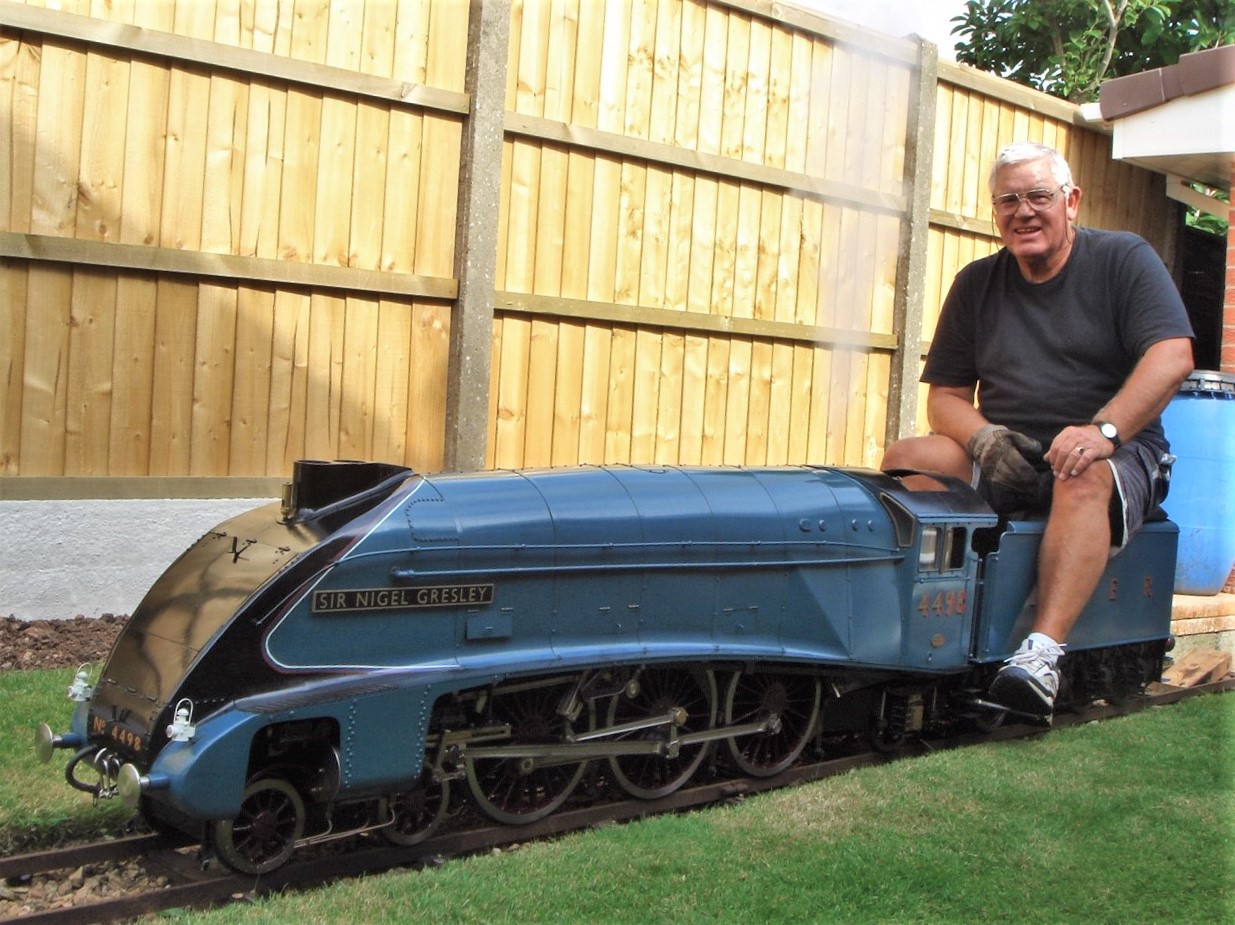 He invited me over to see the A4, however the visit had to be postponed due to the first COVID lockdown at the end of March. Sadly I never did get to meet him, however I did get to see his workshop later in the year. He built engines over a forty year period; a highly skilled and prolific builder who'd only ever sold one engine, the workshop was crammed to the rafters with his lifetime's work.
The engines remain an enduring legacy, most have featured on these pages over the last few months. Of the man himself, I'm indebted to his daughter for the following details of her father.

"Paul's first interest in locomotives began at an early age. His grandparents' garden ran along the side of the Great Central Railway, Paul would have been a regular traveller on this line. As a child he always wanted to know how things worked. One Christmas he was given a wind up engine which he immediately took to bits to see the workings, going on to build his first steam locomotive at the age of 12 in his father's garden shed.

Paul built many locos during his life, his work was admired by many both in this country and abroad. During the 1980s and 90s he took his locomotives to many events across the country, such as fetes, galas and steam rallies (where quite often he would also have to take his own track) and was a regular at local tracks, particularly Nottingham.

For several years he took his 5 inch gauge Lion and 71/4 inch gauge Holmside to a modellers week at Brean Sands. He and his daughter ran both engines, which worked extremely hard, proving reliable and putting smiles on the faces of many passengers.

Whenever he was on holiday, you could guarantee there would be a track nearby that he could visit - if he had a locomotive with him he would always be welcome to have a run. Model engineering exhibitions were also high on his agenda, either as a visitor or as an exhibitor. His 7 1/4 inch gauge Pacific "Sir Nigel Gresley" was exhibited at Earls Court during construction, attracting much attention.

He did once build an engine on commission, but only once - he wanted his locomotives to be his hobby, not his job. He was asked many times over the years to build for other people, but always refused. Having never sold any of his models, he amassed a large collection of complete and part built engines, along with lots of parts.

Paul could always be found in his workshop and built many locomotives in his lifetime. Beginning with stationary engines, he dabbled with traction engines (but, for some reason, never really took to them), then moved on to locomotives, building a wide range of both narrow and standard gauge engines, from 2 1/2 to 7 1/4 inch gauge.

The 5 inch gauge "Lion" he built was the one that saw most use, run most weekends all over the country with either Paul or his daughter Anne at the regulator.
His pride and joy was the 7 1/4 inch gauge LNER A4 Pacific "Sir Nigel Gresley" - completed nearly twenty years ago it was only steamed twice; he went on to complete an LNER B1 and was well on with a Britannia in the same gauge before ill health prevented further progress.
He was a fun character - recognized wherever he went, he will be sadly missed by all his family and friends."