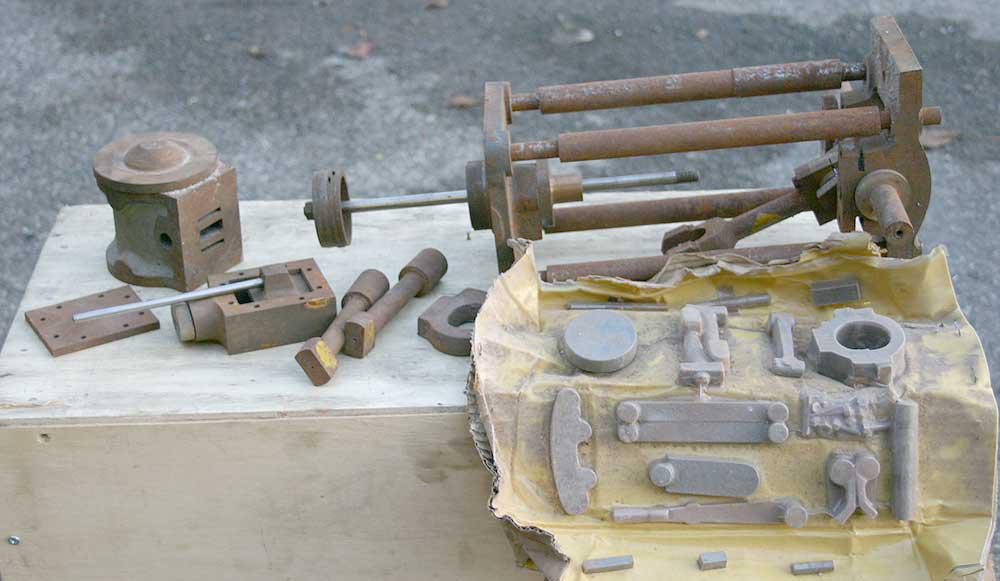 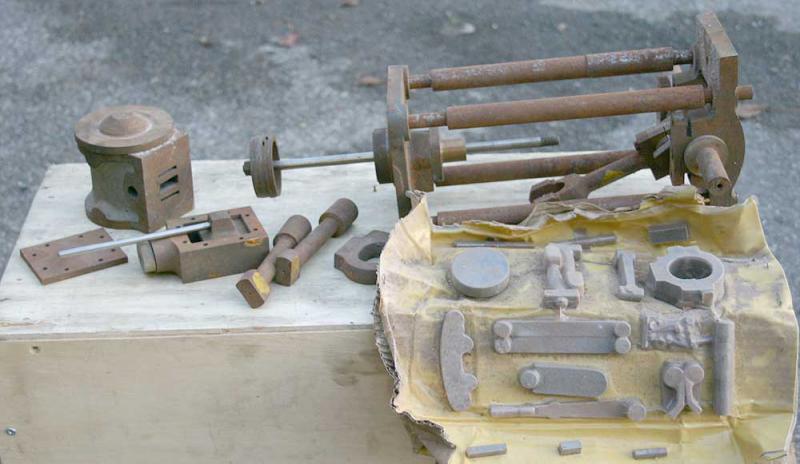 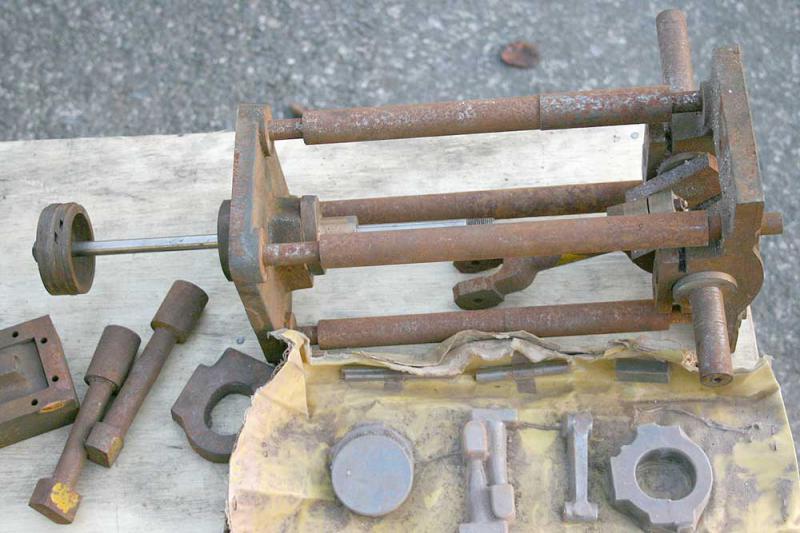 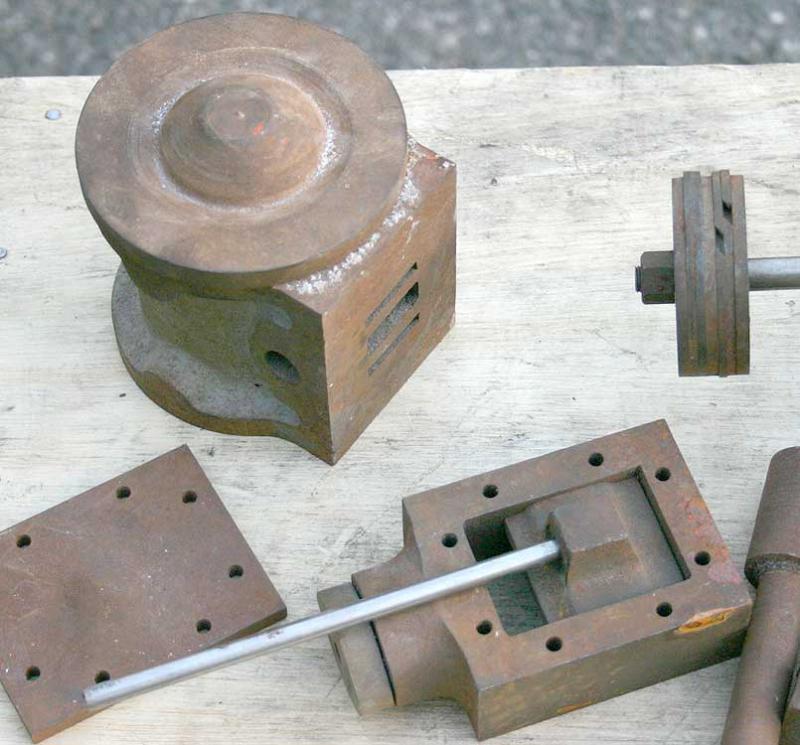 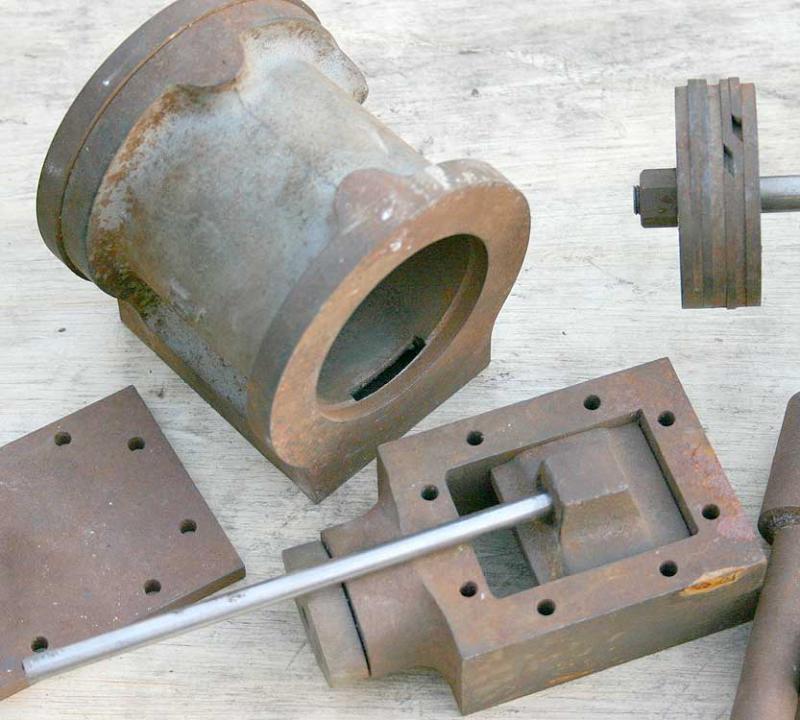 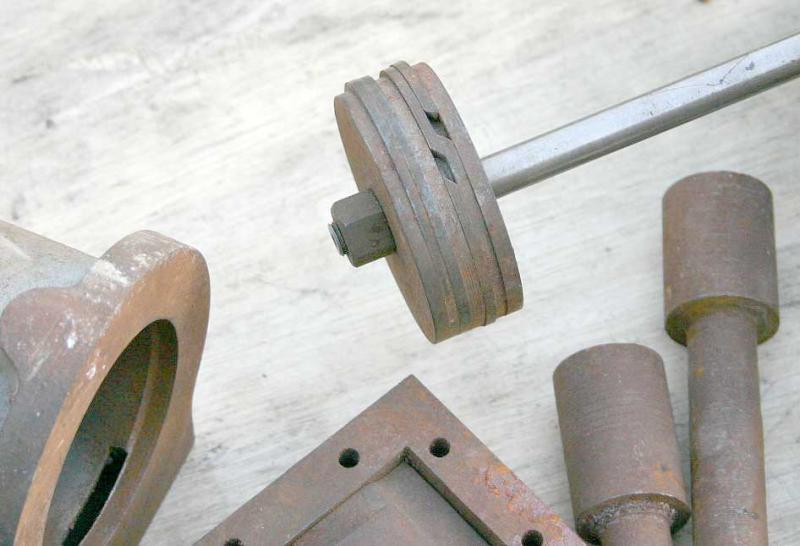 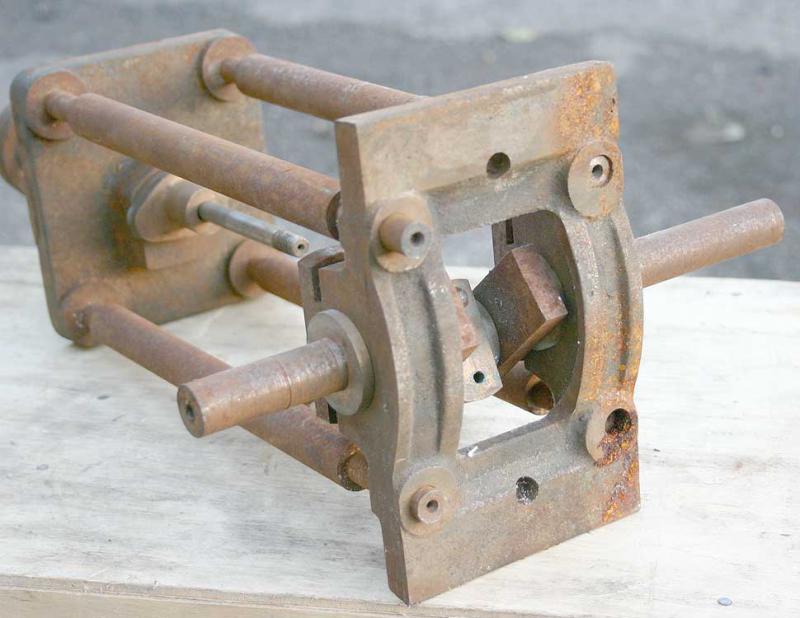 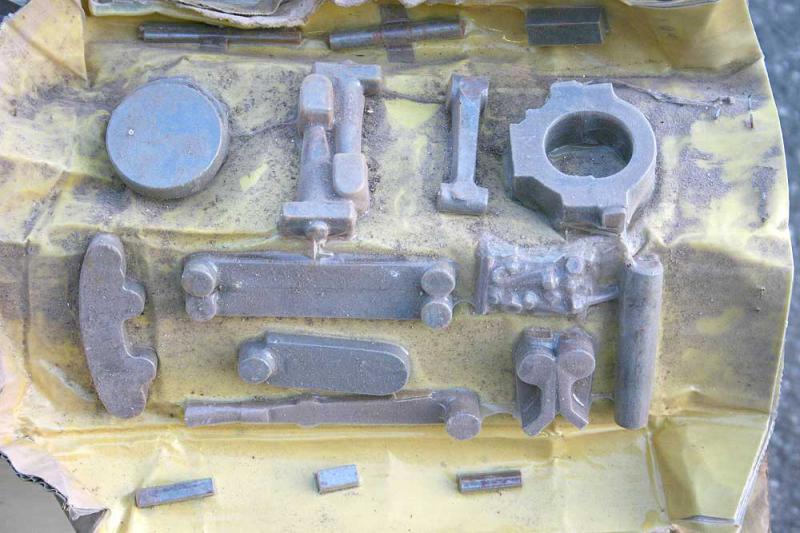 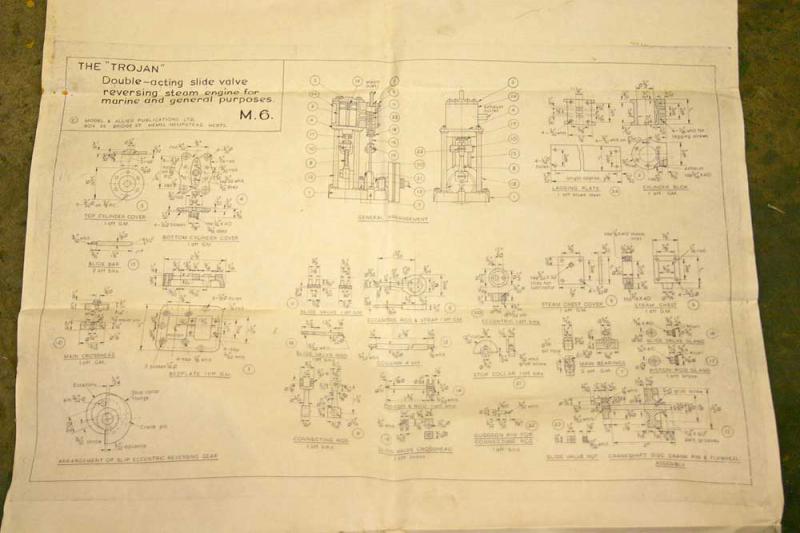 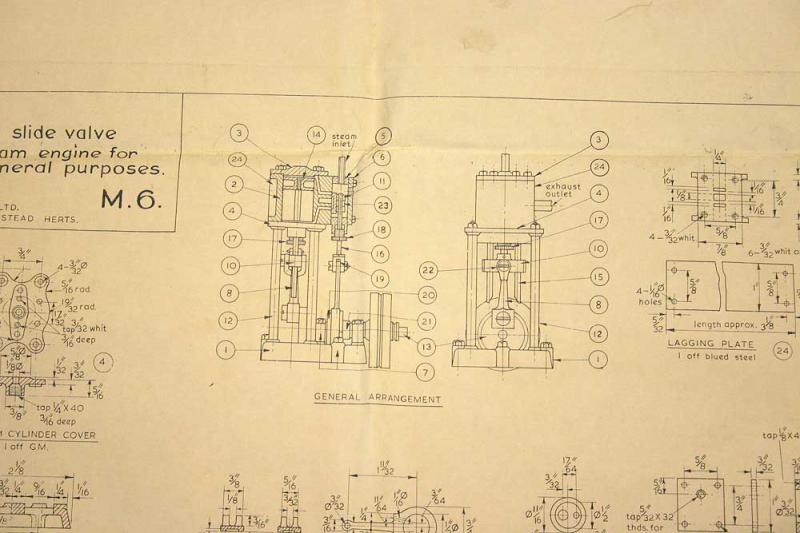 I've always known the Westbry Trojan as an inoffensive little engine, 5/8 bore and stroke, it was serialised in the "Model Engineer" in 1949. This version has been based on the same design, but substituting a cylinder from Stuart's 5A - basically it scales the whole thing up by a factor of about three to give a large engine capable of powering a small full-size boat. I think it was a commercially-produced item, but can find no further information - if anybody knows any more about it, let me know.

This engine was started twenty years ago, destined for a small boat. The project proceeded as far as acquiring a new cross-tube boiler and engine castings, then stopped not long after. The machining that has been completed looks good, the surface rust acquired on the bench in the intervening years comes off easily. In addition to the machined castings, there is a complete set of still wrapped reversing gear.

Drawings are included for both the Trojan and 5A.

To give an idea of size, the four vertical pillars are about 10 inches long, the engine when finished is going to be something around 15 inches high. Power is likely to be similar to the 5A, which Stuart rate at 5/8 bhp at 1000 rpm on 60psi of steam.