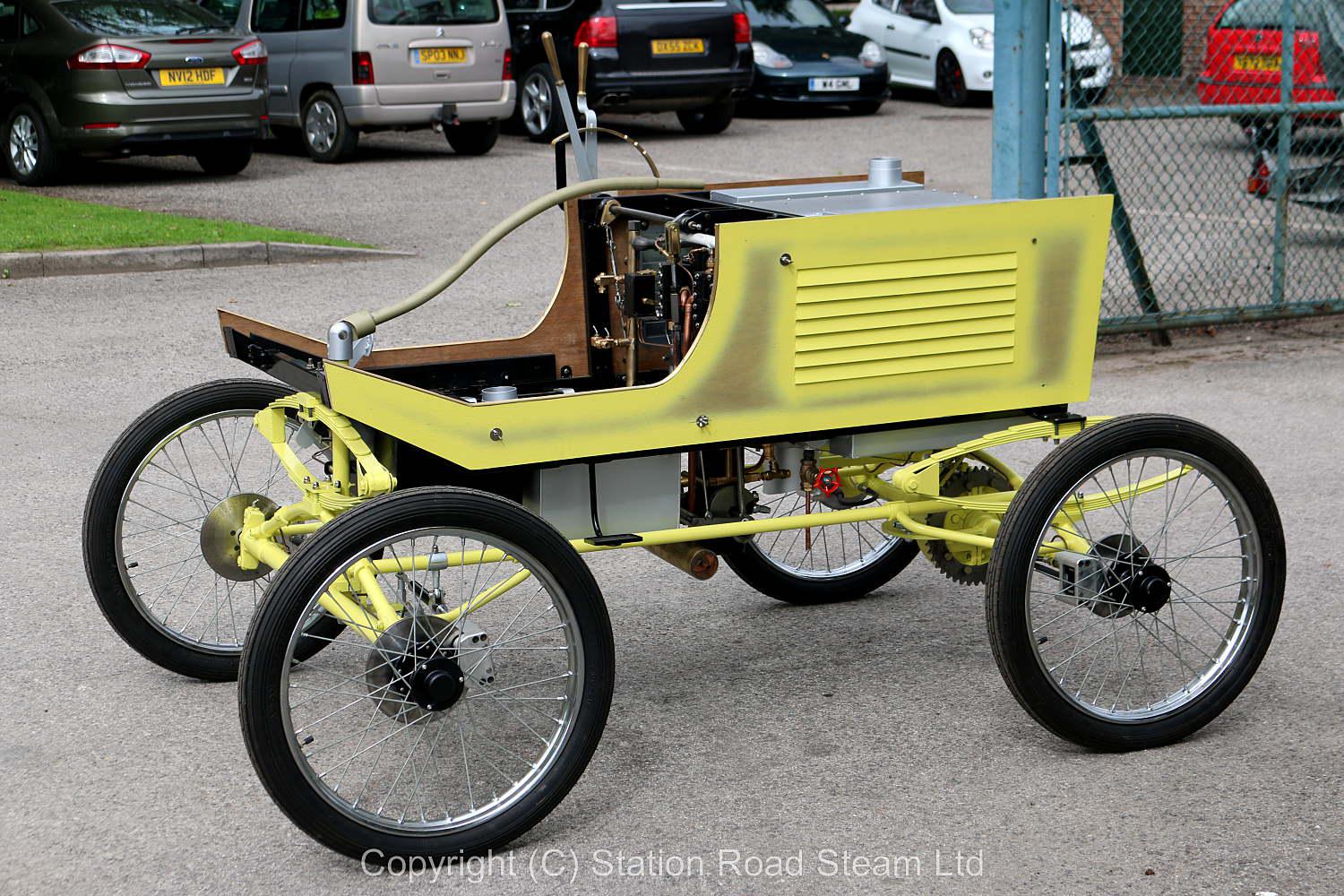 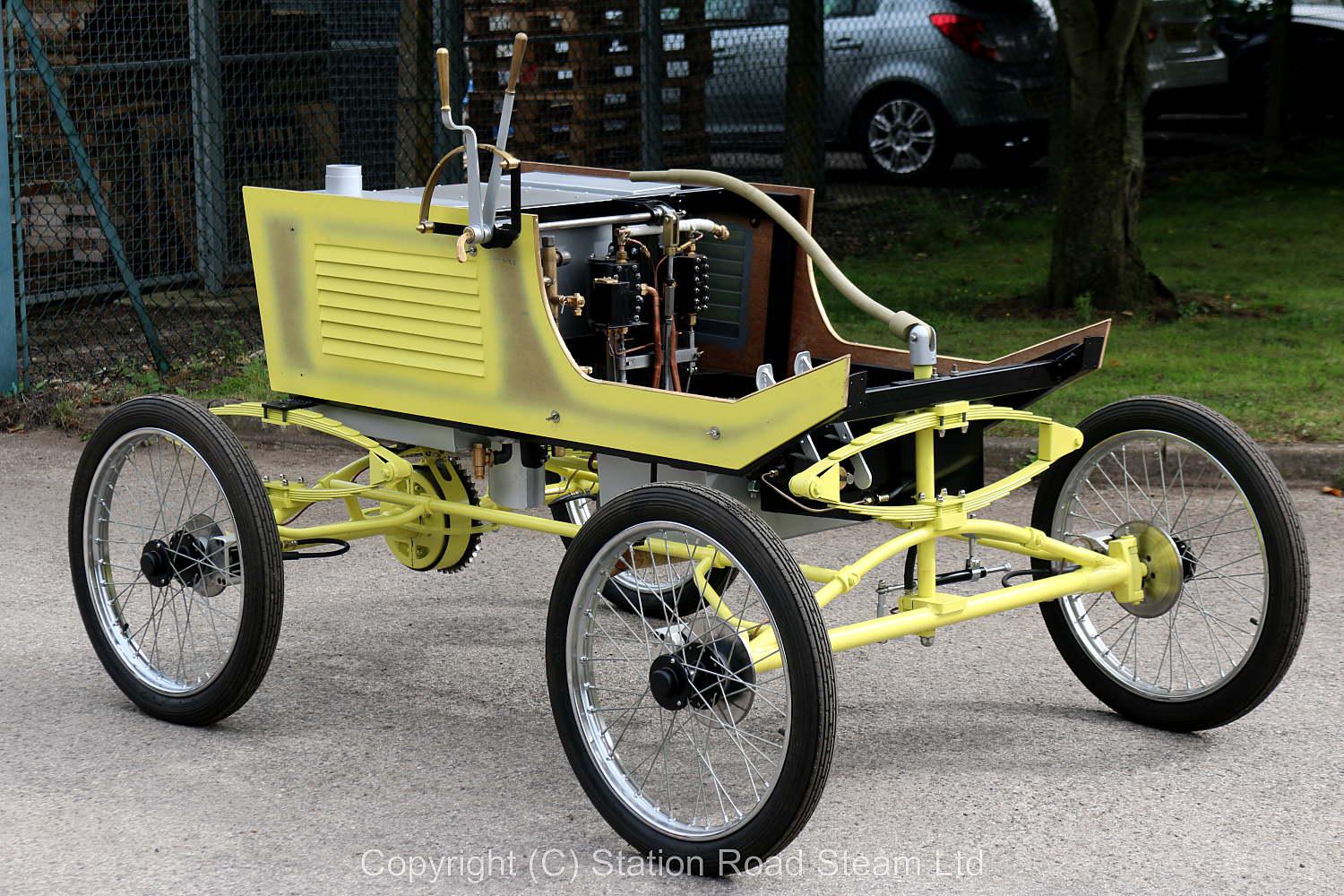 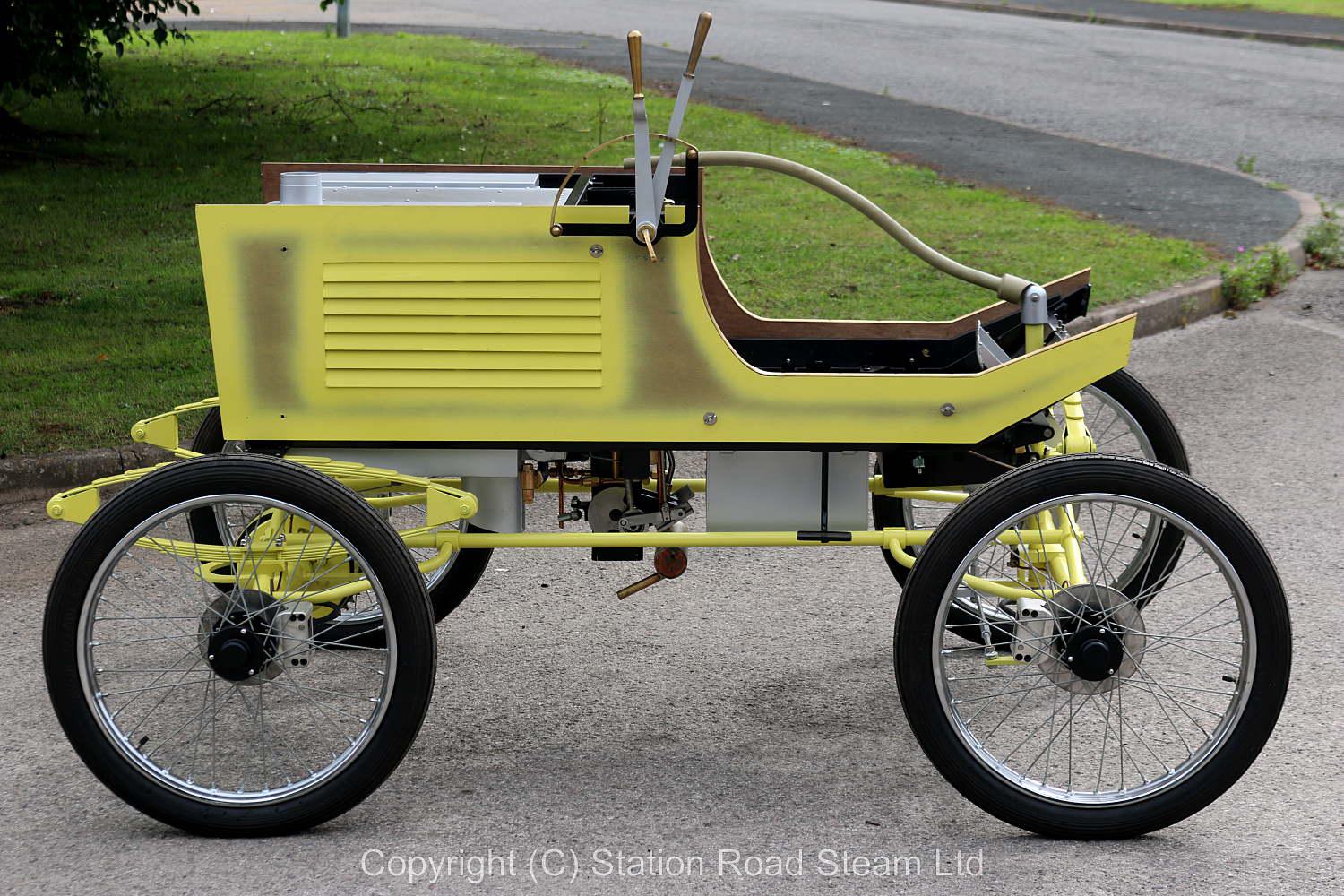 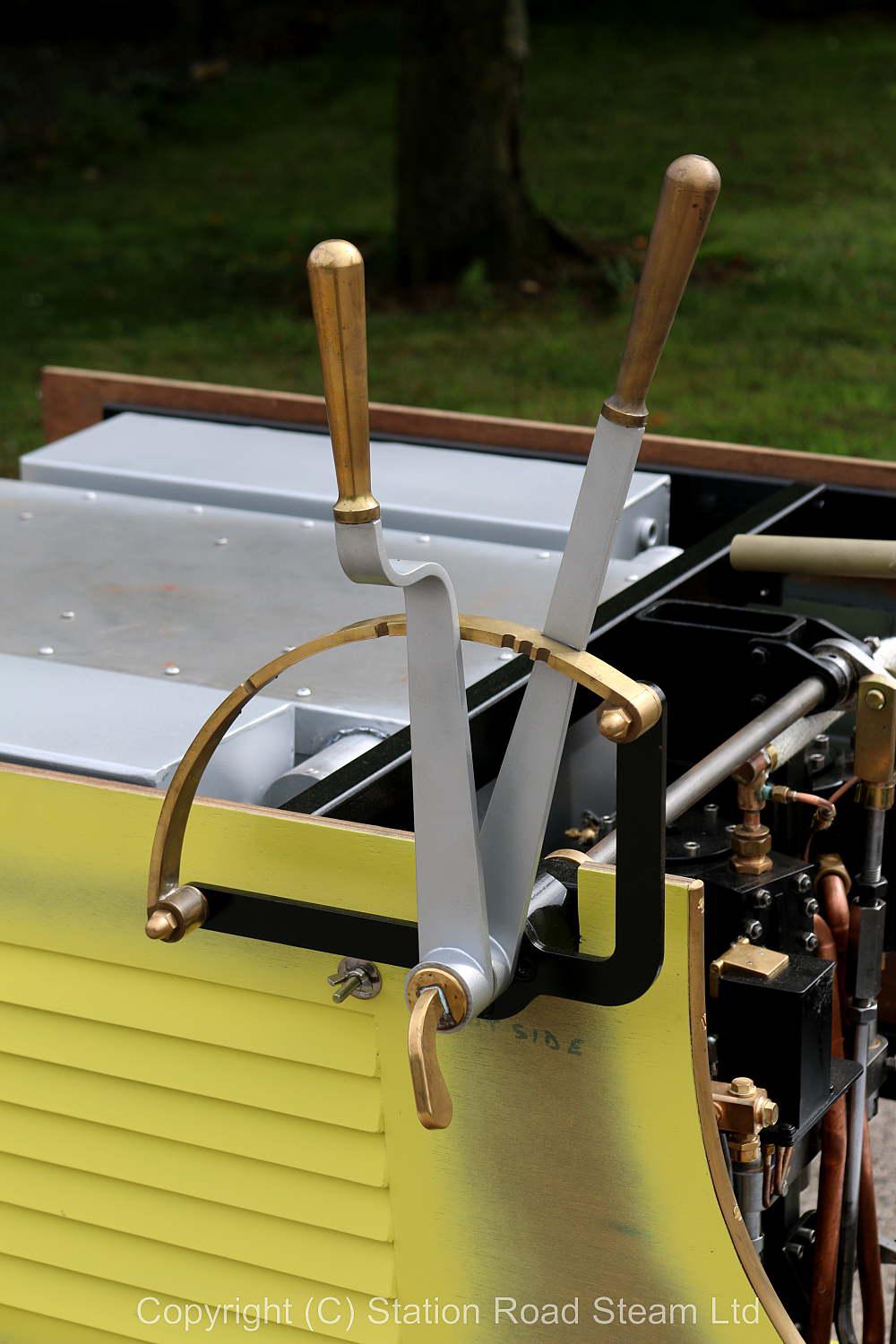 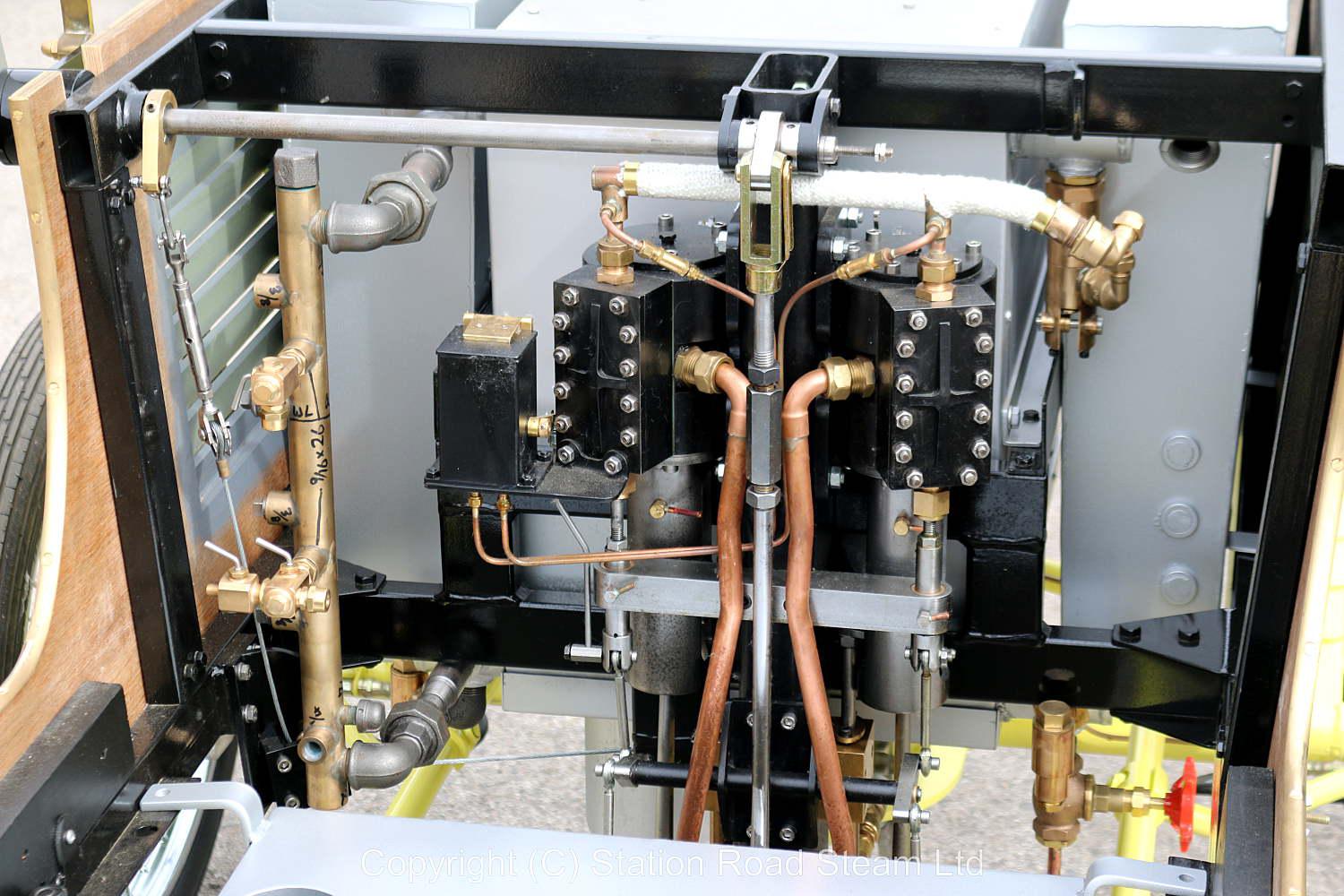 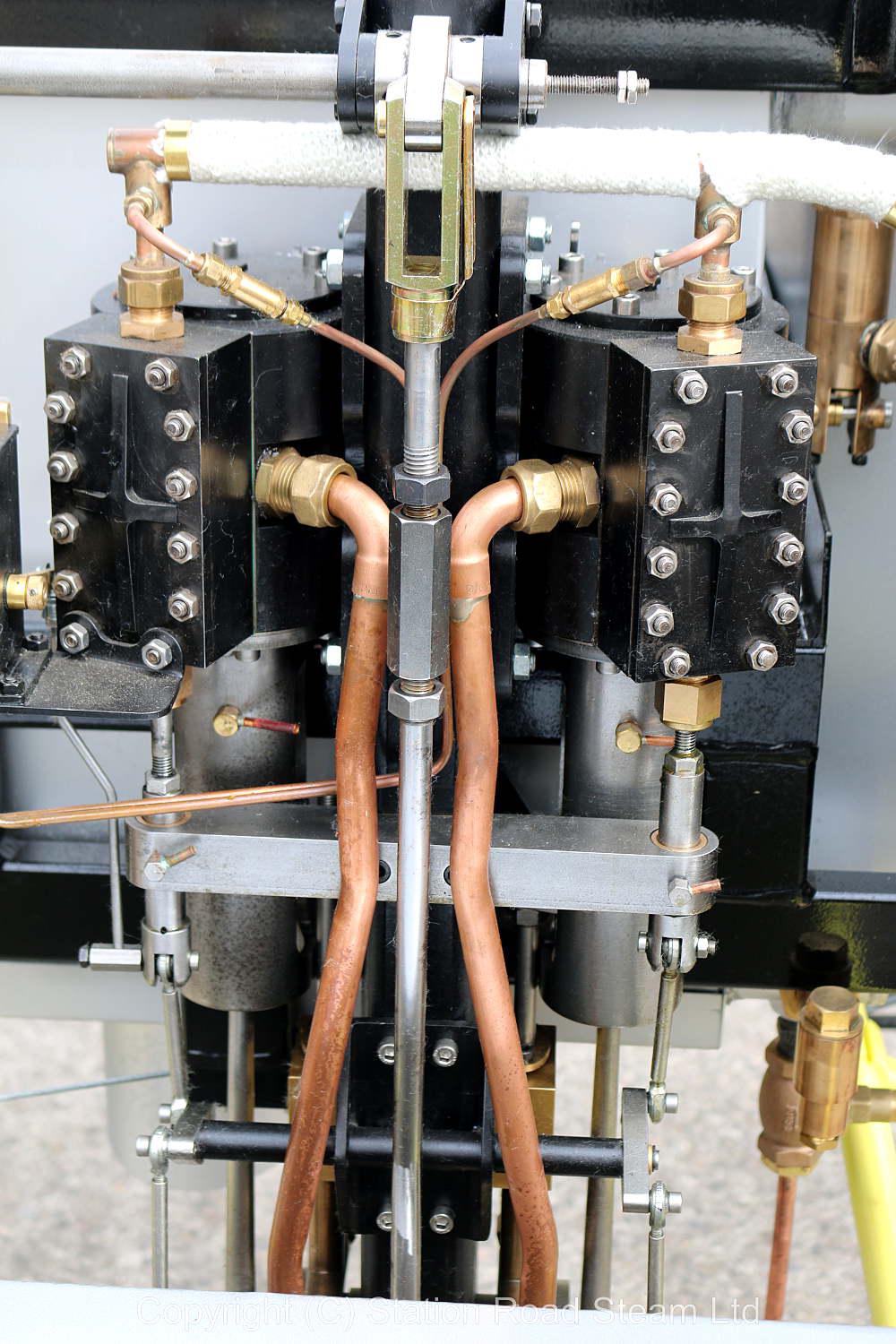 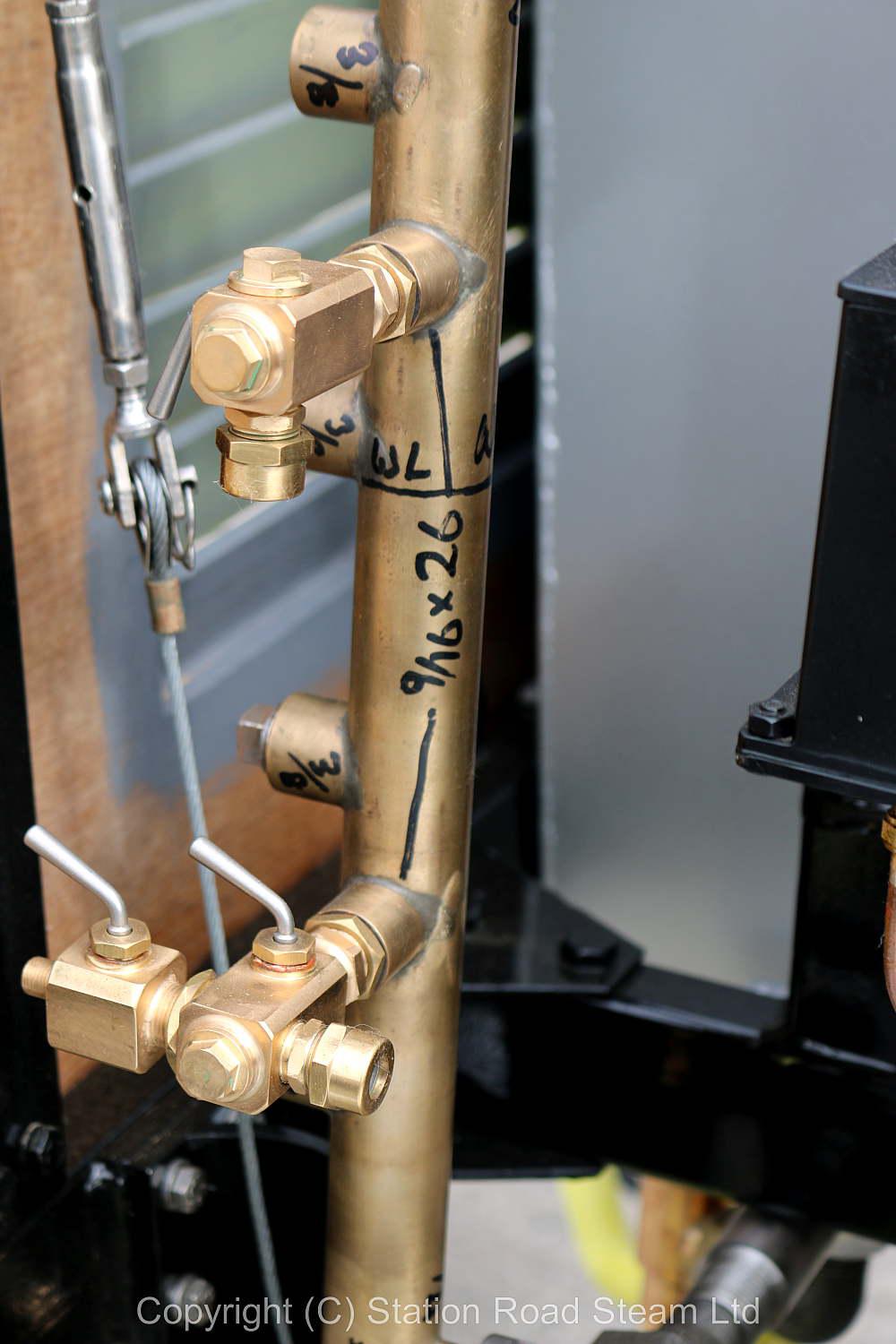 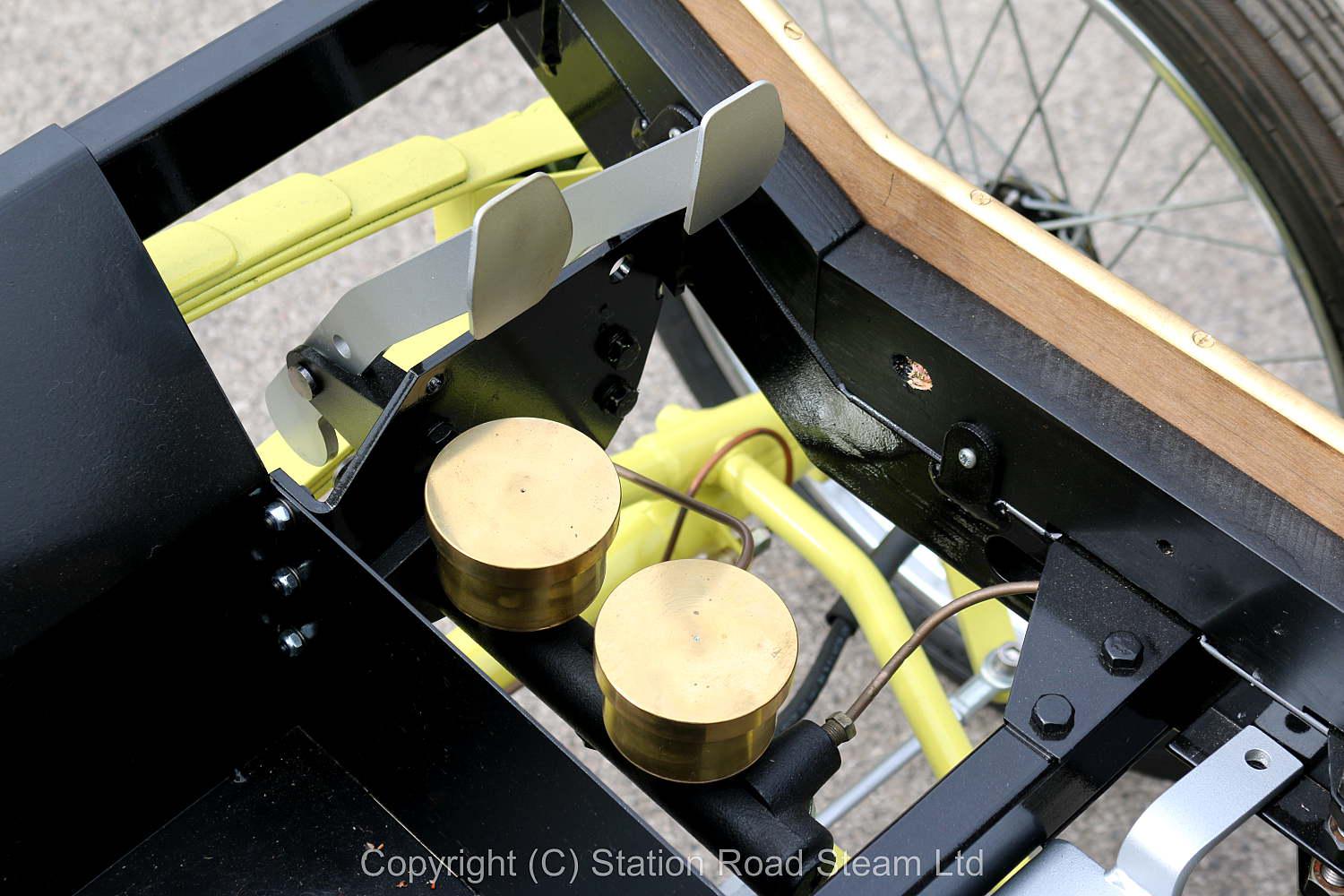 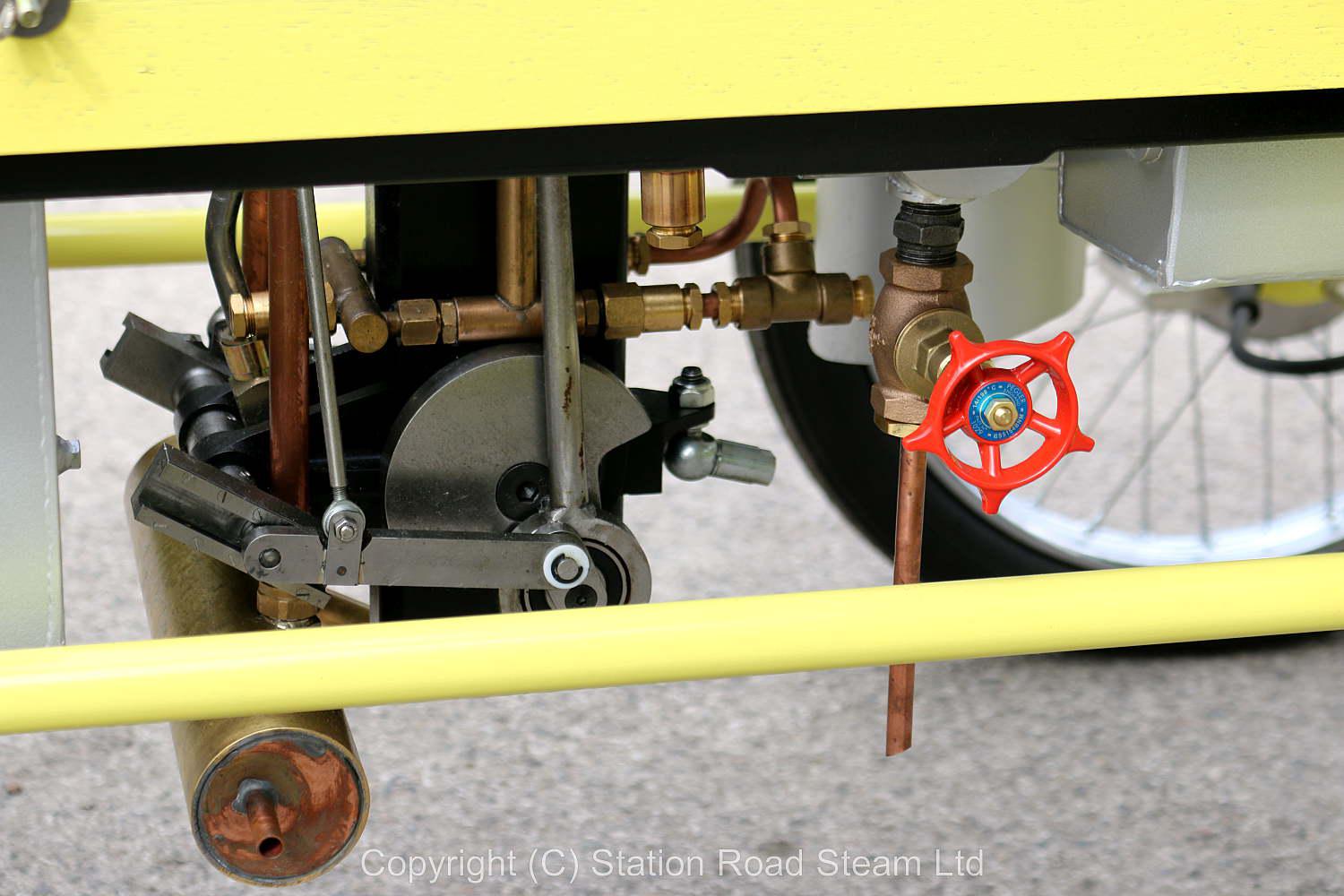 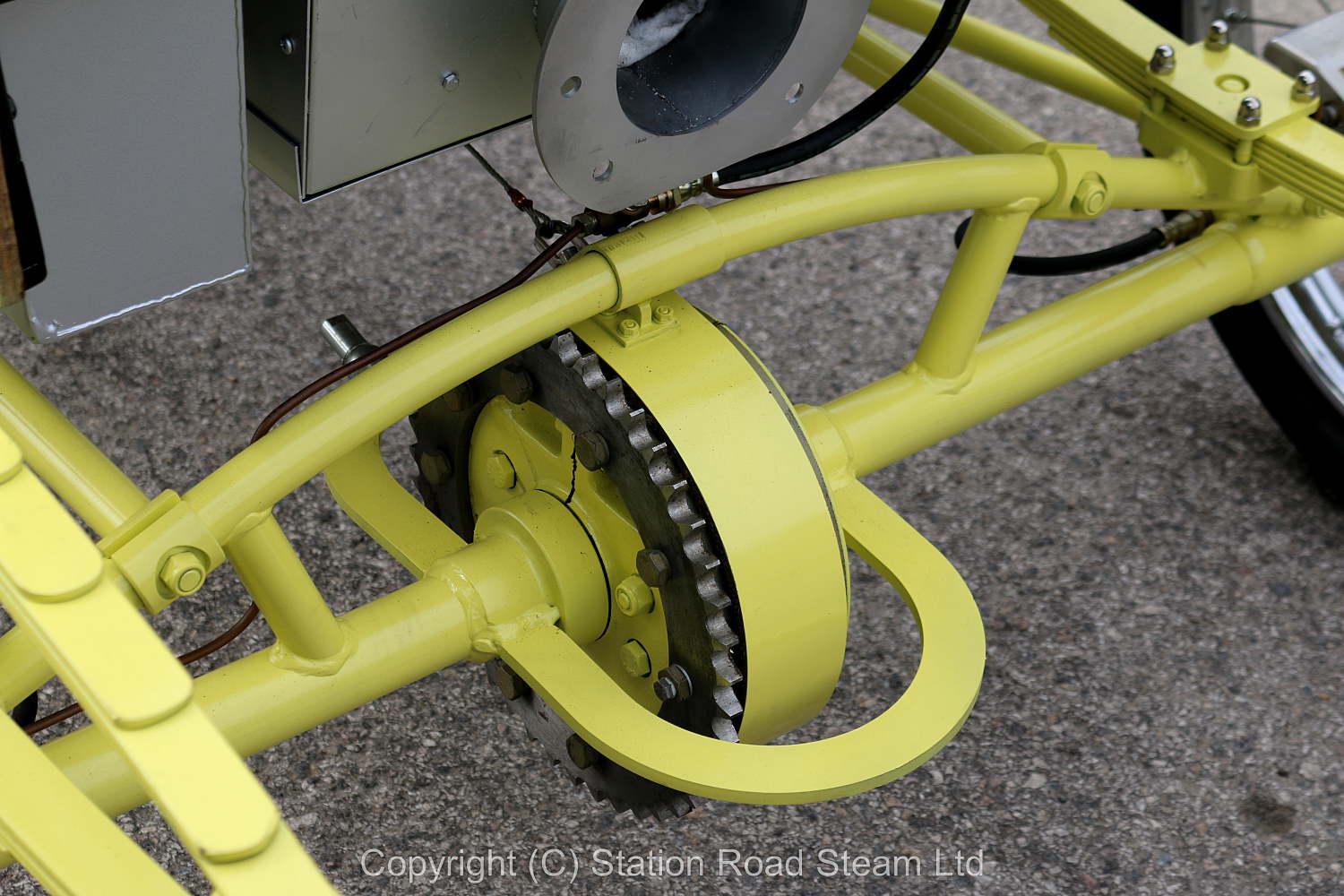 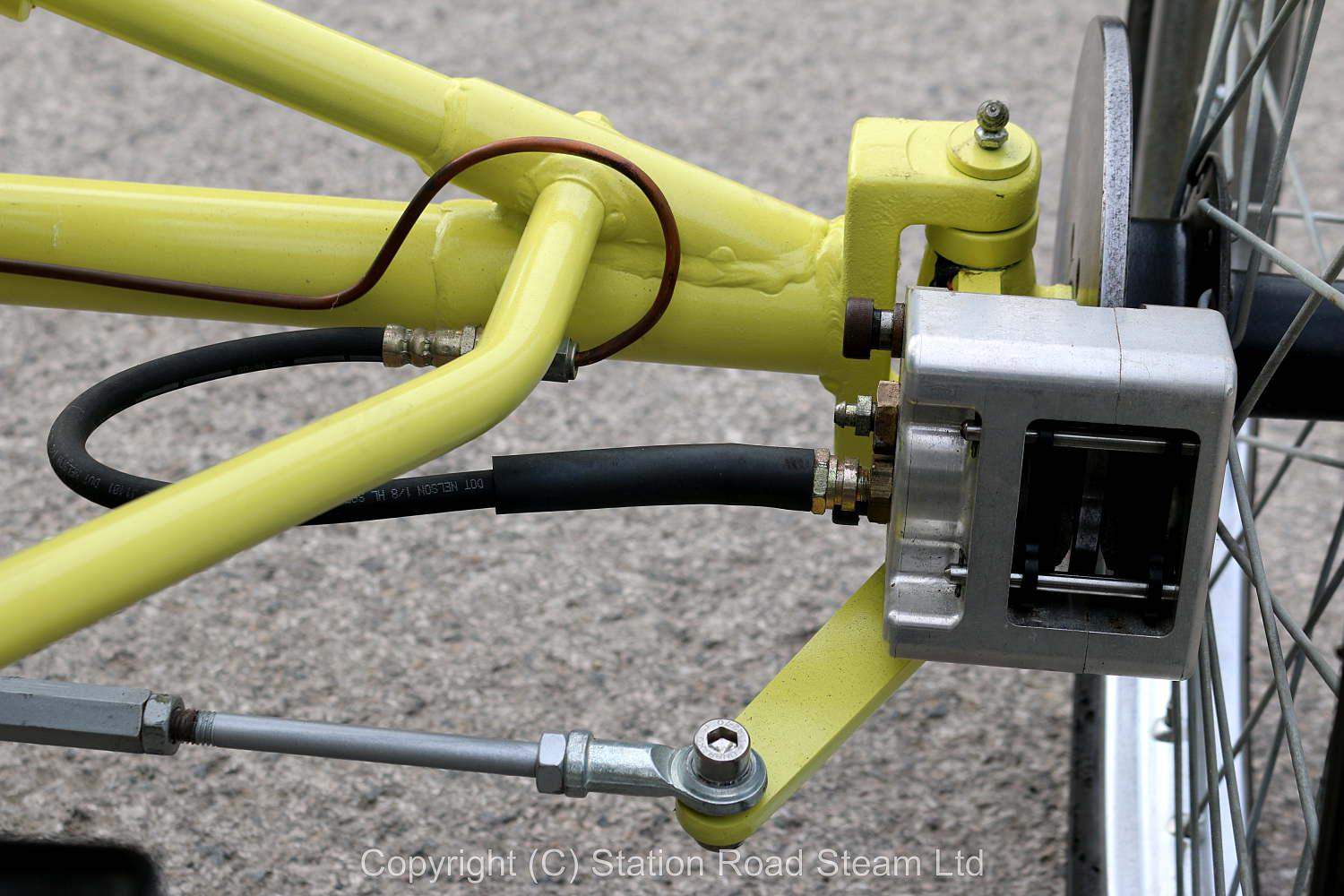 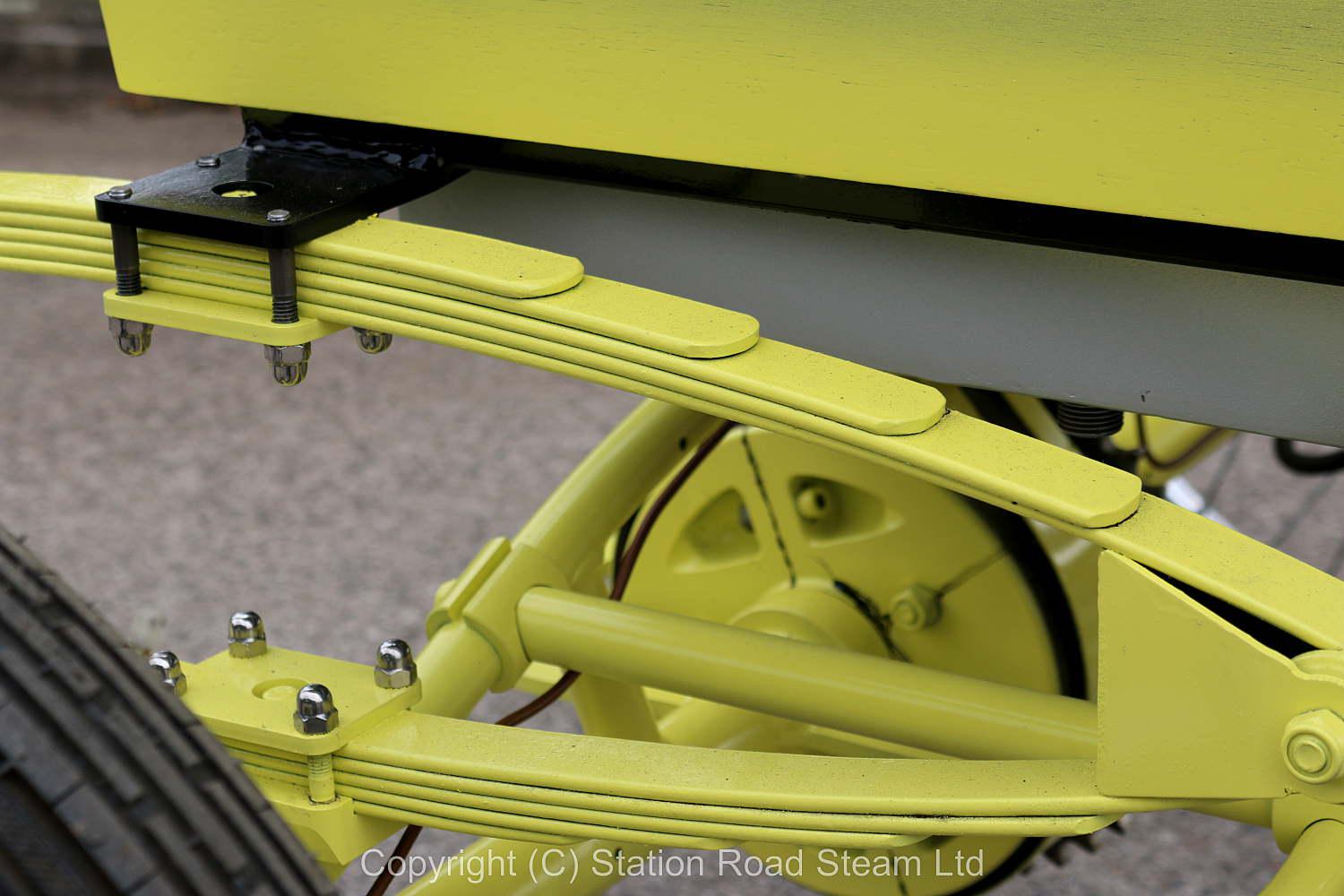 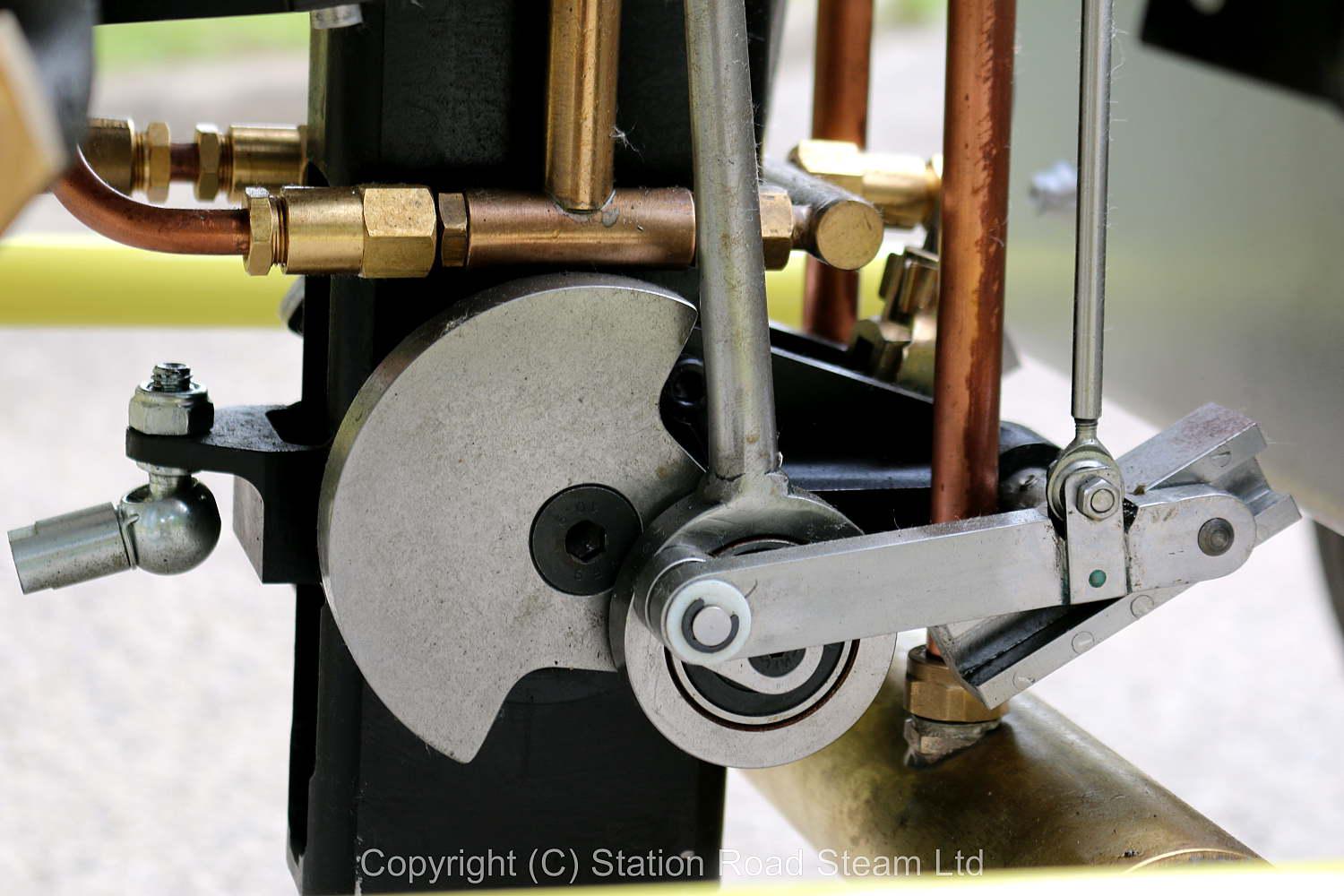 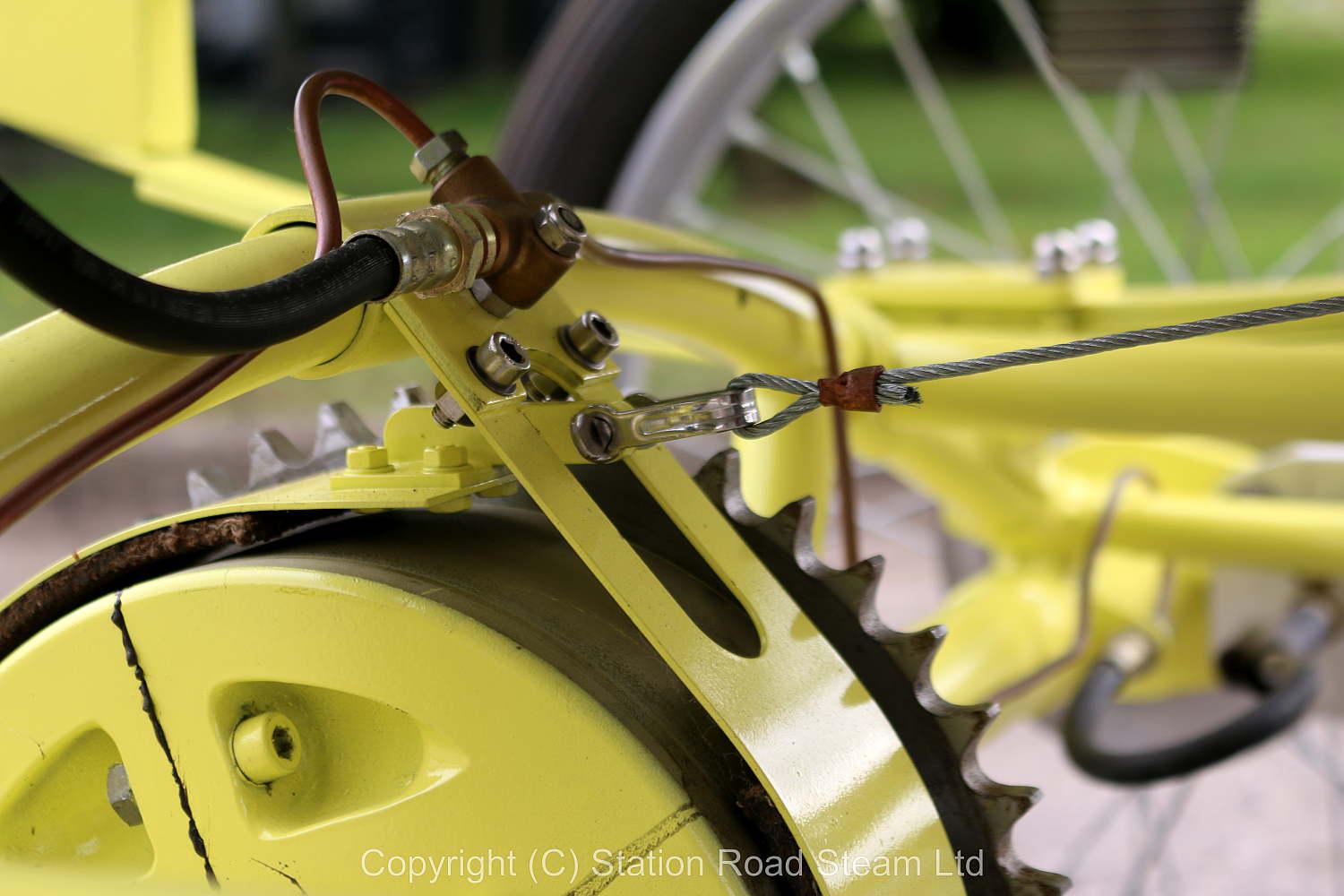 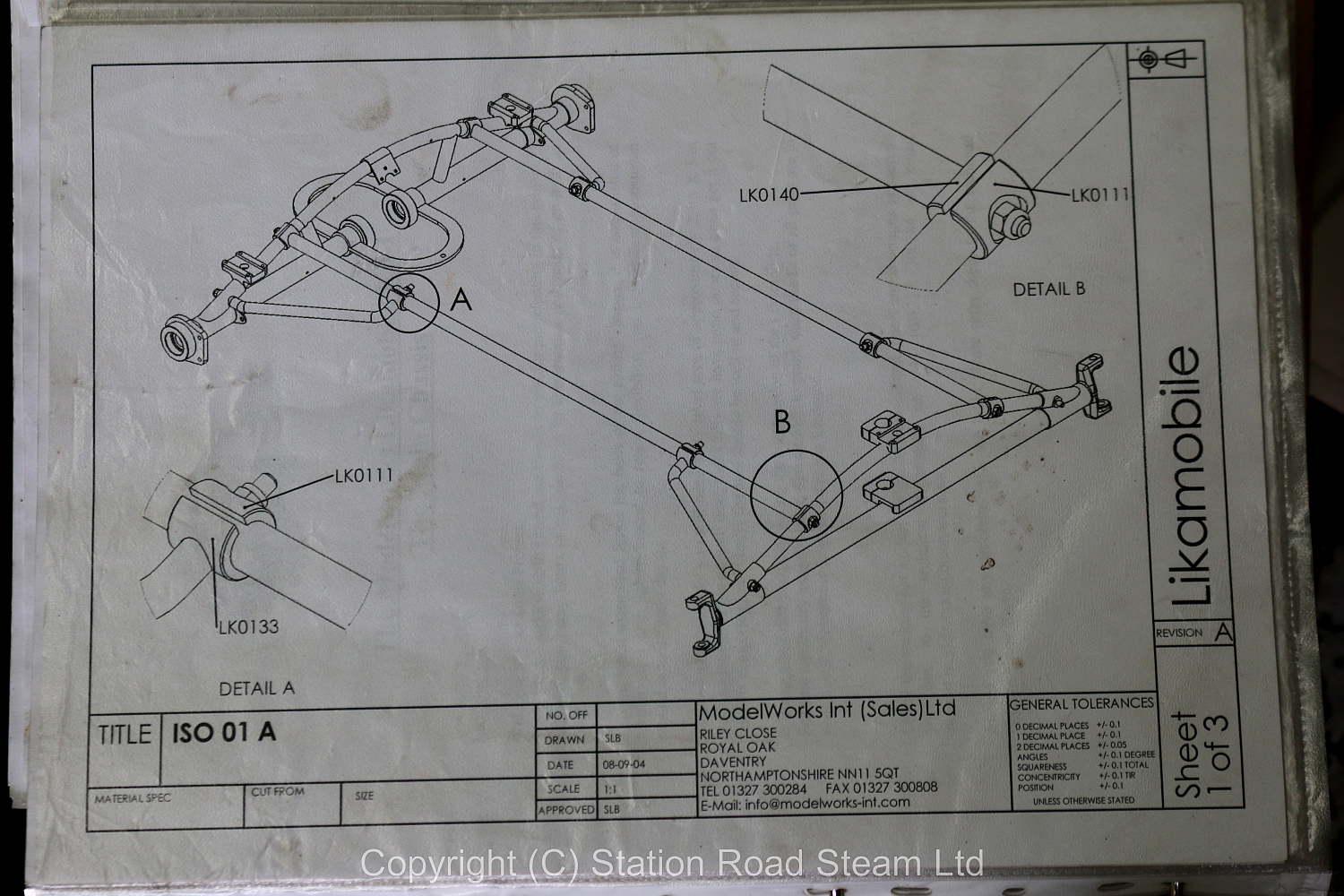 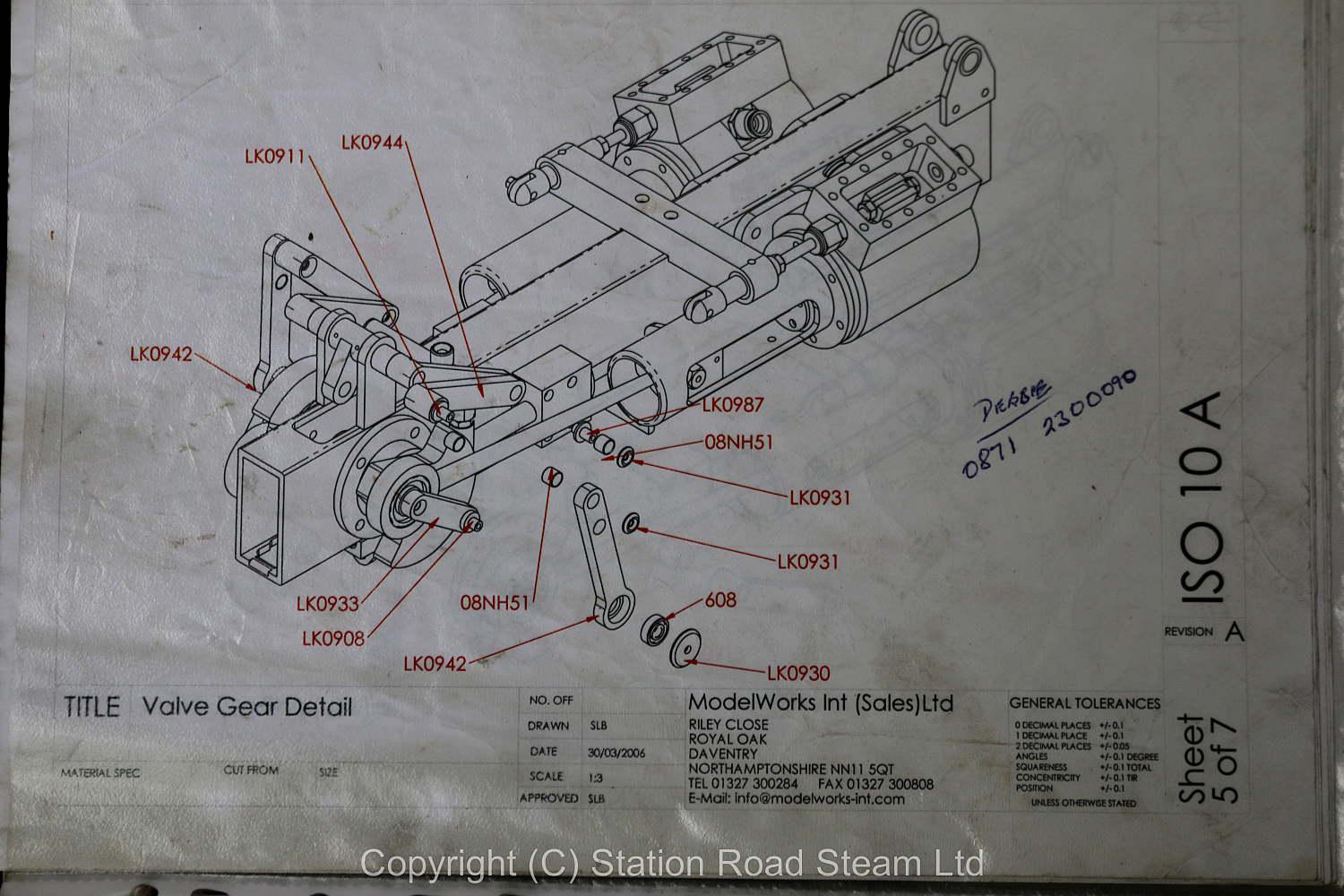 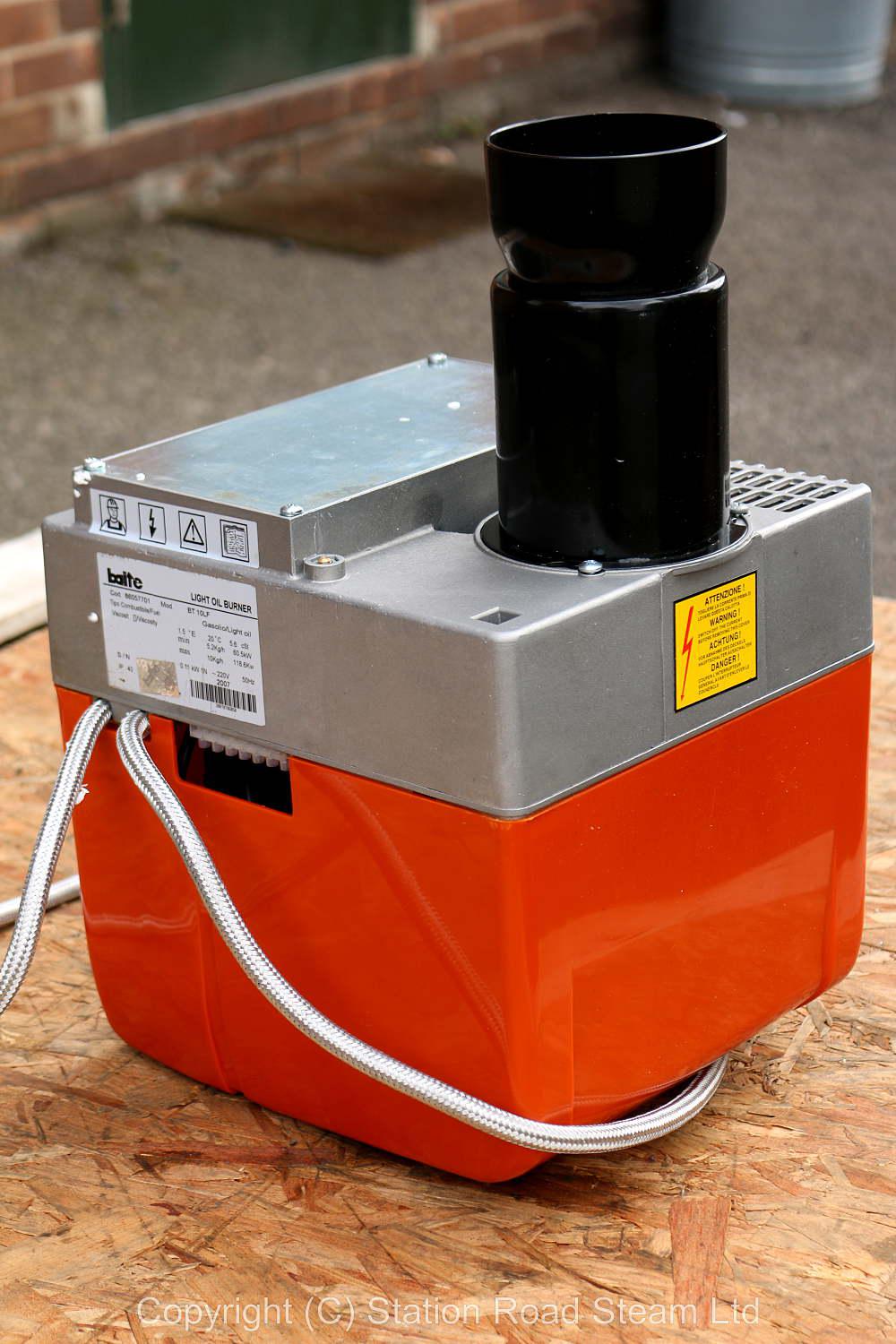 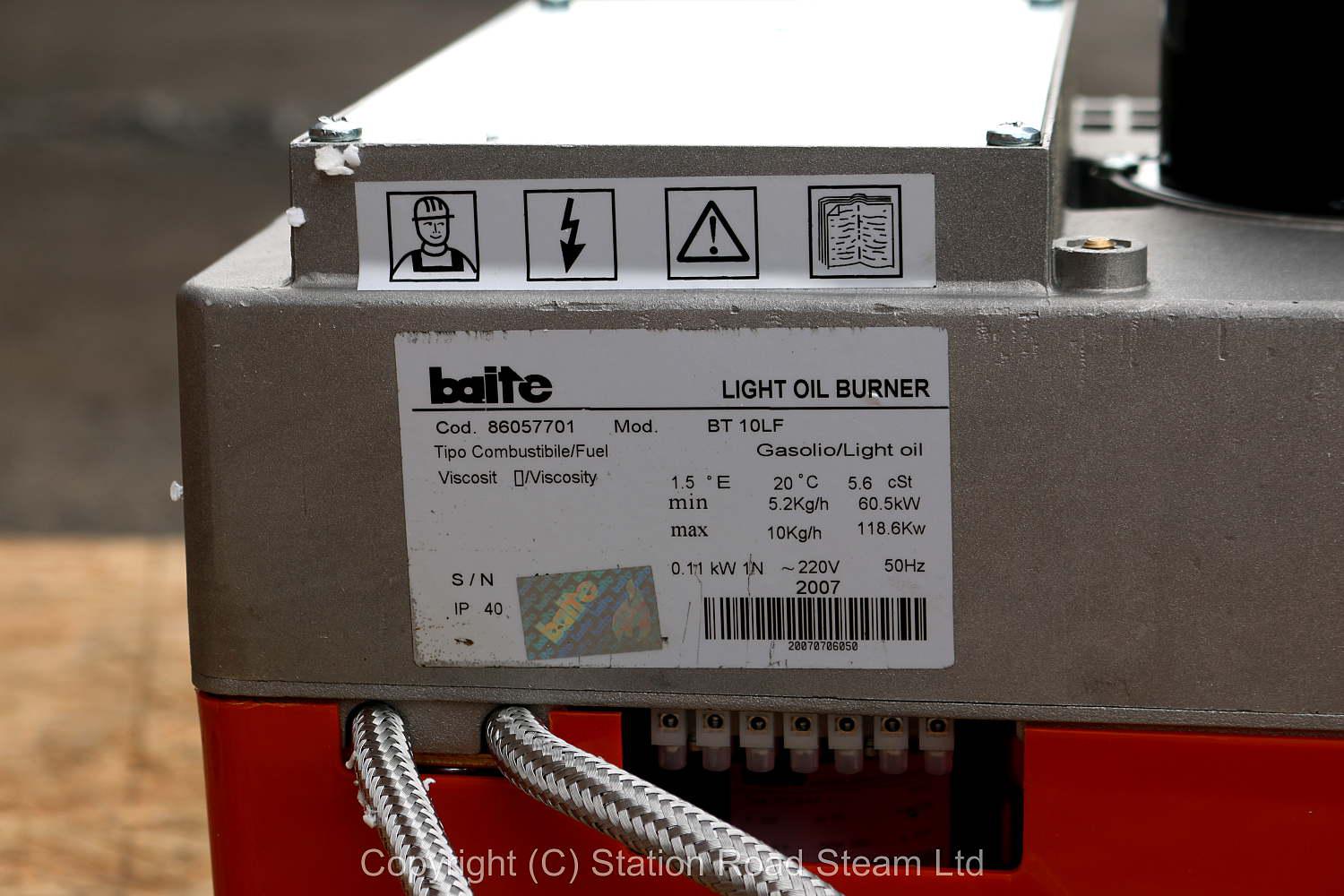 We sold this as a box of bits earlier in the year to a long-time customer of ours, a retired professional engineer who works to a fine standard in all his projects. A house move has now dictated some serious clearing of the decks, so the Likamobile has come back to us, along with the very fine 5 inch gauge Garrett "William Francis".

Pictures below were taken yesterday - the chassis is assembled and has been painted in chromate primer, a steering damper fitted (non-standard but a good idea, we've had other cars thus equipped which are more comfortable to drive than the standard setup) and larger rear sprocket to improve performance on hills (not something we know much about here in Lincolnshire). The engine has been assembled and test run - it's been converted to Woolf valve gear, a particular favourite of the builder's (and the same as fitted to his Garrett which we sold recently). Remainder of description below is from when we last sold the car back in April, pictures taken at that time are in the archive here.

A part assembled Likamobile steam car, built from one of the ModelWorks kits. It's come from the estate of a man who had already built one of their 5 inch gauge Britannias - there's a listing of that one here - and who then embarked, seemingly simultaneously, on a 5 inch gauge Jubilee, Tiger tank and this car. One can only admire the man's enthusiasm! Sadly he didn't live to see the results of his labours, only the Britannia was ever finished.

This is what looks to be about 85% of a car, with the rolling chassis assembled. Big bits - boiler, burner, water gauge colum, major parts to make the engine including its spine frame, cylinders, crankshaft, wiring loom etc - are all there, along with the bodywork, seat, upholstery and woodwork including machined parts and turned spindles for the seat back. Much of the steelwork has light surface rust - it's been sat in a garage for some years - but this comes off easily with Scotchbrite, there is no hard corrosion or significant pitting.

Missing bits include inverter (which is an off the shelf part, widely available), control box, lubricator (although we can provide one of those if required) regulator valve and feed pumps. There is no paperwork or assembly instructions, however we've got a set of build instructions for one of the other cars we have in stock which could be consulted.

If you want to see how they turn out, we've got a particularly well-finished one in stock at the moment, there's a listing here with pictures and video of it running here. Party piece of these cars is 0 to 250 psi working pressure in eight minutes from cold. If you've been to one of our open days, you'll almost certainly have seen me zooming about on one - it's a about the only way to play with a steam engine all day and stay fairly clean!