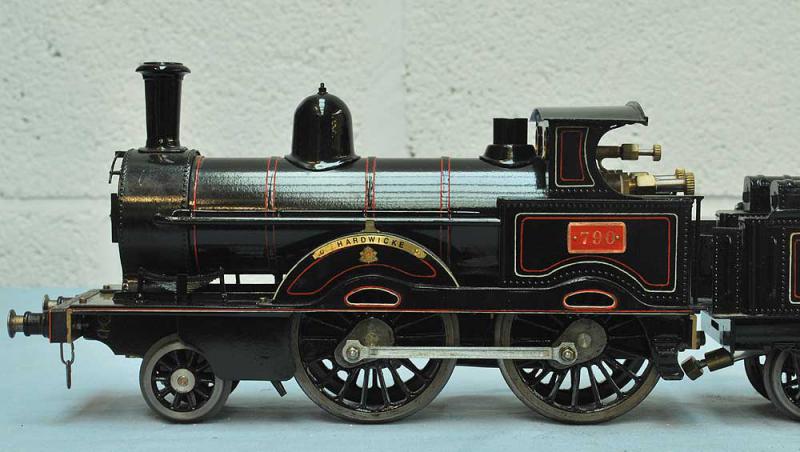 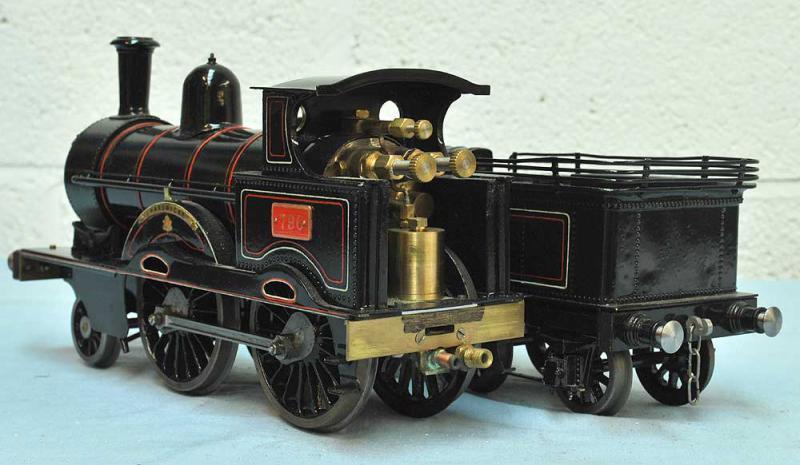 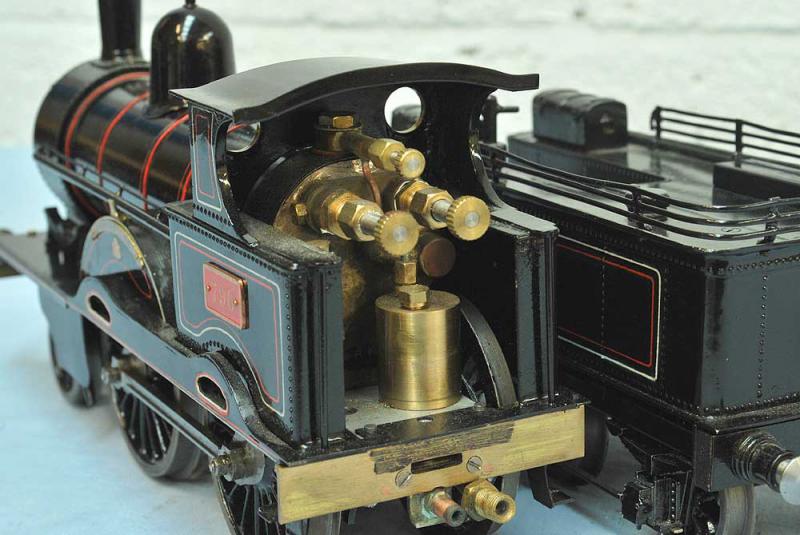 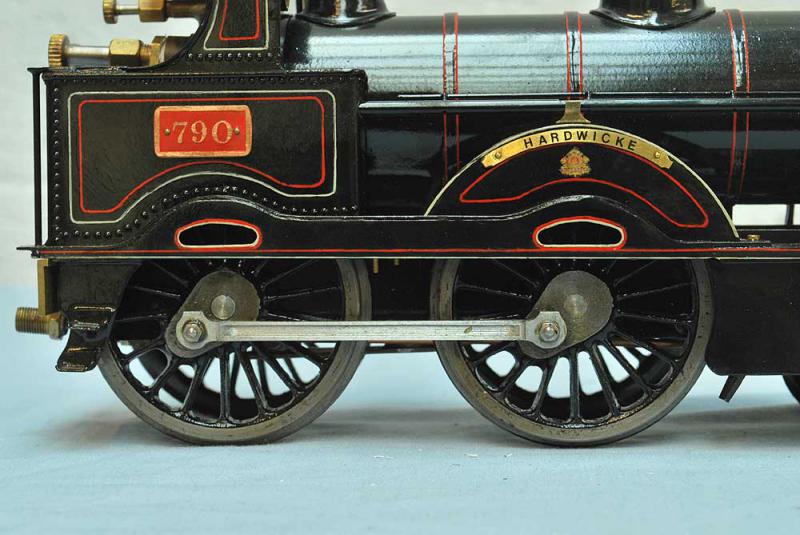 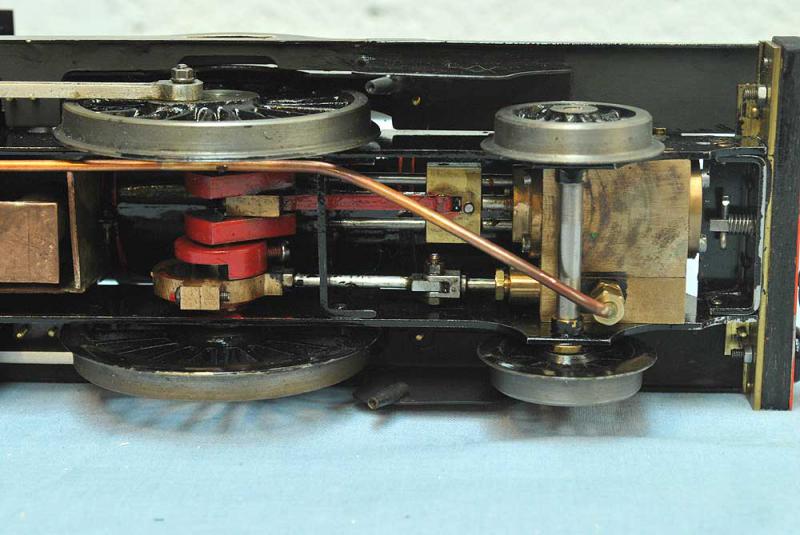 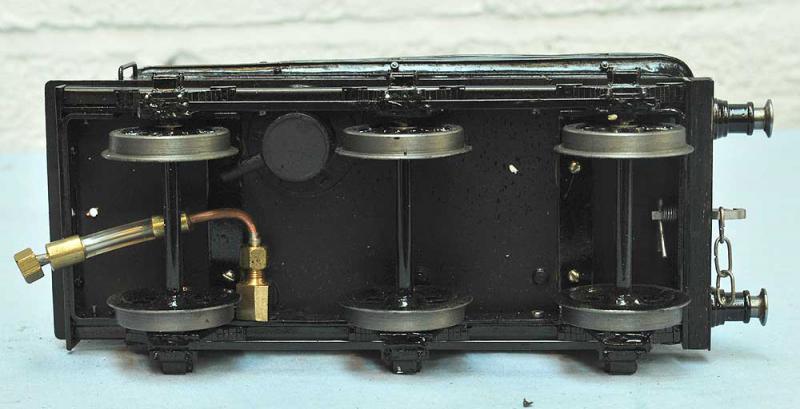 This is spirit-fired gauge 1 model, single cylinder with slip eccentric valve gear, displacement lubricator mounted in the cab and centre flue copper boiler fed by a hand pump in the tender. Built as one of a batch of three locomotives by a professional machinist with many engines to his credit (including a super 3 inch Burrell I had in some years ago), it is new and unused having only been run on air. It is well-engineered and nicely detailed, turned out in handpainted and lined LNWR Blackberry livery.