Topics: Railway building.
I have been up to friend Martin's a couple of times recently - once with Mrs P and again on a whistle-stop visit with Sam, so he didn't get any meaningful work out of me (as in pick and shovel type) but we did have a steam-up on both occasions. Having had my six months of gloating whilst I was ahead of him in the railway construction department, the tables are now well and truly turned - he is powering ahead, with 100 yards of track down and ballasted and a very fine slate-roofed engine shed. 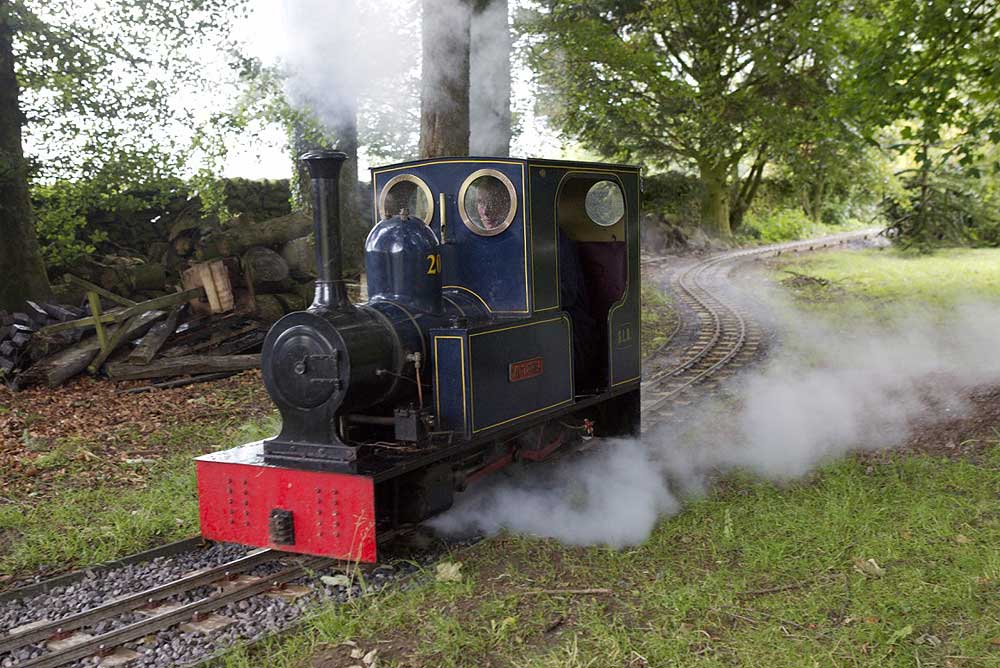 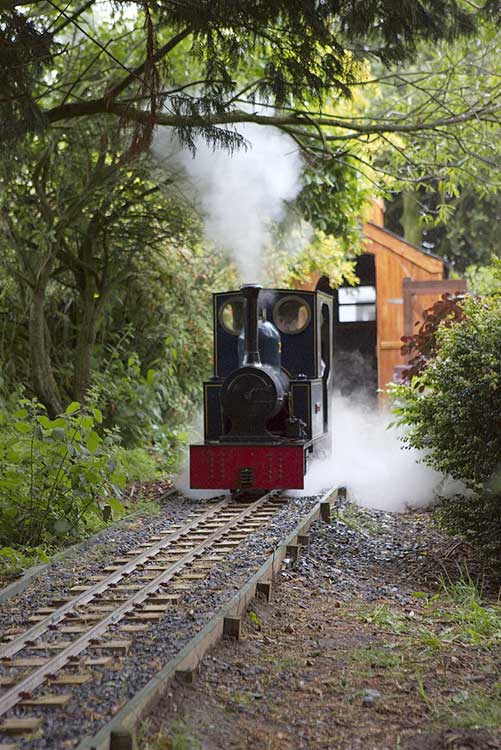 Ten months after first cutting earth, the railway is rapidly looking as if it has been there for years. It was a damp morning and that, combined with one missing draincock and a leaking injector clack, account for the clouds of steam. 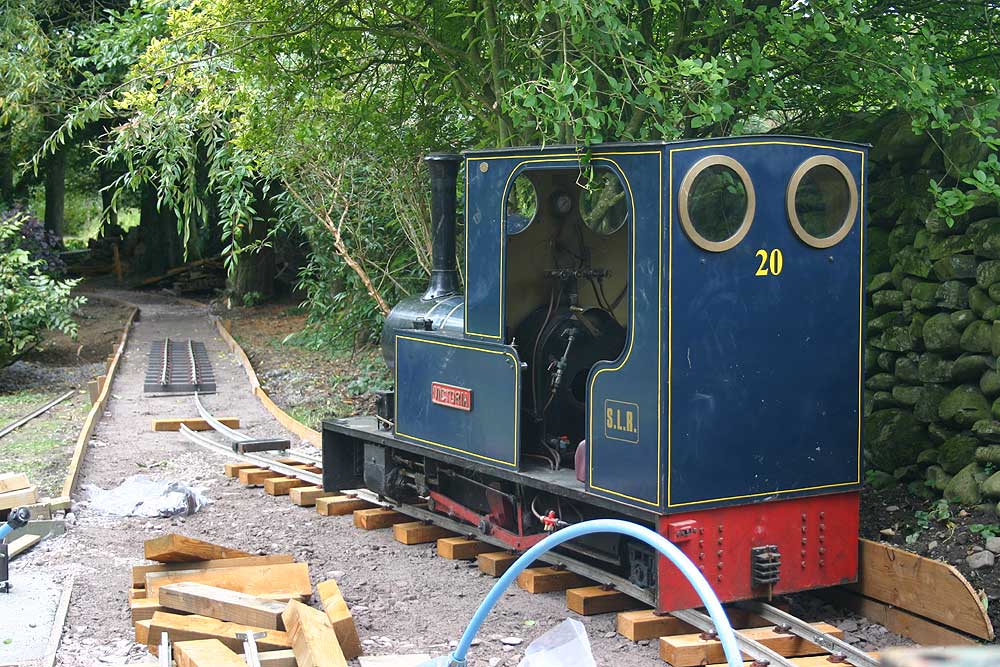 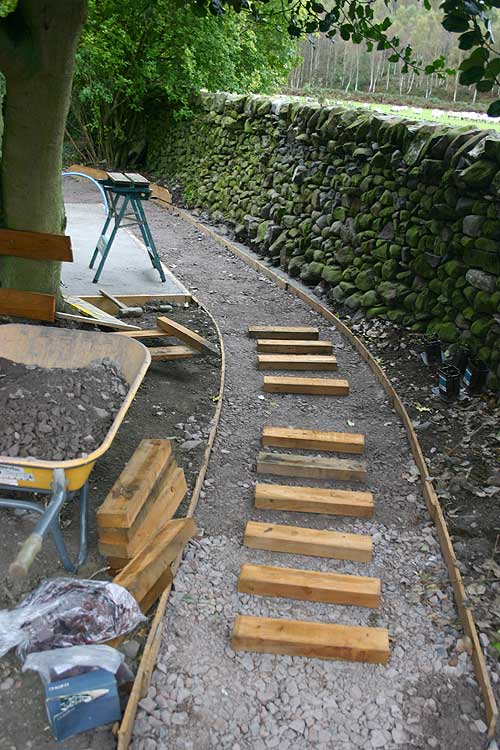 Driving on the railway last week, it was difficult to imagine that this time last year the whole thing was still in the planning stage. I went up for a week in September last year after a man with a mini digger had taken out the basic trench, Martin and I spent the time putting in gravel board edgings and levelling the base - I haven't had so many blisters in years. After I came home he made fast progress getting track panels made up and laid, using aluminium rail fastened to wooden sleepers using the estimable Mr Norman's excellent track clips. 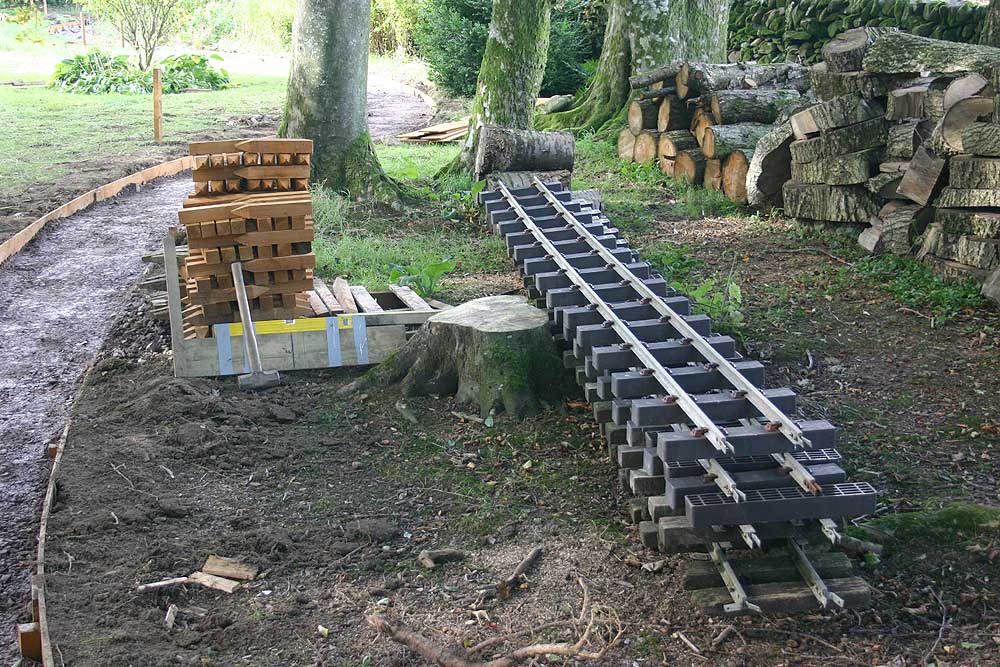 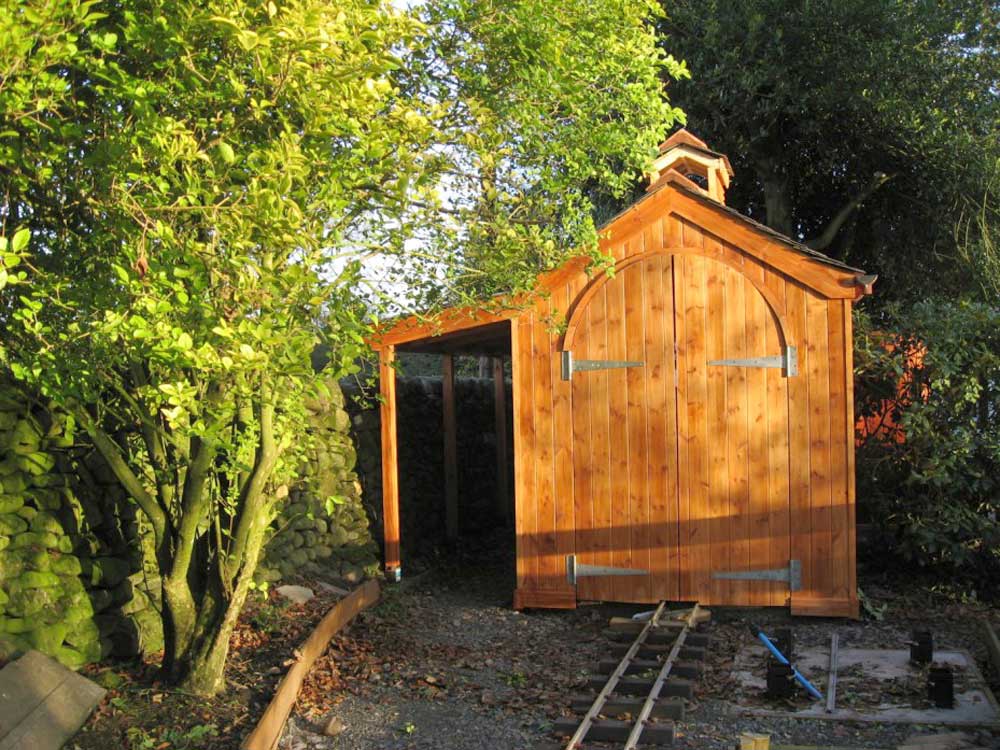 Less than a year later, it's hard to imagine that the line hasn't always been there. I'm looking forward to seeing it grow over the next few years, he's got four acres to go at with plans to put in a thirty foot span bridge over a river that runs through his woods.