Sold August 2006 Back to Archive 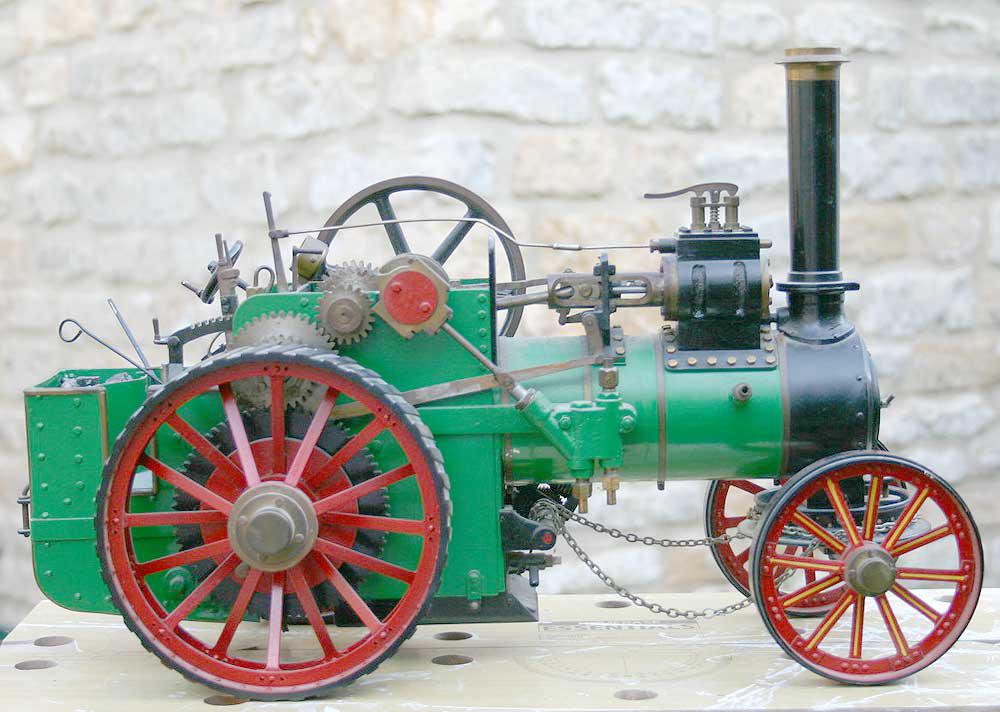 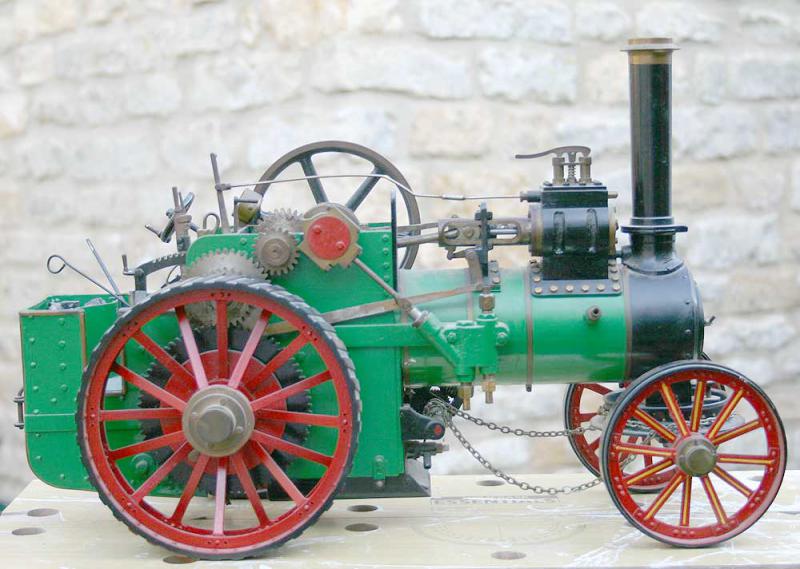 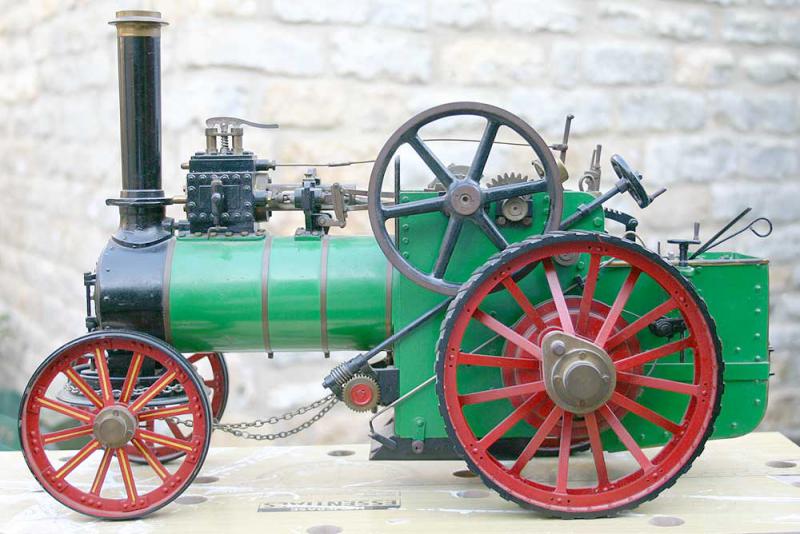 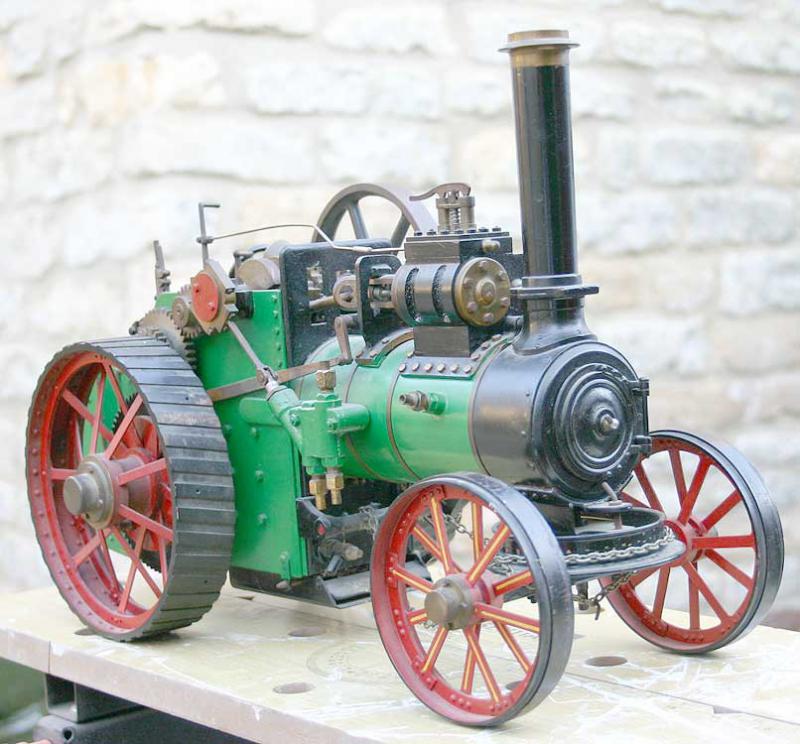 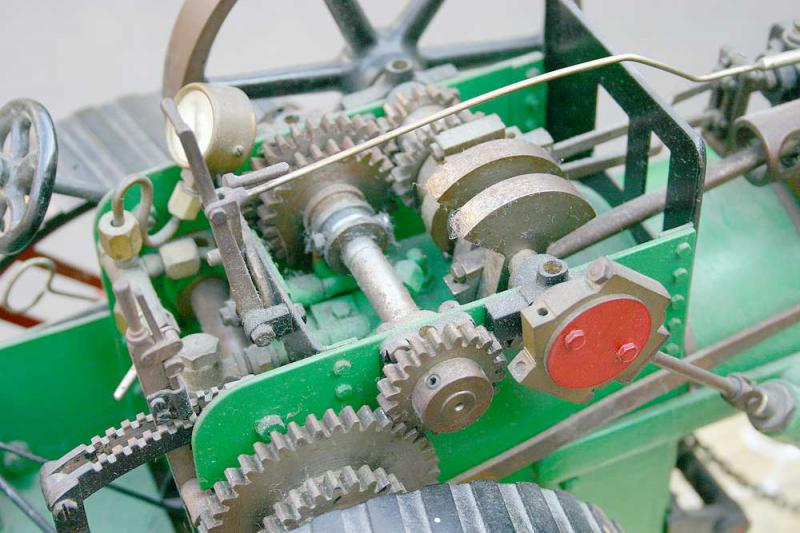 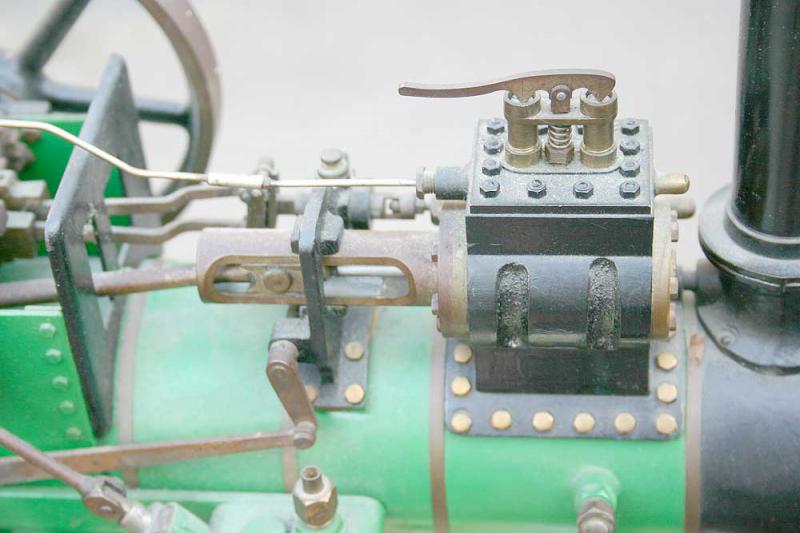 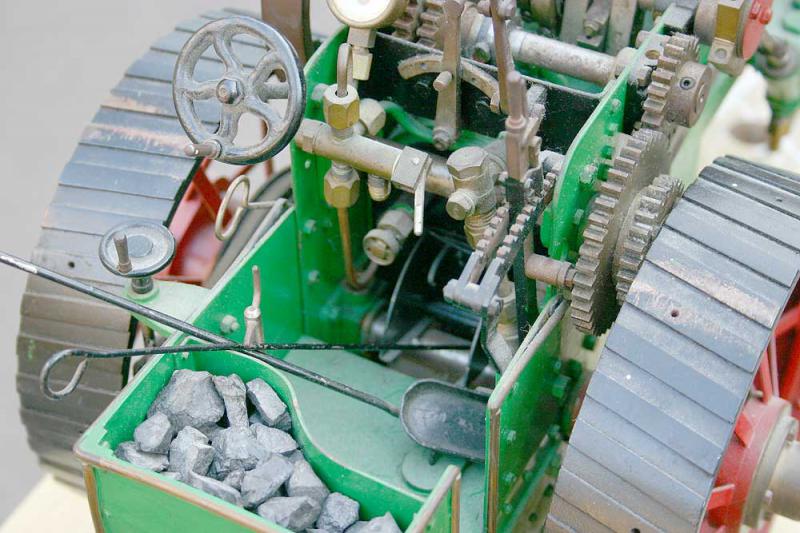 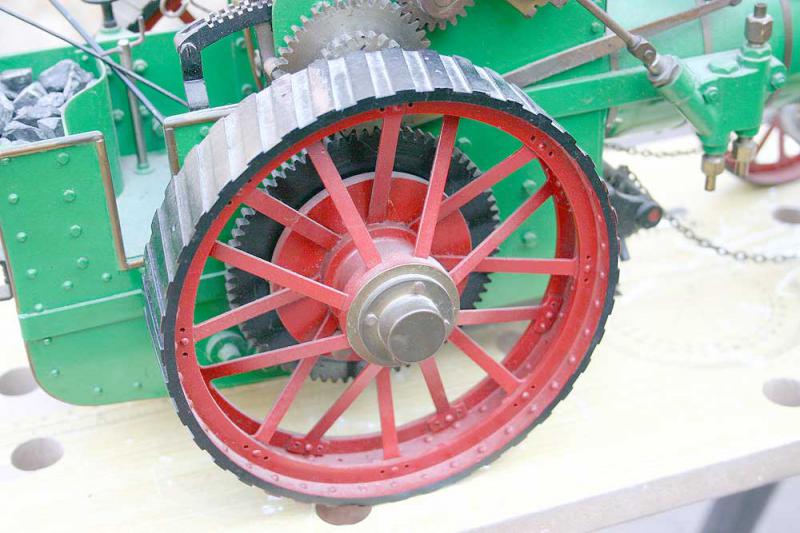 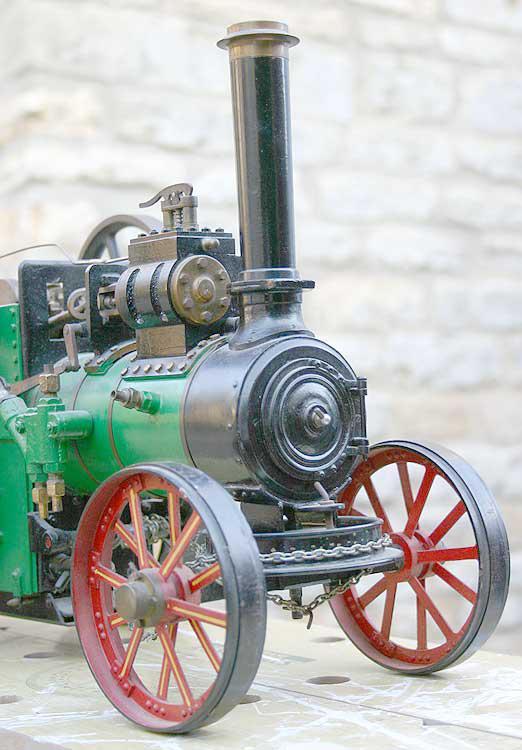 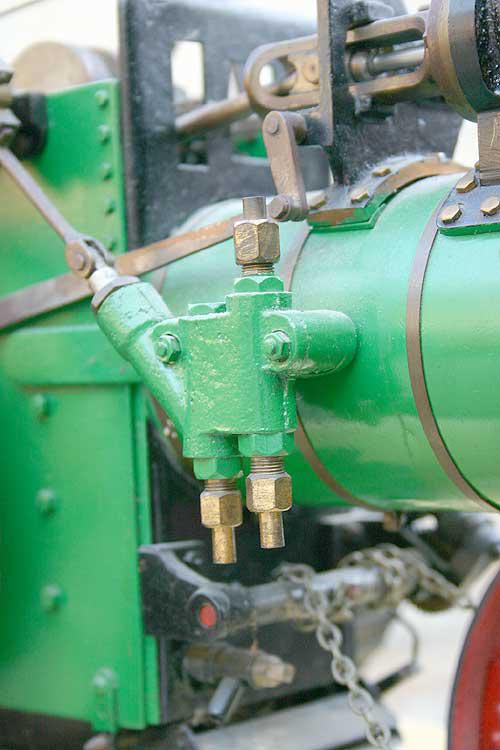 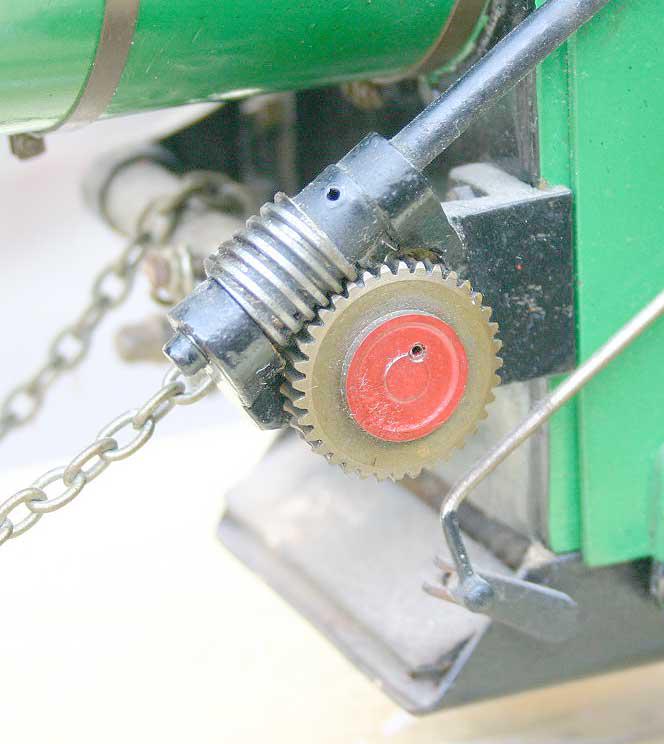 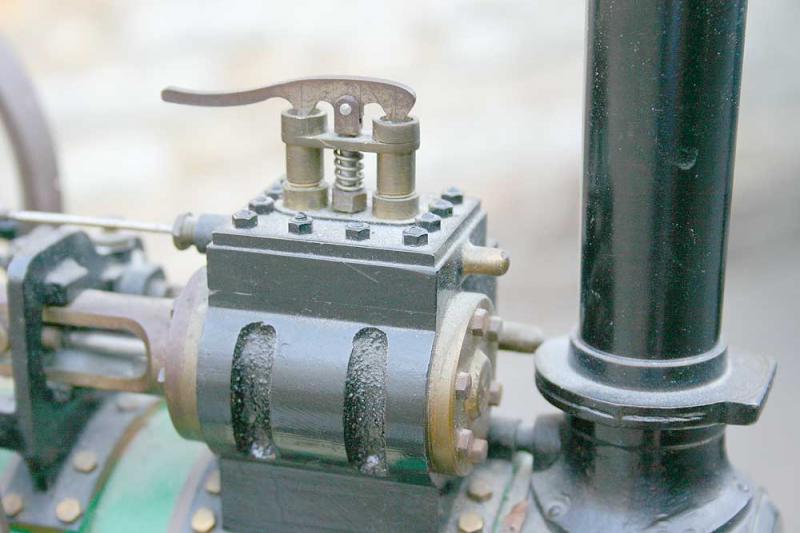 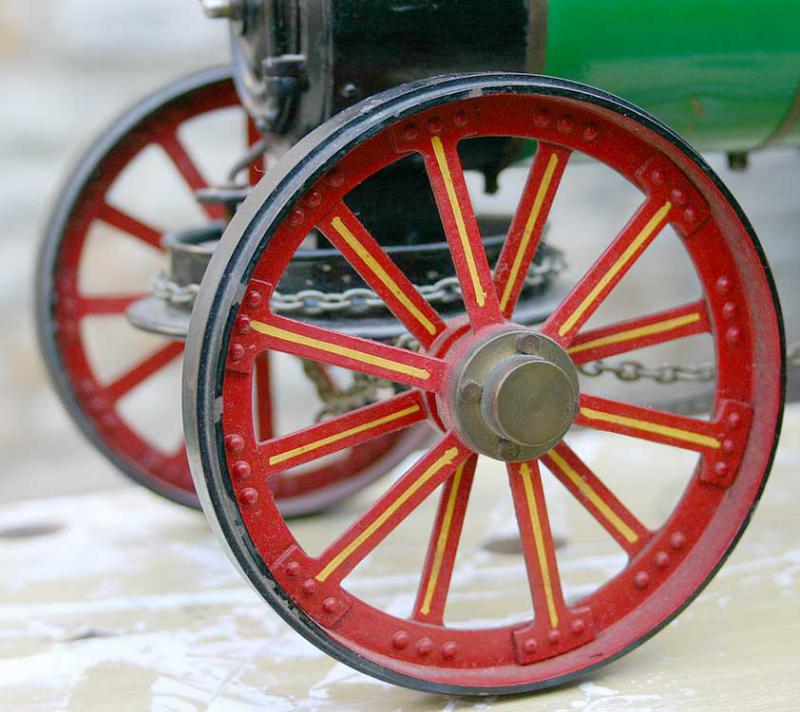 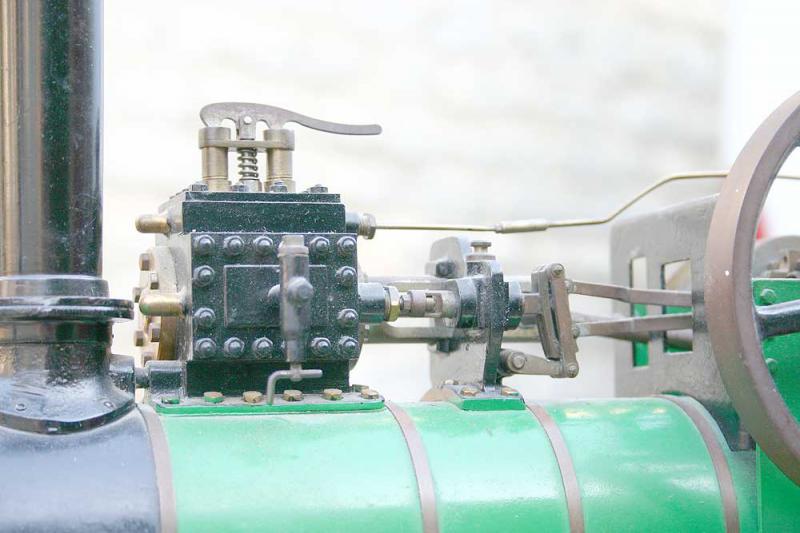 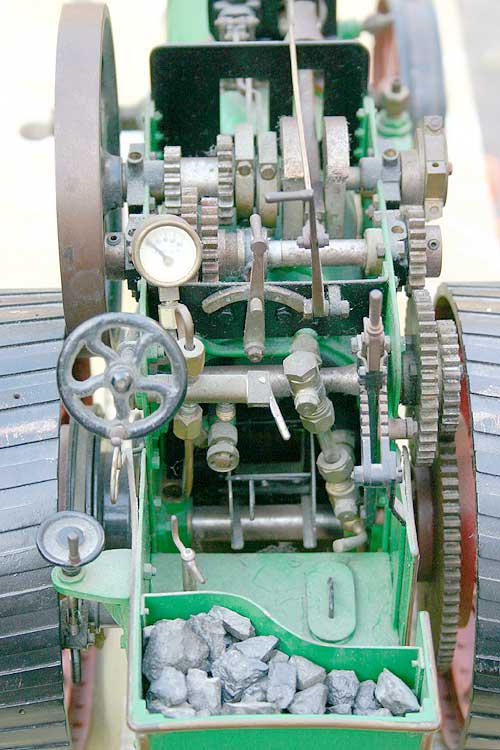 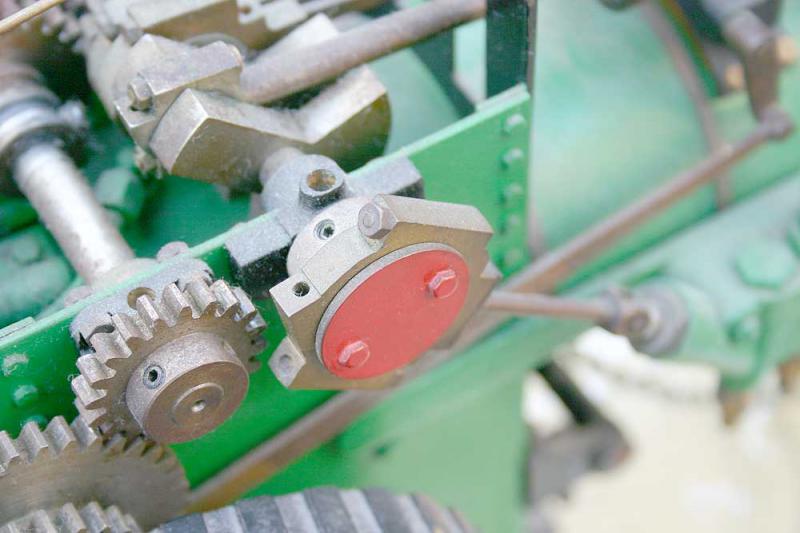 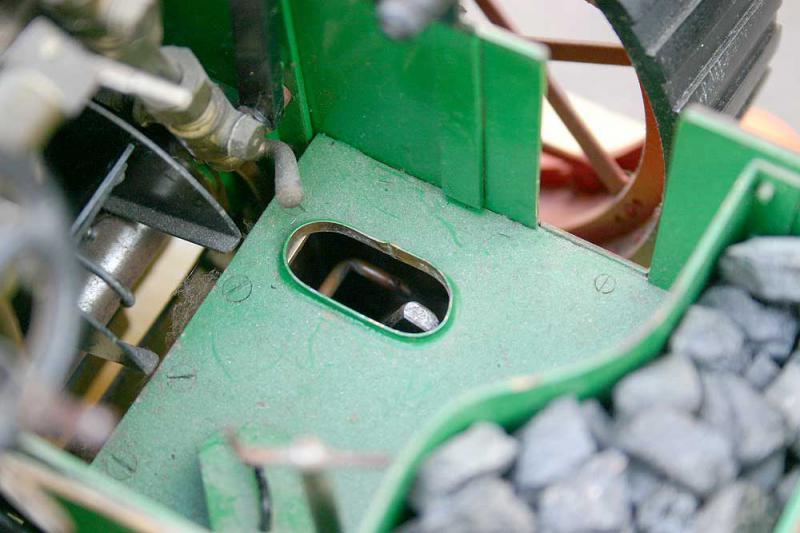 Rather a rare engine, this is a 1 inch scale model of a 7nhp Davey Paxman agricultural traction engine to Henry Greenly's design, serialised in "Model Engineer". A handsome engine, Davey Paxman had also been responsible for building several of Greenly's designs for the Romney, Hythe and Dymchurch Railway in the 1920s - I suspect a factor in his choice of model.

This engine was built many years ago to a high standard - the machining work is good throughout. It has been run on air in the past, but never steamed. The water pump has not been plumbed up and the steering chains appear to have had small fingers around them in the past and need a little fettling (if only to get the steering to work in the conventional direction when the wheel is turned).