As I've said many times before, meeting different people and seeing their workshops is one of the great benefits of this job. I've learned a huge amount in all sorts of places over the years and always feel somewhat humbled at how free with time and expertise some people are.

I was visiting a customer before Christmas to collect a traction engine. We had exchanged emails in the course of which he had sent me some photographs of the engine - the quality of the pictures was "colour supplement quality" beside my amateur "seaside snaps" of engines. As I was visiting anyway, I had asked to see his setup and, if posible, glean a little information on how to take better pictures.

On arriving we decamped to his workshop with a cup of coffee. Small, but well lit, warm and immaculately tidy - a Myford Super 7 lathe occupied one wall with a small vertical mill in the corner, at the far end stood a Drummond lathe which appeared in as-new condition. However, the thing that really drew the eye were a pair of miniature lathes, perfect six inch long copies of a Myford ML7 and the Drummond. 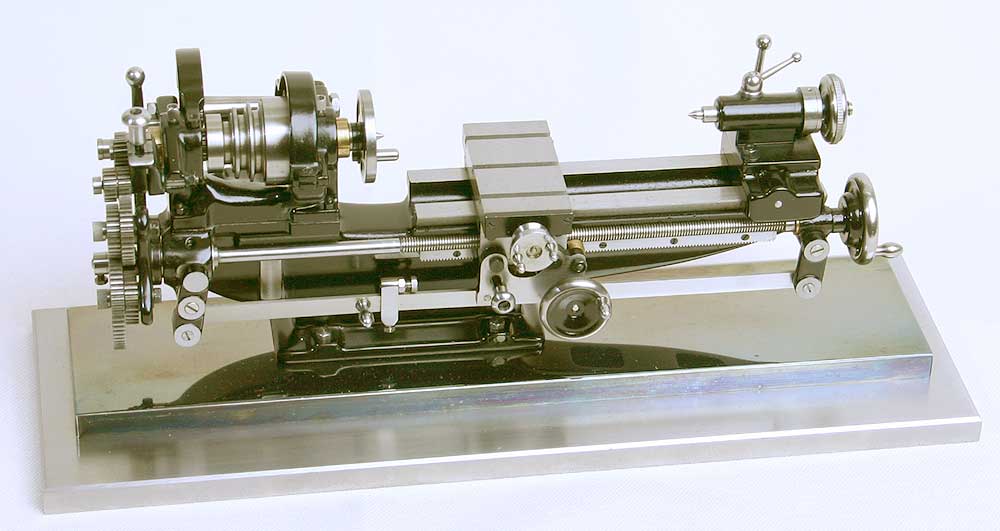 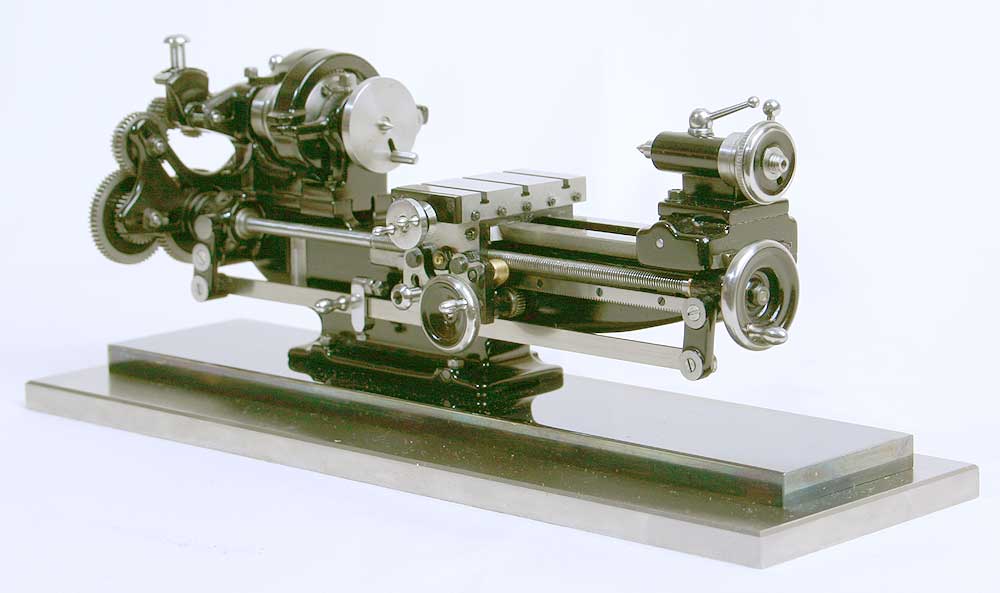 The Myford had been built first, then the full sized Drummond restored simply to provide a speciment to model! The pictures (taken by me, not the builder I hasten to add - they don't come close to his quality) show just what fabulous little jewels they are. It goes without saying that everything works, the handwheels move the saddle, all the bits that should turn do. 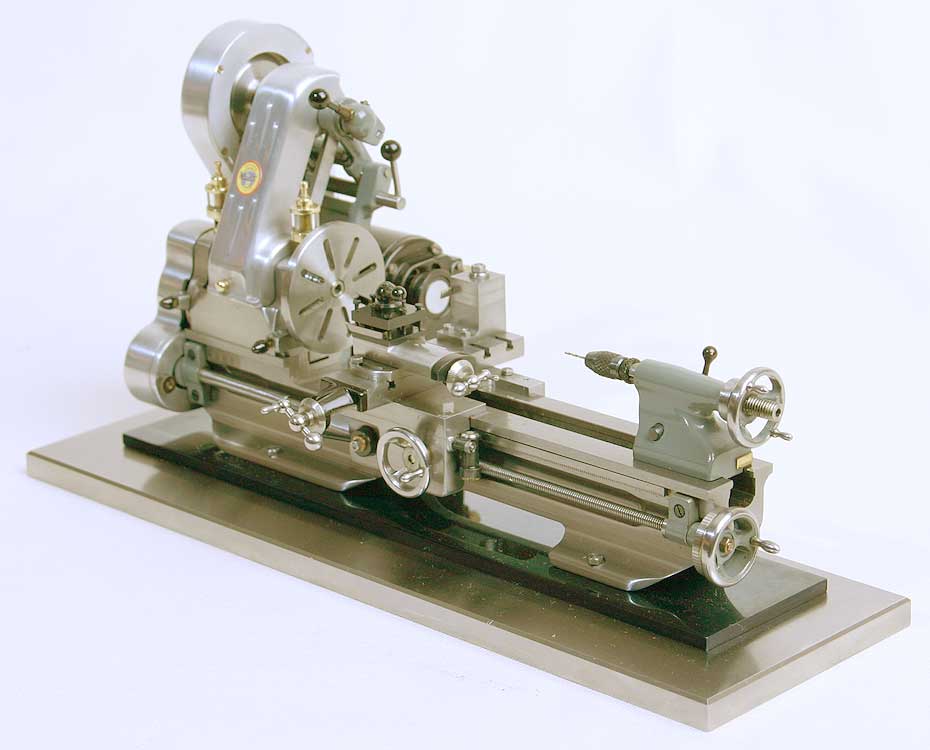 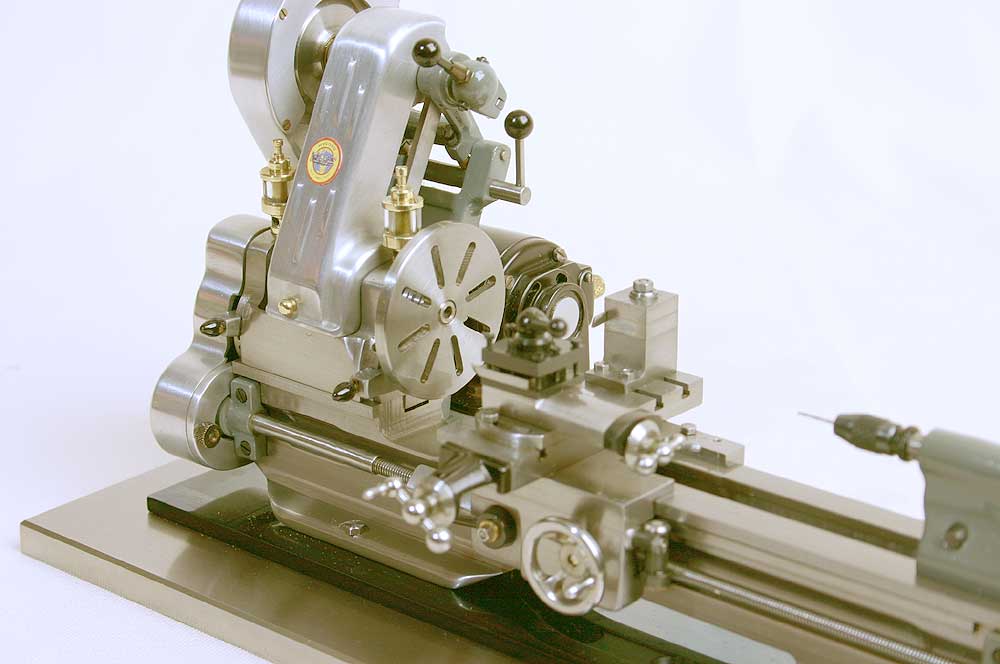 As you might imagine, he approached his photography with the same expert hand - over a few hours I learned more about taking pictures than I had in the last forty years. If any of it sinks in, in theory at least, the pictures on the website should improve. 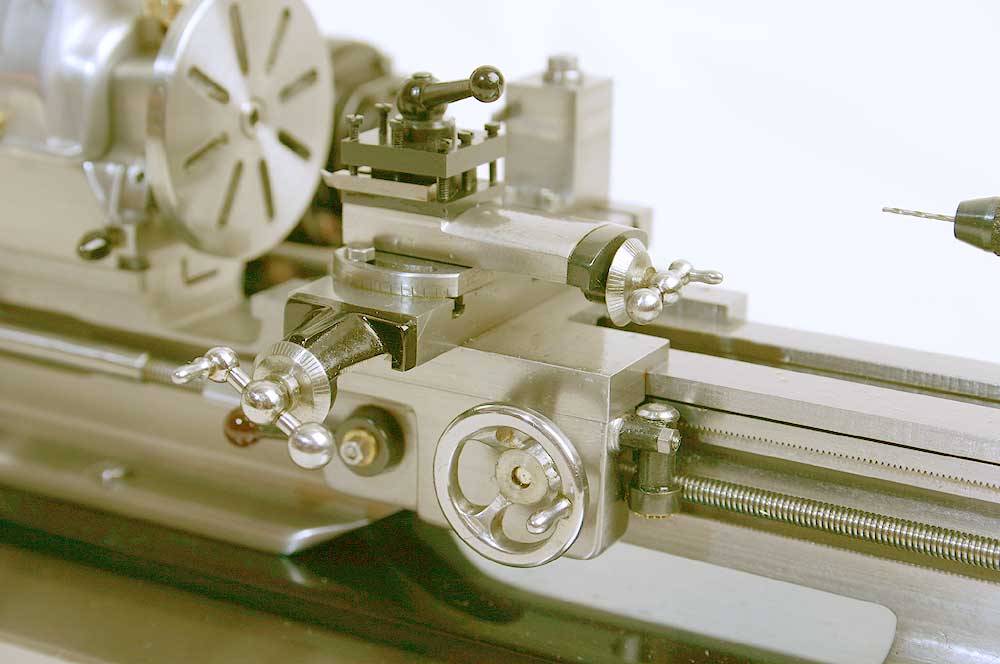