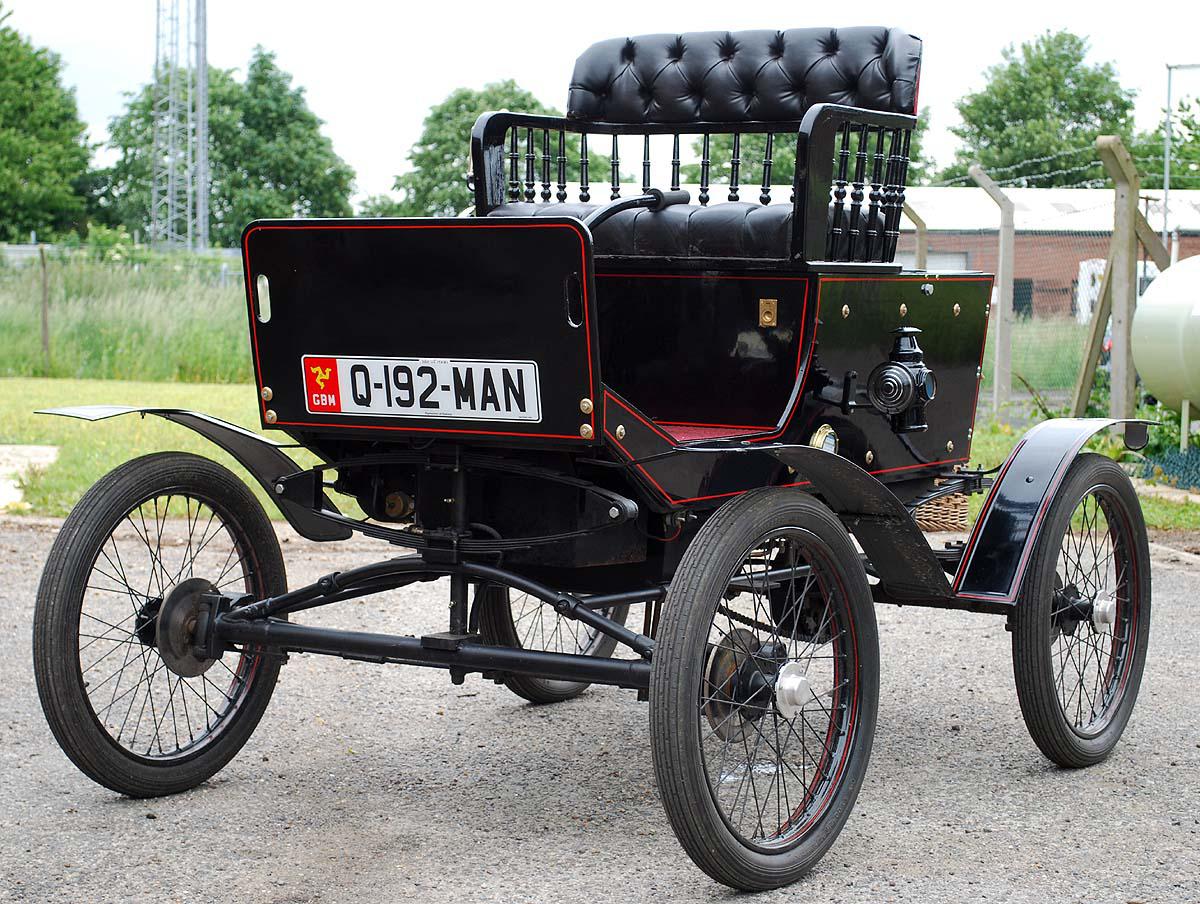 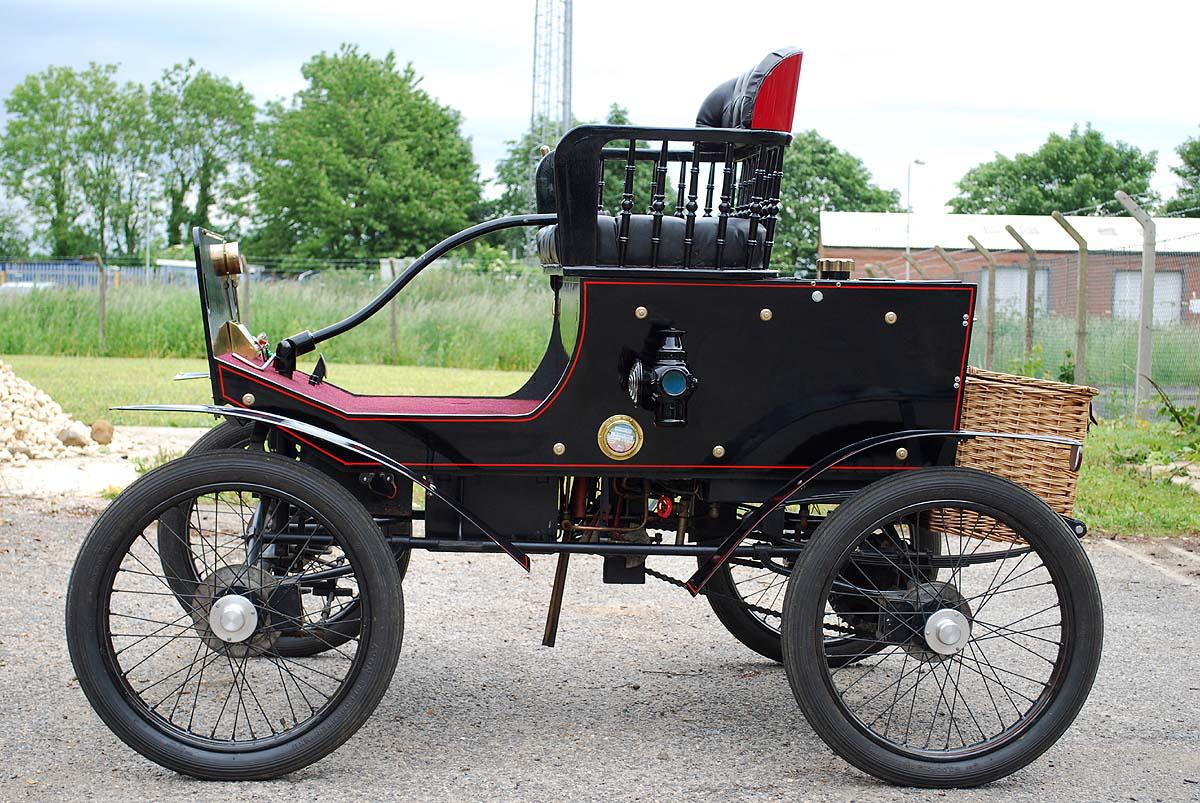 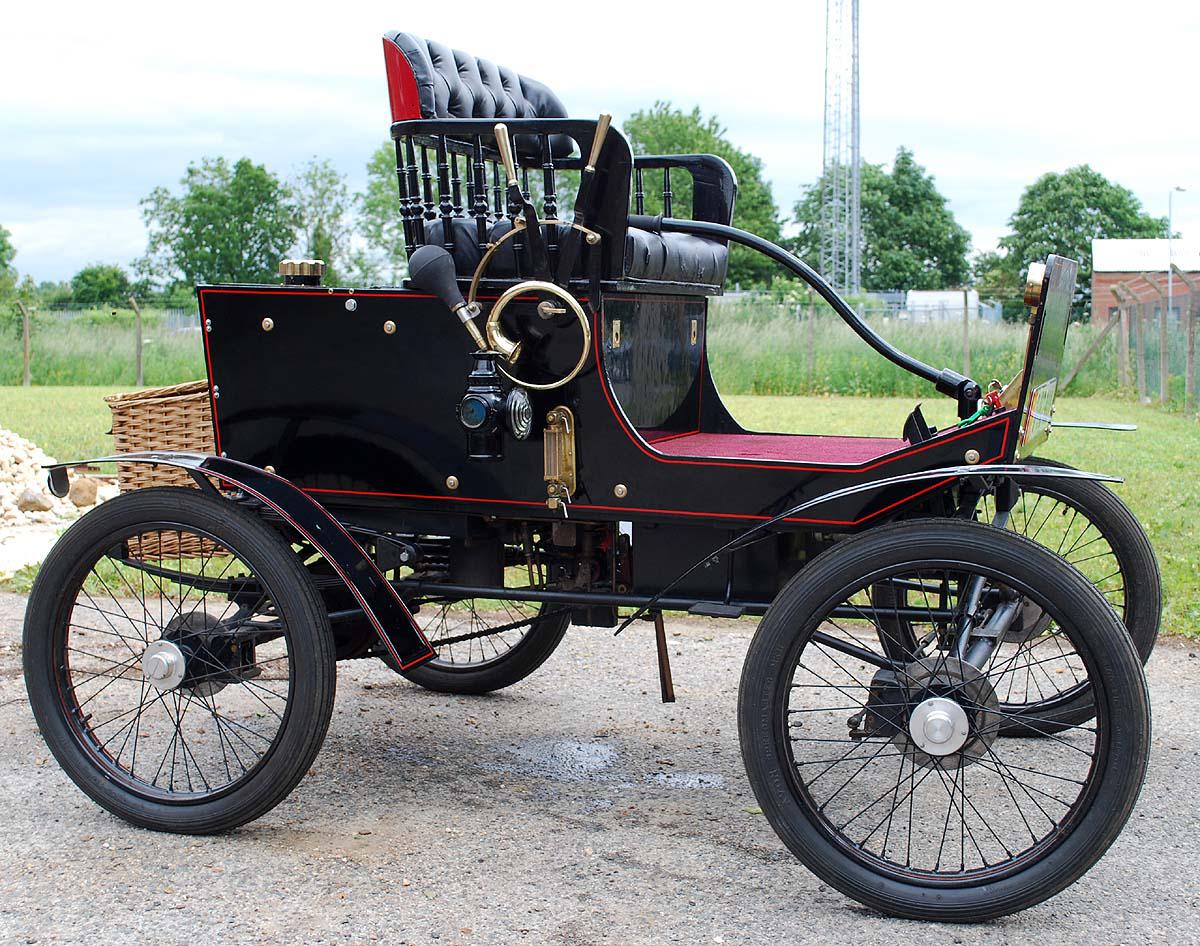 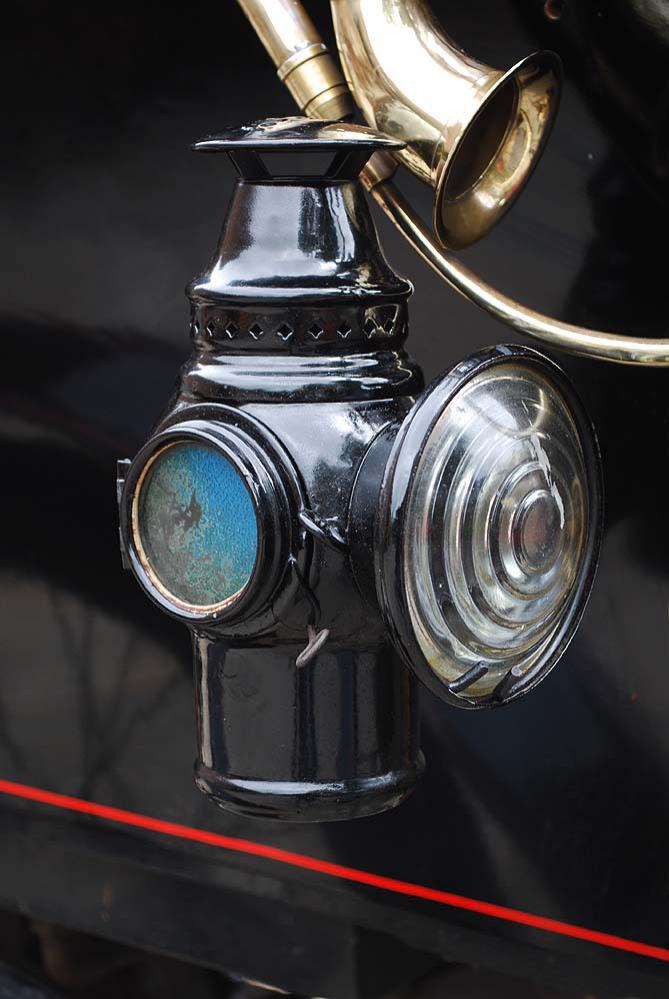 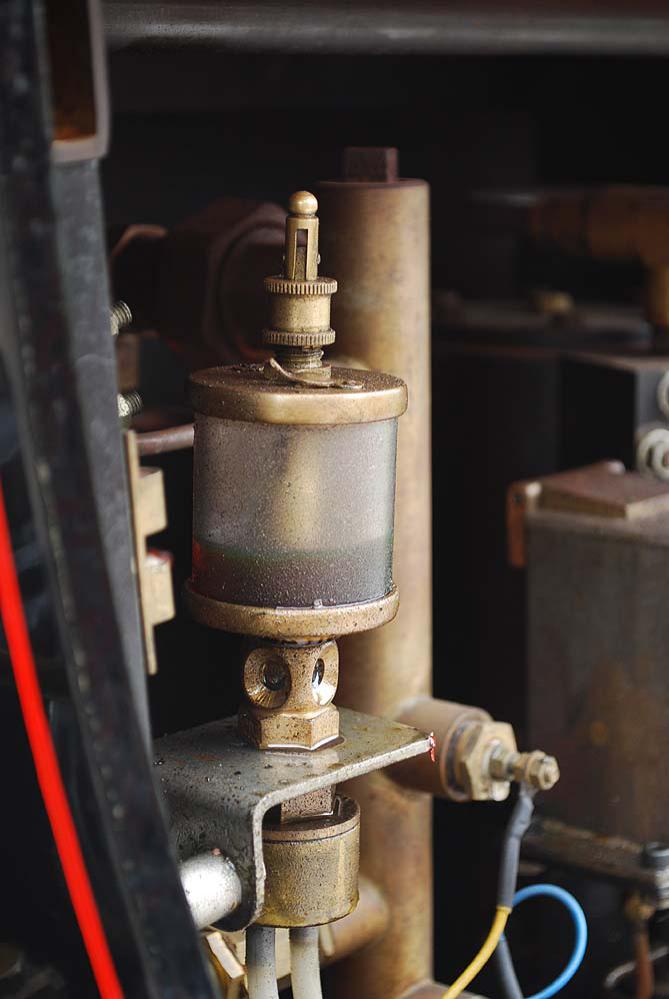 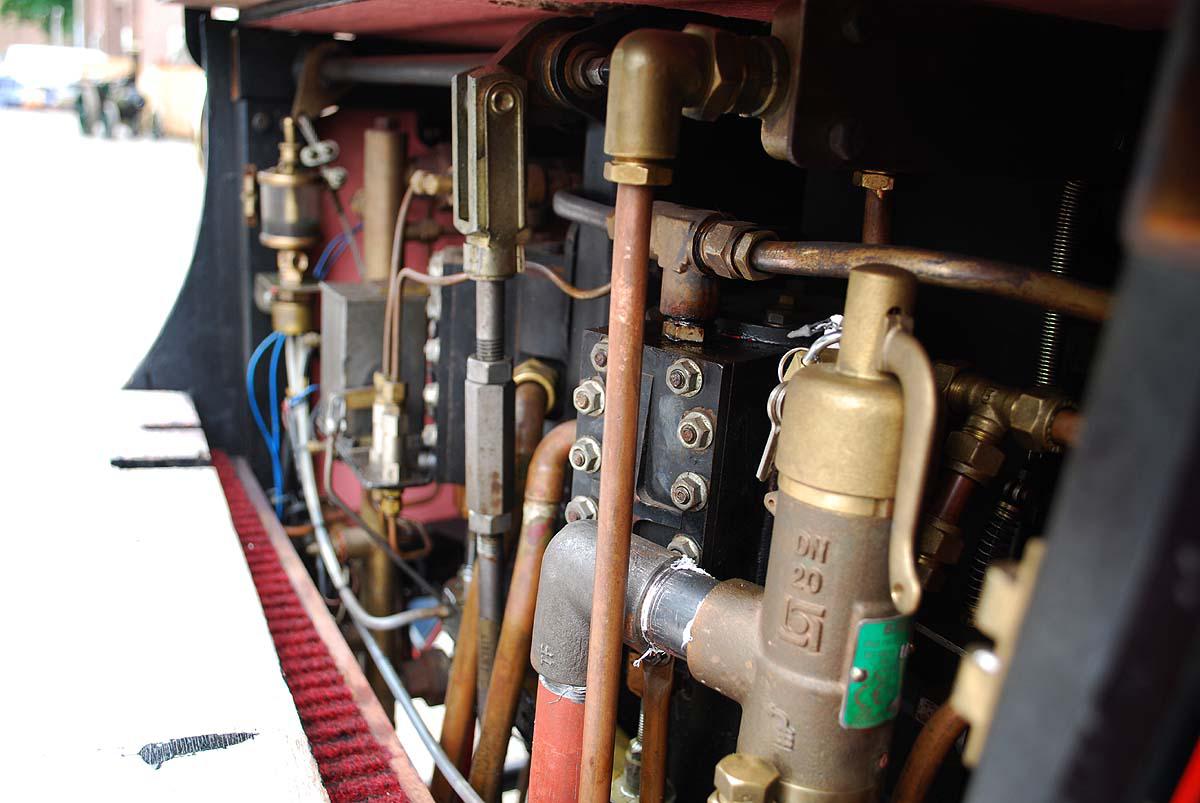 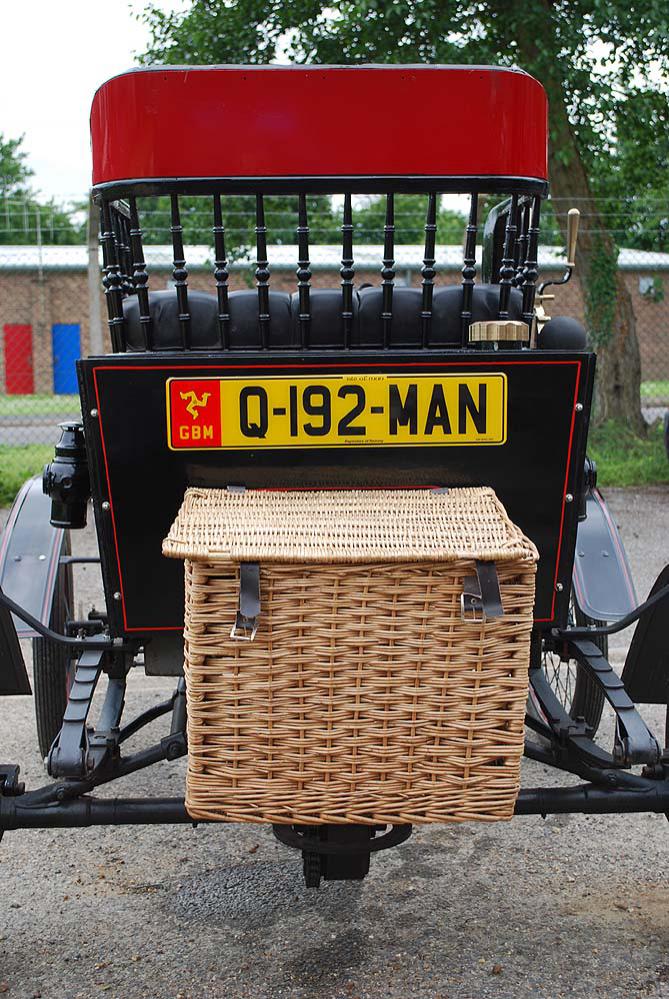 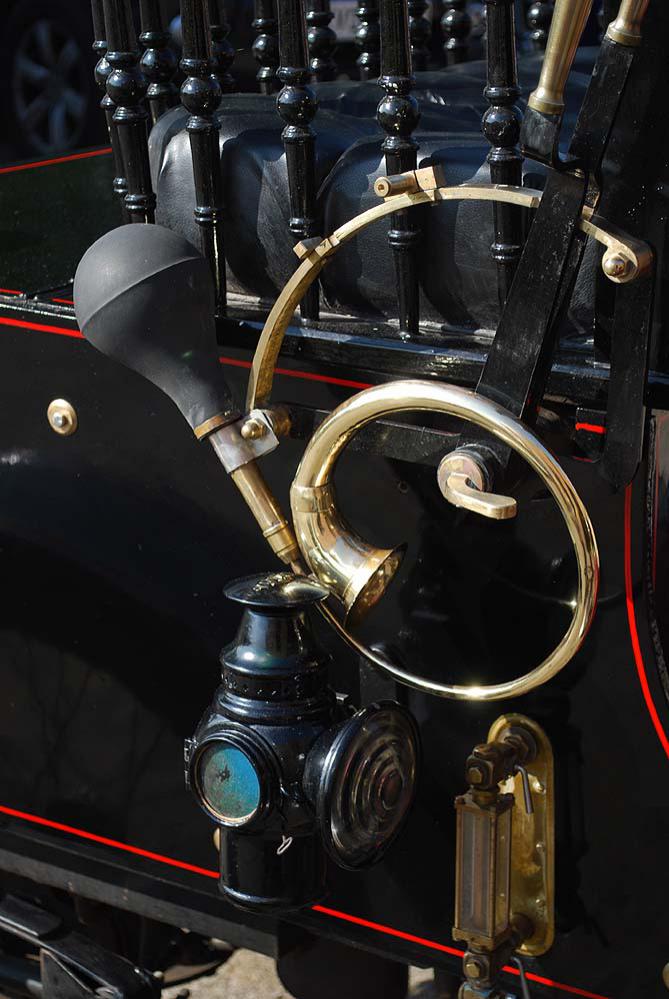 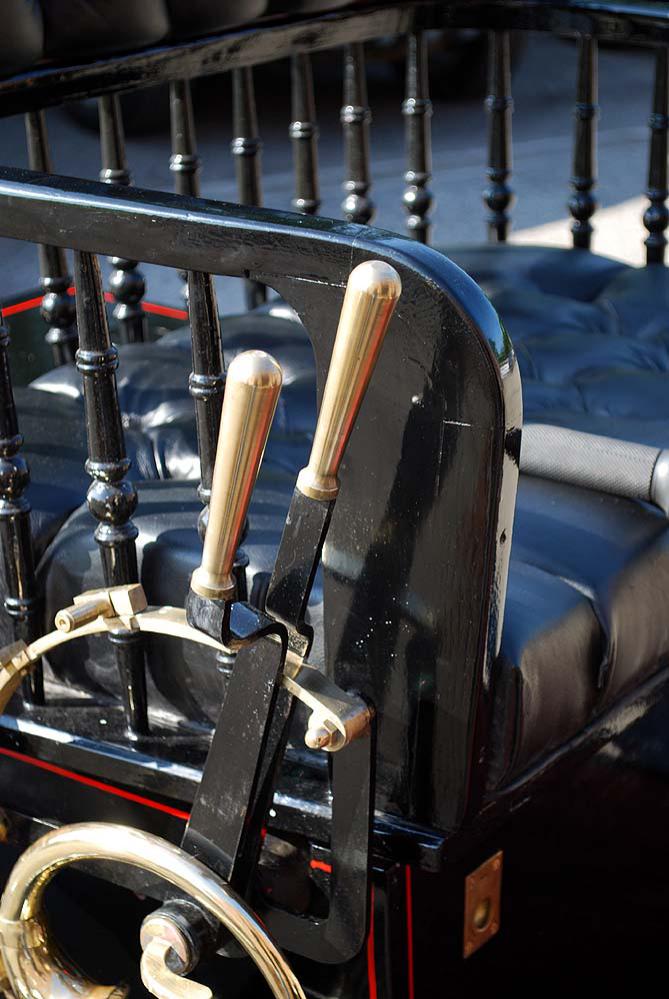 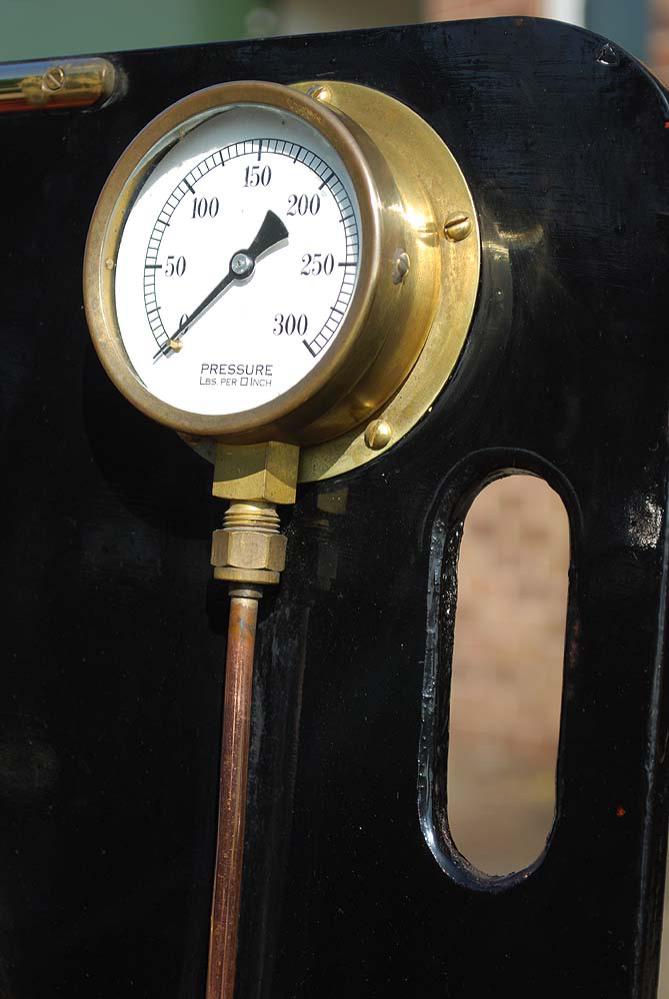 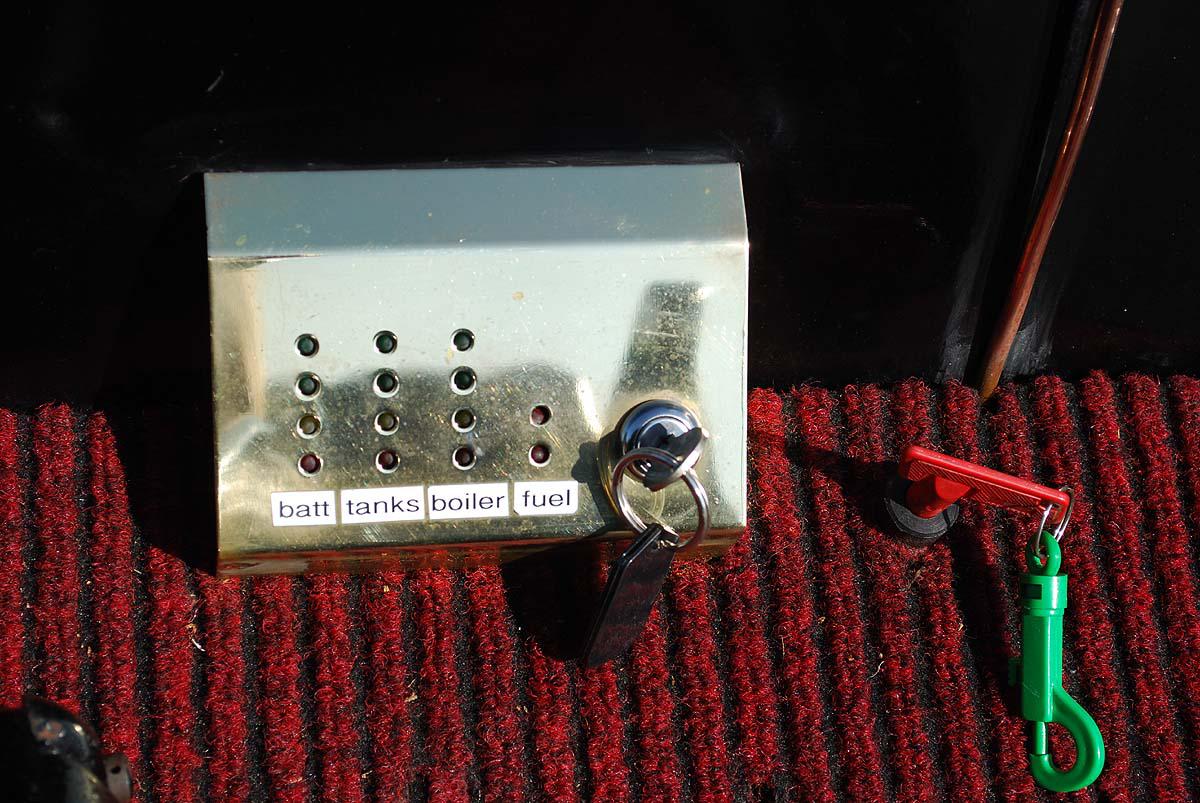 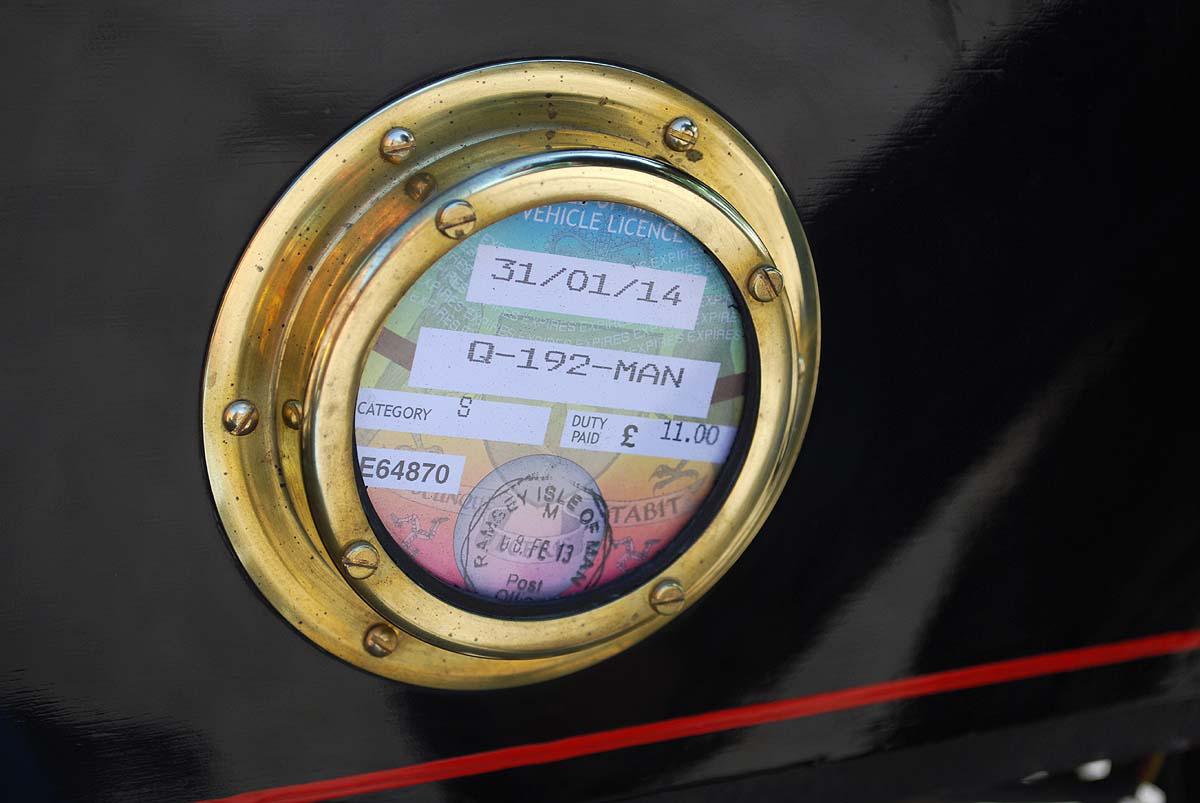 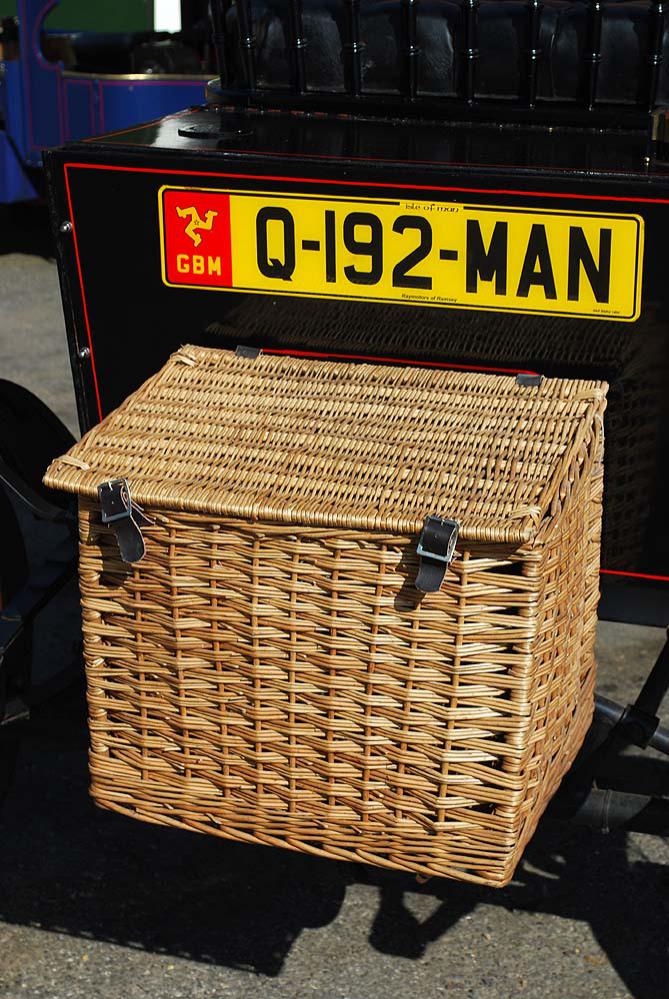 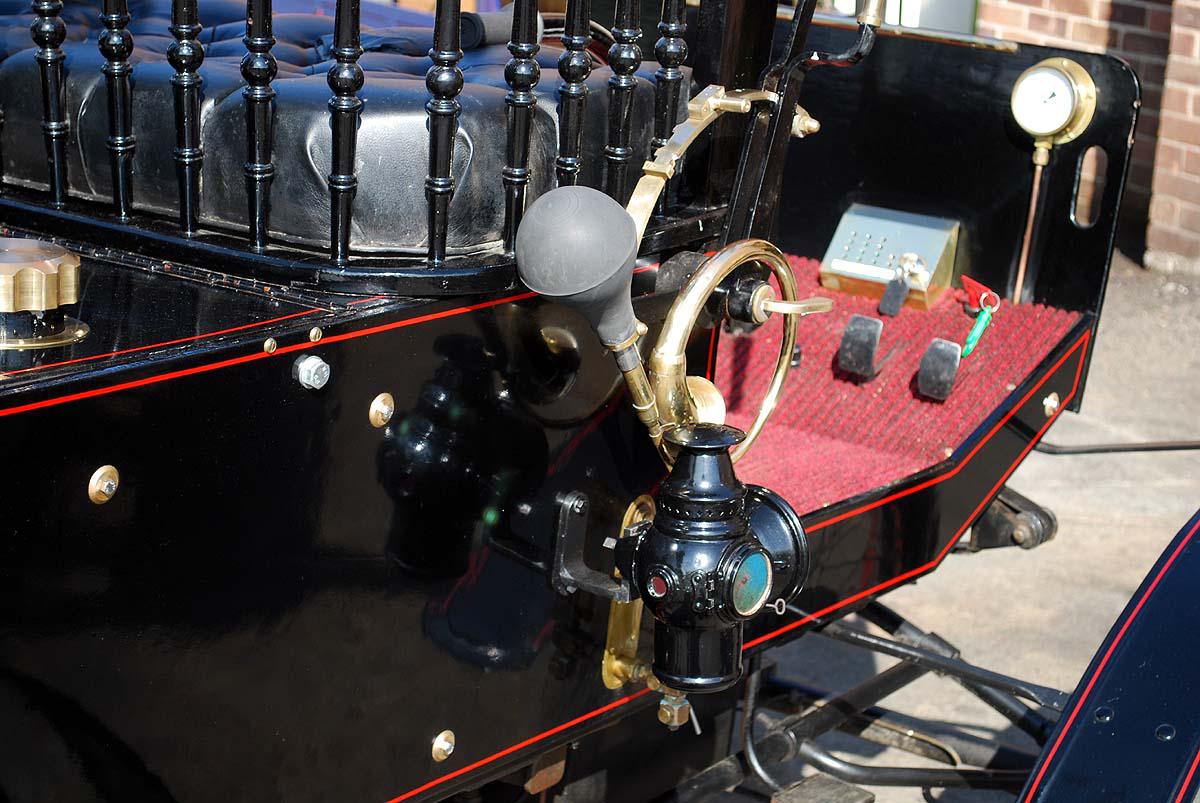 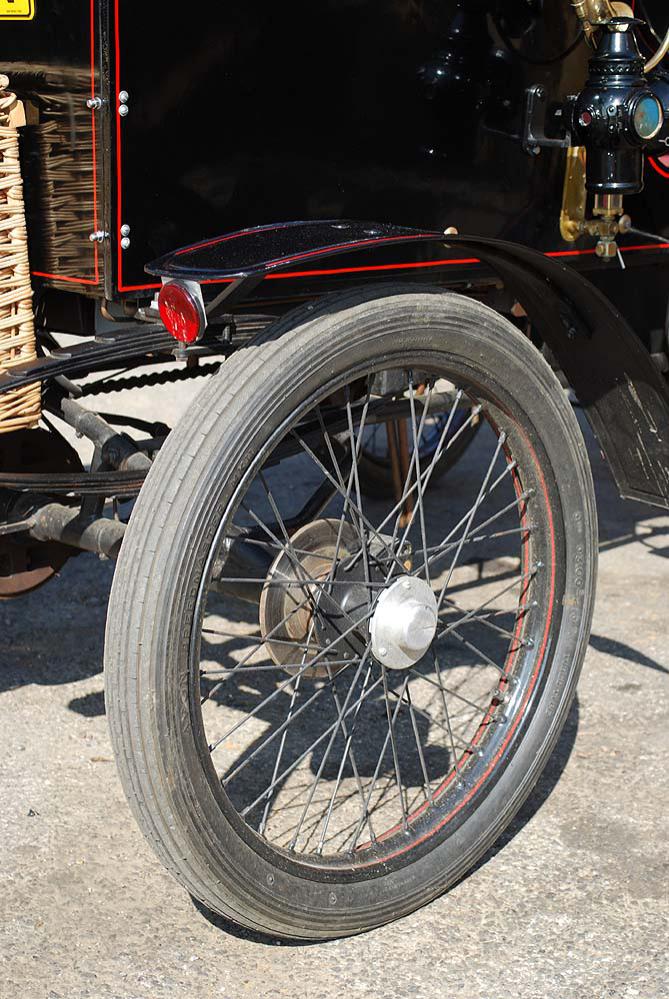 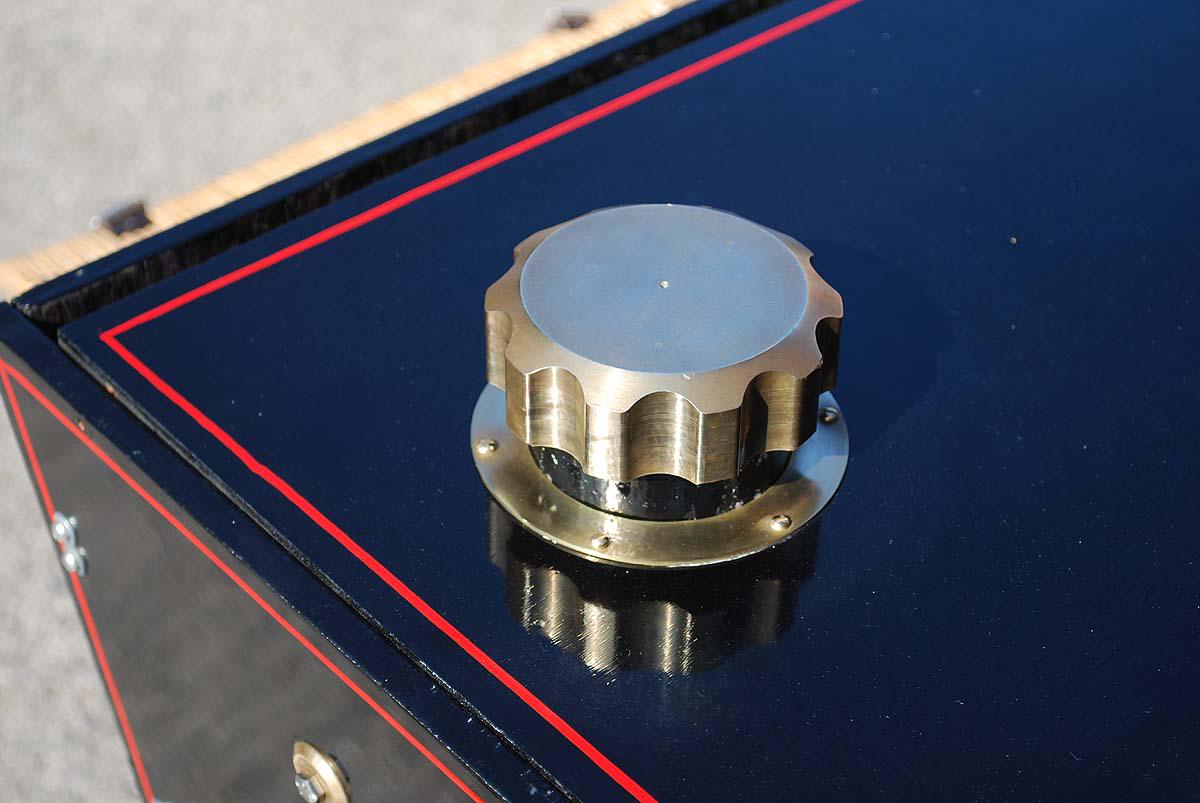 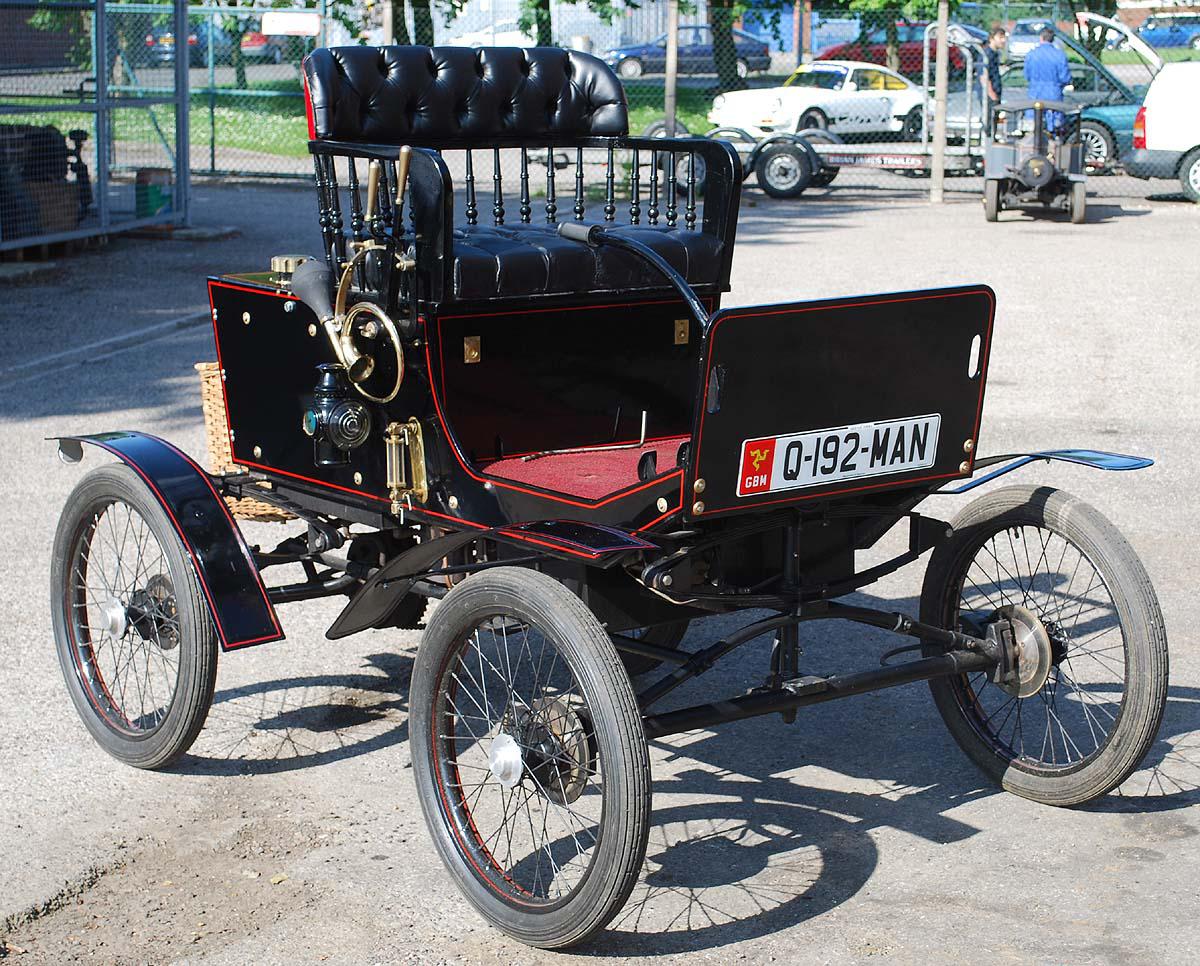 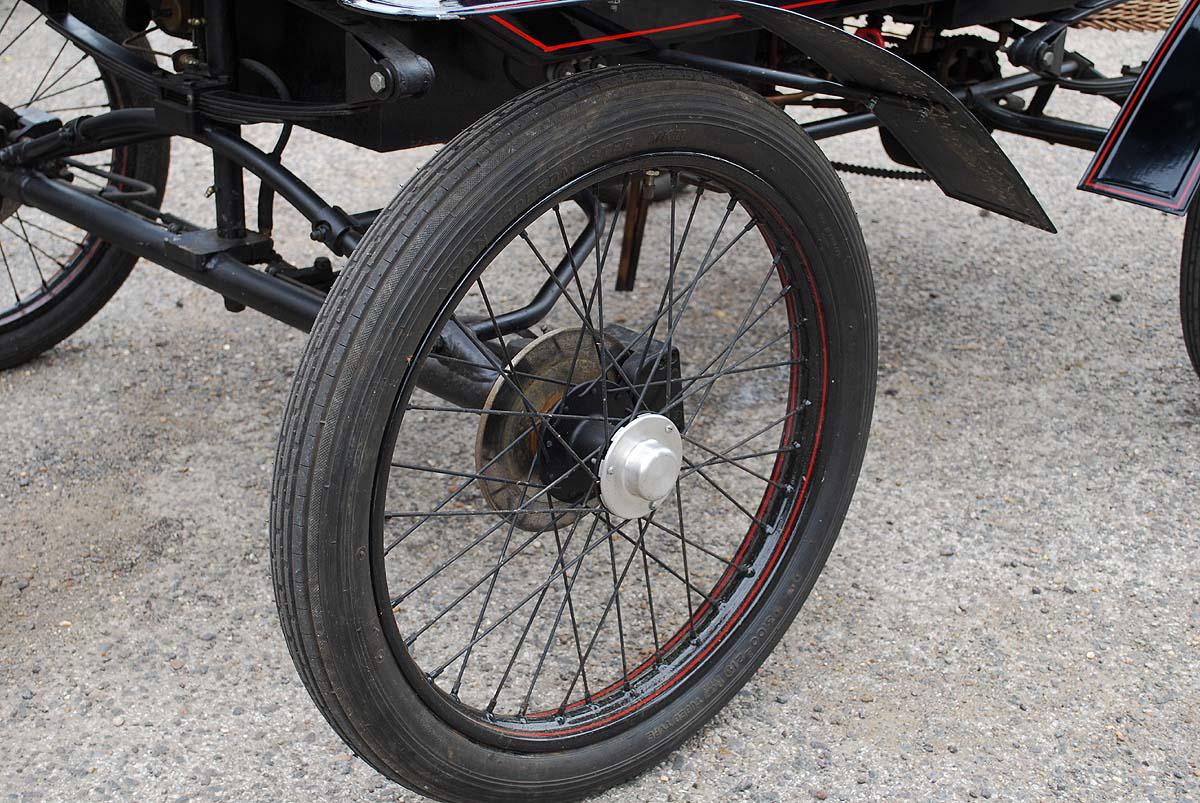 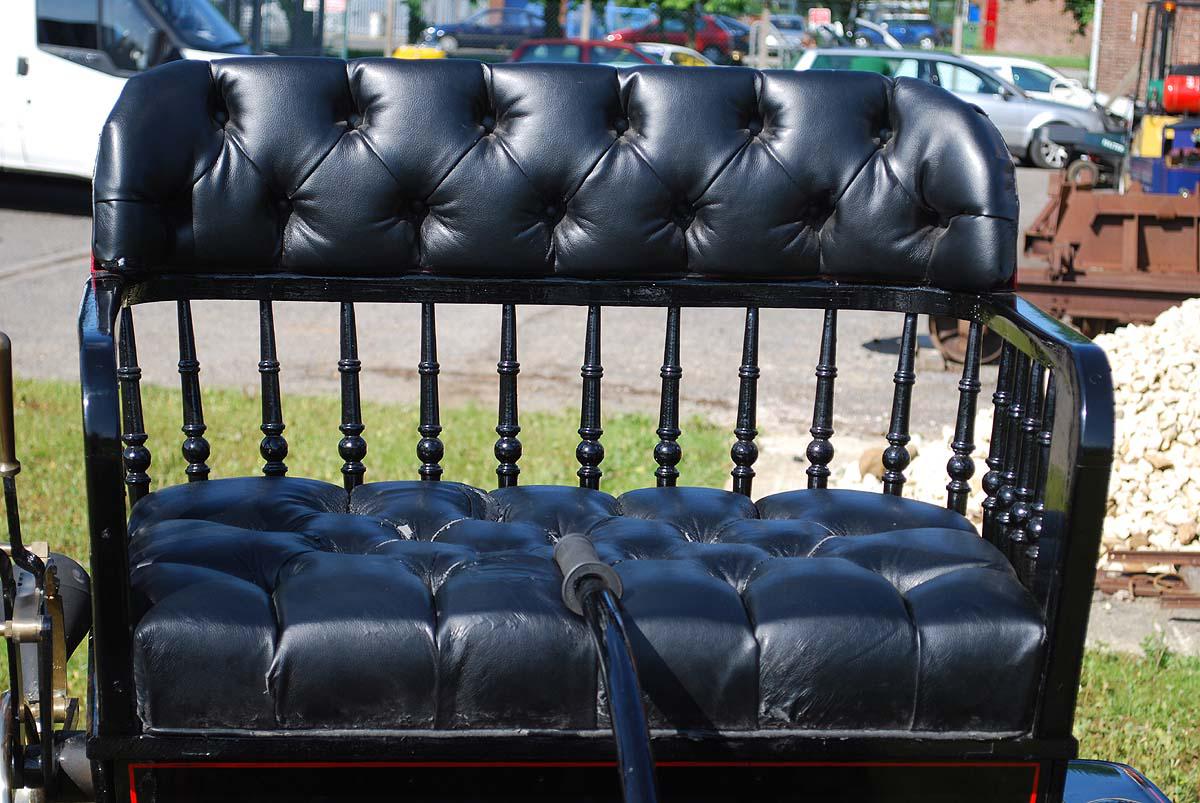 We last had this car in 2013, since then it's been with a customer down in the West Country, a man more involved with railways than road steam with a magnificent 10 1/4 inch gauge estate railway. The car has only been used on a handful of occasions in the last three years, it recently came back when we delivered a locomotive to him. Words and pictures below are from when it was last here - it's in substantially the same condition.

We've had this one out several times over the last few weeks - running at 250psi it raises steam in under ten minutes. The previous owner has the burner re-jetted to run on diesel rather than heating oil - easier to get out on the open road, if twice the price. What the dirtier fuel does do is make the burner more susceptible to false triggers on the flame-out detector, which then requires the driver to jump down and push the rest button.

Goes well, we've replaced the original safety valve which had failed in the usual way with a commercial pop-type valve - burner cut-off pressure is set just below the safety valve, so you shouldn't get more than a light feathering out on the road, which avoids frightening the horses.

There's a clip of friend James racing up and down our road here - more a traction engine man himself (and owner of a 3 ton Wallis) he declared himself surprised at how much fun it was (that's what happens when a man with hundreds of miles on strakes under his feet discovers pneumatic tyres).