I recently bought the locomotives and stock of a commercial 7 1/4 inch gauge railway, there were several items in it that Sam and I thought would be useful for the railway at home. After an unbroken run of decent weather whilst waiting for it to arrive, on the day the lorry appeared, the heavens opened. 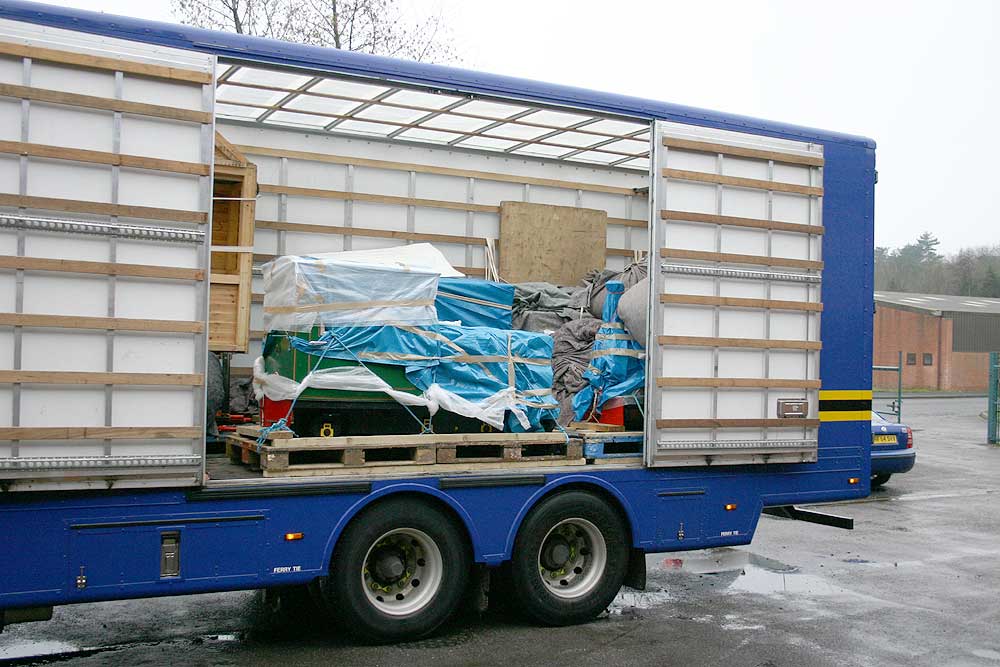 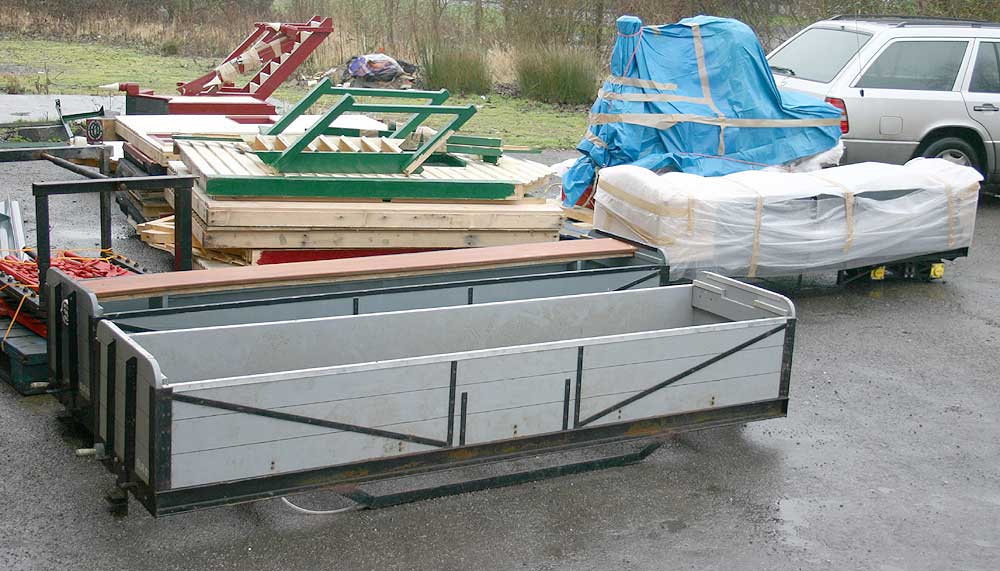 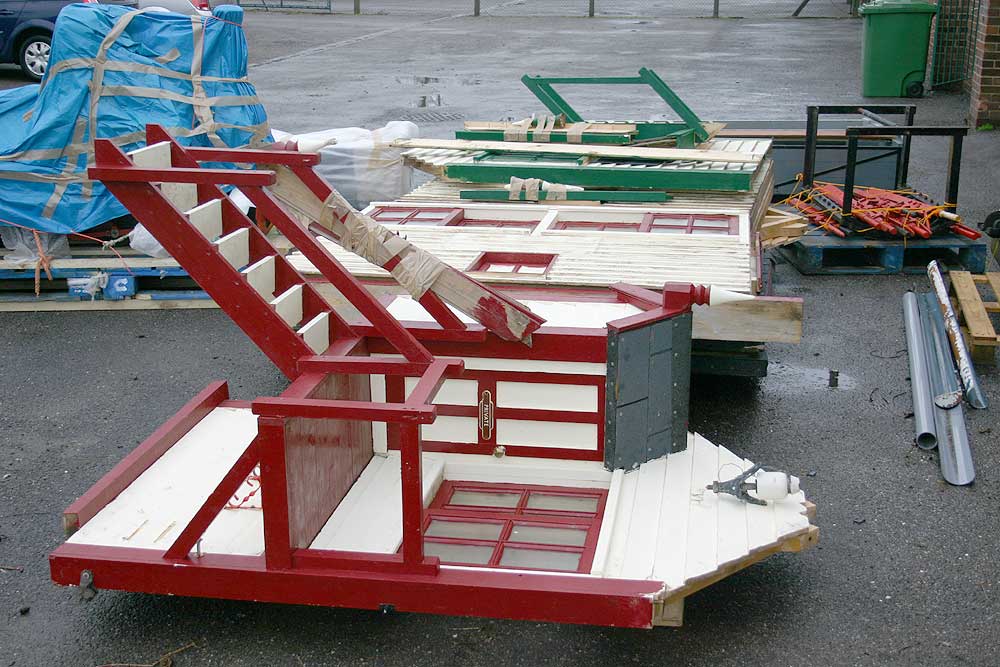 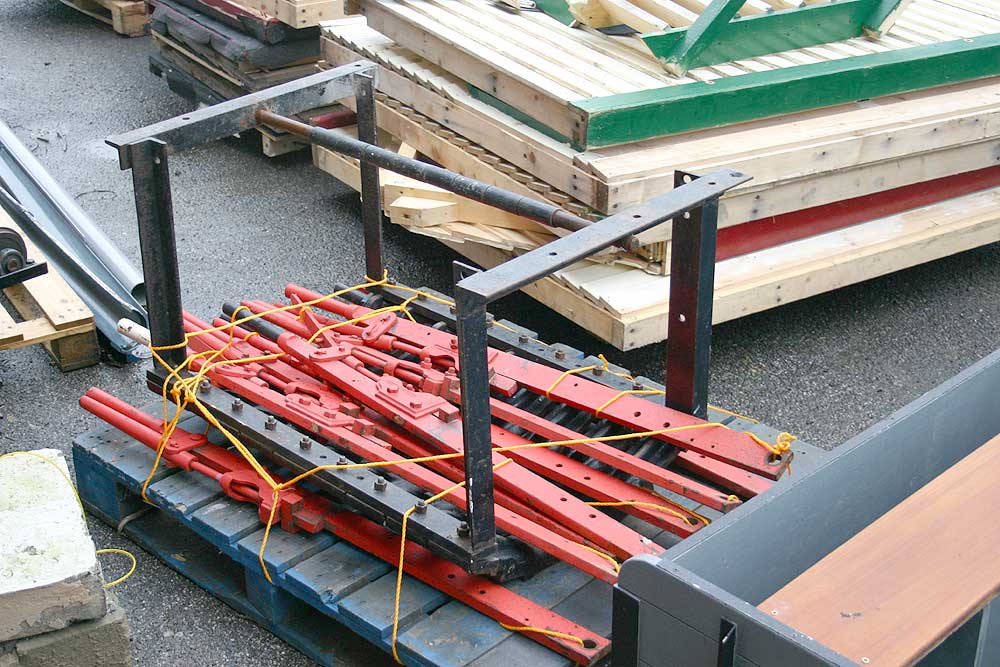 With some spirited fork-truck driving, we managed to get everything off and under cover inside 45 minutes. Can't move in the workshop any more, I think some strategic shelf-stacking is called for later today. 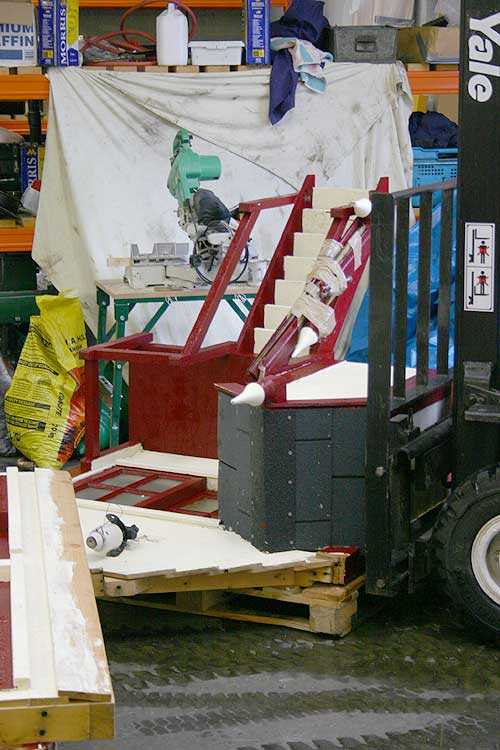 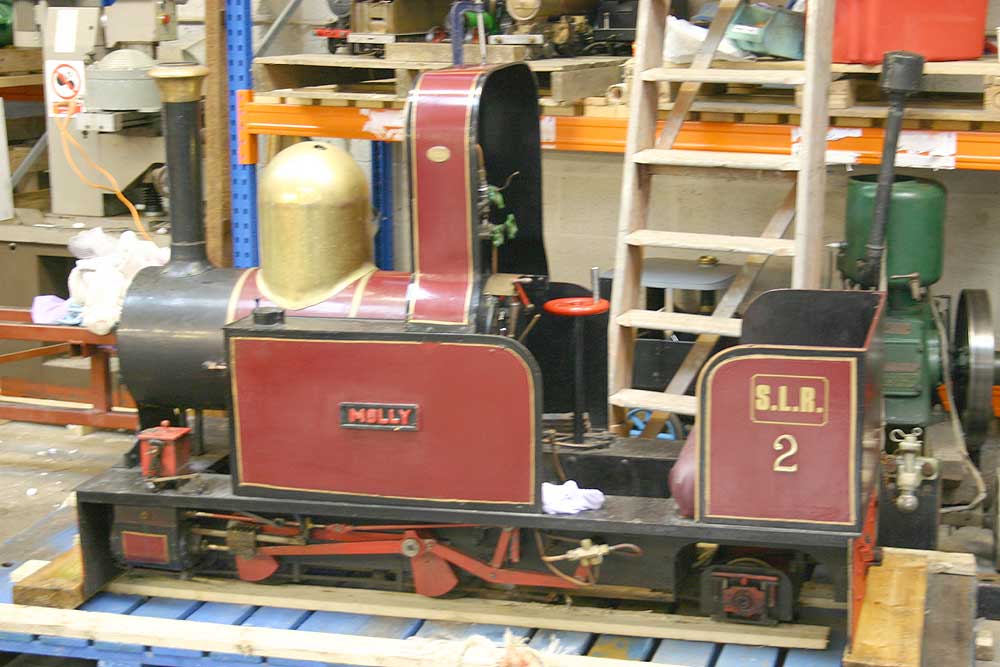 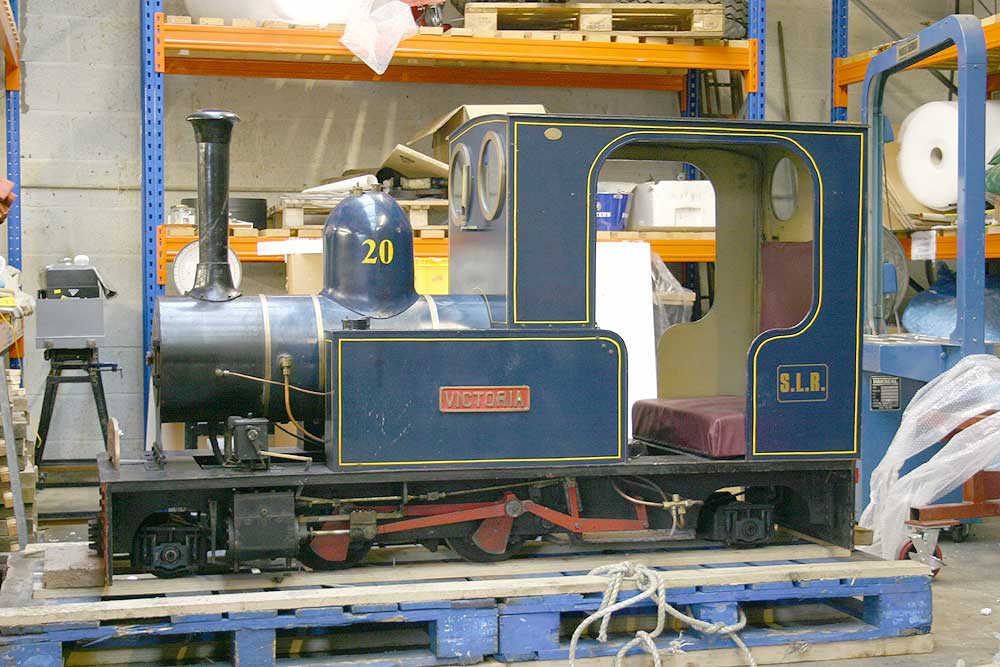 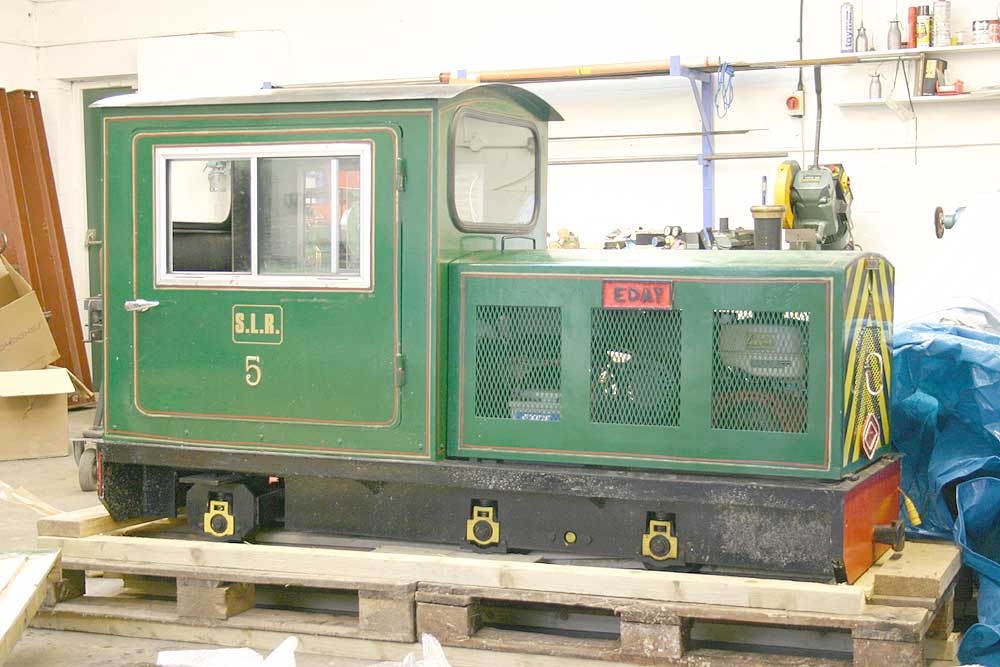 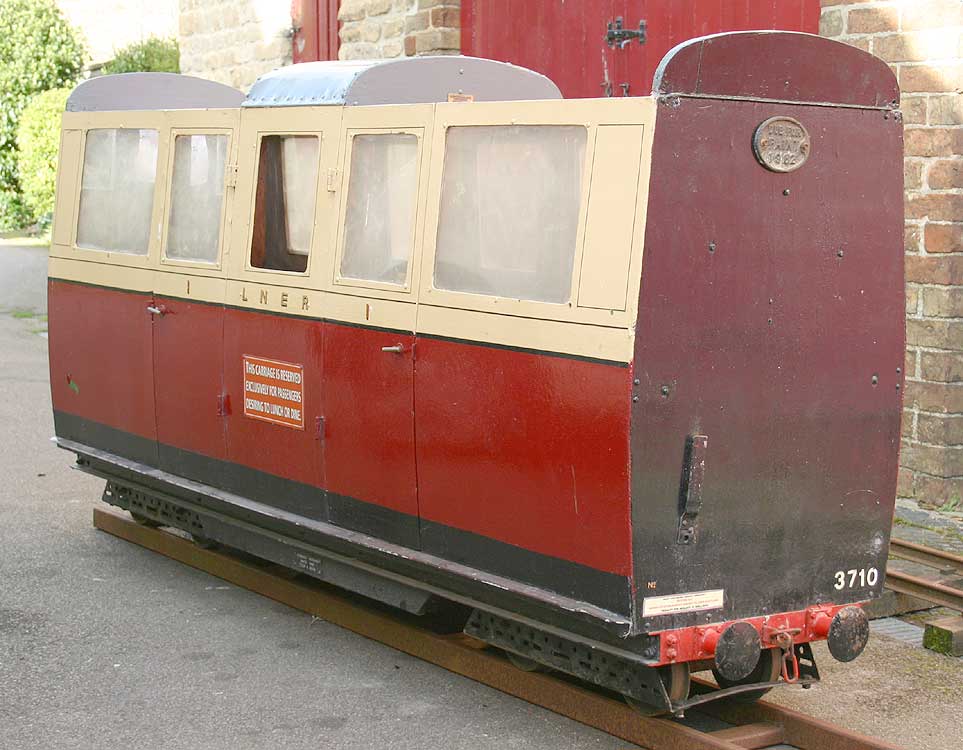 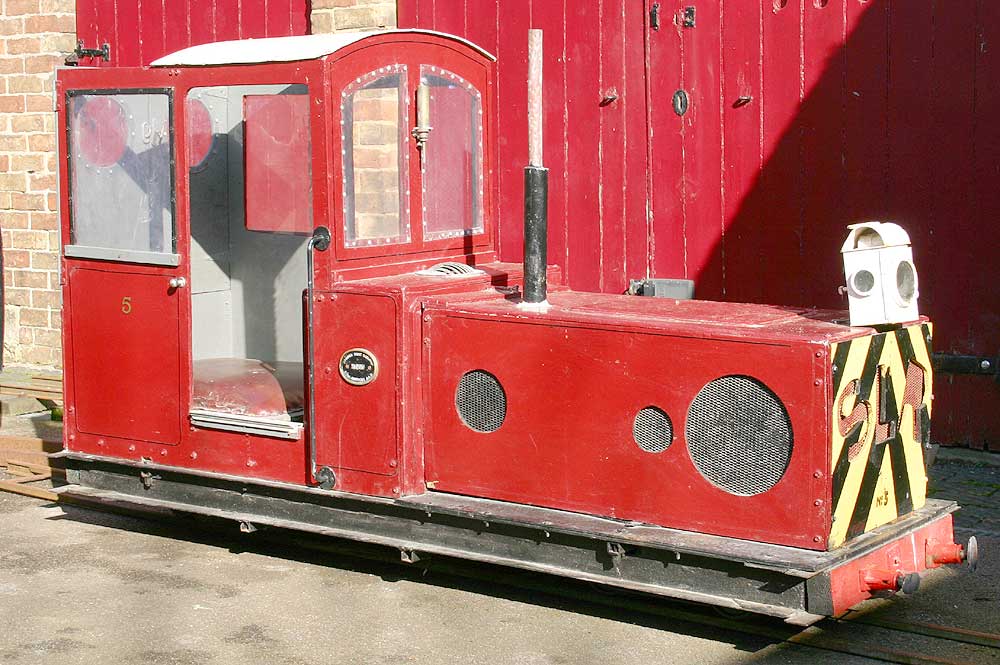