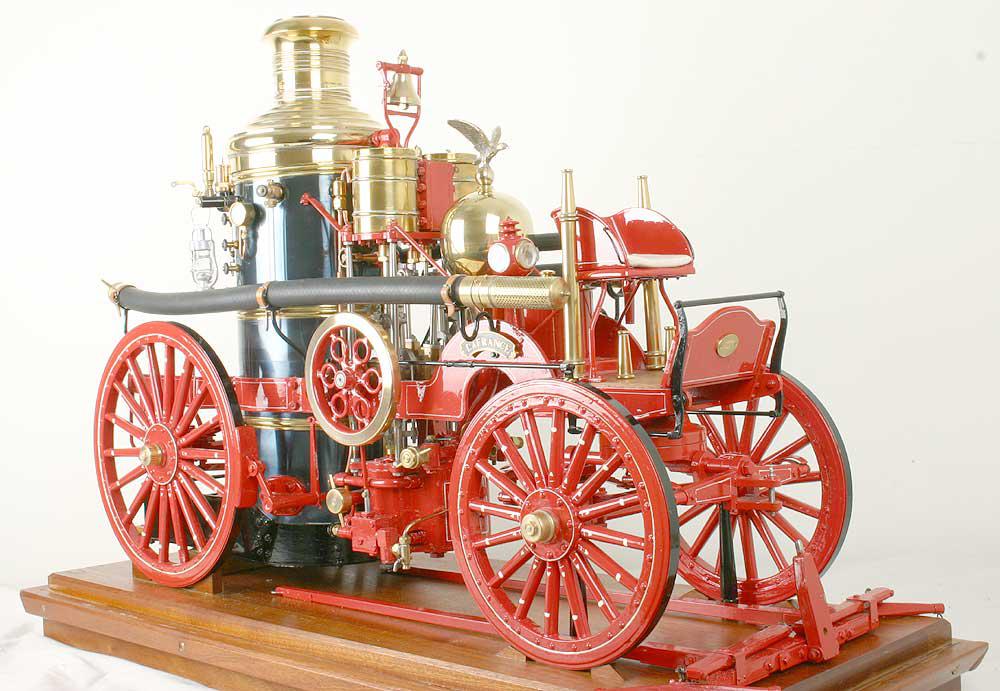 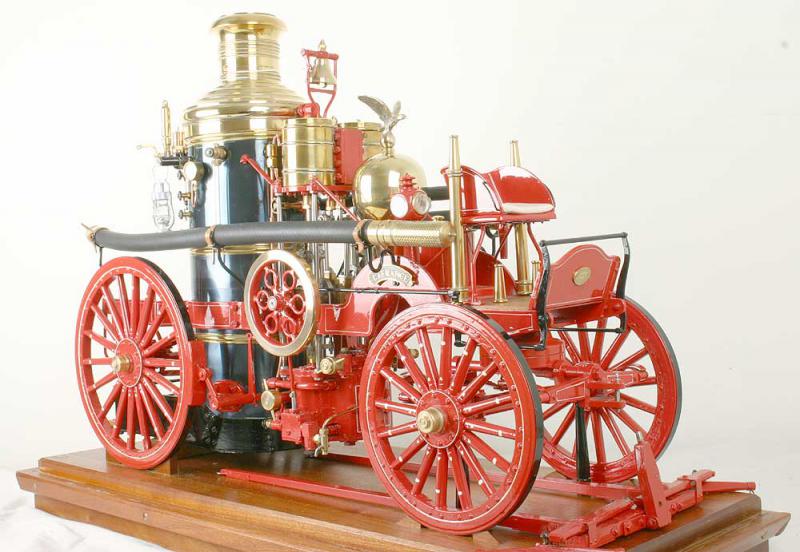 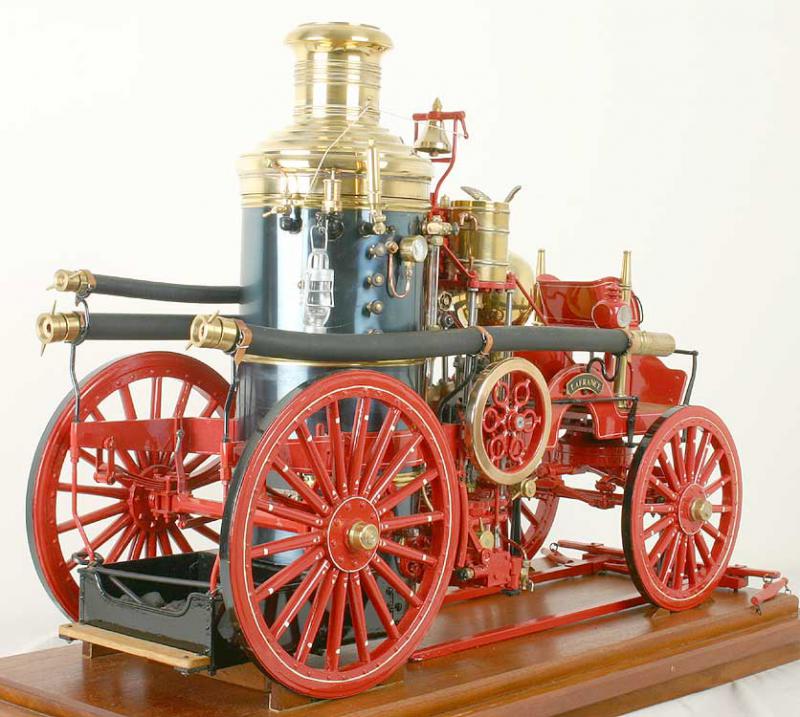 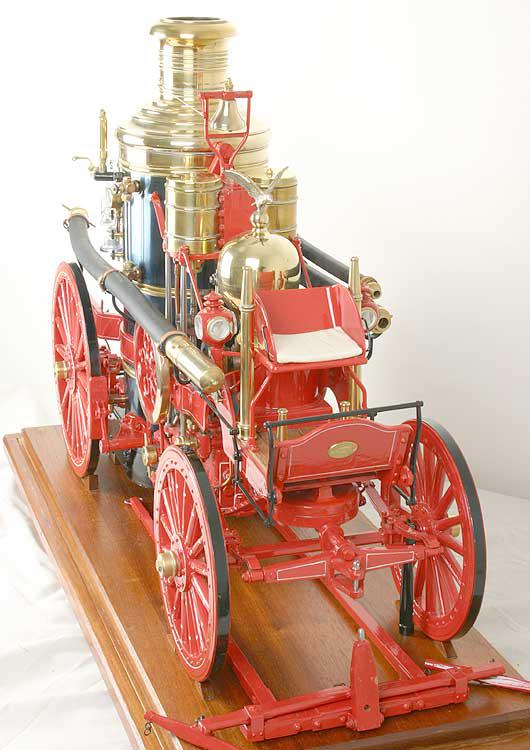 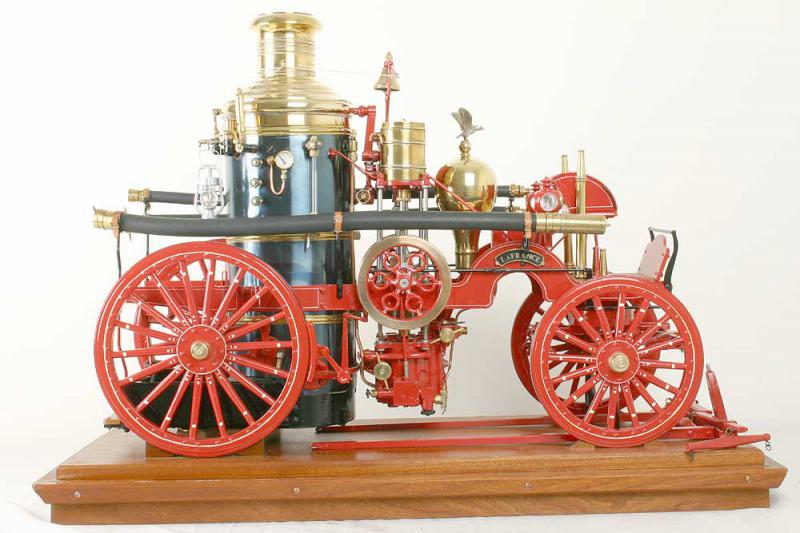 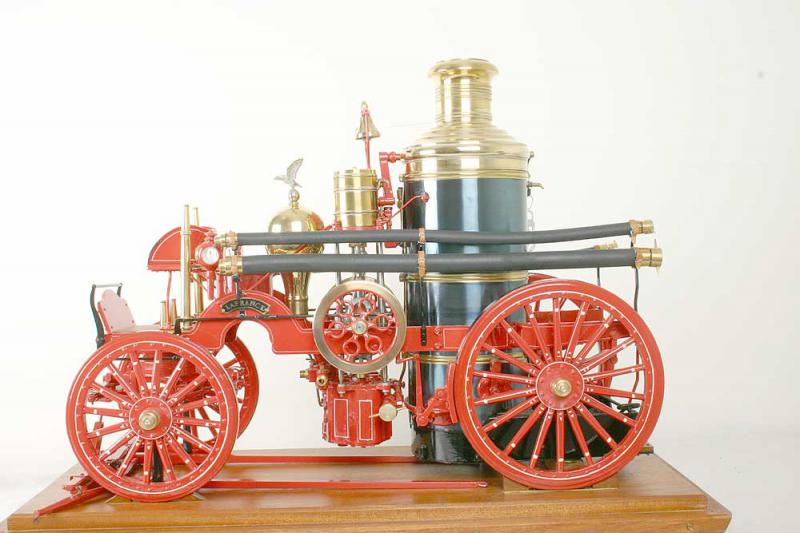 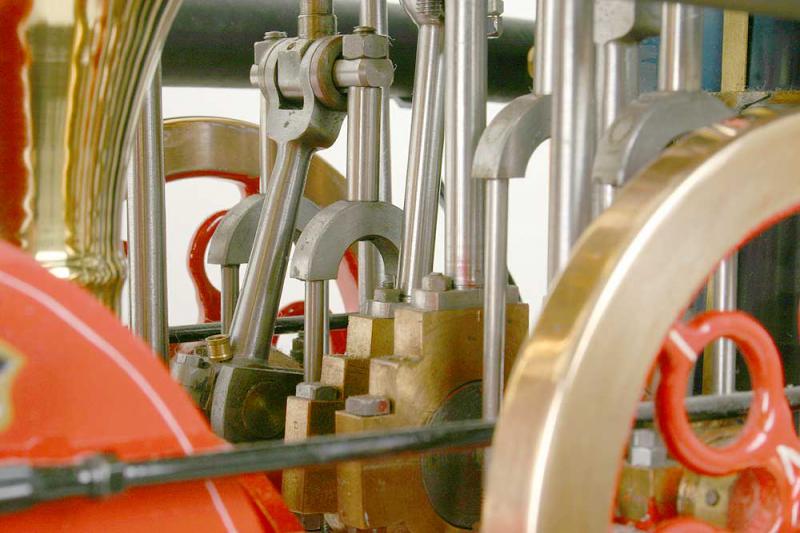 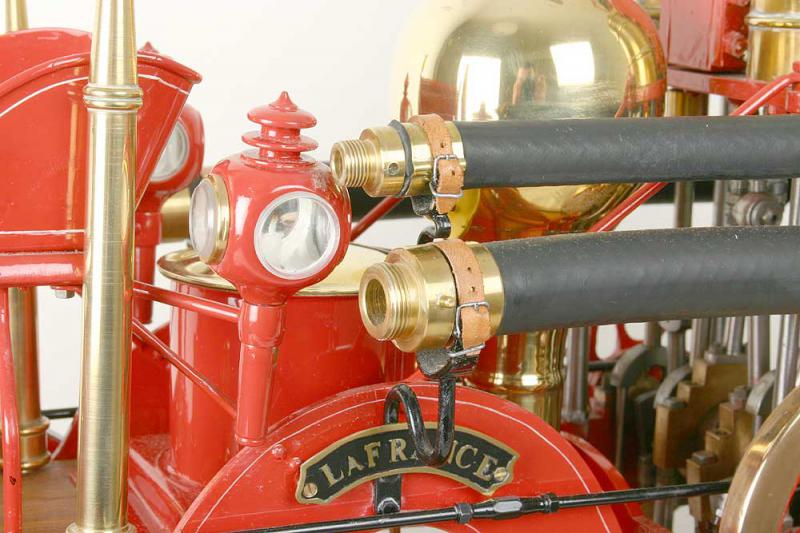 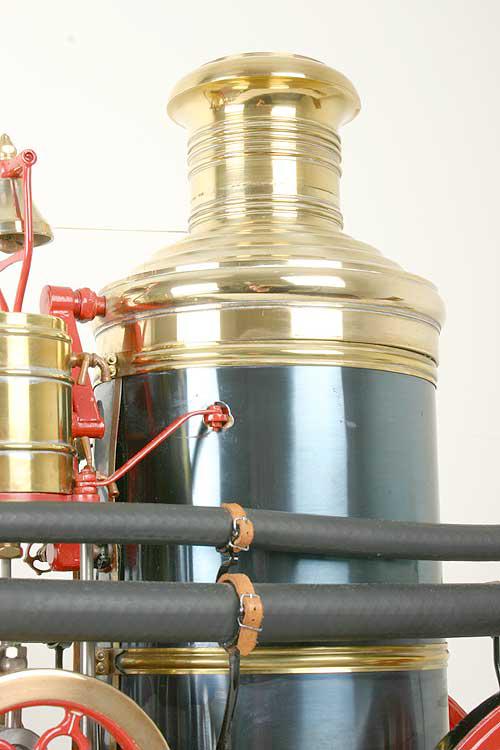 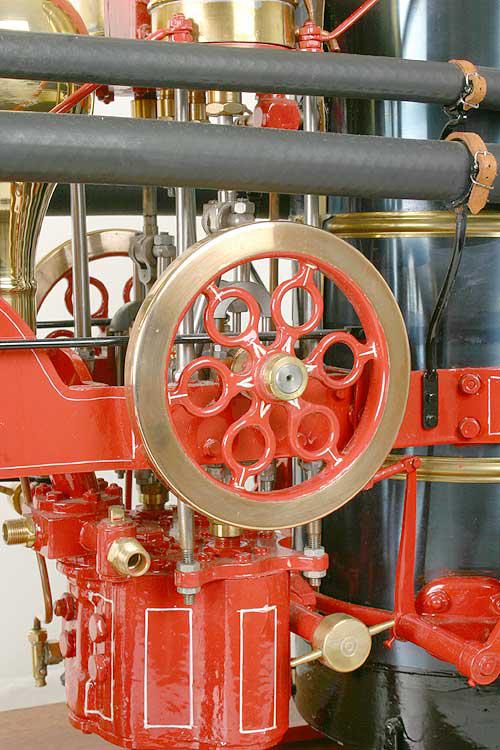 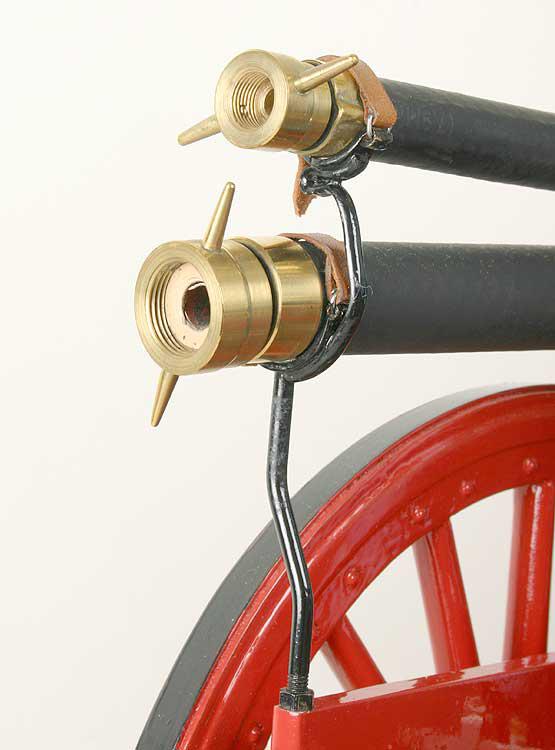 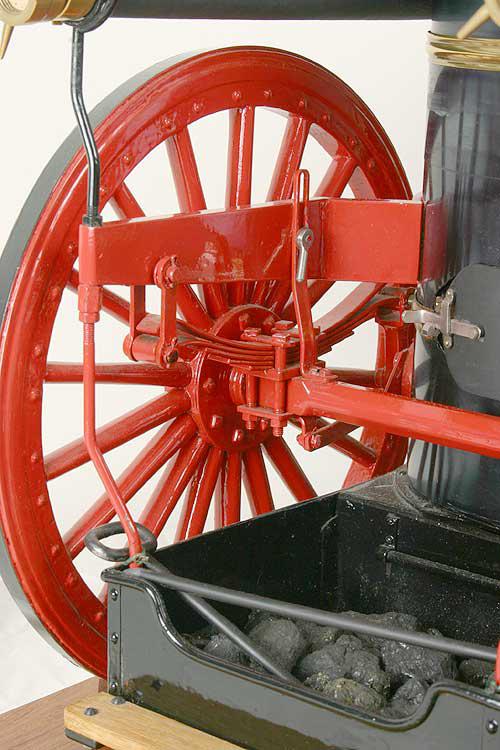 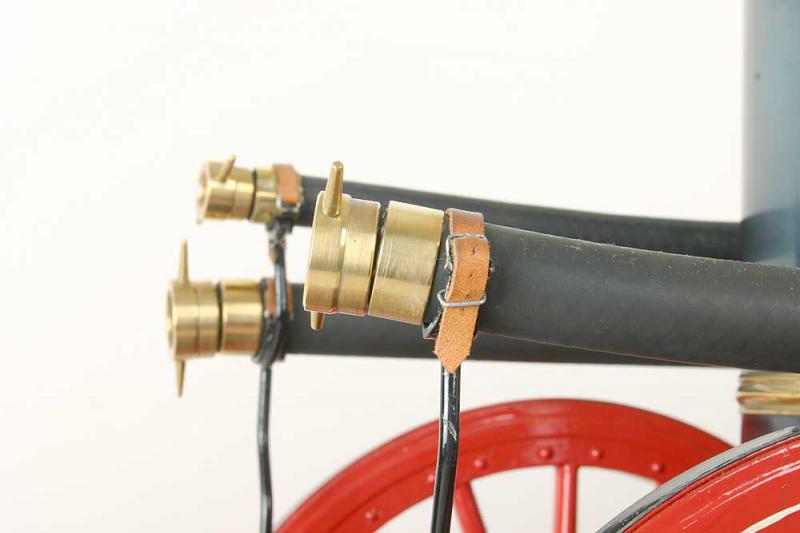 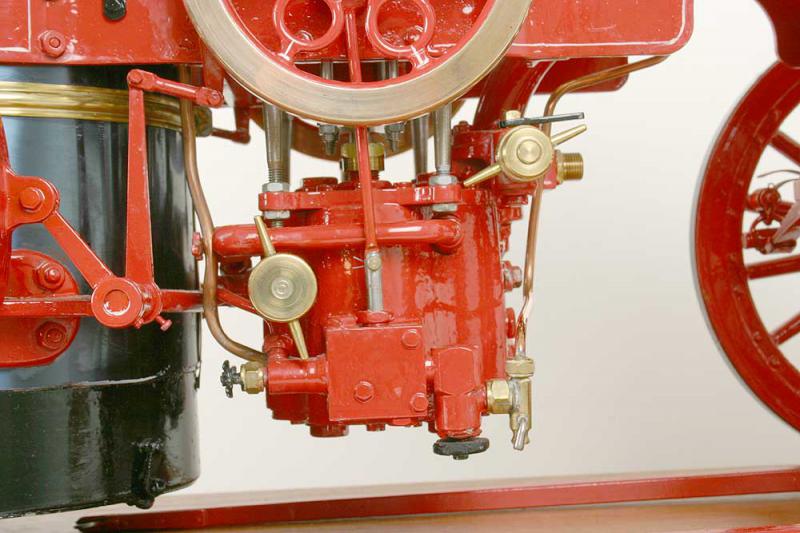 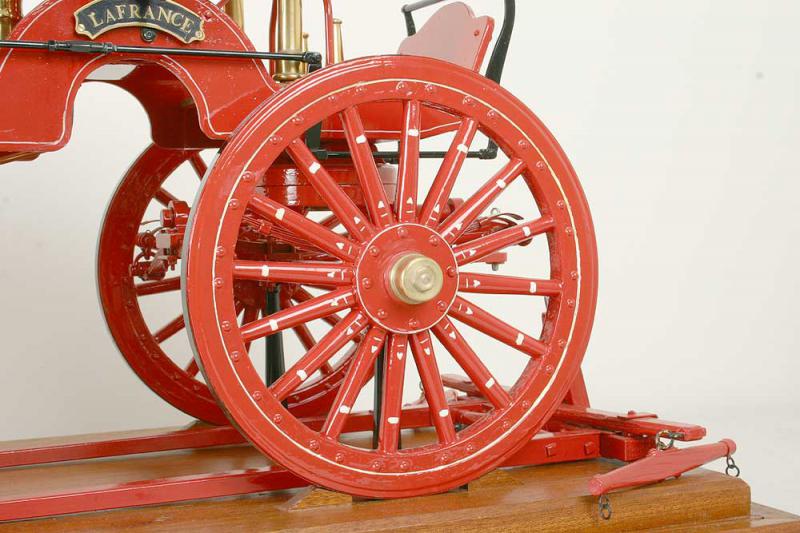 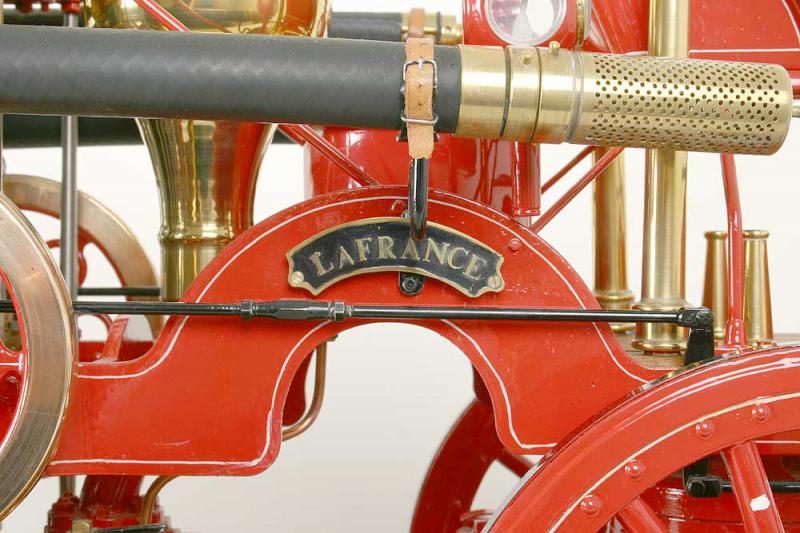 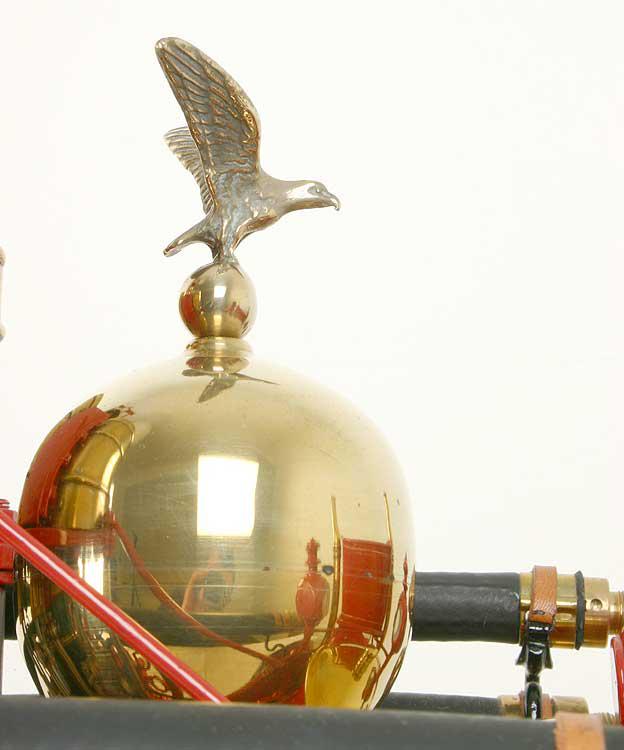 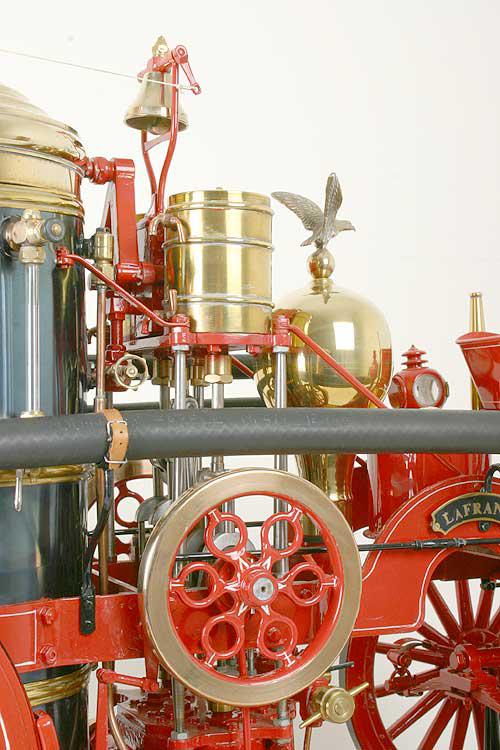 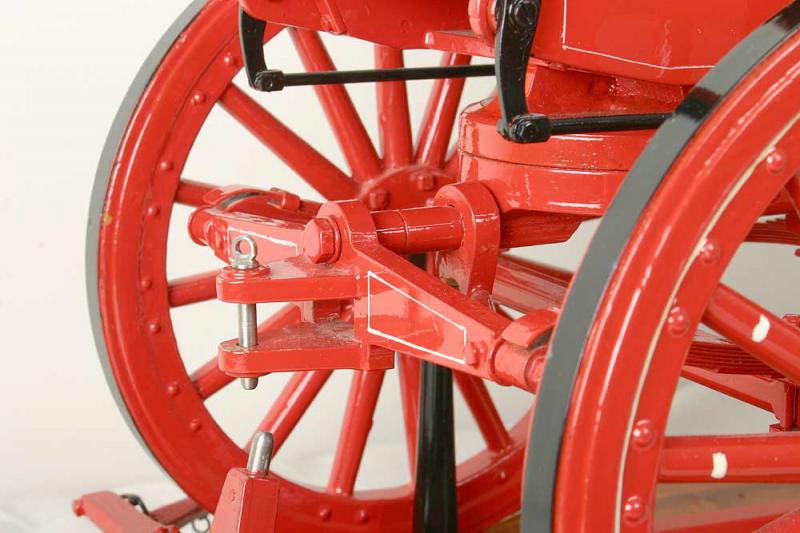 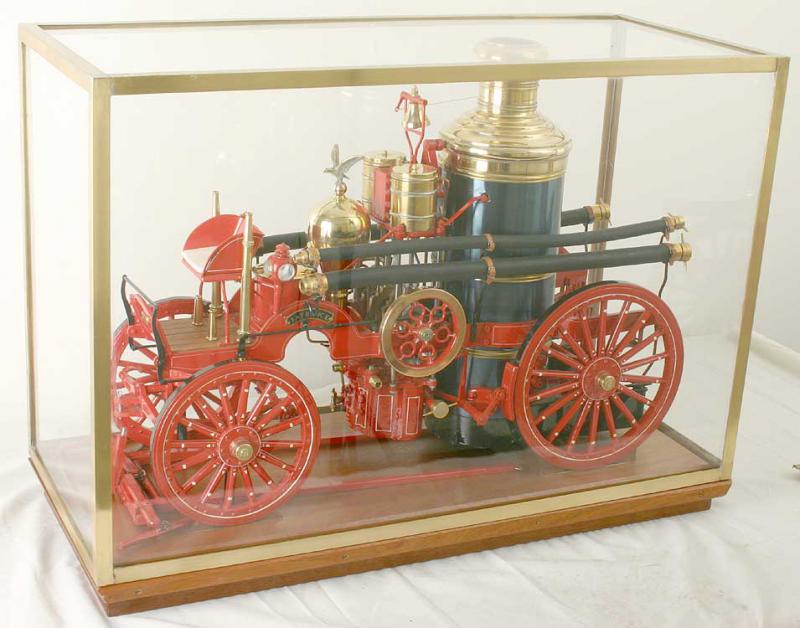 Founded in 1873 by Truckson LaFrance, LaFrance Manufacturing produced a range of hand-operated and steam fire engines in the latter years of the nineteenth century. Through amalgamation and merger, the company exists to the present day, as one of the best know American fire engine manufacturers.

This is a beautifully built model of a turn of the century "La France" horse-drawn fire engine, based on drawings supplied by Coles Models. The builder wanted to produce a faithful model and rather than using castings fabricated all parts except the nameplates and eagle. The wheels were built up by traditional methods, oak hubs and felloes with hand carved ash spokes (the wood coming from a broken sledgehammer handle). The leaf springs are working items, built up from bronze and steel strip. In total, the builder logged 919 hours in the workshop between August 1998 and December 1999 when he completed the model.

The boiler is copper, silver soldered construction, working pressure 100psi. It was not provided with a grate - given the finish of the model, the builder had decided to fire it on gas. In the end, the boiler was tested and issued with its initial twice pressure hydraulic test, the engine tested on air but the model has not been steamed, the decision being made to leave the paintwork in new condition.

The engine is mounted under a perspex case, complete with its drawshafts - you'll need to supply your own horses.

The model has been exhibited regularly and featured in "Engineering in Miniature" in 2003. For more information on the builder and his models, see the news page this month.