The more observant among you have possibly noticed that, with no news update since March and no website update, period, since the first of July, Mike must be up to something (or, if you're not feeling terribly charitable, nothing). June was very busy, most of the engines you may have seen on the stand at Harrogate Show have now gone, but of course that only means that another three dozen have come in to take their place.

During the last month Geoff and I have been splitting our efforts between servicing and testing new stock, whilst at the same time trying to keep the workshop machinery busy making new engines (which, if I might blow our own trumpets, we have managed to do to good effect). All of this, however, has meant that my correspondence and the website have taken very much a back seat (so apologies to anybody who was been left waiting for more than a day or two for a reply to either an email or phone call).

Things are getting a little more back to normal now (although I can see the day fast approaching when we're going to need another body in the workshop). I have listed about half the new stock on hand today, there is as much again to photograph and list as soon as I have recovered from my touch of cameraman's elbow.

As mentioned above, we exhibited at Harrogate Show again this year, the second time I've done this one. Having kept the same stand from last year, setting up was much easier (as we allegedly knew what we were doing), we were out by 6pm on the Thursday and arrived more or less fresh on the Friday morning, waiting for the doors to open. 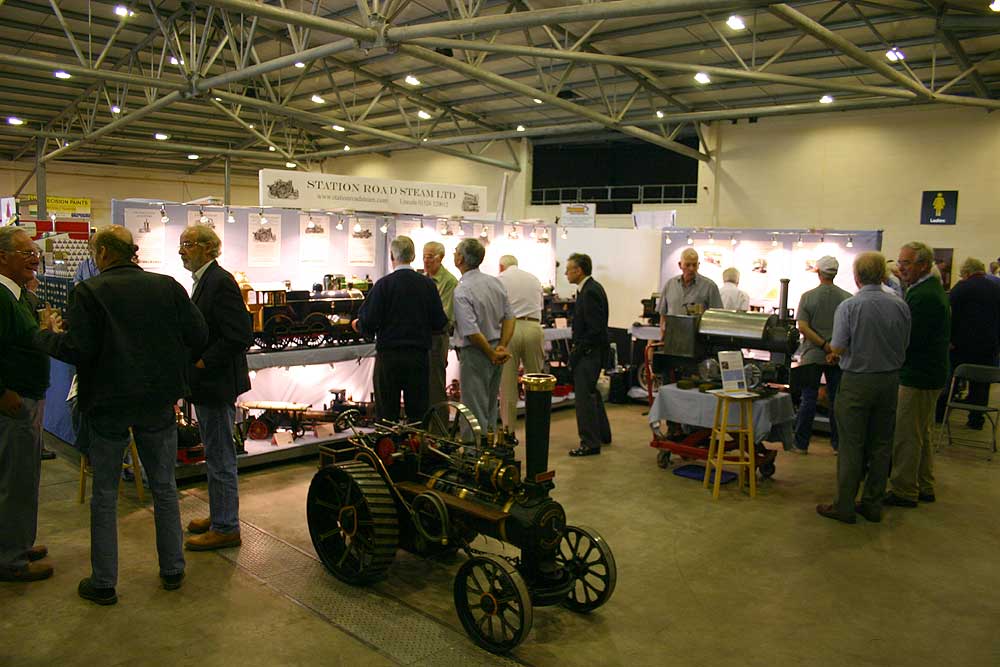 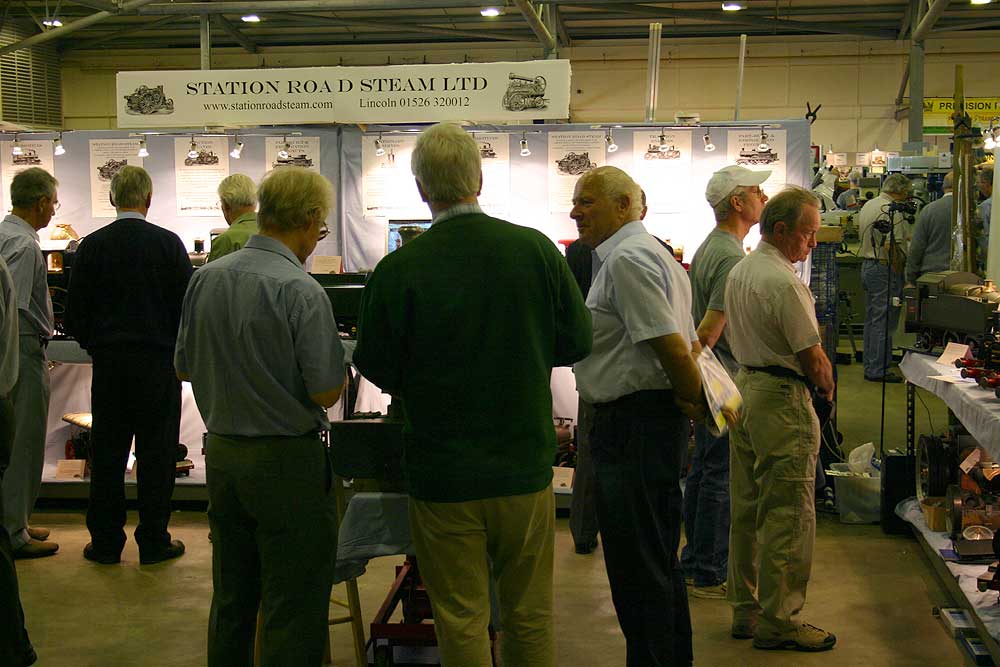 I think we took either twenty-five or twenty-six engines this year, enough to keep the stand fairly busy for the three days. By one of those very strange coincidences, which I only noticed when comparing the 2007 show pictures with this year's, at the corner of the stand last year was a dark blue liveried Great Eastern engine with white cab roof (it was a 5 inch gauge "Petrolea"). This was quite unusual - I don't get many GER engines. This year, in exactly the same spot, stood the 7 1/4 inch gauge "Claude Hamilton" style vintage engine, again in dark blue with white cab roof. I'll have to keep my eye out for another one for next year, we can make it a tradition! 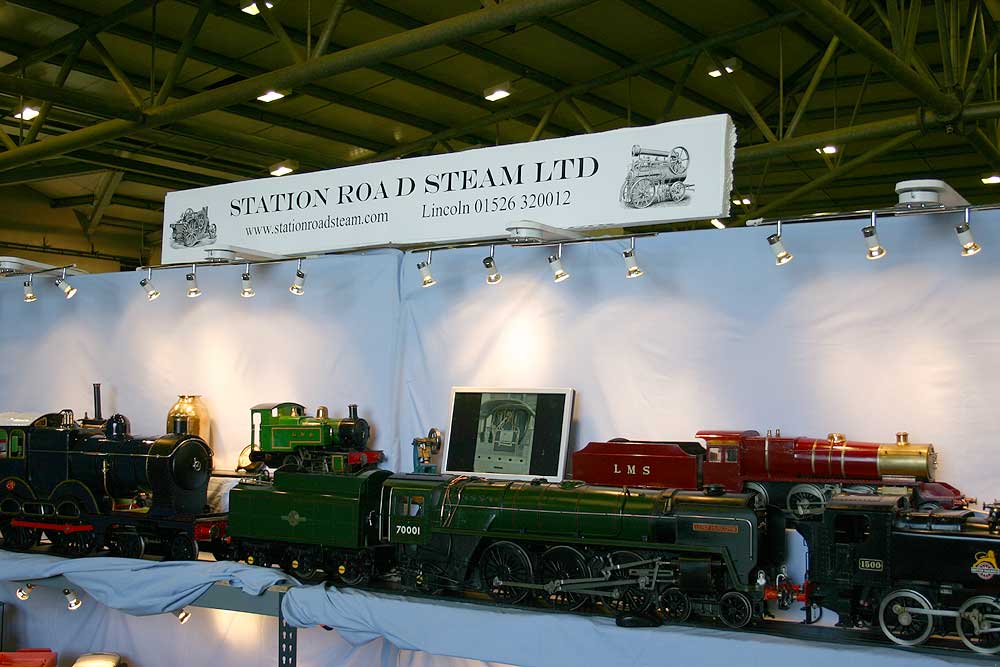 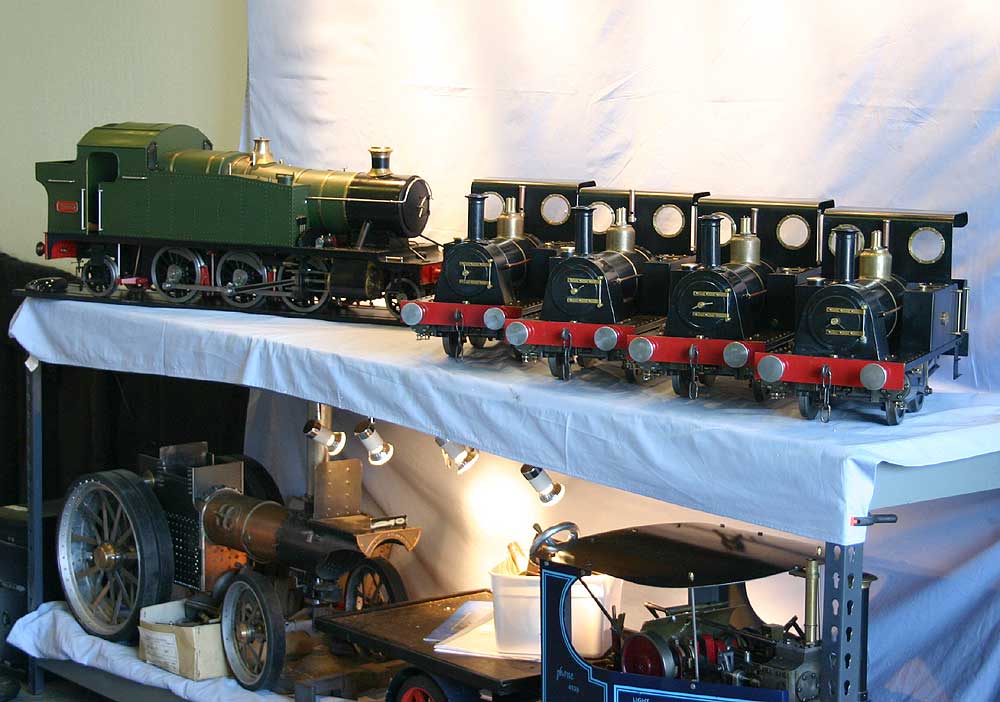 As usual, if it wasn't for the team of skilled and enthusiatic helpers who did everything while I ran around panicking, the show wouldn't have happened. So, thanks to Mrs P who planned it all, David N for coming and setting it all up (including doing all the clever wiring and lighting bits which he is uniquely qualified to do), Geoff for working night and day in the workshop for a month beforehand getting engines ready to go, then being there throughout, David B for encouragement, clever marketing insight and a genial, informed presence on the stand, my father for looking after people who couldn't get to talk to me (although they got a good deal, as he knows a sight more about railways than I ever will) and Martin who, just like last year, arrived like the cavalry to break down the stand on the Sunday afternoon - thanks to him I was home and in the bath by 9pm.