Friend James is a talented and highly productive engineer, as much at home working in wood as metal, useful for the pattern-making that his large and normally one-off projects require. Jayne and her mother visit him regularly, he rebuilt a windmill some years ago and produces excellent flour which they both use for their breadmaking - they know him as "James the Miller" - and bring me back news of what's going on in his workshop. Rather less frequently I get to get over there and invariably come away inspired.

A couple of years ago, when our new CNC lathe arrived, I mentioned the new acquisition to him. At the time he had just started building a full-sized replica of the 15 inch gauge Heywood locomotive "Effie" (which he assured me would go round the sort of radius curves I have on the railway here - it was touch and go for a couple of weeks whether to regauge from 7 1/4 to 15 inch gauge, however whilst "Effie" would just fit under the engine shed door it would have been too big for the then newly-constructed tunnel). One of the smaller components required was a set of handrail knobs - the originals were a rather beautiful shape, a cross-drilled ball end on a taper shank ending in a flange with a 1/2 inch Whitworth stud fastening it to the boiler. "No problem" I said, "leave them to me"... 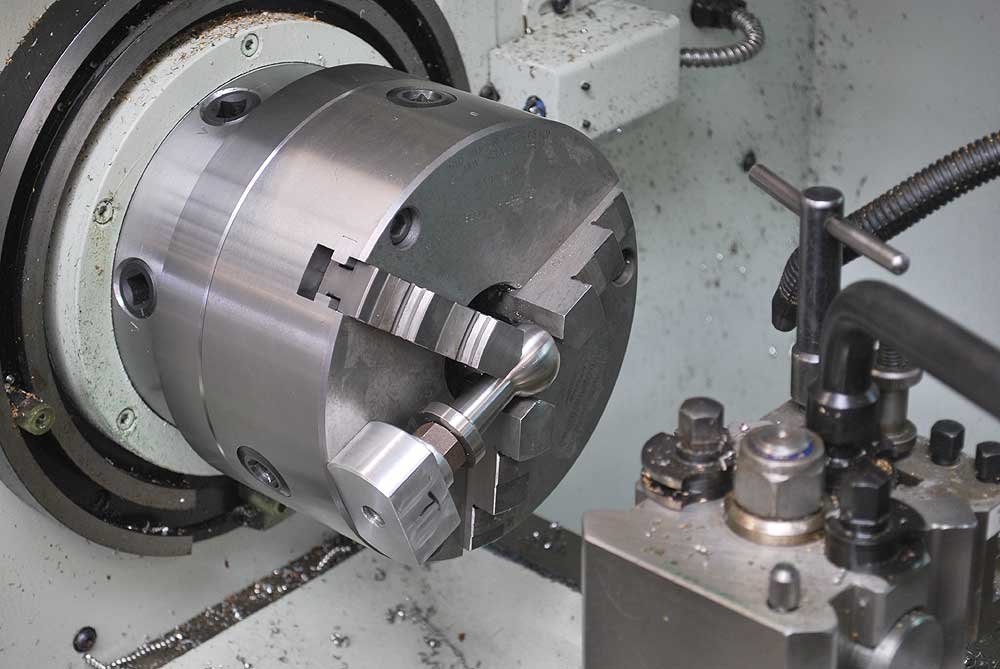 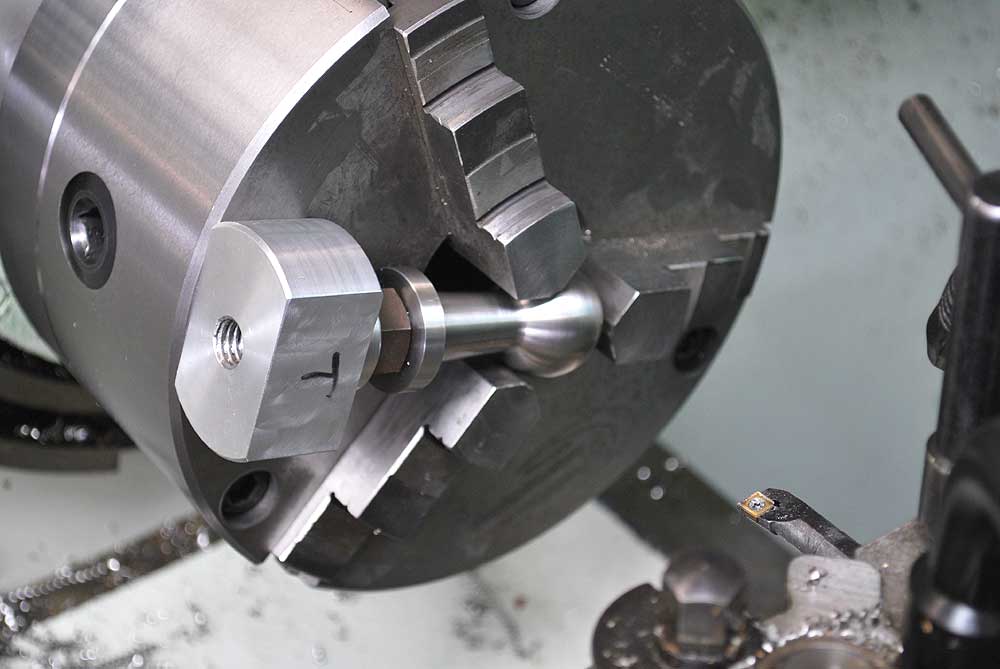 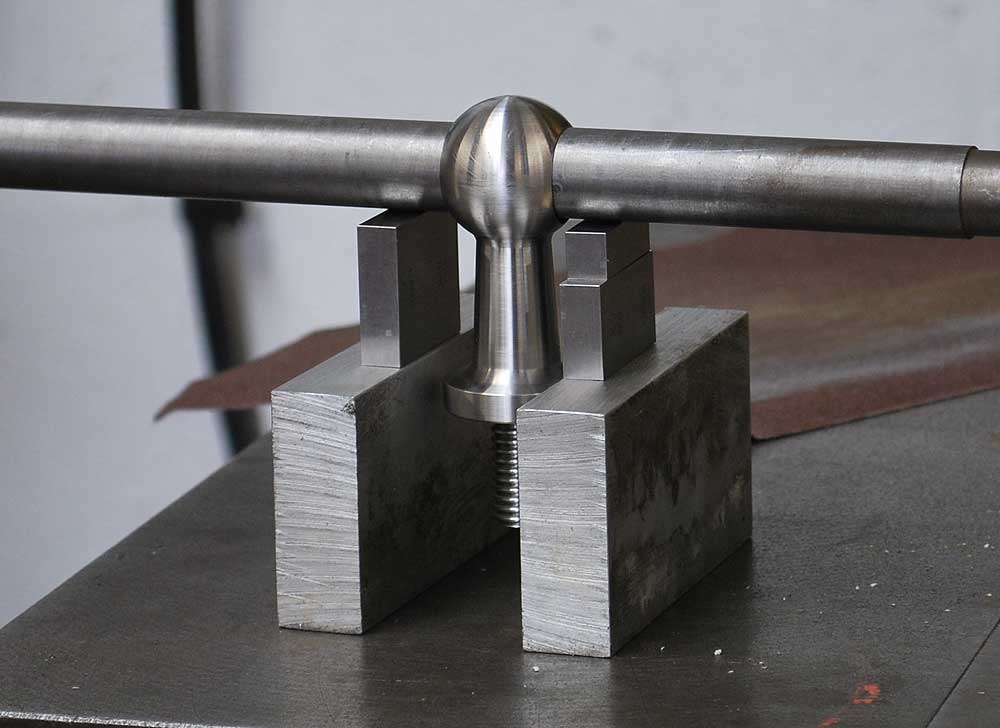 I went home full of enthusiasm, wrote the program and knocked out a couple of test-pieces in aluminium to prove the setup (the real things to be in stainless steel), emailing a picture back to the builder for approval. "Spot on" he said, followed by words he later must surely have regretted: "no hurry, I've only just got the frames cut out, next job will be turning the wheels". And thus are projects condemned to back-burners the world over...

Every now and again Jayne would go over to see James, usually bringing back some of his excellent home-made cakes, along with a gentle enquiry as to progress, I would wince and promise to find some time to get them done. And time passed.

Finally, a couple of weeks ago I had word that "Effie" was going to the Cleethorpes Coast Railway Gala this weekend - not finished, but well-advanced - and would there be any chance of putting the handrails on?
Finally shamed into action, given that a man in his spare time had built a complete locomotive in the time I had been procrastinating, we finally got them done last week (you notice "I" has become "we" - if not for the sainted Geoff in the workshop, I'd have had to send James a couple of lengths of rope to sling down the sides of the engine in lieu of a polished handrail).

Within 24 hours of them coming off the lathe they were polished and on the engine, Jayne and I went up to Cleethorpes yesterday and saw the engine standing outside the shed, resplendent in the sunshine - I can't wait to see it finished, expected to be sometime next year.