Sold September 2003 Back to Archive 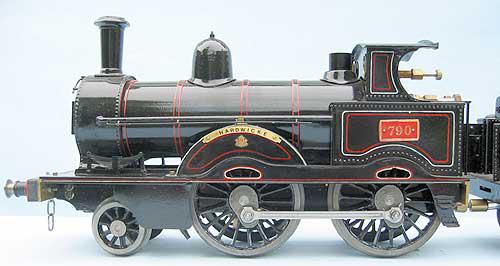 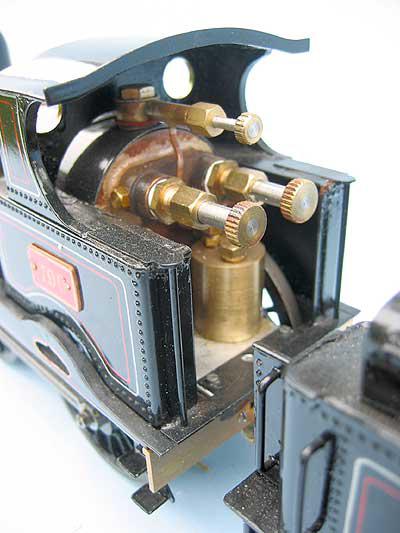 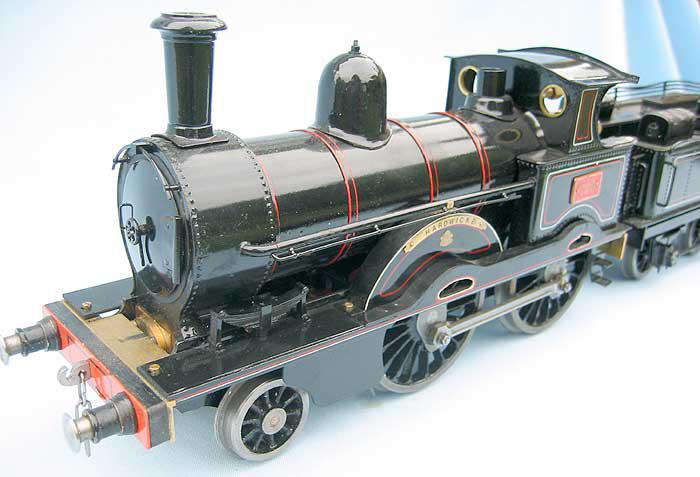 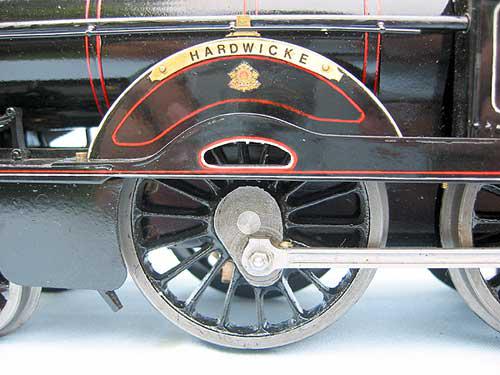 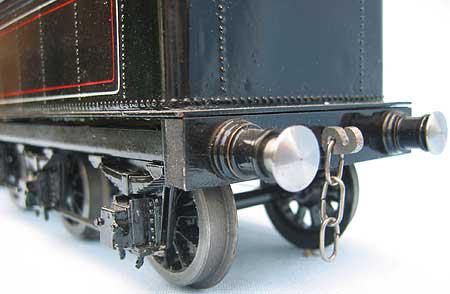 This is spirit-fired gauge 1 model, single cylinder with slip eccentric valve gear, displacement lubricator mounted in the cab and centre flue copper boiler fed by a hand pump in the tender. I sold two of a batch of three of these locomotives earlier in the year. The builder, a professional machinist, has now decided to sell the last engine - it has been steamed on a couple of occasions but is to all intents and purposes like new. It is nicely detailed, turned out in handpainted and lined LNWR Blackberry livery.