There was a little bit of straightening up of the shuttering boards for the back of the platform first thing - they had wandered off from parallel with the wall which is our datum in the station area. 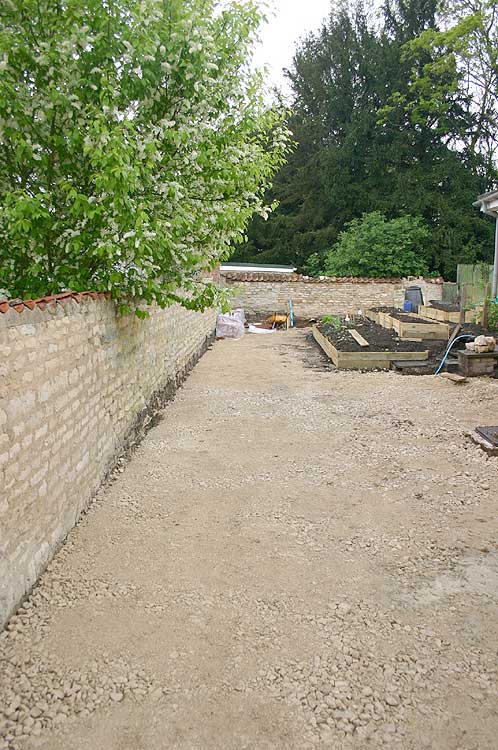 I had run over to Jacksons the day before to collect 300 red engineering bricks, the family were usefully employed in a chain gang that evening getting them round to the turntable pit, in which Dal had already laid a ring of level concrete as a foundation. 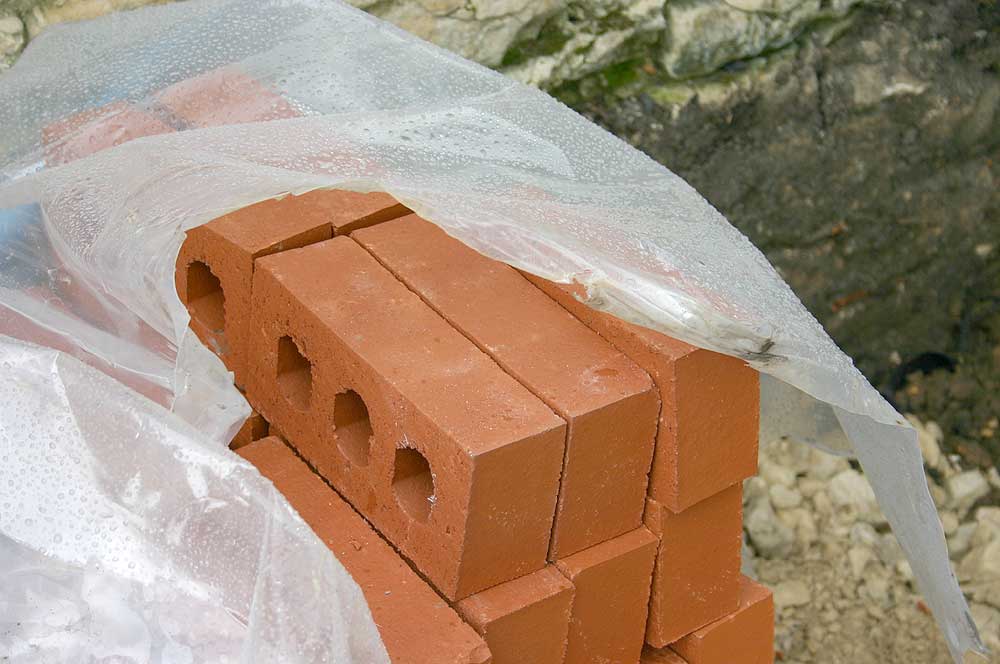 The next day dawned grey and drizzly - after laying a dozen bricks, Dal went off home for his gazebo. He was back and had it erected within thirty minutes, the sun came out and we saw not another drop of rain all day... 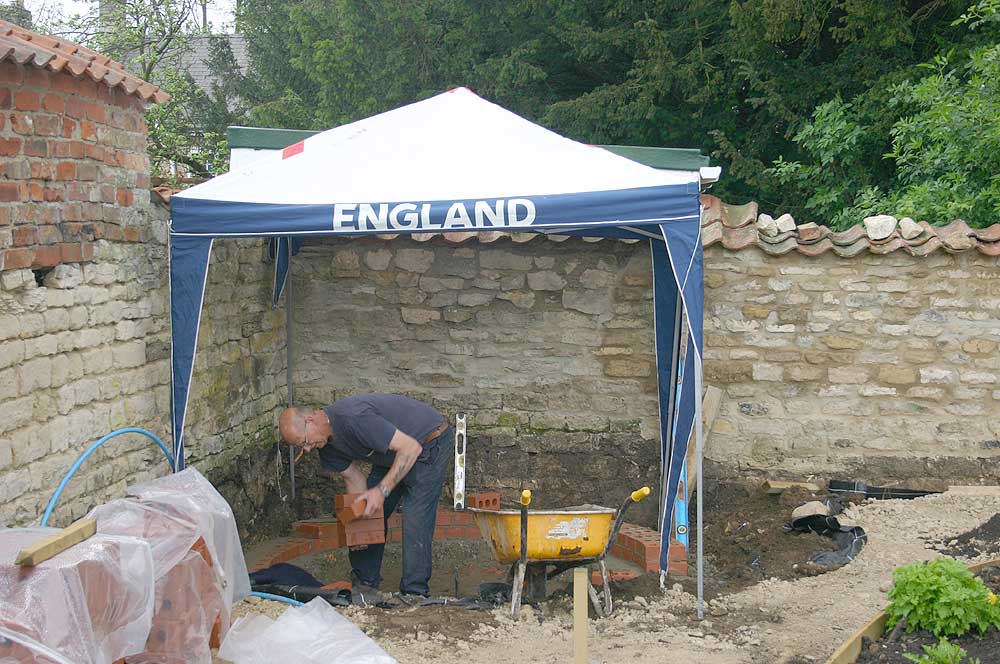 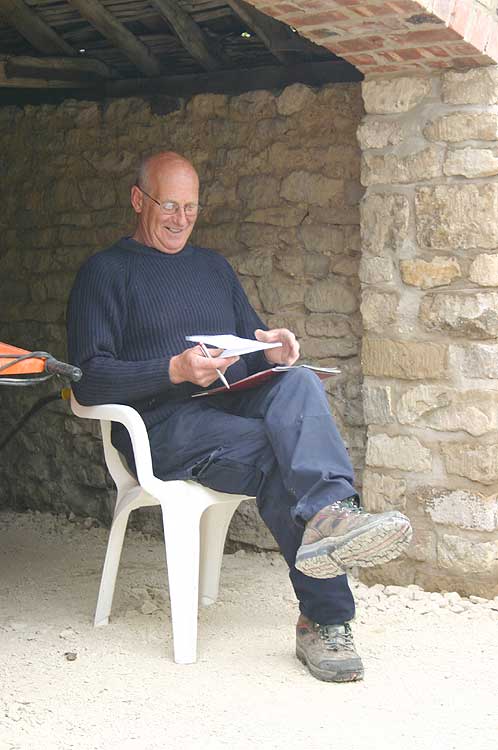 The brickwork took about a day, at the end of which he was chasing me for the steel centre post which I'd been promising him for a week. I made this up out of some thick-walled tube with a machined spigot welded to the top and a bit of 10mm plate welded to the bottom for the concrete to catch hold of. 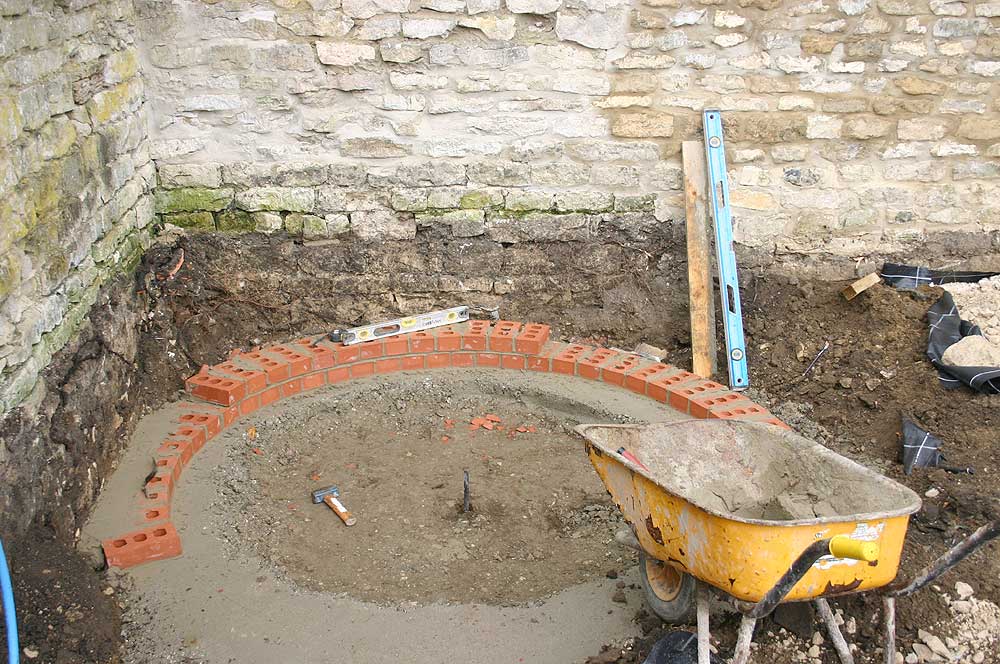 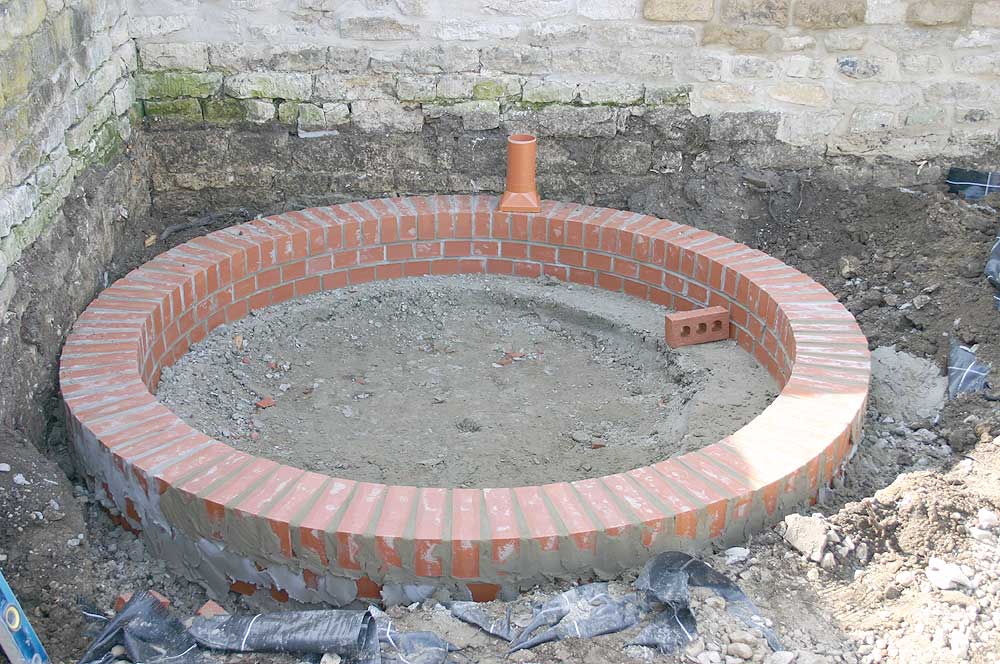 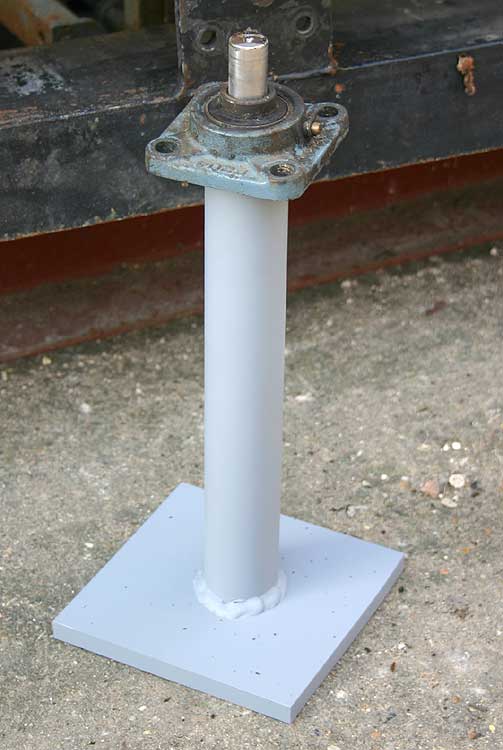 Tuesday I had to do some real work, back down the workshop for a day with Ian, my boiler inpector. We tested several engines, finishing at 7 that evening before repairing back to the house for a cleanup and supper. Next morning he came for a walk around the site - it was useful to hear his suggestions, he has been a regular driver at the Moors Valley Railway for many years, which gives him a good insight into what and what not to do. 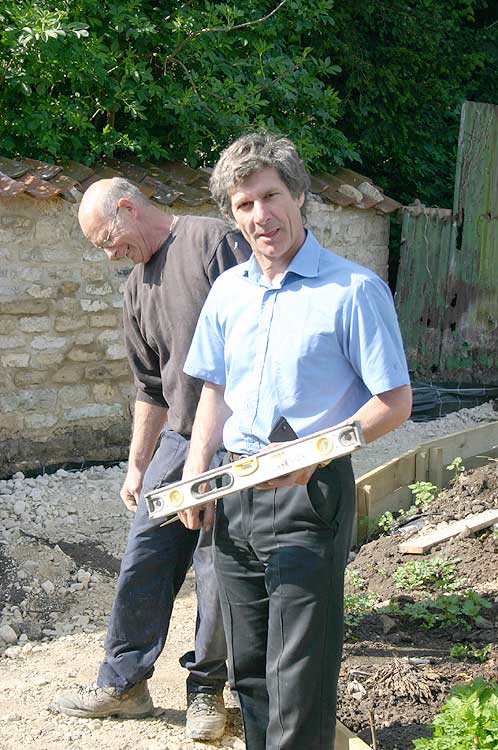 Thursday I got a surprise visit from Joe Nemeth and his son Dan - between them responsible for two of the nicest railways laid in the last few years - the late lamented 7 1/4 inch gauge Oldown Miniature Railway and the 10 1/4 inch gauge Berkeley Light Railway. 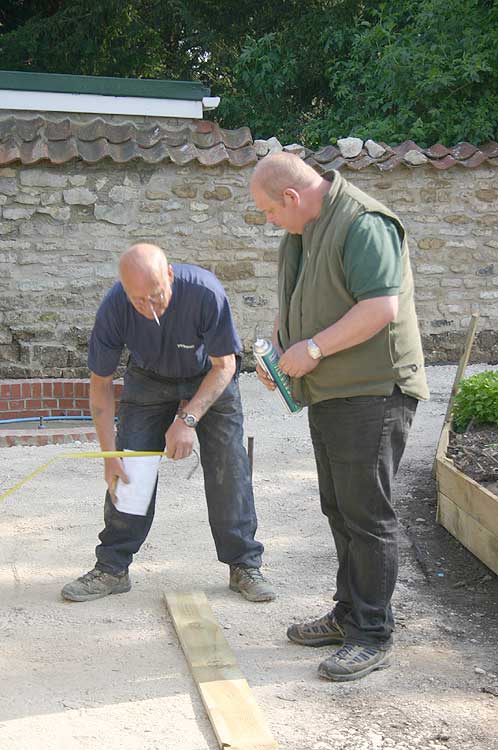 As expected, in only a couple of hours Joe came up with a dozen good ideas, suggestions on how to improve what we were doing or make other parts of the job easier. Like many people I am somewhat in awe of his vision and ability in this field. 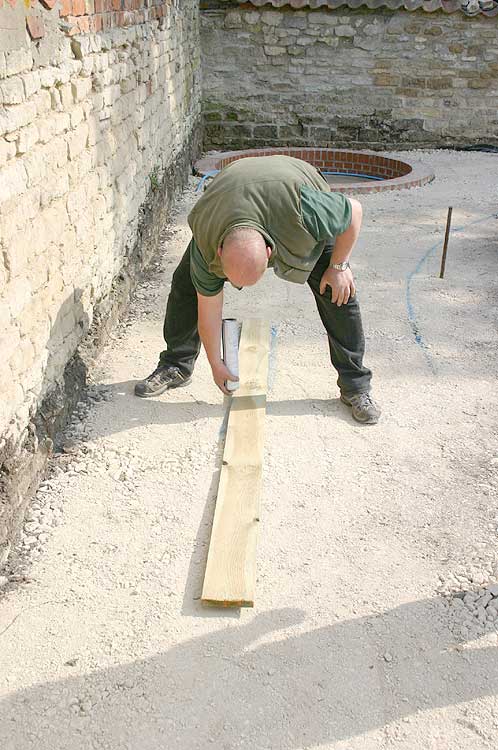 What I didn't expect was him to declare the job thus far as "spot on". It lifted the entire day.