Topics: The Garden Railway.
A full week of work has seen the whole of the station area paved with cables buried beneath for the stables and signal box. I'm very pleased with the result, the setts look just right. 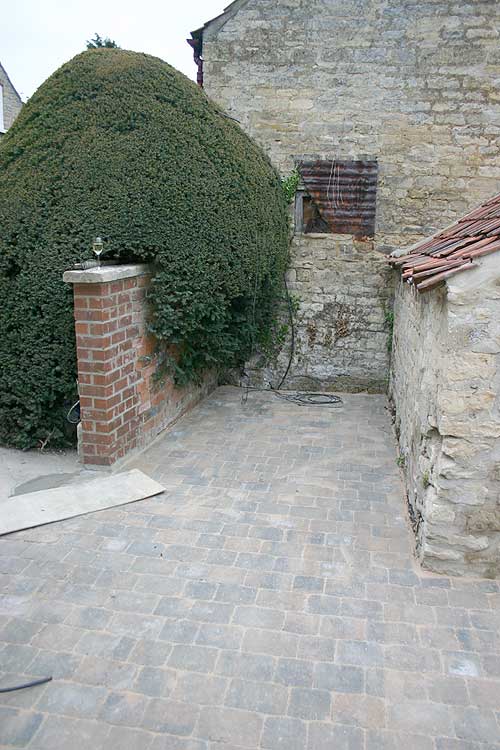 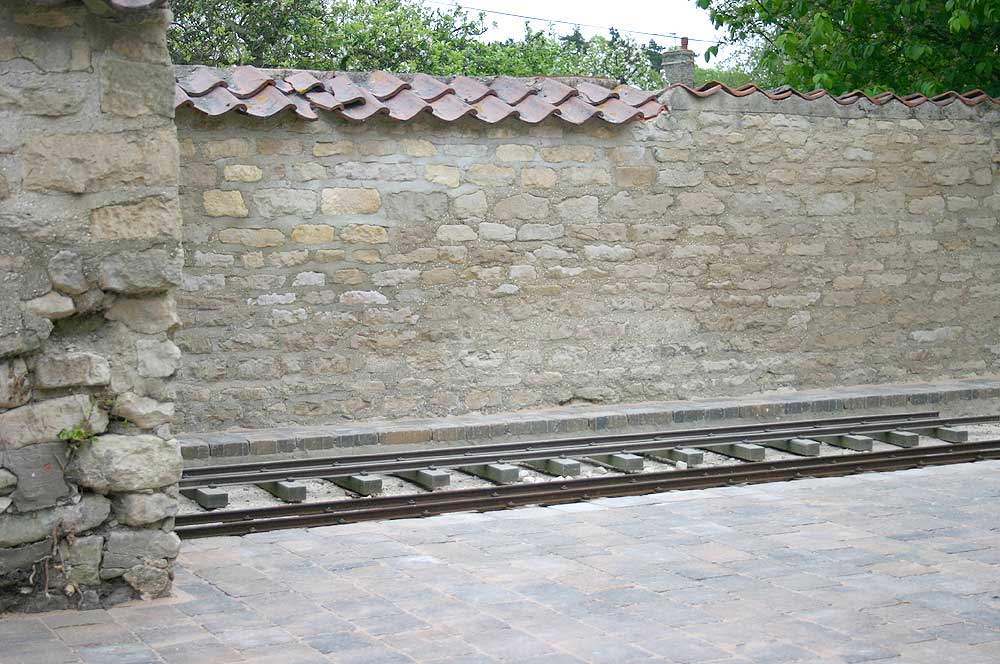 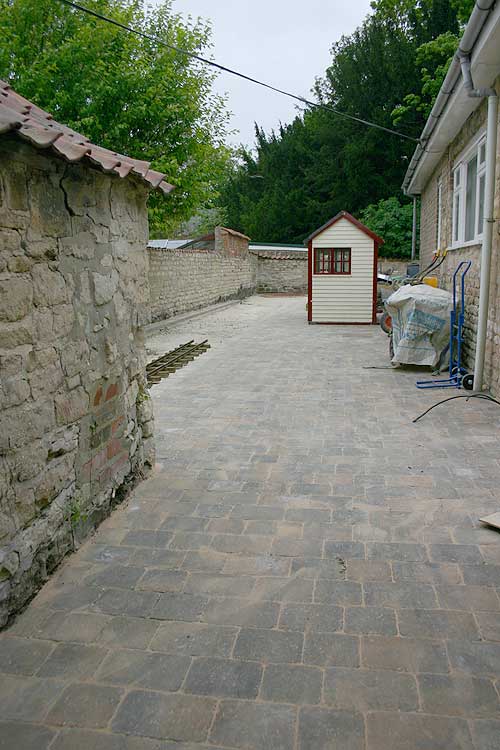 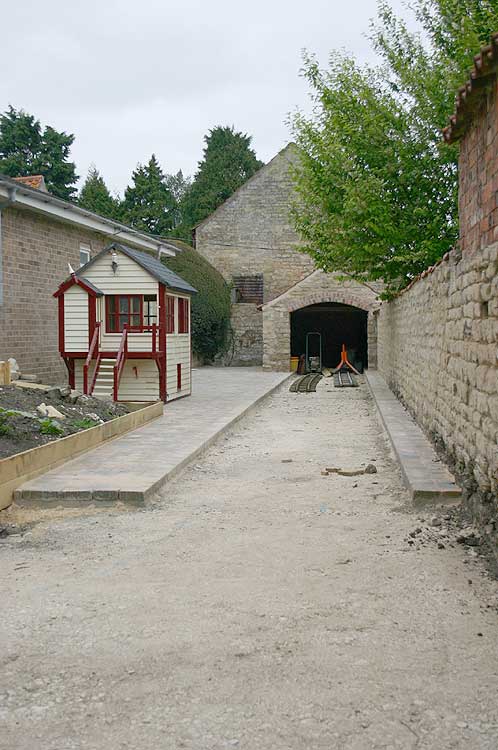 Last job Friday night was a trial assembly of the signal box to see how many courses of bricks we need for a base. 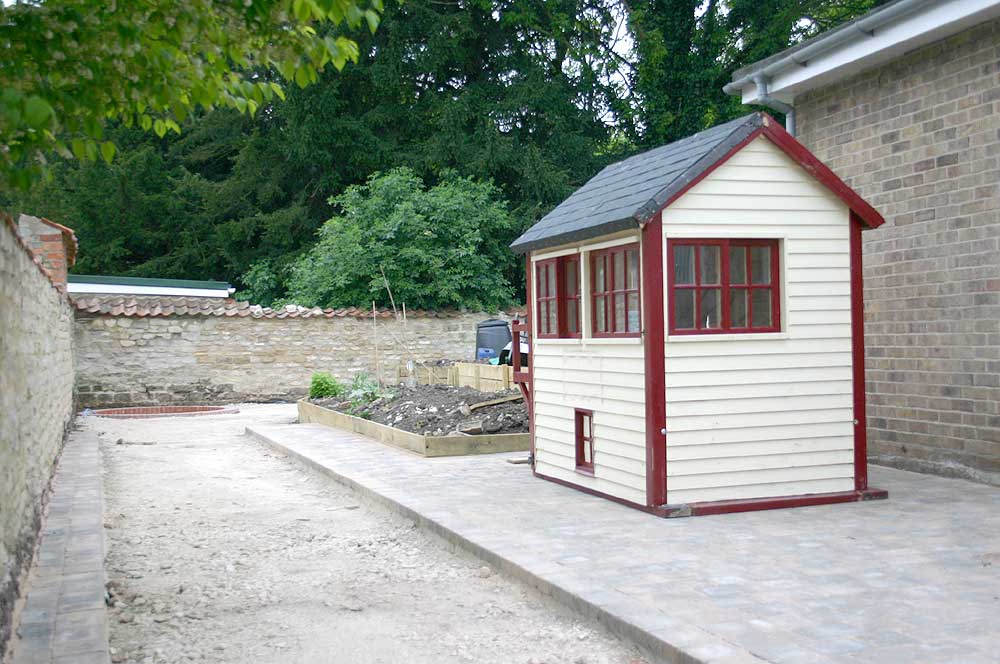 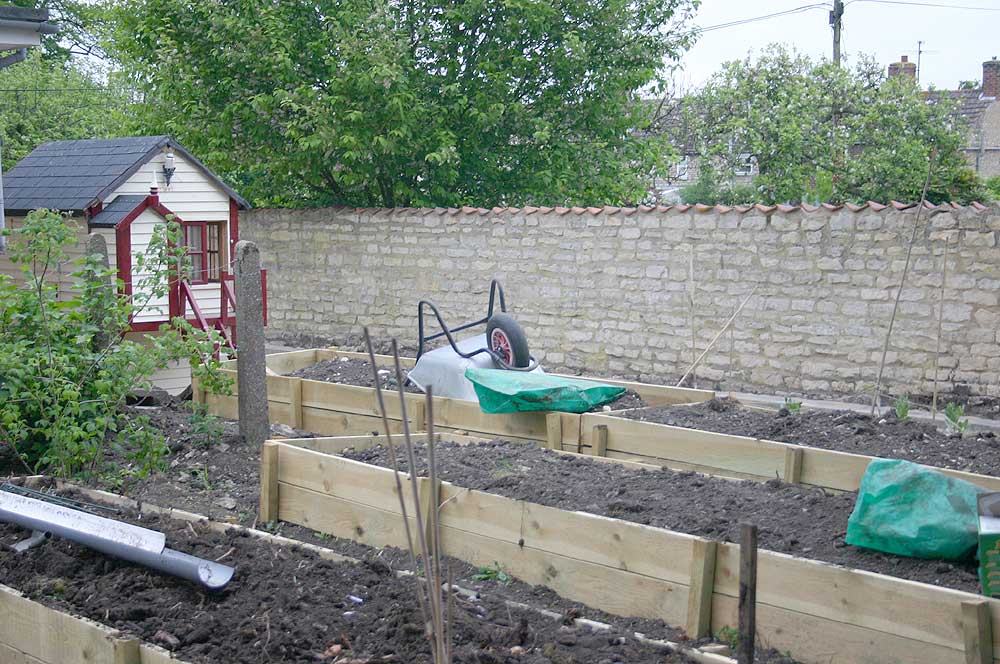 Next week Mrs P has Dal sequestered for non-railway related jobs around the place (having declared that after six weeks non-stop railway building, she wants some of her own jobs done - the woman's a menace). 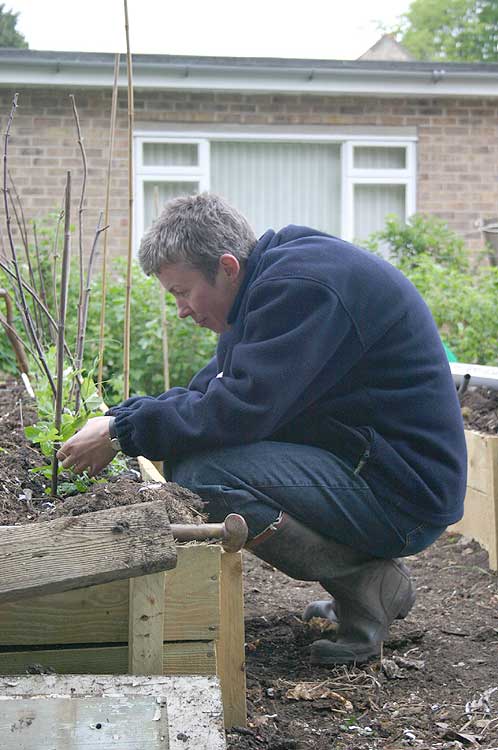 After that we're back making a start on the tunnel. To this end, the plan is to lay a temporary line round as far as the tunnel site, which means that I can load concrete blocks from the platform by forklift into a large bogie ballast truck, thence to the building site 80 yards up the line. 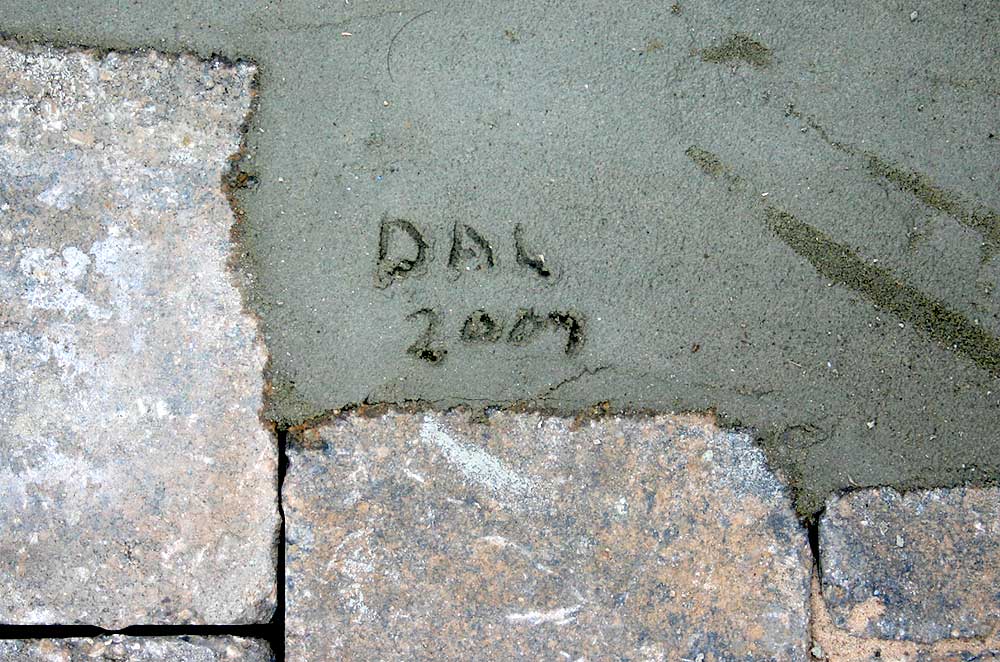 Dal immortalised, we spent the rest of the day trying to keep the dog out of the cement 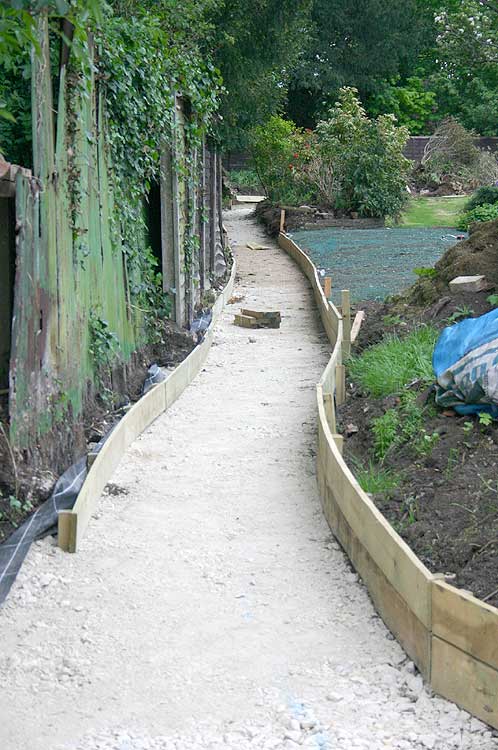 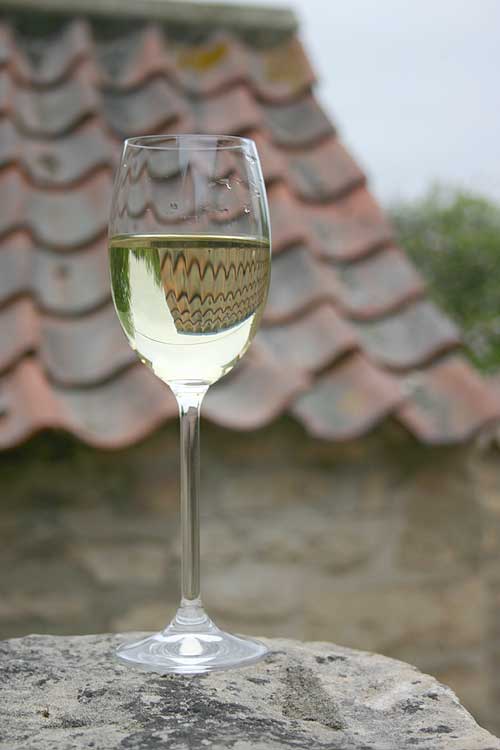