We got in a 1 1/2 ton digger and skip loader today. Bit of an eye-opener, the skip loader - last year I had a 3/4 ton digger in which could fill a wheelbarrow in a bucketload, then I had to jump off it and wobble up a plank into the skip, which was a) hard work and b) slow. With this pair, Dal and I shifted about twenty tons of earth and concrete in a fairly relaxed day.

Don't underestimate the cost of getting rid of the spoil. We kept the good topsoil for Mrs P's new raised beds (whatever they are, but she claims to need a lot of soil), the rest went into skips. If the village skip man were to take them to the local tip, it would have been an eye-watering £135 per skip (and we took out three this morning, with another two full ready to go tomorrow...). As it was, I was fortunate to have somebody locally who would take it, so only paid for the lorry to shuttle them a mile or two. 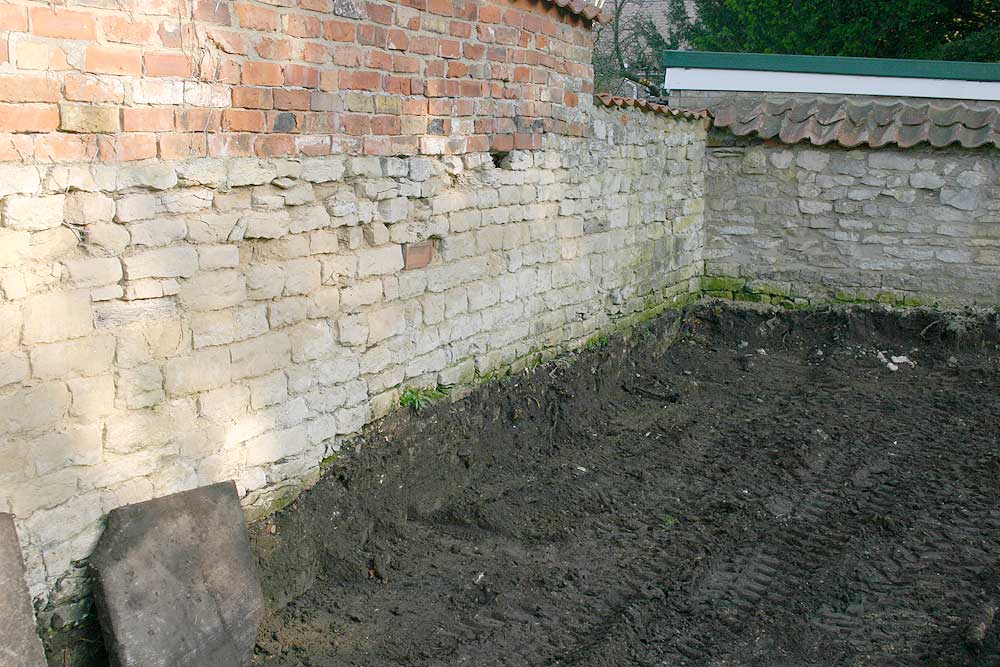 The muddy marks on the wall show around 18 inches of soild removed. The wall has decayed somewhat below the soil line (which is probably what caused the collapse of part of it last year - whilst we were repairing that bit, a neighbour told us that a seventy foot length collapsed into their garden eight years ago and had to be rebuilt, which probably explains why it's in much better condition than the rest).

Once we've cleared out the site, Dal will have a day pointing up and making good - I can't face the idea of ten tons of wall on the newly-laid track. 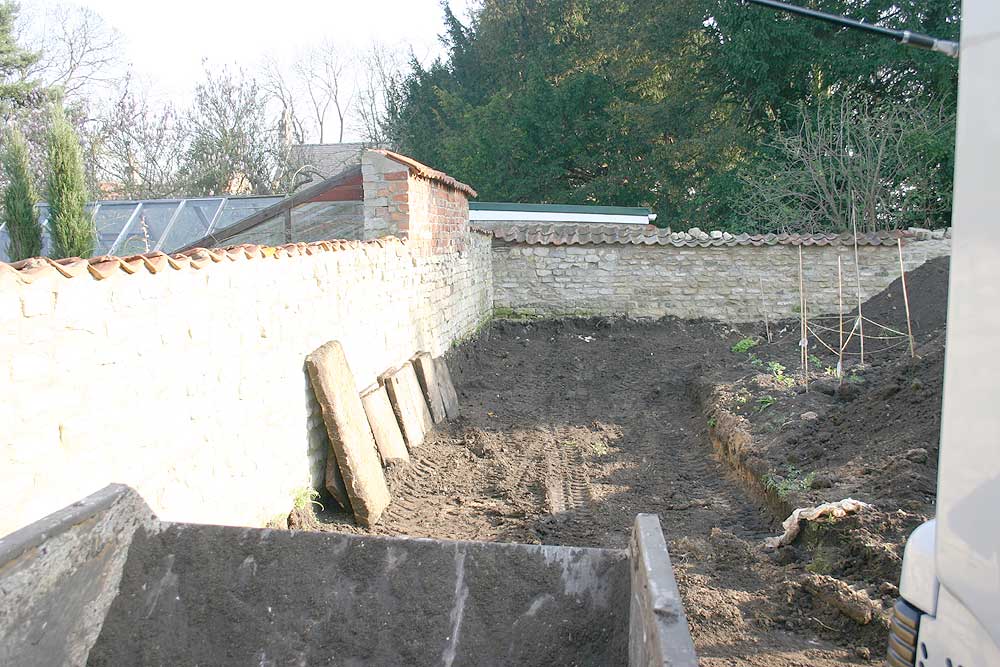