Having barrowed up a couple of loads of concrete and with the prospect of several pallets of blocks and bricks arriving any day, Dal and I took a day out to throw some "rough and ready" trackwork down, if only so we could push a bogie wagon up the line. In the end it took about a day and a half to get the first hundred yards down - no ballast yet but ok to run an engine and wagon up. 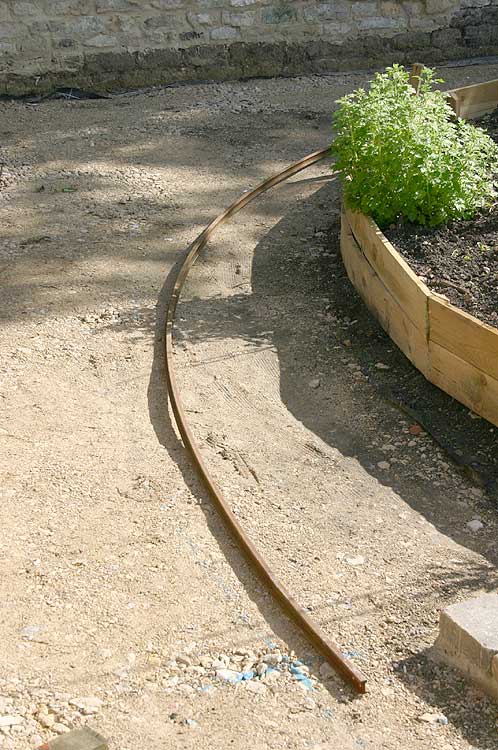 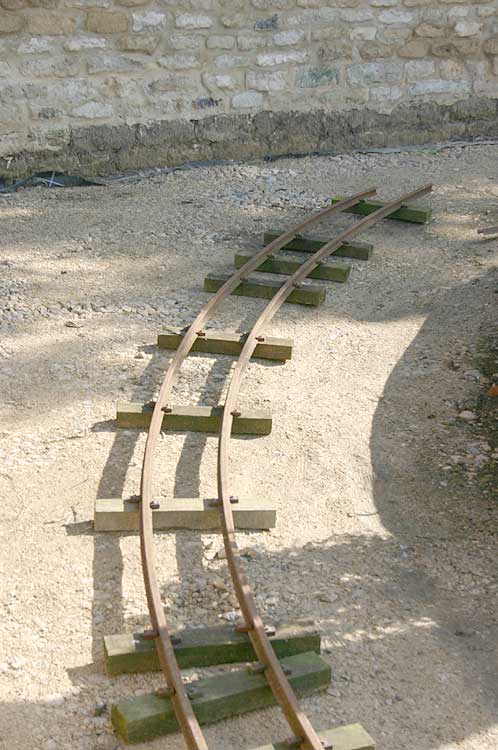 I borrowed a rail bender which mounts off the PTO of a Massey Ferguson - made the job very easy, it's a potent piece of kit which made short work of running up the curves we needed. Inaugural run was on Monday 21st - I brought the petrol-hydraulic shunter up from the workshop and it was used throughout Tuesday on the works train. I haven't had a chance to steam the Tinkerbell yet (largely because, if I do, I'm fairly certain that the work rate will drop to near zero while we play trains). 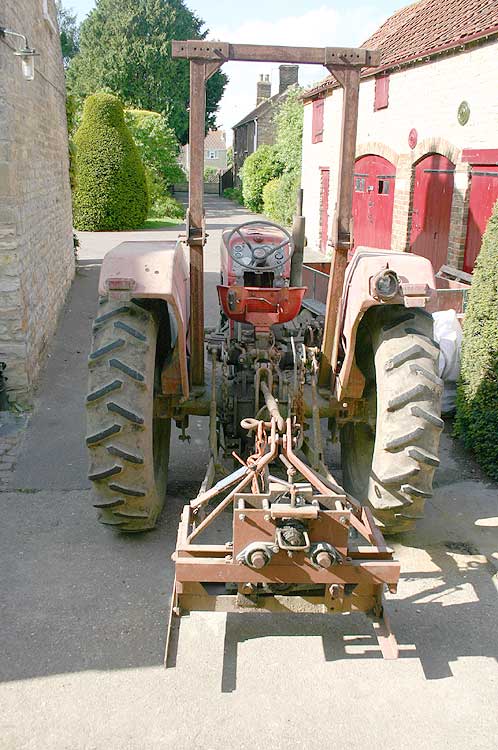 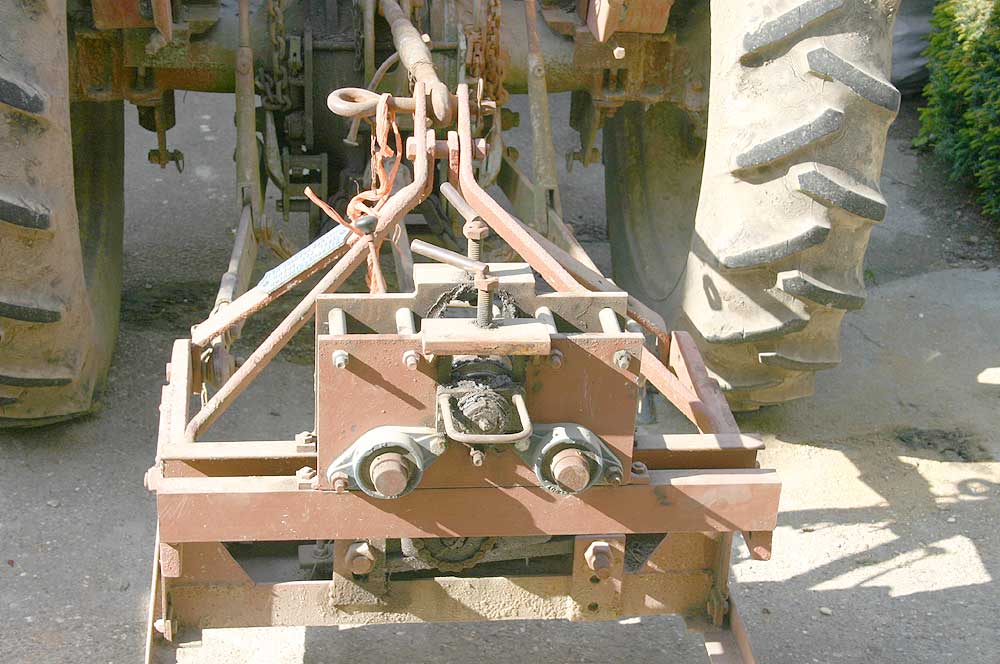 The tunnel had been shrinking from its original designed length as I tried to get a passing loop in at Nocton Halt, the first station out. In the end, we decided it was trying to squeeze a quart into a pint pot - there would have just been room for a very short train in a passing loop which would then have required a vicious curve to carry on up across the old tennis court. Having deleted the loop, the tunnel has regained eight feet of its original length and now runs through nearly ninety degrees, which should be rather exciting in a dark sort of way. 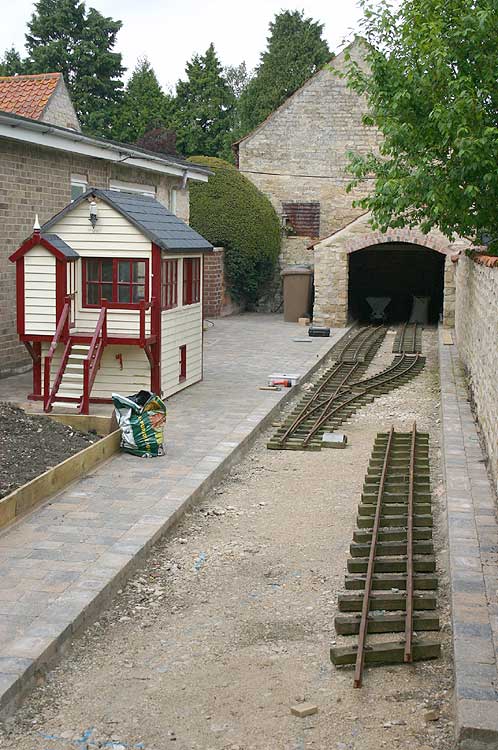 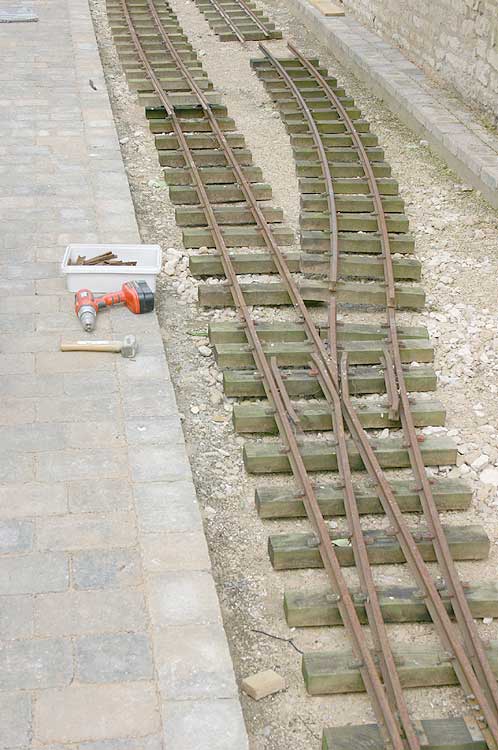 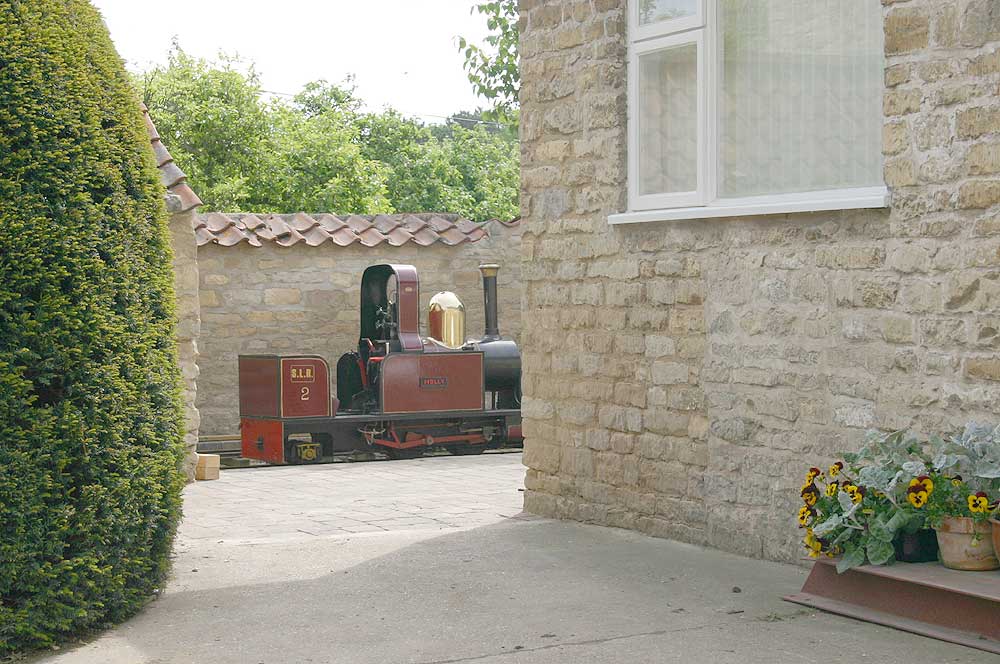 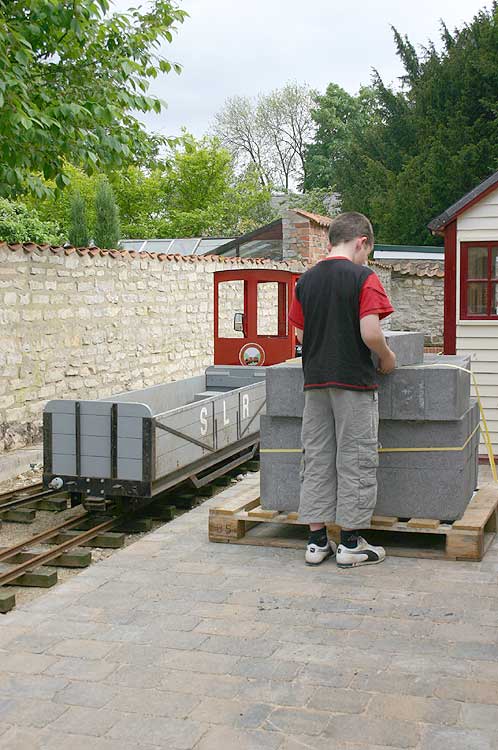 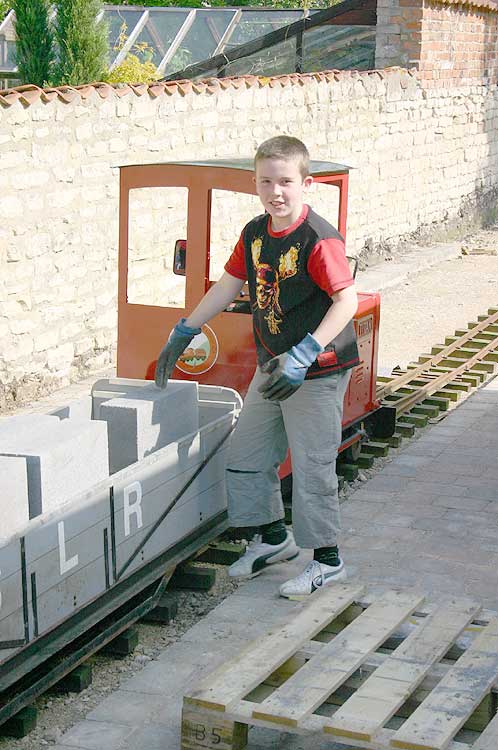