The house we live in is about three hundred years old in the old bits, and about two hundred in the newer bits. There is an old barn alongside, of great age which, 150 years or so ago, was converted into stables and a coach-house. The house was owned by three generations of the same family, the grandfather, father and son were each the village doctor from 1916 until the grandson retired in the 1980s. We bought the house from him (a super chap, now in his eighties - born, educated and spent his entire working life in the house - and still a regular visitor).

At the time the barn was converted, a cottage was built at the end of the drive for a man to look after the horses and drive the doctor about the district. From stories we hear, it was pretty miserable sitting out on the fen in the small hours if the doctor was called out in the night.

The garden is about an acre, roughly square with the house in the middle. There is an old pigsty attached to the stables, ideal for an engine shed. From here the track will run around the back of the vegetable garden and along the South boundary until it curves round to a passing loop behind the large hedge on the Western boundary - it will be like running into Tan-y-bwlch at about 1:32 scale! 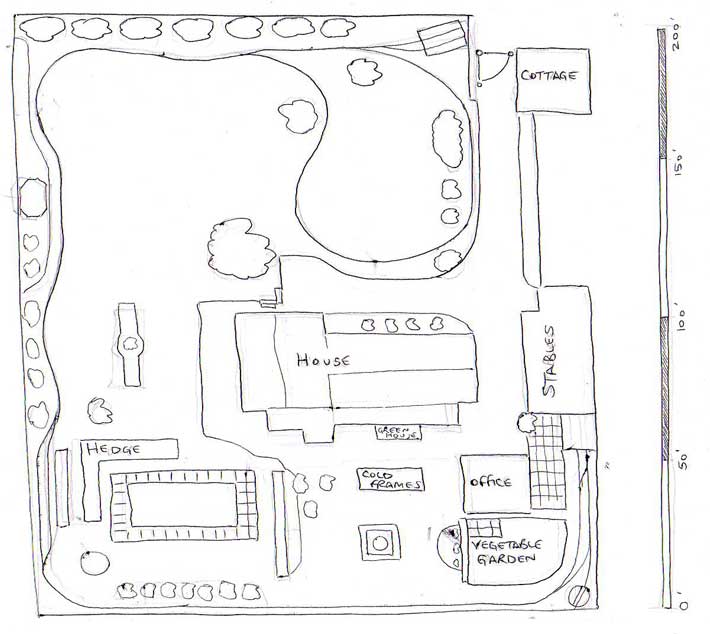 Getting to the passing loop has been deemed to be phase 1. This is important for a couple of reasons: first, it gives a (hopefully) achievable target, rather than tackling the entire thing. Second, Mrs P has demanded to see a suitably high standard of construction and aesthetic standards before allowing the digger into the rather more formally laid out bits of the garden in front of the house. 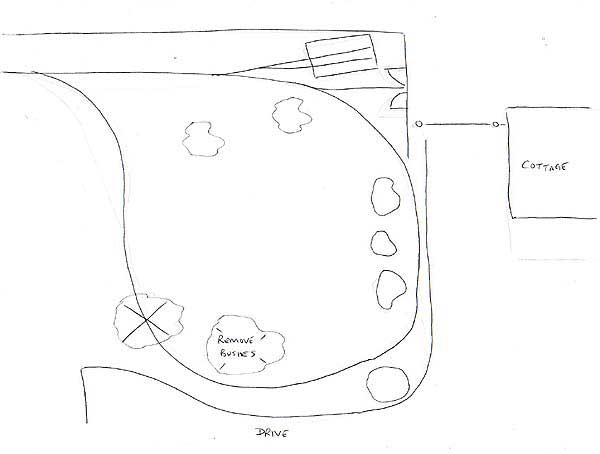 Phase 1 gets us to the passing loop, phase 2 will continue to a balloon loop around the front of the house. By using the time-honoured "count the same bit of track twice" scheme, total run from station (adjacent to the engine shed) out to the balloon loop and back will be almost quarter of a mile, which is three or four minutes run (providing Sam's not driving, in which case it comes down to about 90 seconds). Given that you can't see one end from t'other, I'm hoping that it will feel like a proper railway that goes somewhere.