We've had three twelve ton loads of stone delivered over the last week. It's 50mm crusher-run limestone, otherwise known as "2 inch down". First truckload was uneventful, second one the driver got it wrong and broke a beautiful Victorian cast iron gate post, which is a tragedy. I'm hoping it can be repaired, but I felt murderous all day afterwards. 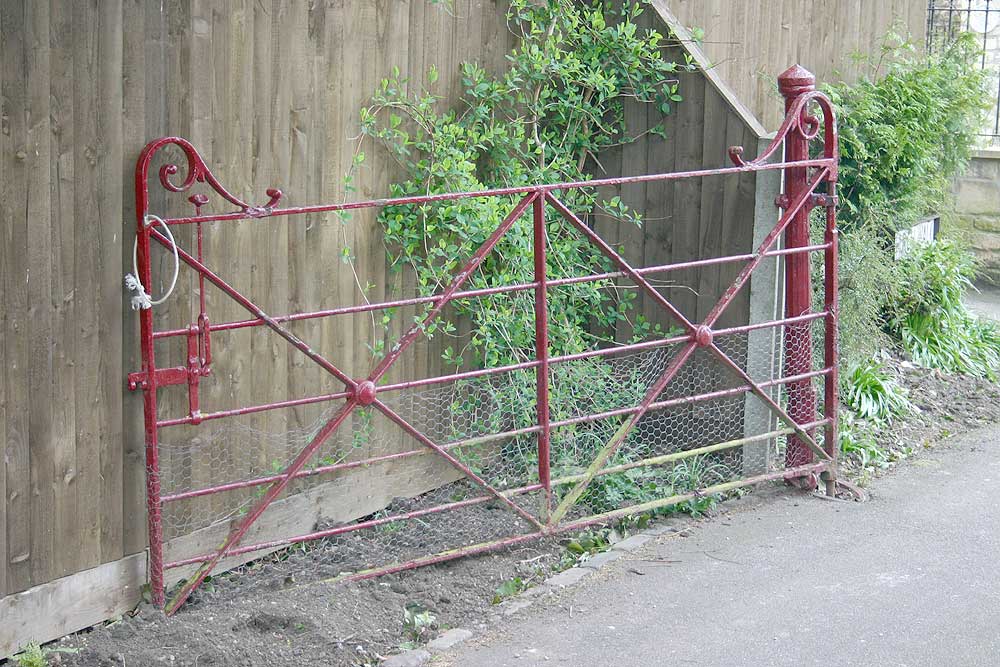 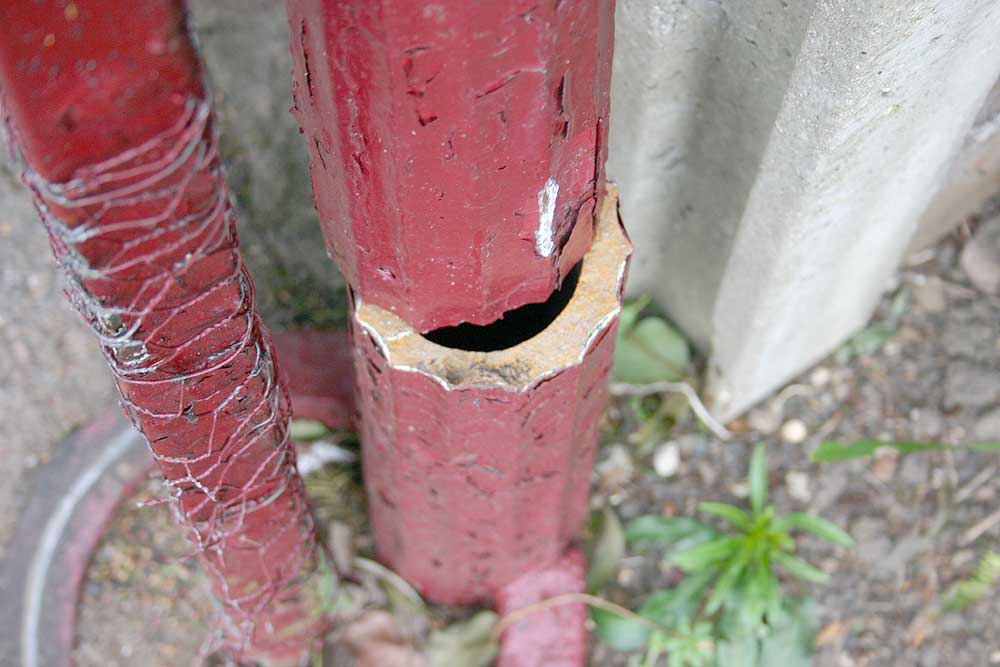 Thirty-six tons has done the first hundred yards of track bed, including the large station area and rather smaller run round at the far end. We've put Terram under the lot. I ordered up a hundred pressure treated gravel boards and a couple of hundred stakes to shore up the sides - I don't want garden muck falling onto my nice clean stone! 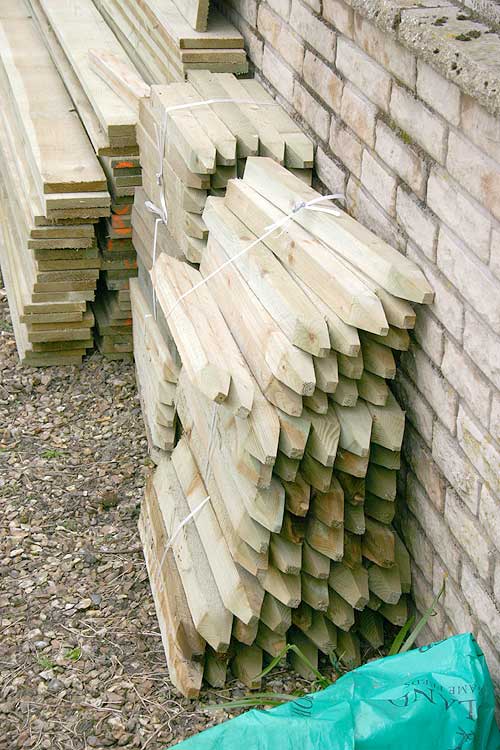 Given the accident with the stone lorry, we stopped the timber truck outside and loaded it all into my van, which then wheezed down the drive, its springs complaining somewhat. 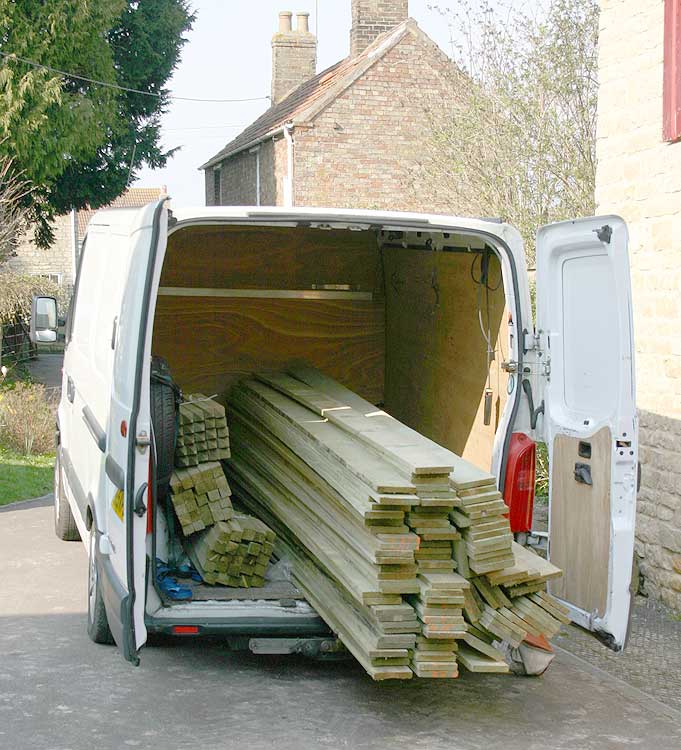 That evening Sam gave me a hand for an hour shifting it all round the back. 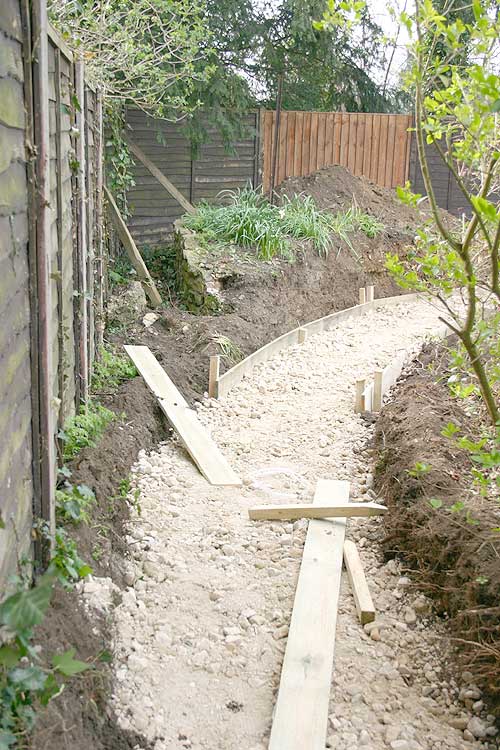 Looking West - this is where the tunnel will start 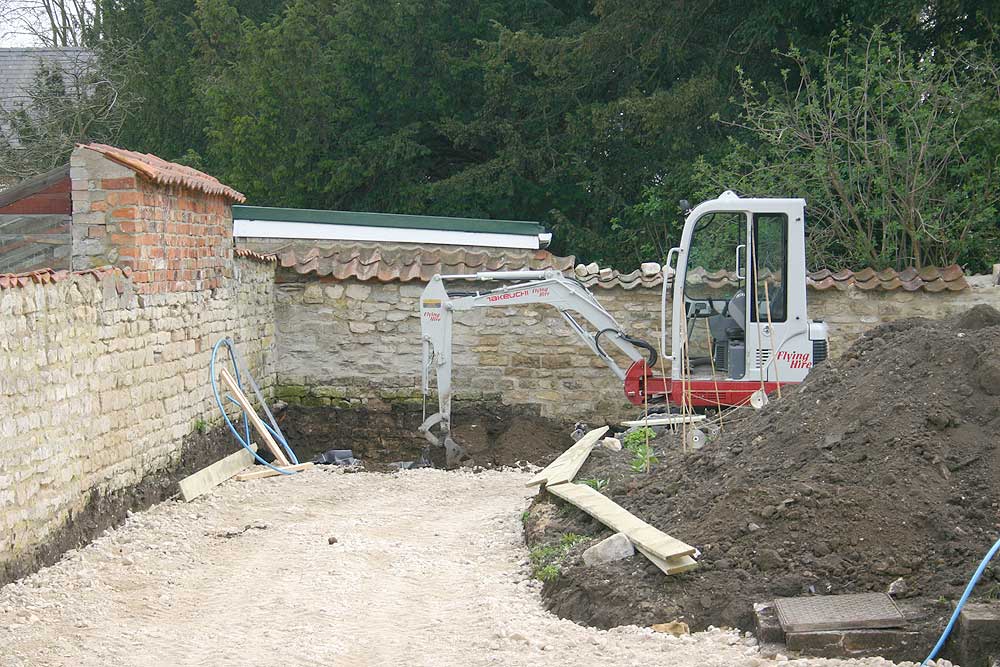 Little digging jobs continue - the digger goes back on Friday, so Dal buried a supply pipe for the water tower and took out the turntable pit. 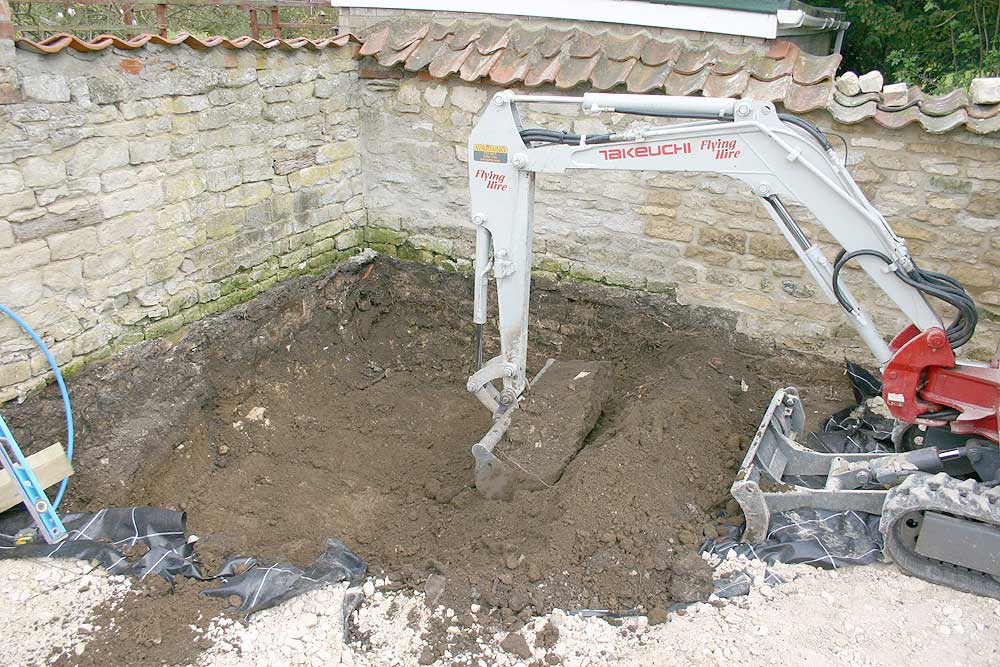 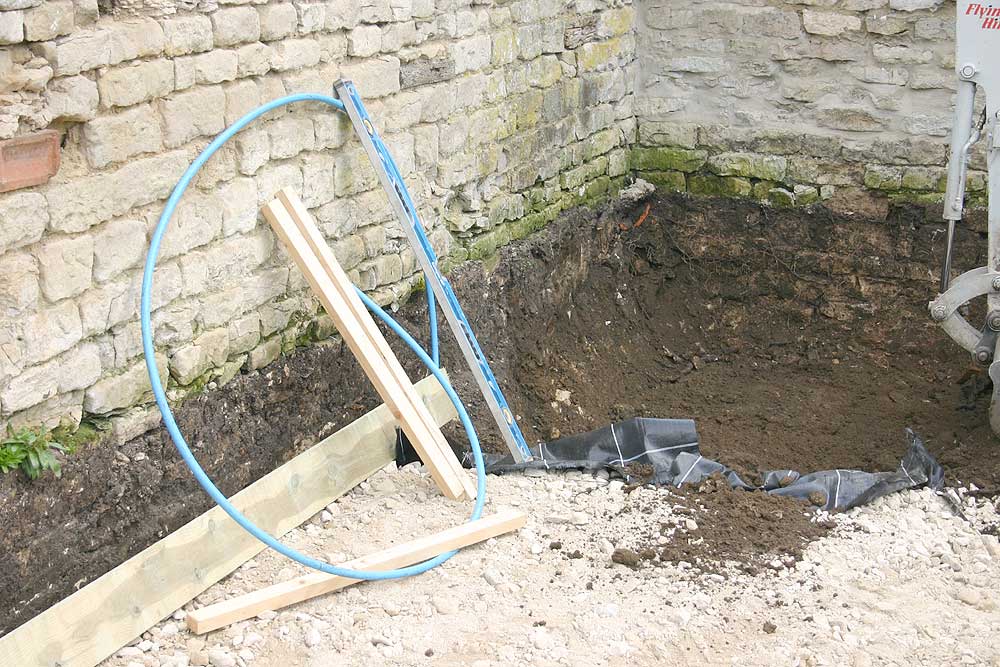 The ex-Oldown turntable beam I have is destined to be shortened - it is currently 8' 2", which was fine for engines they used to have there (although it still couldn't turn my K36 - we used to have to uncouple the tender every run, which became a bit of a chore). I intend to take it down to about 6' 6", which will cope with the Tinkerbell.

Mrs P has been talking about wanting raised beds for the vegetable garden for some time. By way of reparation for the mess we've made everywhere else over the last two weeks, Dal and I spent an hour this afternoon knocking some up - it is much quicker to fill them while the digger is here. 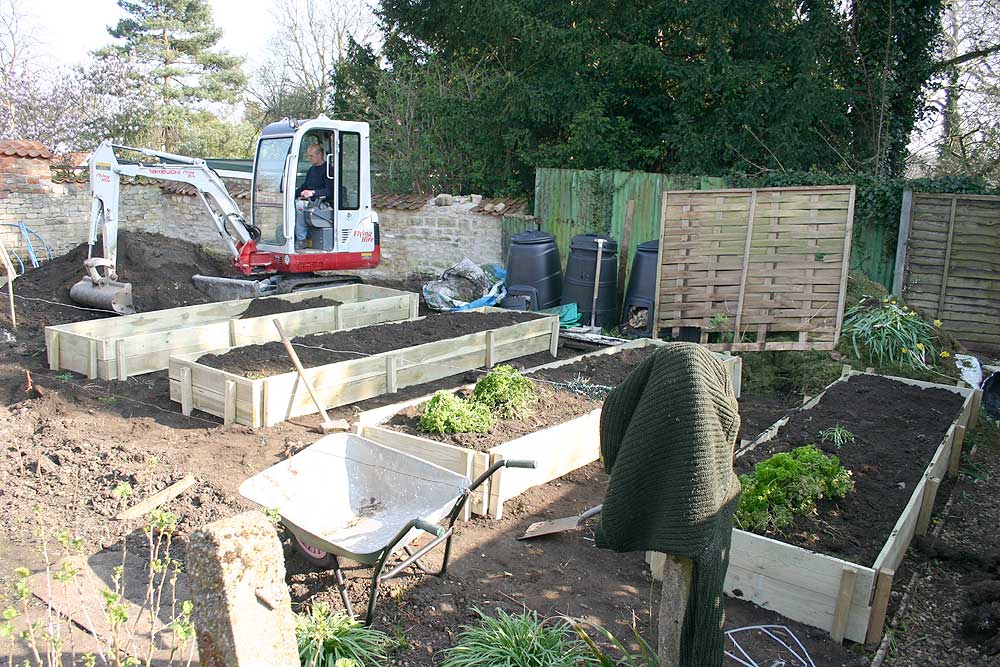 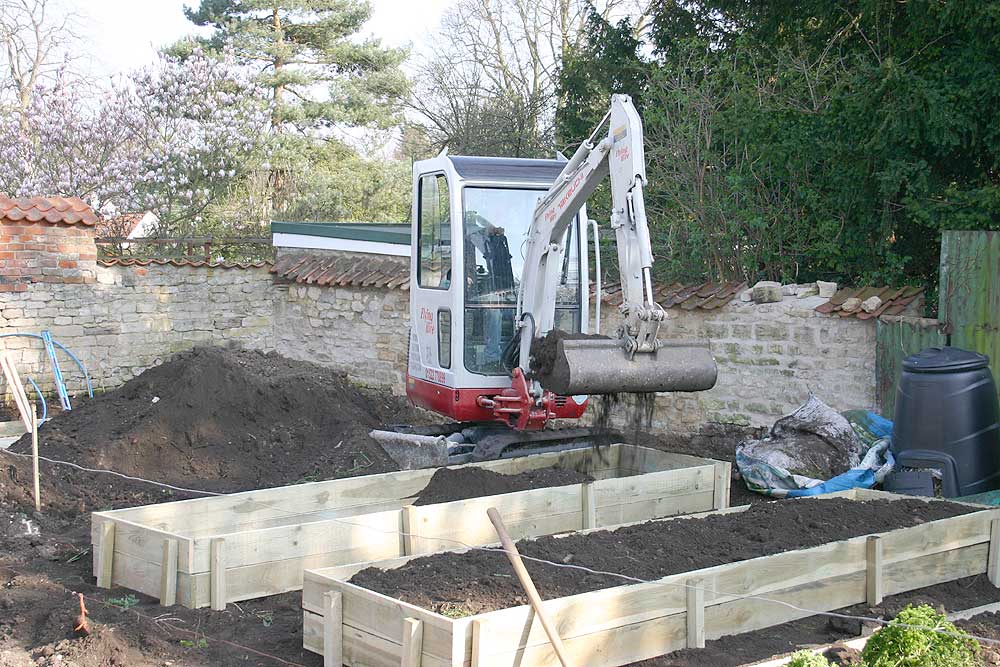 Friend Martin, who is building a rather more ambitious railway on his estate in Scotland, visited yesterday. Just to make him feel at home I took him down to the workshop in a keen Fen wind where he nearly froze to death while we steamed one of the recently acquired Tinkerbells. We were both very taken by how well it went, I think it is likely to be a keeper for the railway here (I can't have both, there isn't enough room in the engine shed). It was only when I got him home and warmed him up a bit that he told me that Dumfries has a prevailing mild climate - and I thought the Scots were all hardy (even the incomers). 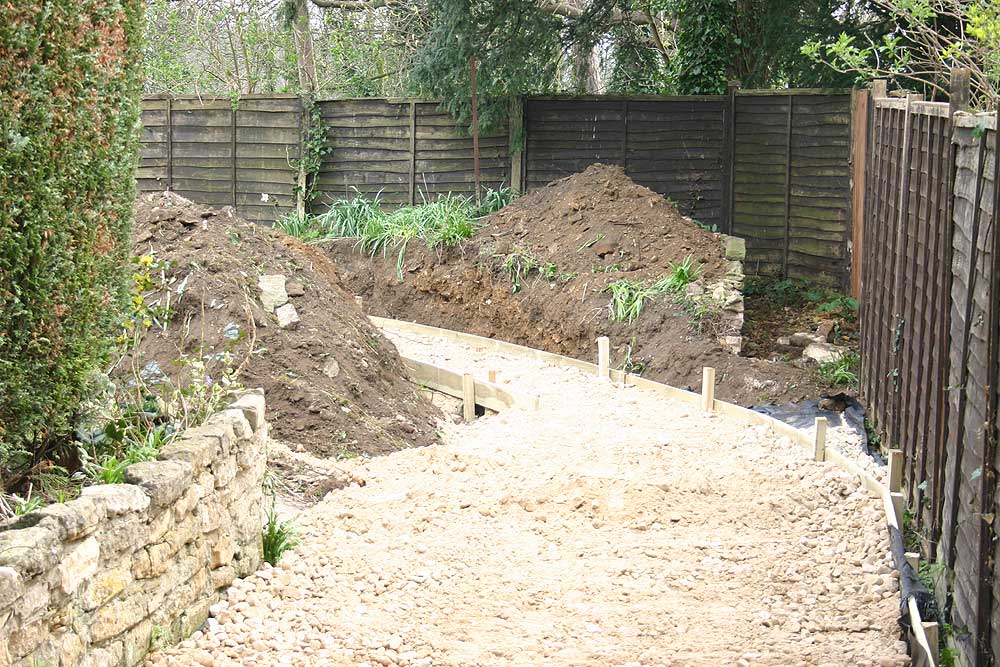 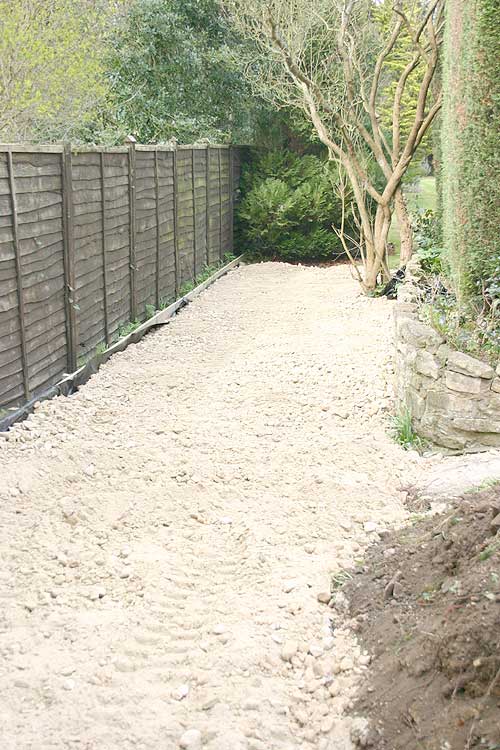