Having carefully picked our way down the back of the rhododendron bed, a tight fit for the digger twixt shrubs and fence (and inaccessible to the dumper) the last major obstacle was an old and rather untidy rockery, formed thirty years ago when an earlier civil engineering project in the garden required a very large hole to be dug, the spoil from which was piled in the corner of the garden. 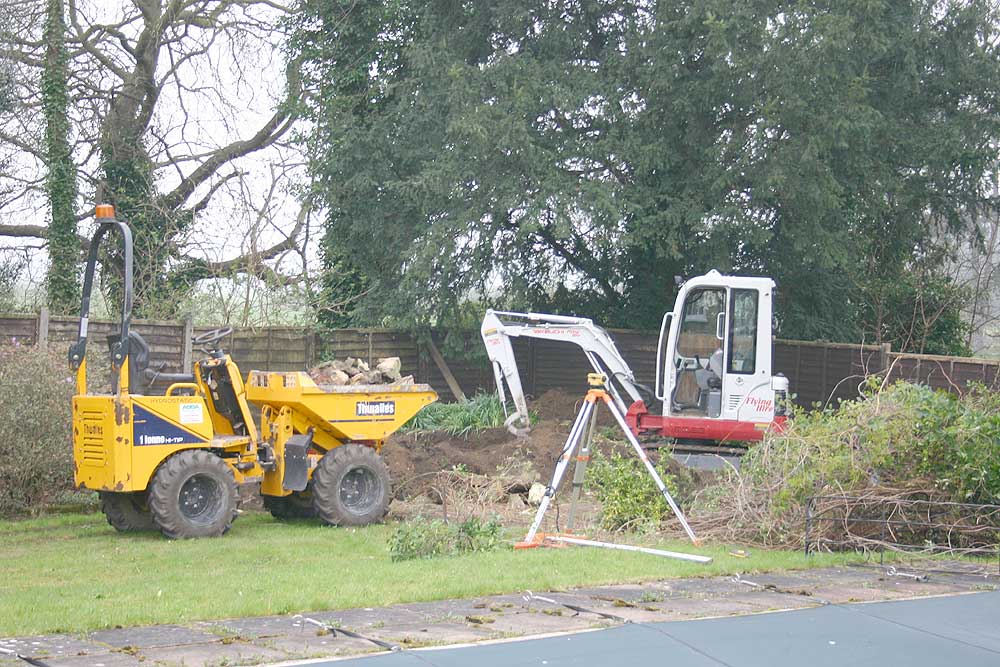 This marks the end of the serious digging for phase 1, we now have the first 100 yards of fairly level formation. In the last two weeks we've moved around 25 tons of earth and 15 tons of rock and concrete. Some of the earth is required for future projects around the garden, so has been stored in rather impressive mole-hills around the place. About three tons was used to level off a bit of the lawn, this will be seeded as soon as the digger moves out. 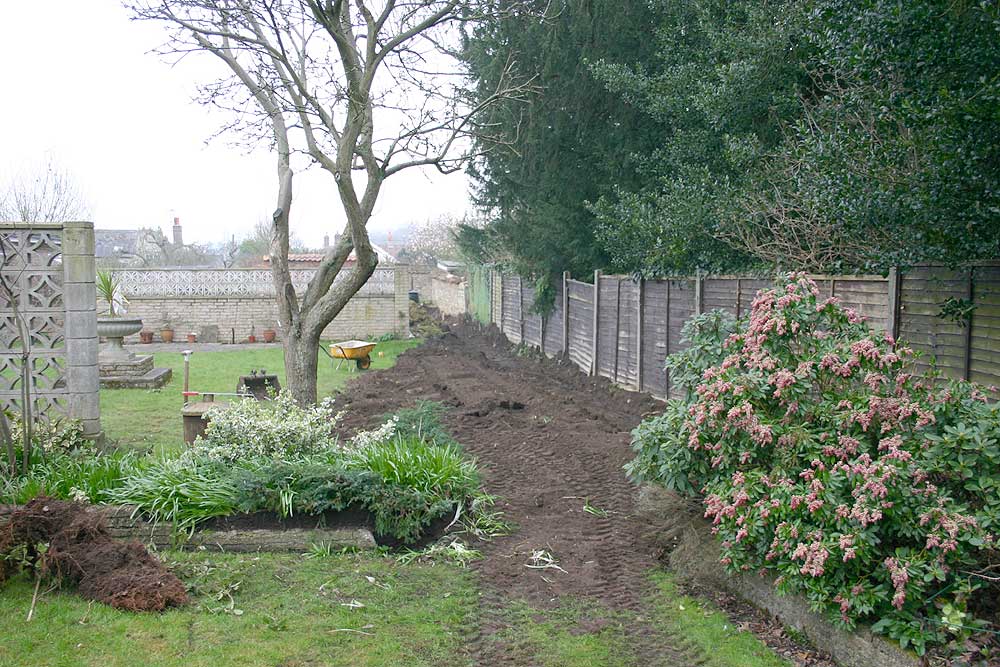