SRS Blog > Fixing the roof and a new kitchen

Whilst I've been head down working at one end of the workshop, Dal, our ace builder, has been working at the other. When I first moved to the new units in January 2006, all three were in a fairly run-down state - the previous occupants had gone bankrupt, leaving at rather short notice over a Bank Holiday weekend. After all the legal wrangling had finished, it was months later they were actually put up for sale and nearly a year until I got the keys. During this time the council (the previous owner) had kept them locked up - unfortunately still with a fridge full of food in one room and a large water heater left switched on. We arrived to a very smelly kitchen and 50 gallons of boiling hot water in a cistern (which, whilst the units were empty, had run up an £800 electricity bill).

Over the first three months we refurbished two of the units which are now bright and clean and very nice to work in - you'll be glad to hear that the occupants of both are very happy there. That left only the last unit to refurbish, which has been slow going given that the entire plant and stock of Station Road Steam was installed there the day we moved in and it tends to get in the way of the builders and decorators. At last the place is now starting to look a little more respectable, since Christmas one of the old toilets has been knocked down and a new kitchen put in. 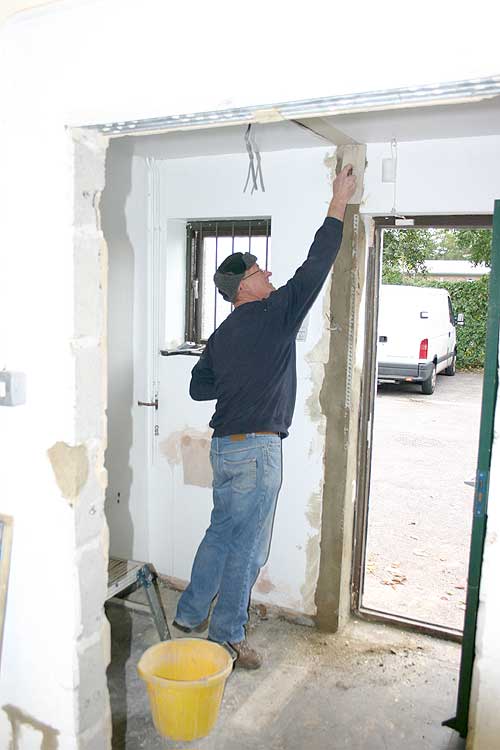 Outside, we had problems last year with the roof, which had a loose sheet at one corner. A local hot-shot roofing contractor duly arrived, nailed it all back together again and sent their bill for £700. Six months later, the sheet was loose again in exactly the same way, so we asked him back. "I'd have never done it that way" quoth the man they sent. "But you did", we said, "when you came six months ago". "That wasn't me though, it was my mate". Ah, to go back to the days of an honest job and collective responsibility. They came back with a quote for £1600 to re-do the job that they'd already had £700 for, in the end Dal came in and did a super job in half a day.

Yes, I know we should have got Dal to do it in the first place, but he doesn't like heights - in the end I coerced him into doing it by providing some serious scaffolding, which made the job ten times easier. 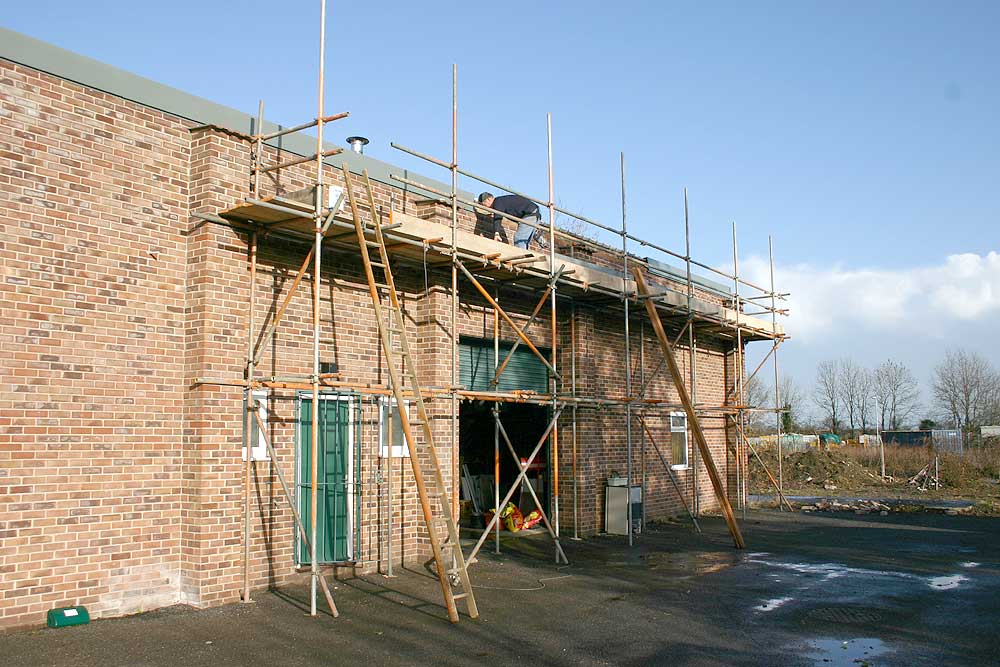 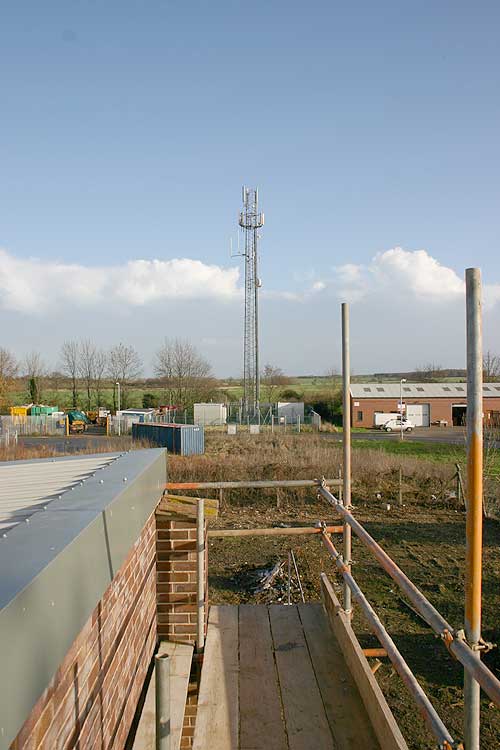