Built by Exmoor Steam, "St Christopher" weighs in at nearly four tons and needed the help of our local crane experts to collect and get back to the workshop. 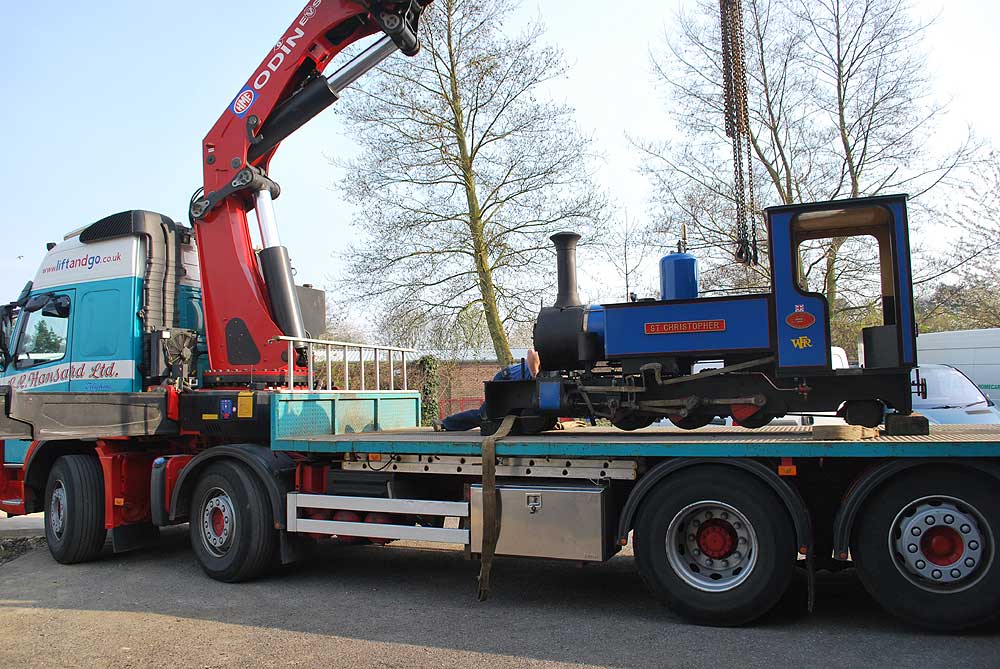 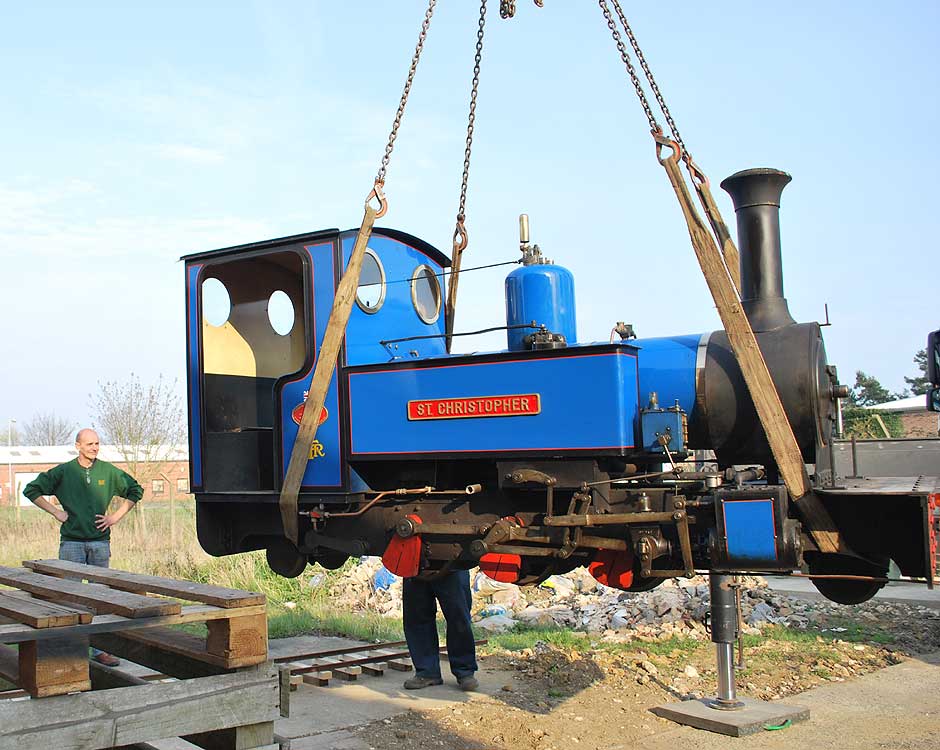 Apart from a minor holdup collecting the engine in the morning when an air-hose ruptured on the truck, the rest of the day ran like clockwork, with the engine touching down in Lincolnshire late afternoon. There was no time to clean it before the boiler inspector called two days later - at nine years old, we decided it was sensible to strip the engine for its ten year examination and hydraulic test before steaming it. 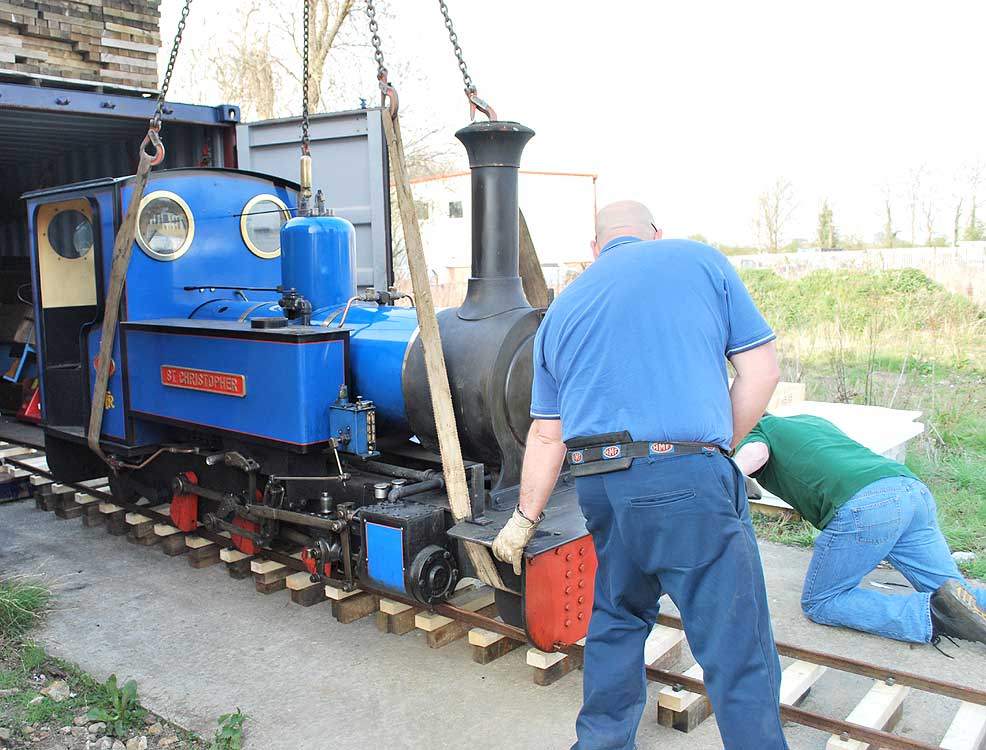 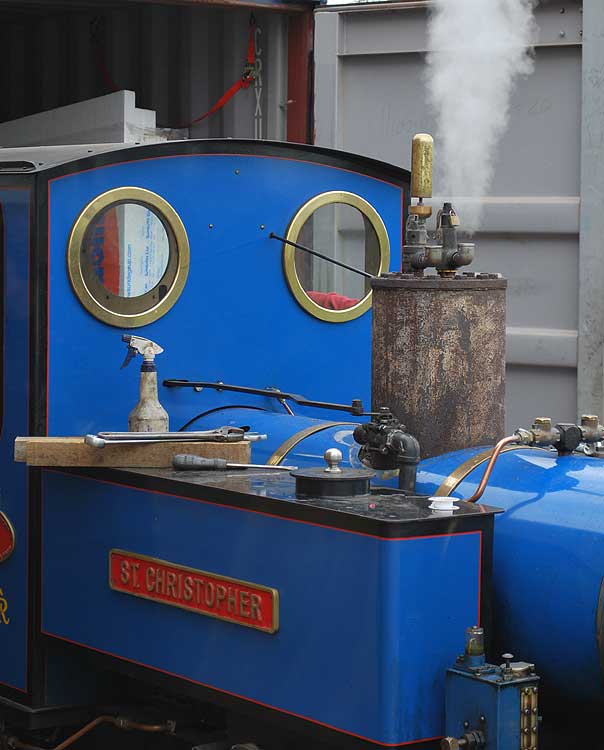 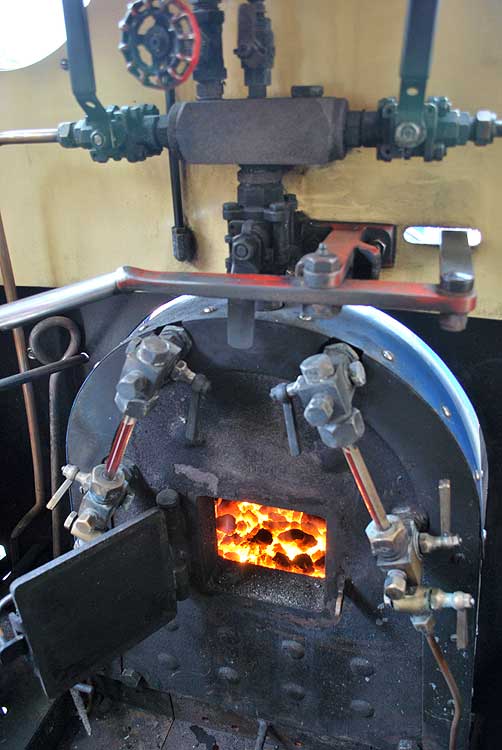 More pictures and further details to follow on the "Locomotives" page in due course.