The Kirton Light Railway is the result of ten years work by one man, an extraordinarily accomplished engineer who over a long and productive life seems to have turned his hand with great success to a multitude of different things.

Coming to model engineering later in life, in 1997 he built his first engine, a Romulus. Pausing briefly to construct a track around the garden featuring, amongst other things, fifteen feet radii and a 1 in 10 ruling gradient, in the nine years since he has produced a further six locomotives. All are large, narrow gauge style engines often based on published designs - well-thumbed copies of Tinkerbell, Romulus and Sweet William drawings reside in the workshop - but with many novel ideas and idiosyncrasies unique to the builder. 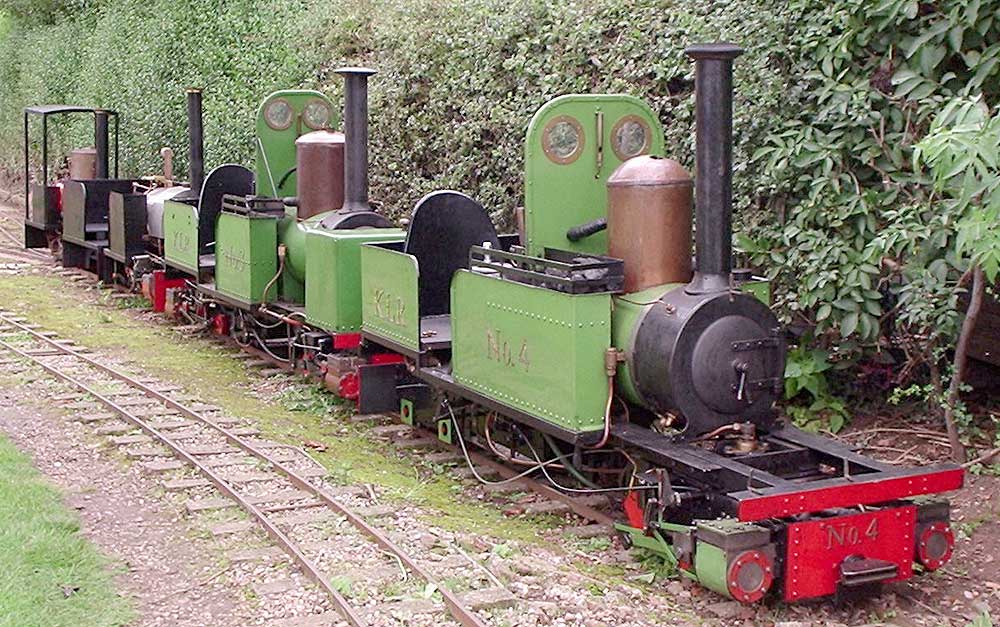 The two original engines, a Romulus and Tinkerbell, came here a couple of years ago. The Tinkerbell is nowadays in regular revenue-earning service down in Somerset. The remaining four engines from the railway have had little use in the last couple of years - they have now gone to make room for a new project, the boiler and chassis are already in his workshop. Only hold-up at the moment is a six month sabbatical whilst he learns to fly a paramotor...

We had a grand steam-up at the KLR on Tuesday with Ian the boiler inspector and David, who came to provide an extra pair of (very welcome) helping hands. By the end of the day two engines were cooling down in the back of the van, the other two were back in the shed awaiting collection. 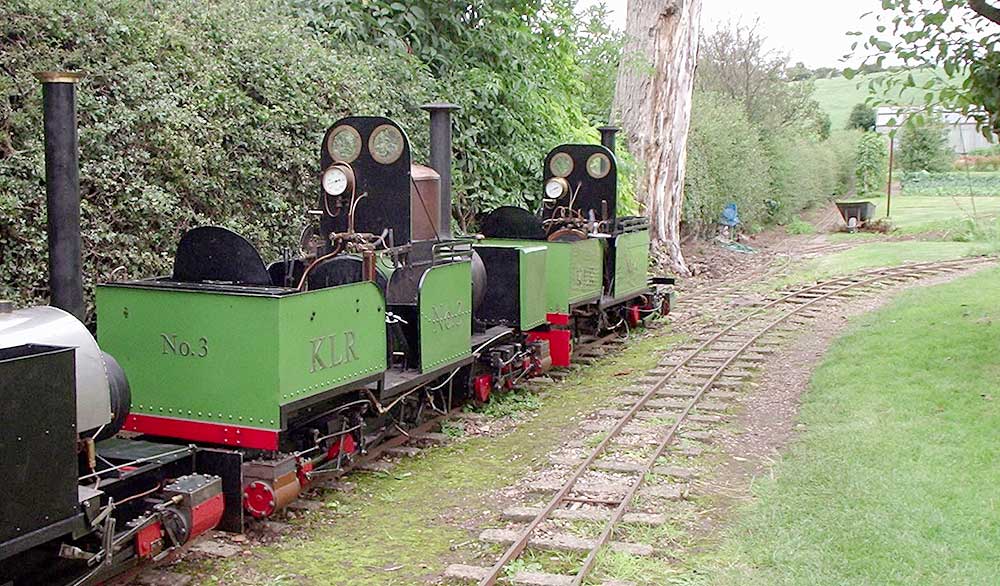 All the engines are functional rather than show quality, paintwork is not something that has ever concerned the builder a great deal and his plumbing is about as good as my knitting. However, underneath there is a good deal of robust engineering (with all wheels running in roller bearing axle boxes), a wealth of practical features like large, easy to get at blowdown valves and sound, professionally-built boilers, none of which have had a deal of use - by the time you've built six engines in nine years, there's little time left for steaming them!

The engines are all in running order, all with new boiler certificates. They are listed on the projects page as requiring, to a greater or lesser extent, some tidying up or general fettling - my own feeling is that they would make good running "improvers" with new fittings, sympathetic re-plumbing and some paint.