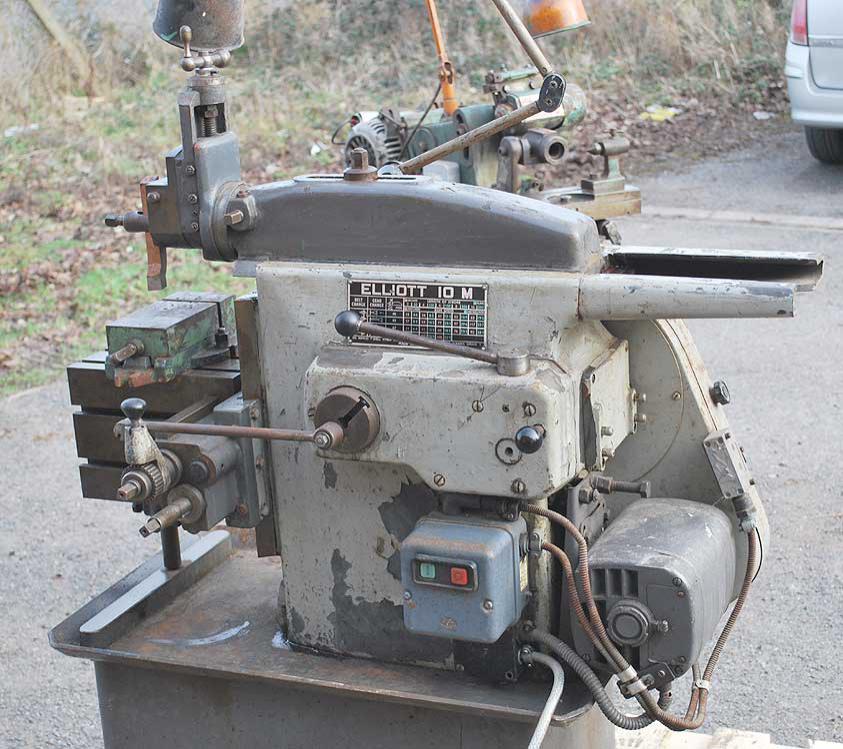 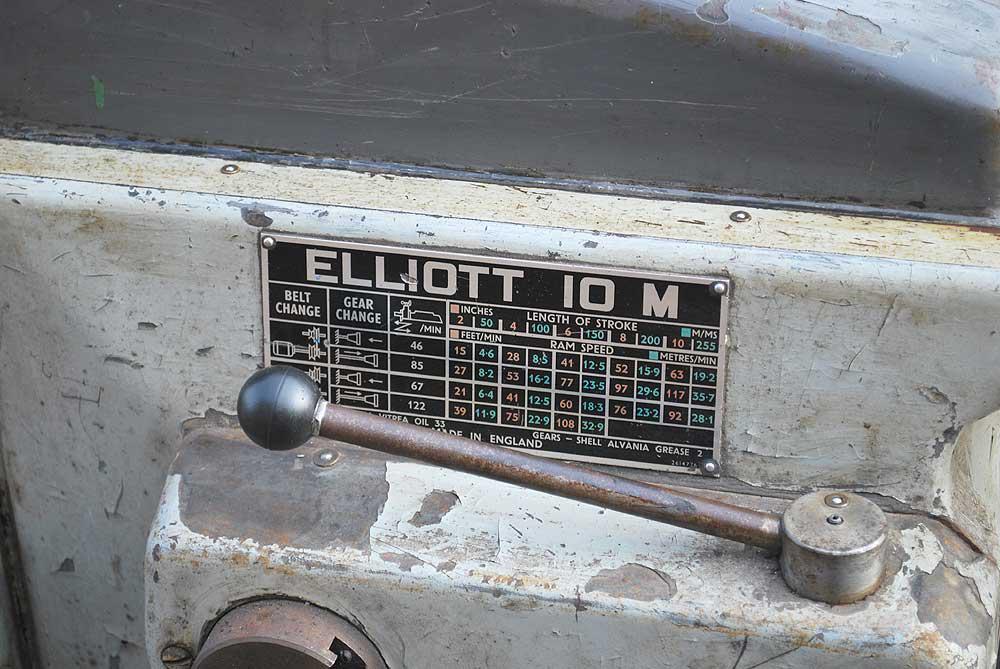 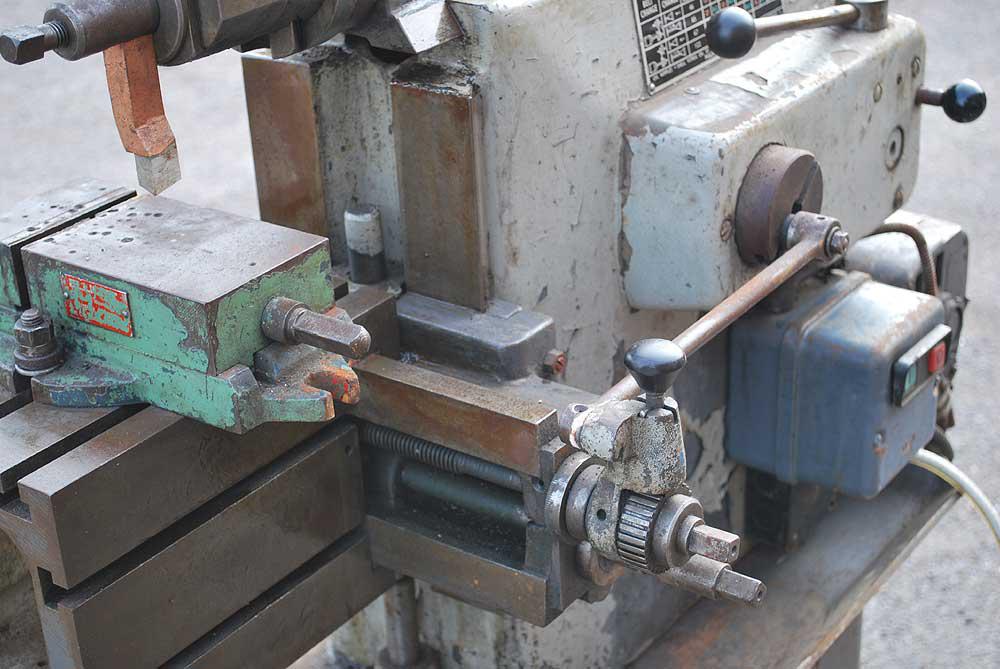 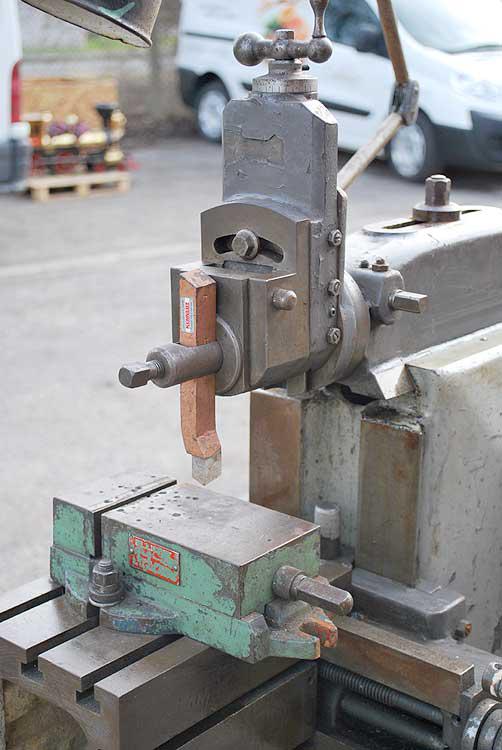 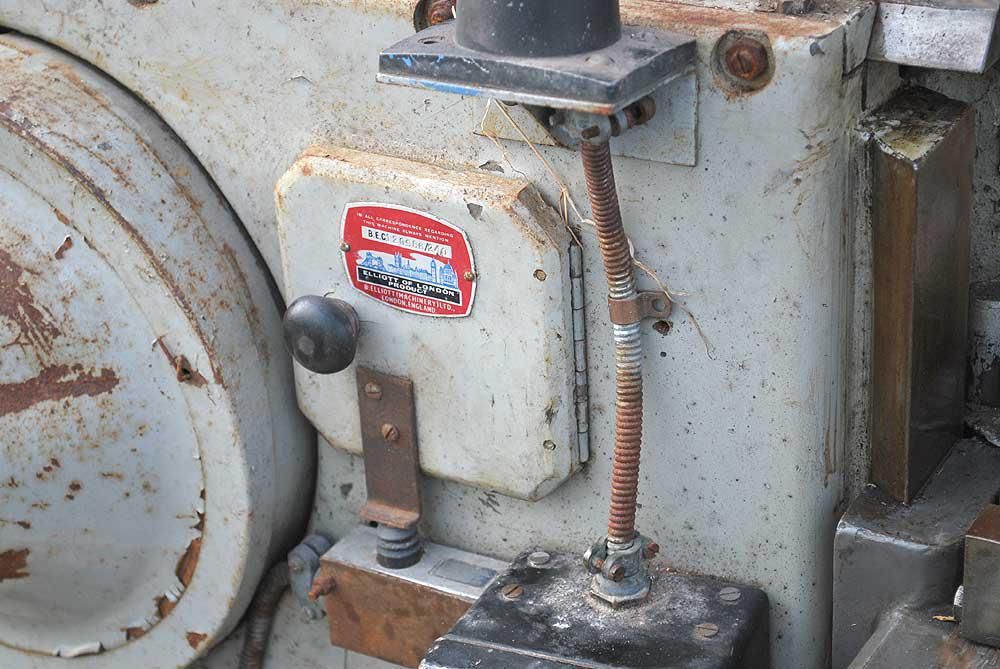 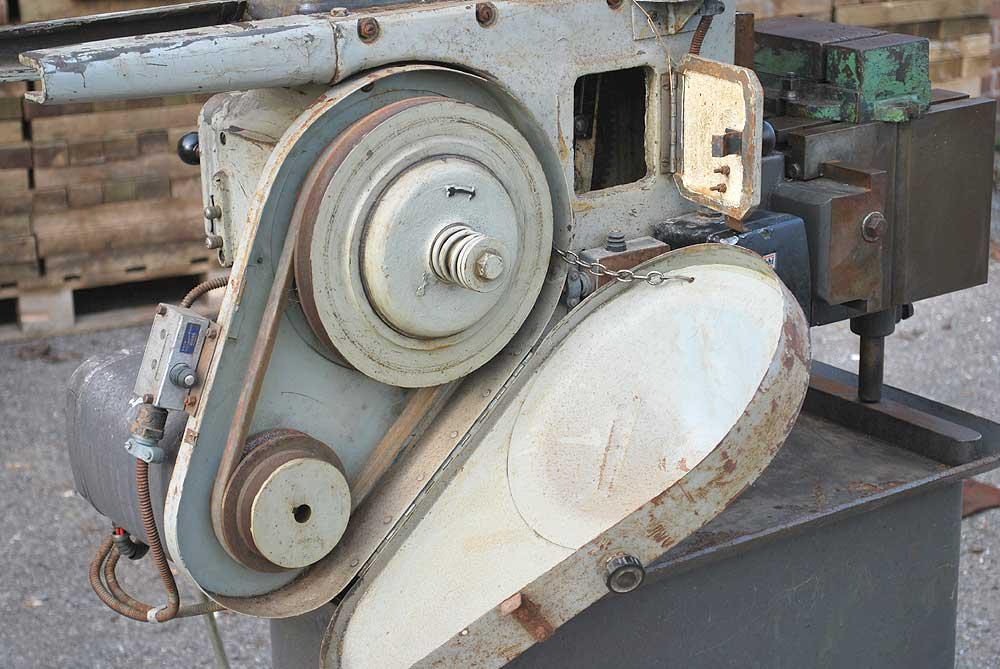 One of the first machine tools I ever owned was an Alba shaper, from which the Elliott 10M was developed. When running it was a most soothing presence in the workshop, the ram swishing back and forth was rather like having a longcase clock ticking in the corner. In time I bought a big vertical mill, convincing myself I wouldn't need a shaper again so sold it. Within twelve months I missed it and bought another, this time making the mistake of acquiring a huge thing (bigger workshop by then) which was never as nice to use - it didn't make the move up to Lincolnshire with us five years ago.

Now I find myself looking rather wistfully at this one, trying to convince Geoff that it would be dead useful for all those keyways and gears we might need...

A bit scruffy looking, but substantially in good order, it runs freely, none of the castings has been broken or similarly abused, worktable is in good nick and even the vice is not too bad (although with the standard longitudinal scars across the tops of the jaws endemic in shaper vices).

Electrics are three phase, although a motor change would be a straightforward job.

It has power feed to the table, the machine runs from 46 to 122 strokes per minute with clutch to disengage the drive.